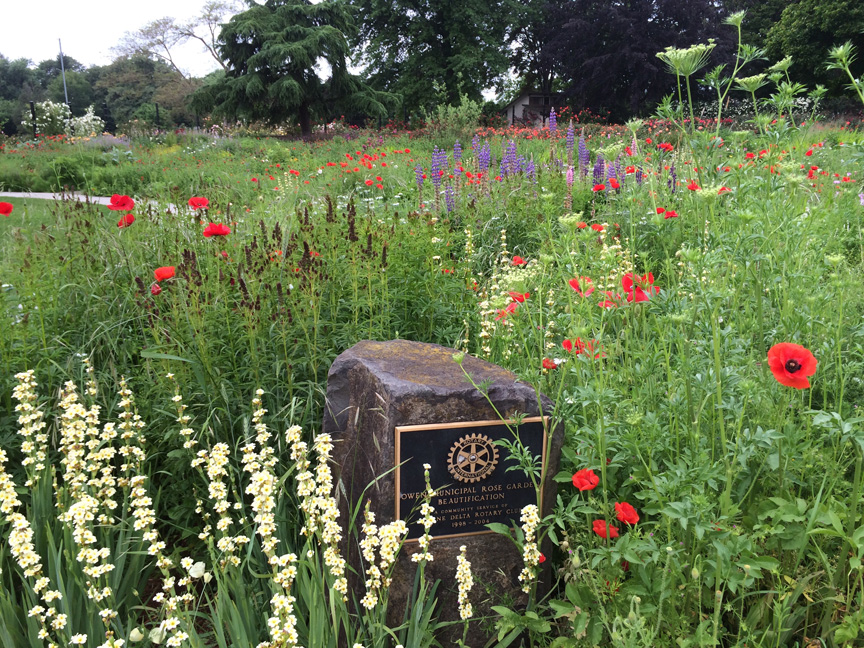 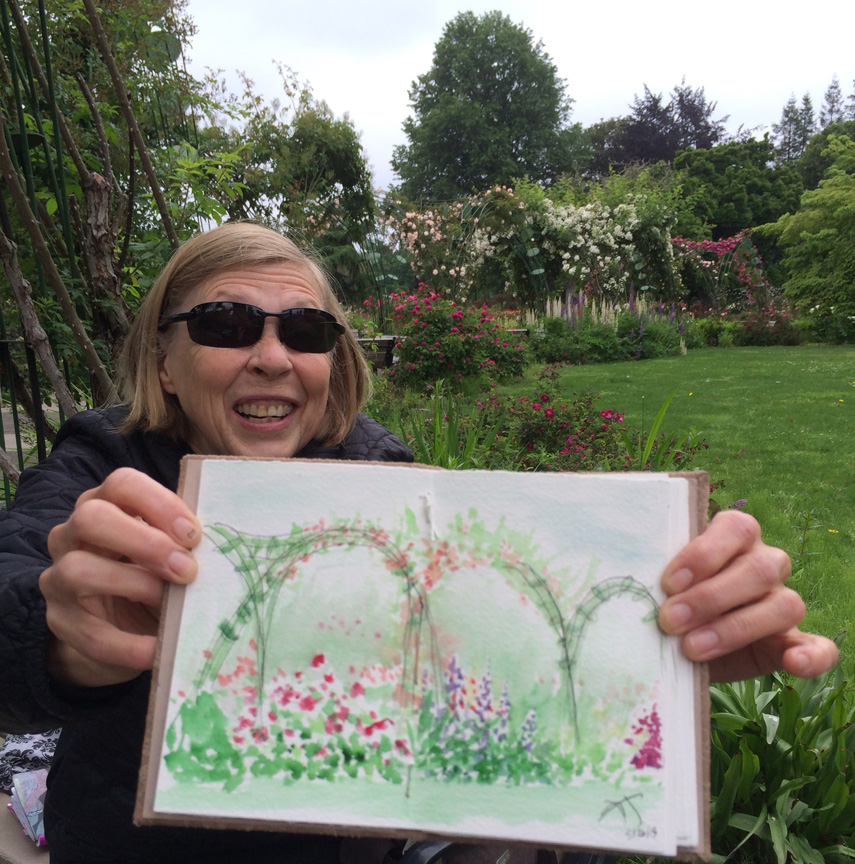 While there were lots of roses, there were also lots of other flowers blooming. Barb Shirk holds up Jane’s sketch of the rose arch behind. 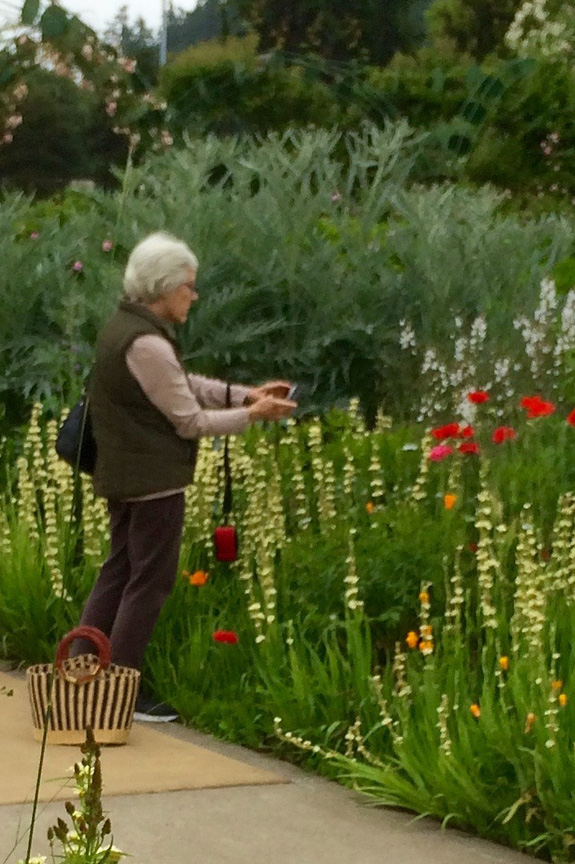 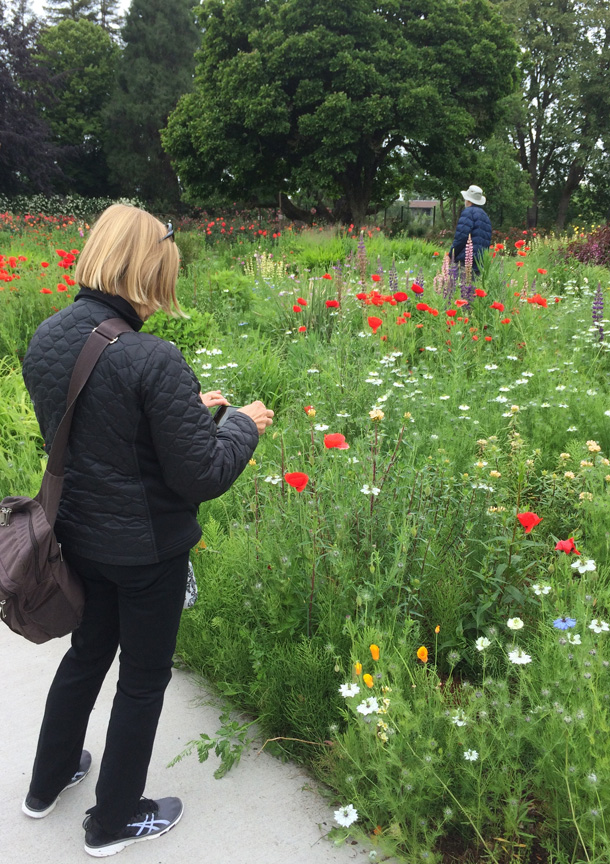 Barb Sommers took photos of the mystery spikes (cardamon behind her), while Barb Shirk focused on the poppies and love-in-a-mist, with Erik prowling around in the background. Tricia arrived about the time we had decided it was still too chilly to stay outside. 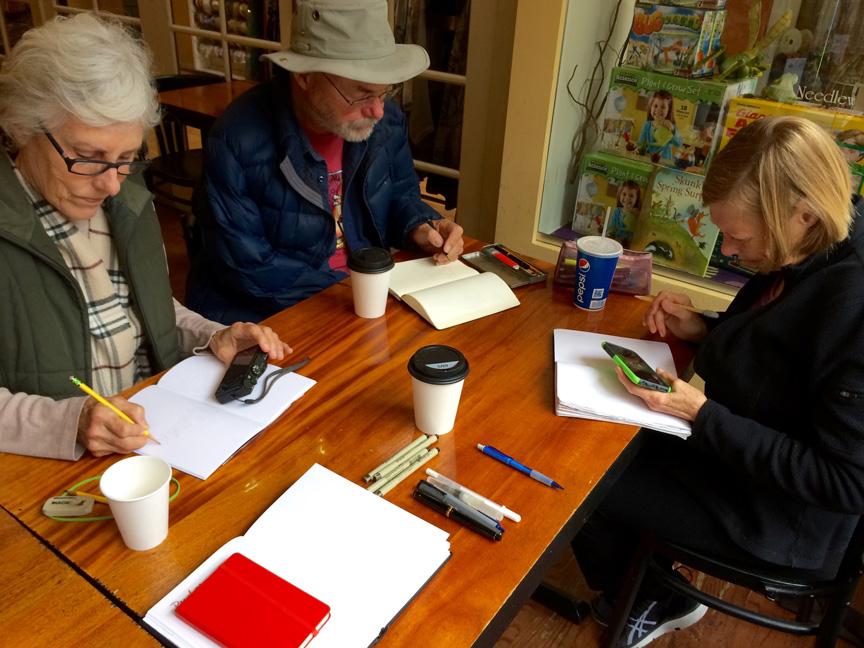 So Barb Sommers, Erik, Barb Shirk, and Jane went to 5th St. Market.
Note all but Erik referring to images captured on their phones. He said he’d check his later! 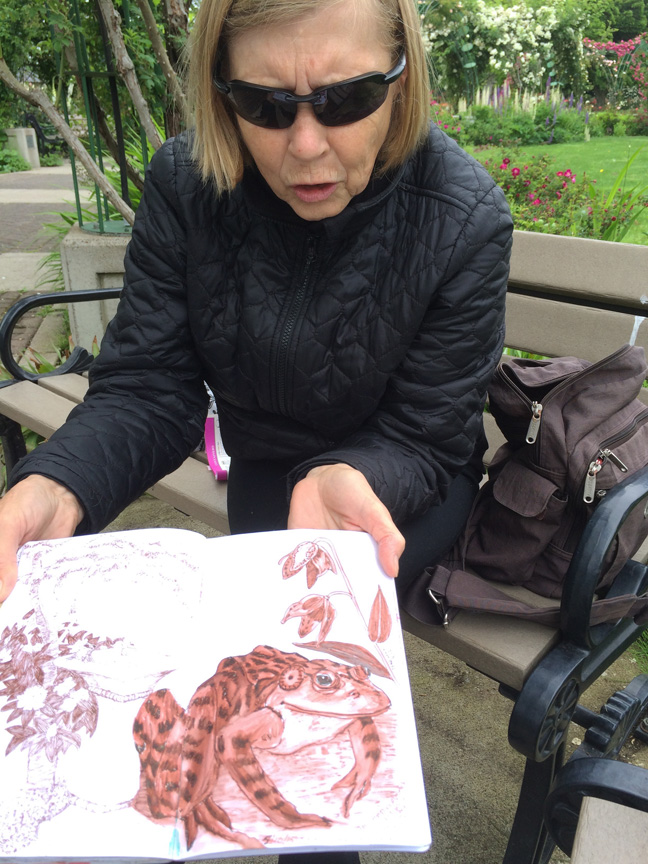 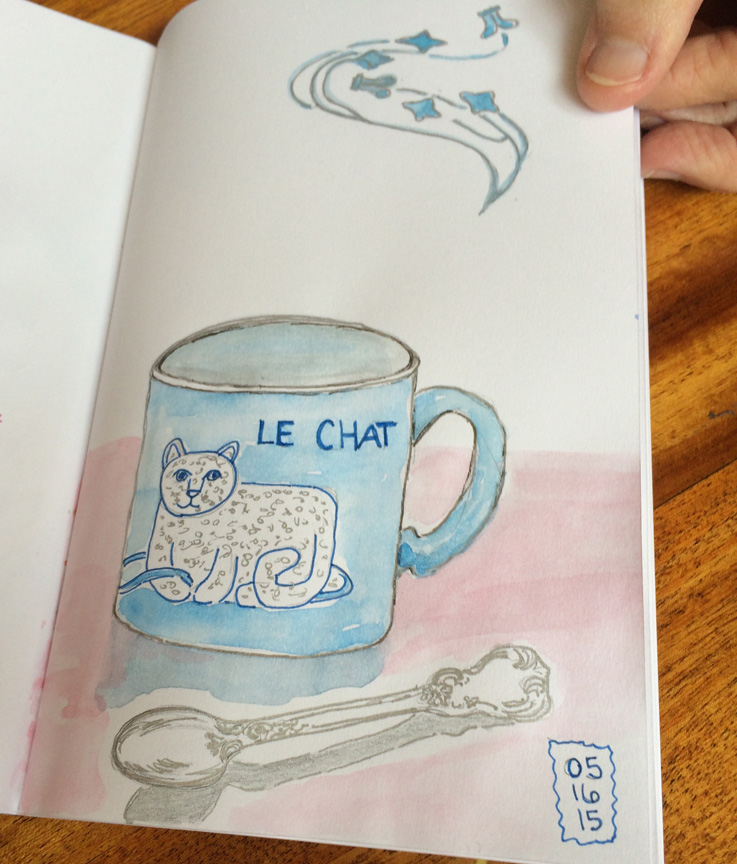 The Barbs caught us up on what they’d been sketching – Barb Shirk added a toad lily to her toad page, and Barb Sommers added a favorite spoon to her cup page. 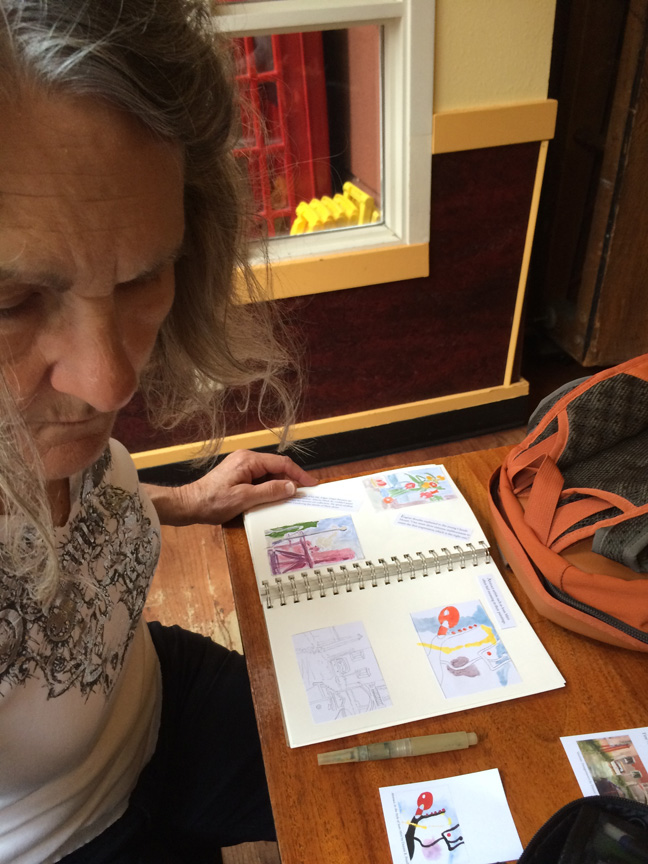 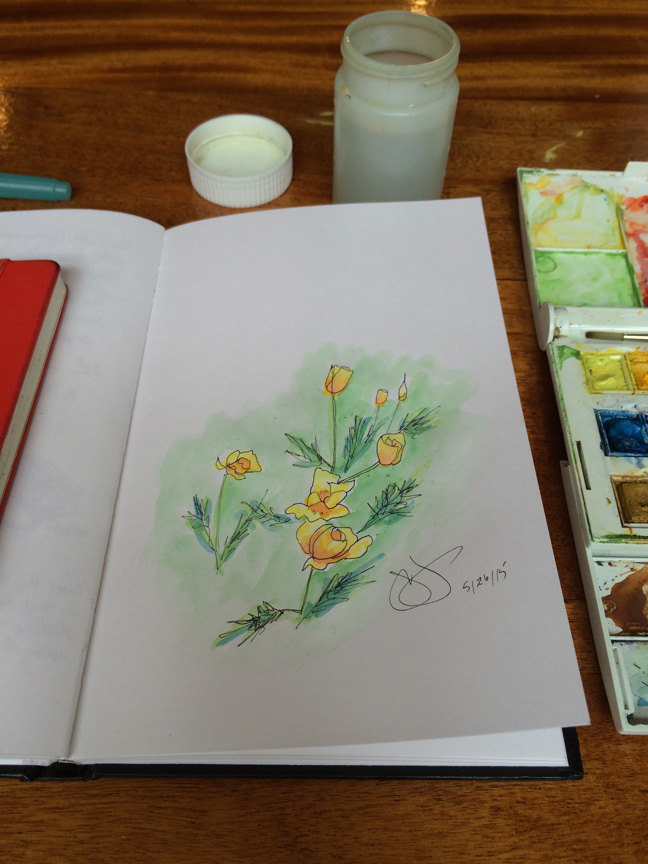 Jane sent Sandy a text about where we were, so she came by to work on her calendar sketches while Jane did a California poppy. 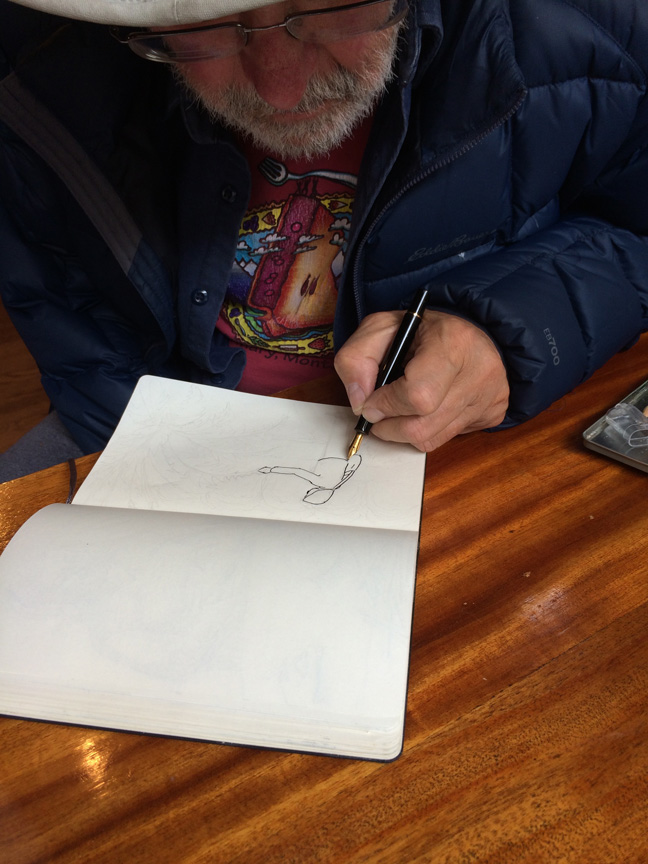 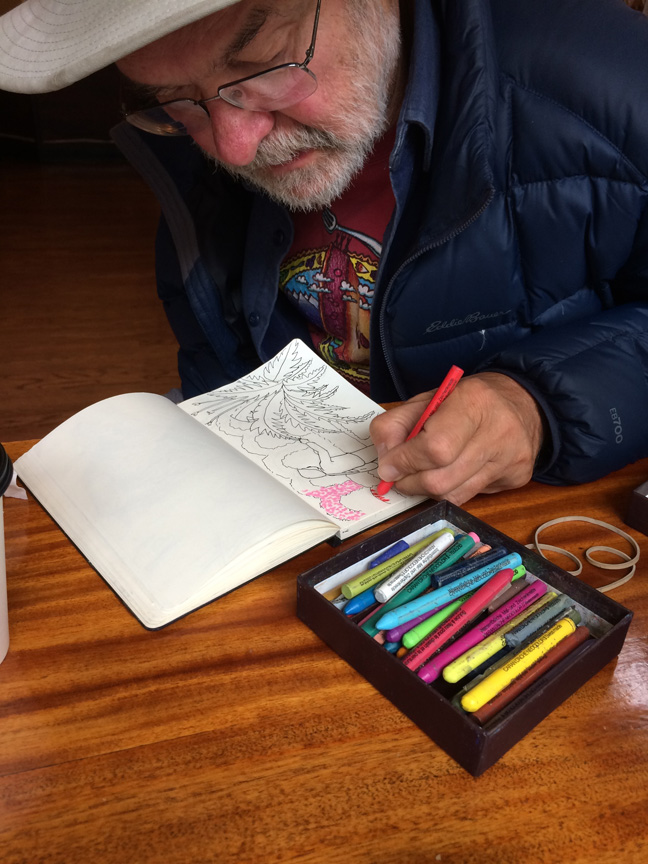 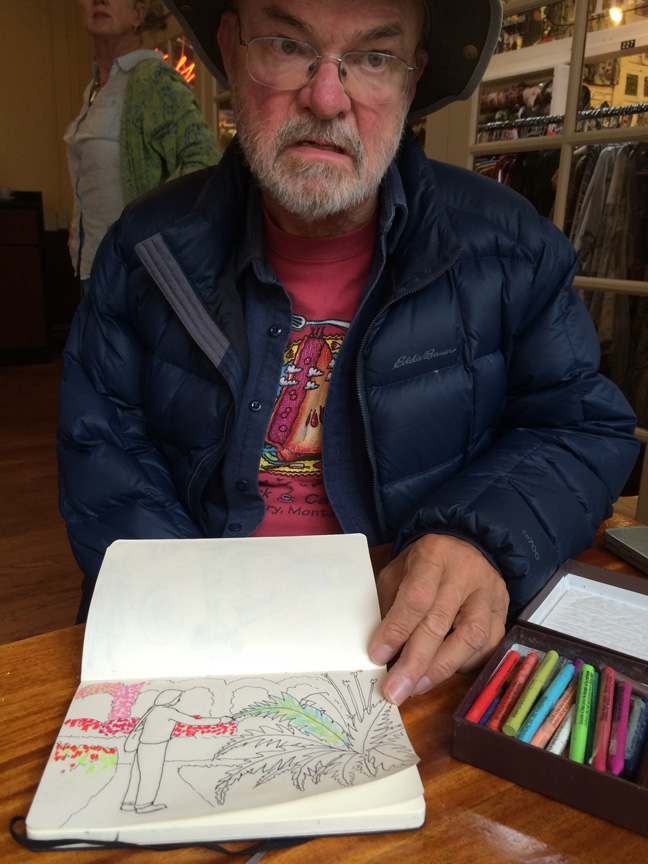 Erik in process – pencil, ink, colored wax crayons.  He overheard Jane & Sandy talking about mixing oil paint to make pink & having it end up kind of flat – his solution? Start with pink pigment to begin with! His sketch was of Barb Sommers touching the cardamon plant. 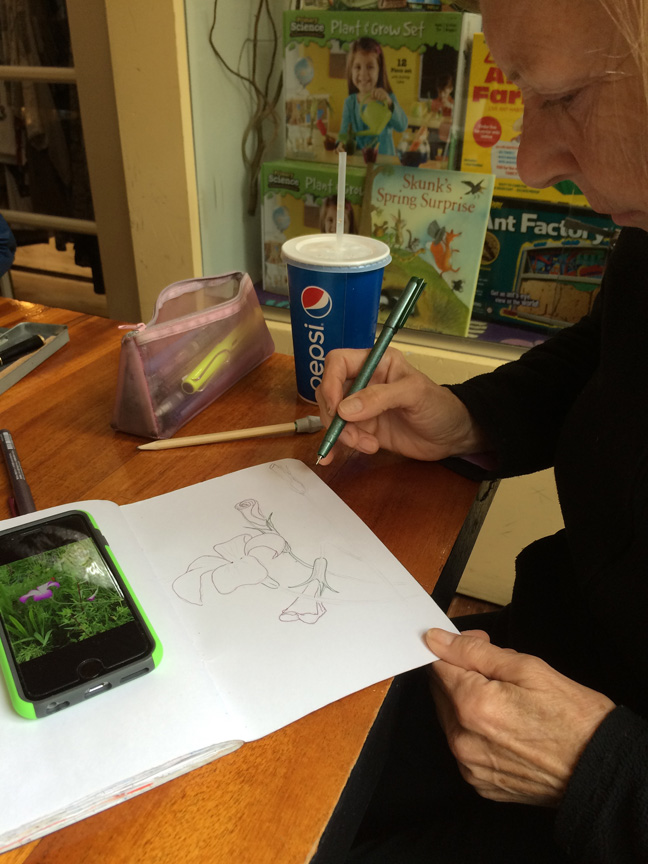 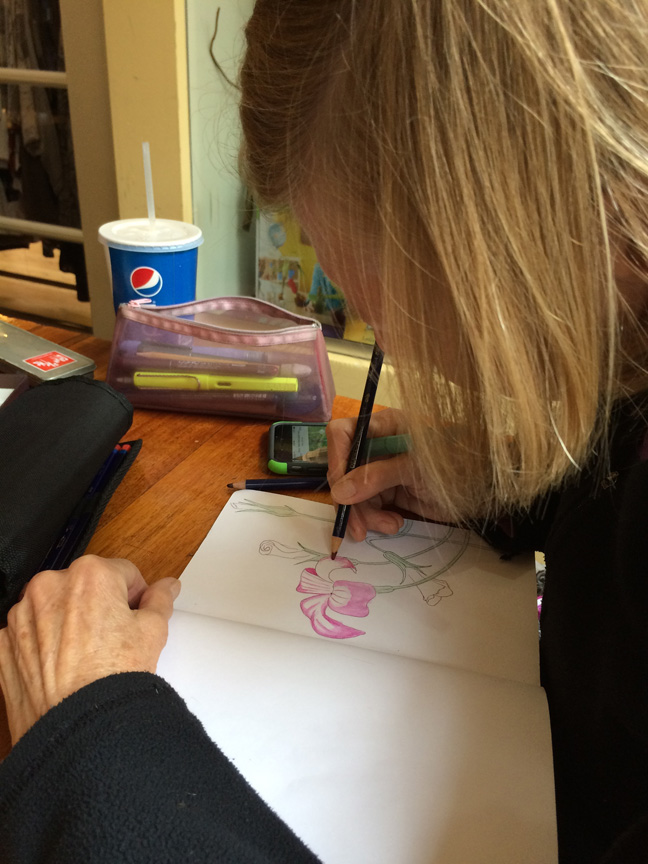 Barb Shirk began with pencil & moved into watercolor pencil – we aren’t sure what this flower is…a mallow of some sort? Elegant.

Then Tricia showed up to give her sketch report – more than just roses at the garden, that’s for sure! Love the vignettes.