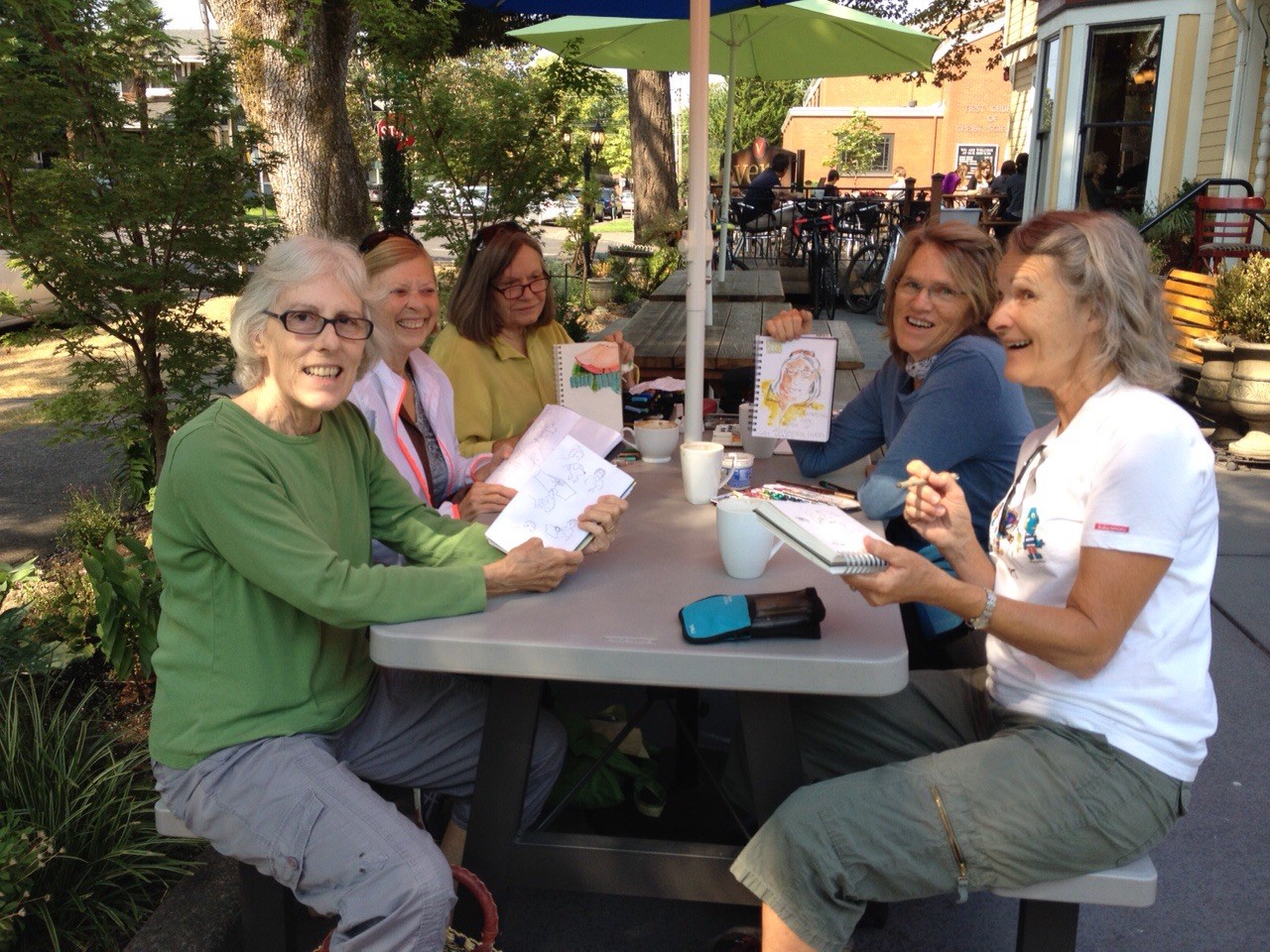 Top Drawers met at Vero cafe Tuesday, for the first time in quite a while.  Jane arrived early and left a couple items after a pleasant conversation, on her way to a necessary massage in preparation for her long long journey to Europe.  So, after we had all been working and talking for a while, the newly appointed photographer remembered he was supposed to get some pictures, so here are Barbara Summers, Barbara Shirk, Jan Brown, Penelope Youngfeather, and Sandy Larkin proudly displaying their pictures, of which Erik totally spaced getting photos. 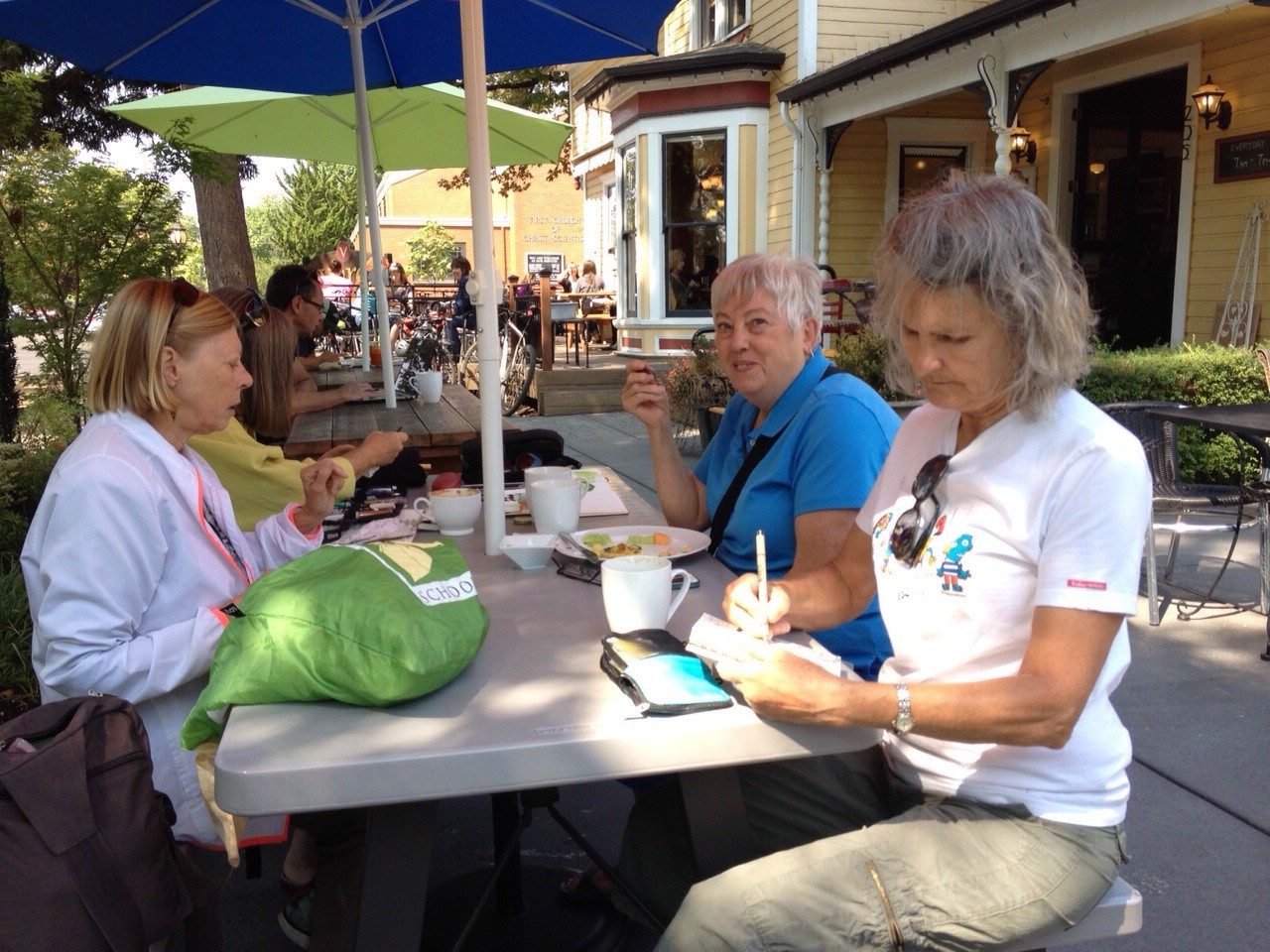 Jane did return from a short absence to say goodbye to everyone, and Erik did manage to snap a parting shot. 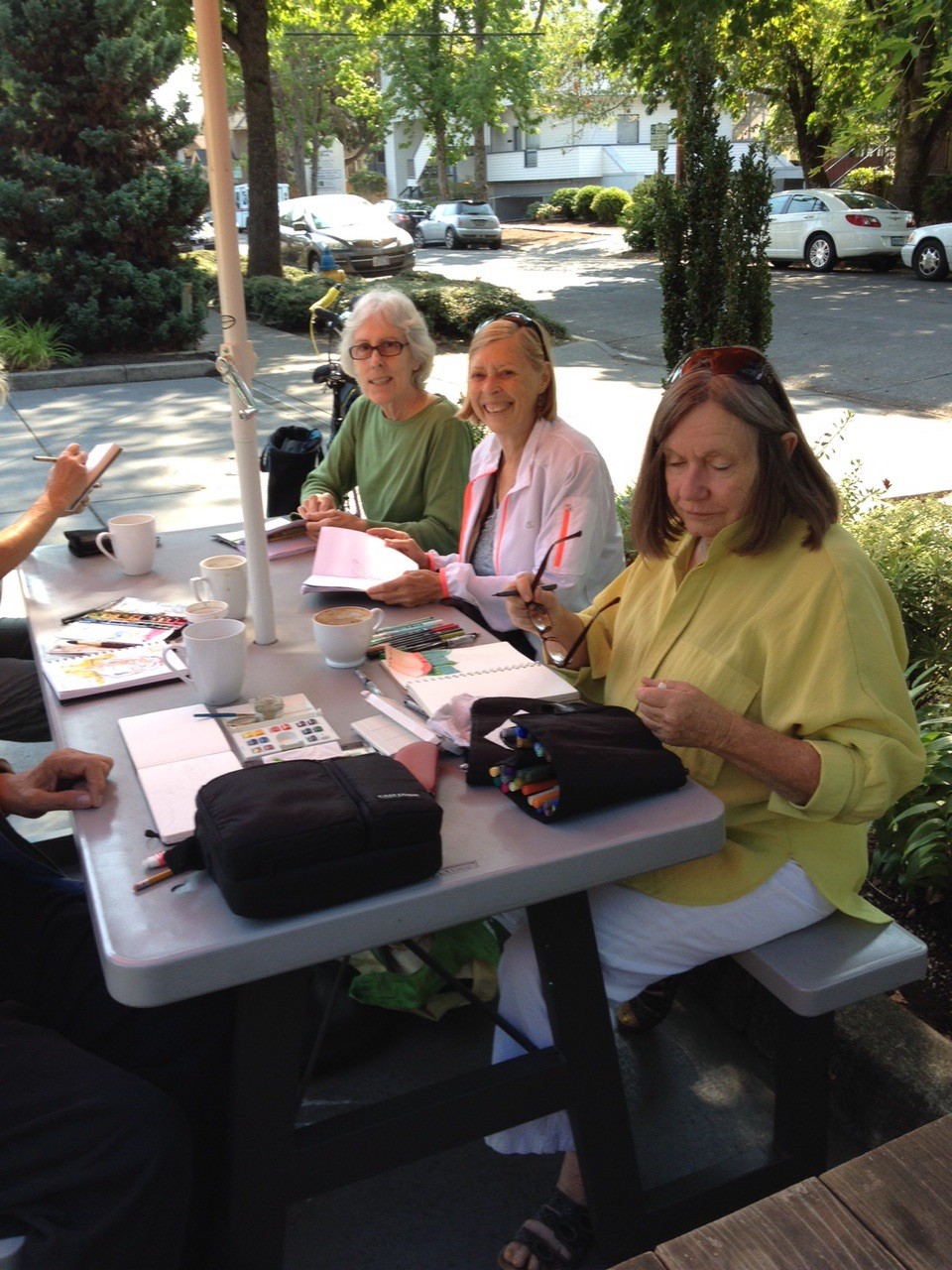 After which, Jane took the camera and added another picture of the happy group, and the delinquent photographer, who promises to do a better job next week at Vero again. 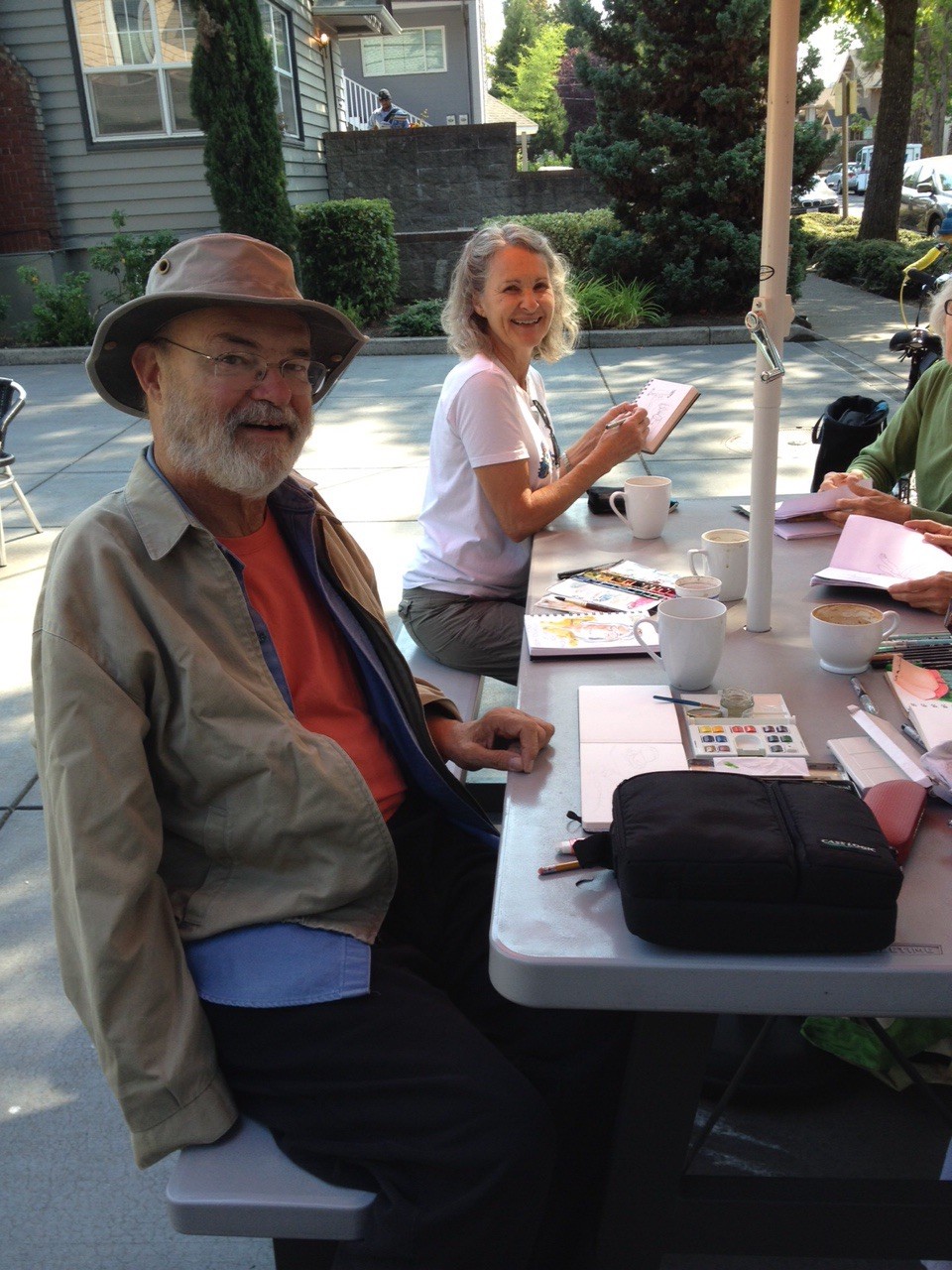