To start the story in the middle of the  morning’s drawing session: our work was interrupted by wailing sirens coming down Oak Street and stopping right in front of our cafe.  Evidently the coffee was too strong for an elderly  woman who fainted.  Her companions called the ambulance but thankfully, she seemed to be in fairly good condition, since the emts were quite calm after measuring her blood pressure.  They nevertheless took her away in the ambulance. 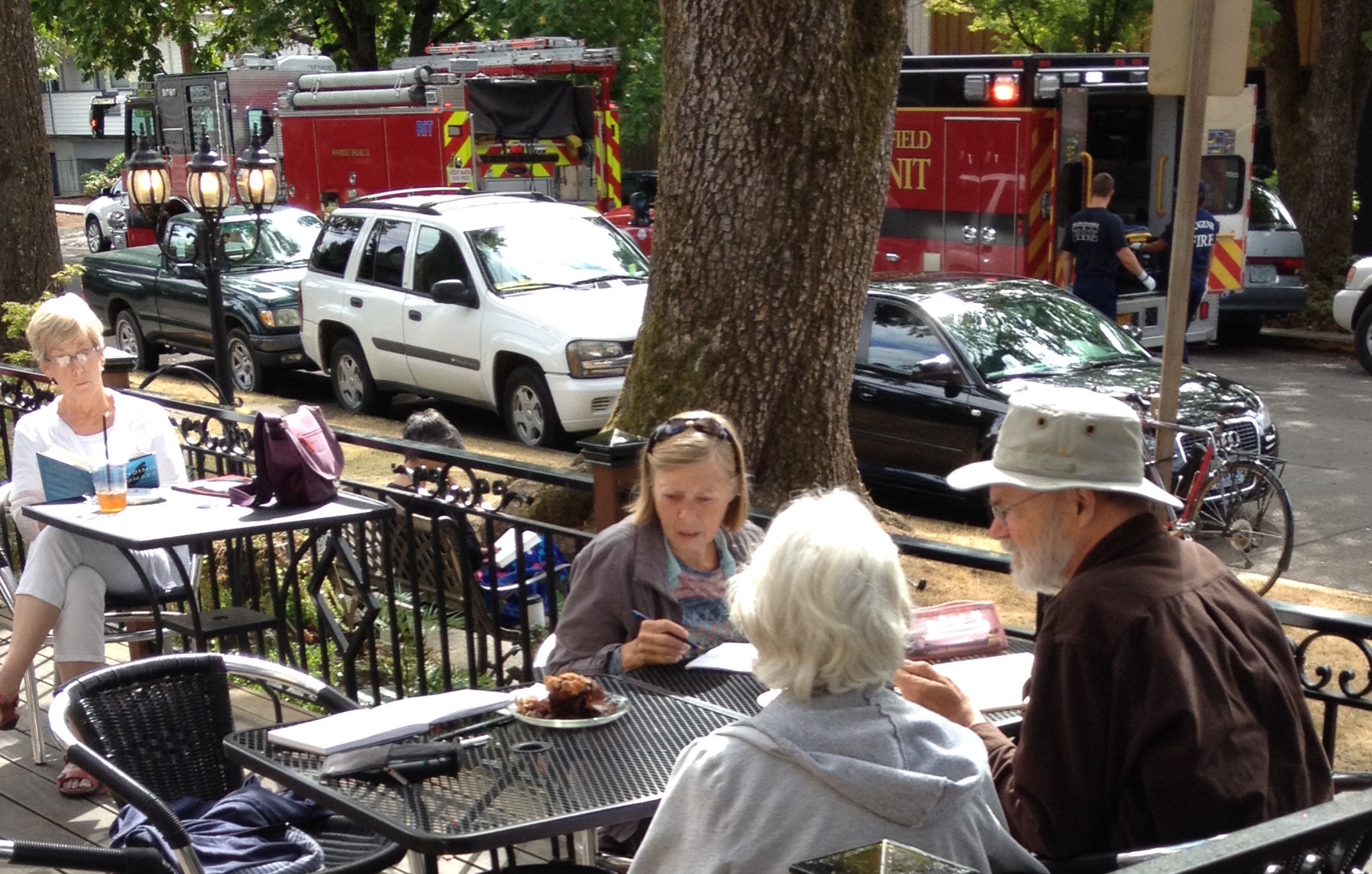 Our attention was not much distracted it seems. 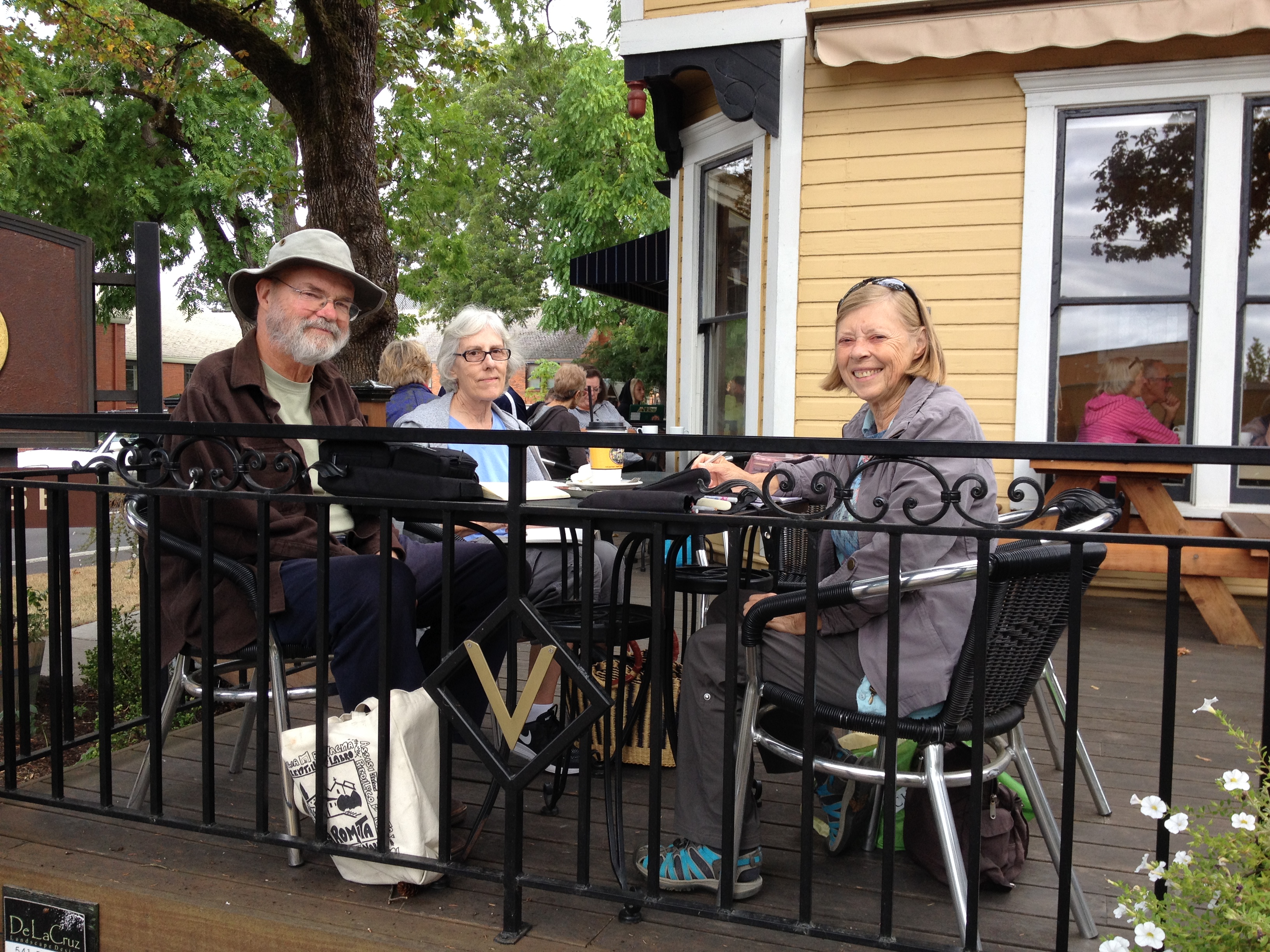 The morning began with Erik Johnson and Barbara Shirk and Barbara Summers occupying a new spot on the veranda for a different view of The cafe and the neighborhood.  This shot was taken by Penelope who arrived a little later–but before the ambulance! 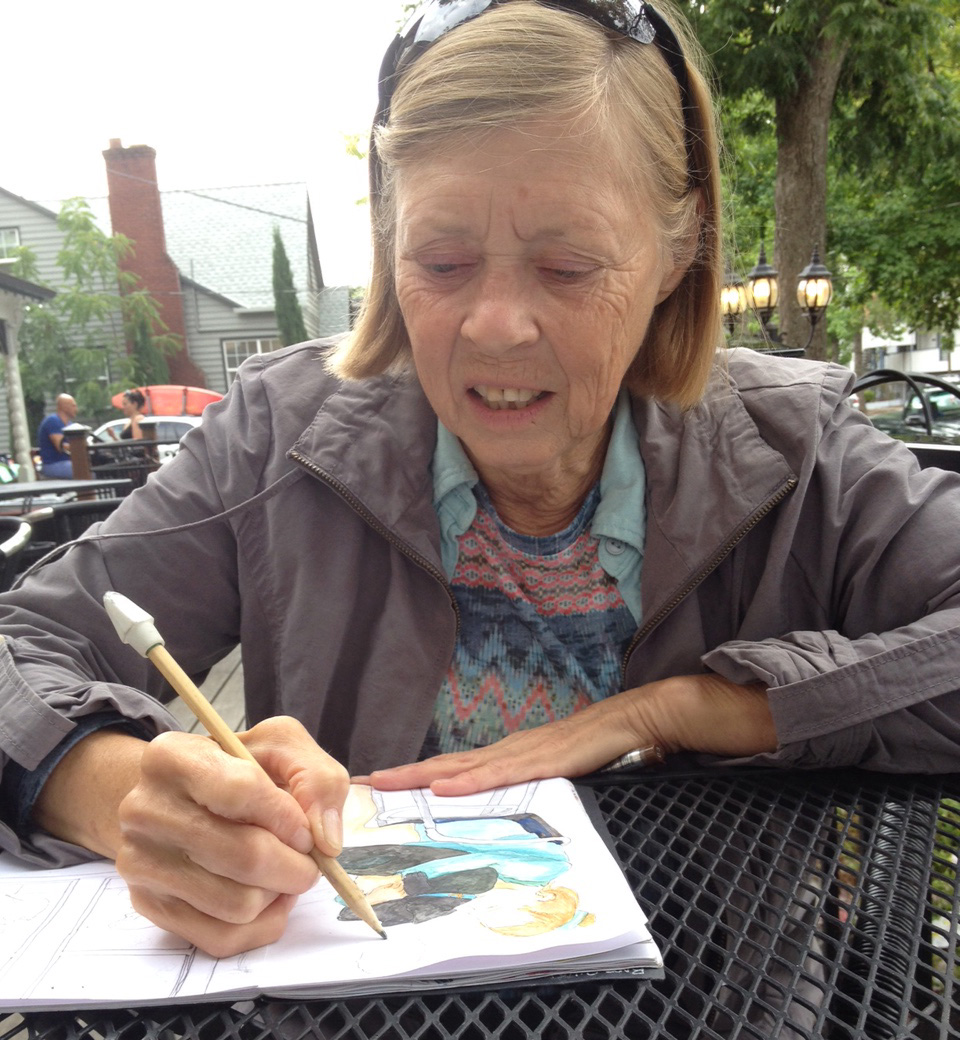 Barbara Shirk was working on a beautiful drawing she started the week before of a woman and her dog.  She added some people in the windows behind them. 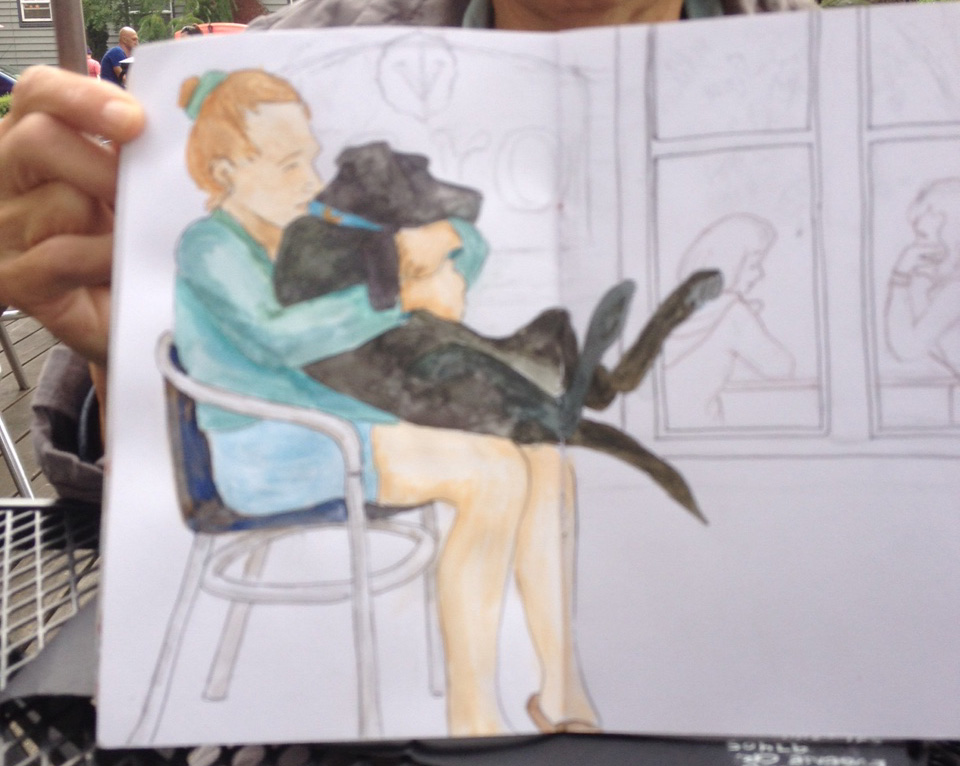 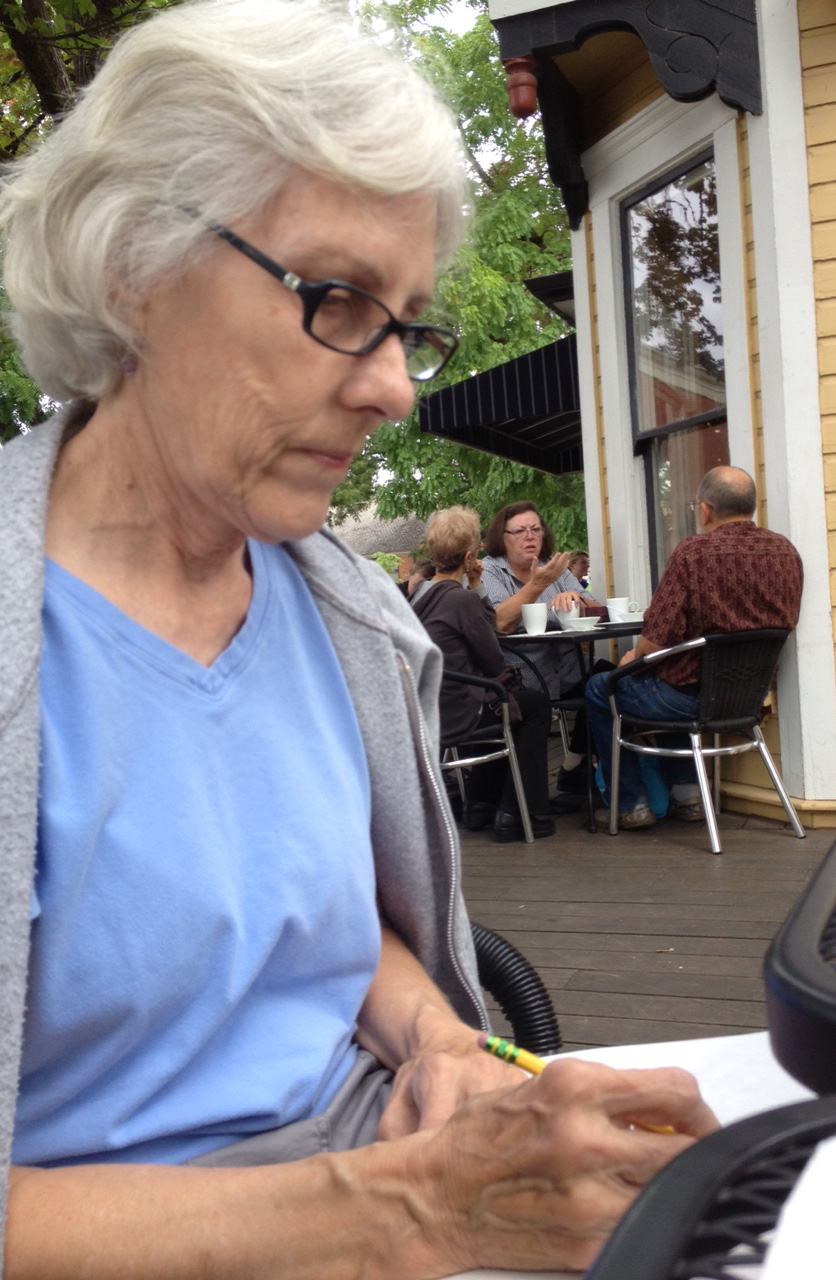 Barbara Summers was busy at an interesting drawing which was unfortunately way too light to show up in the photos we took….. 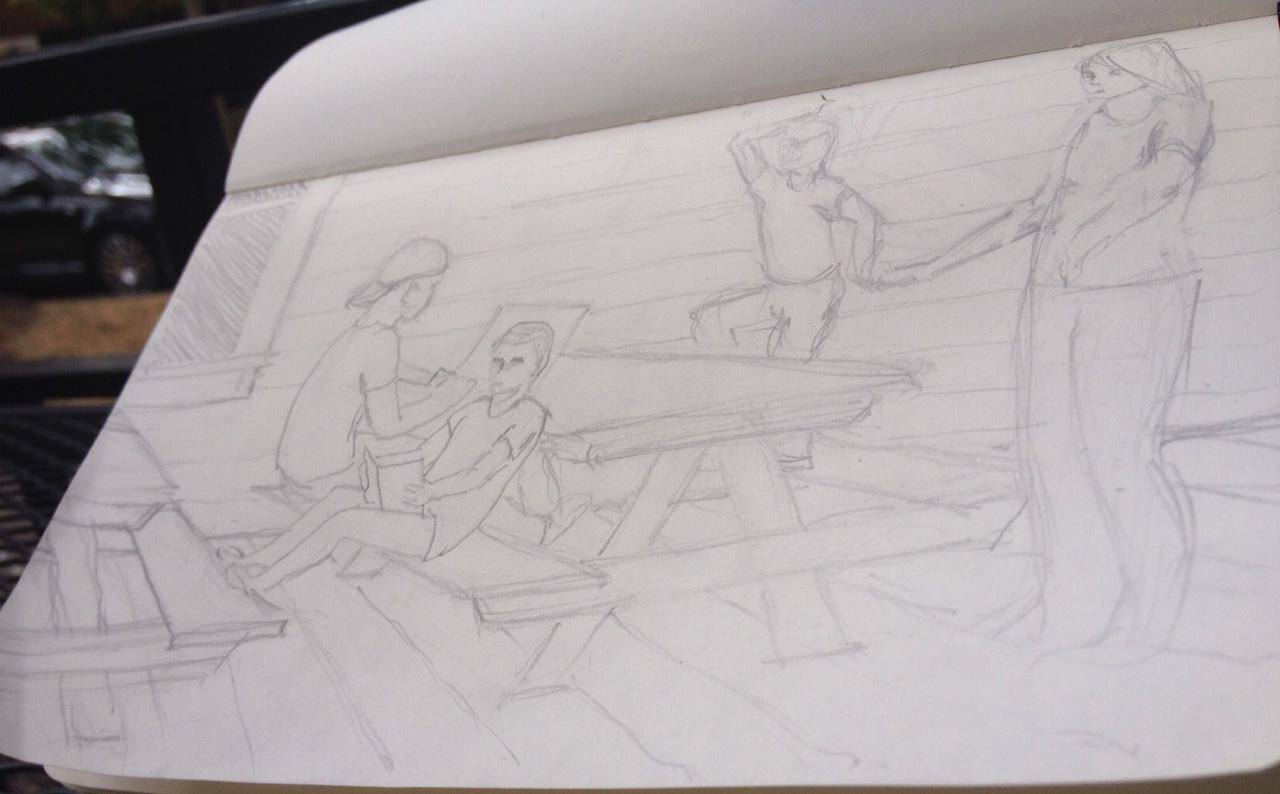 Erik worked on a drawing that showed up a little better in a photo, but not much. 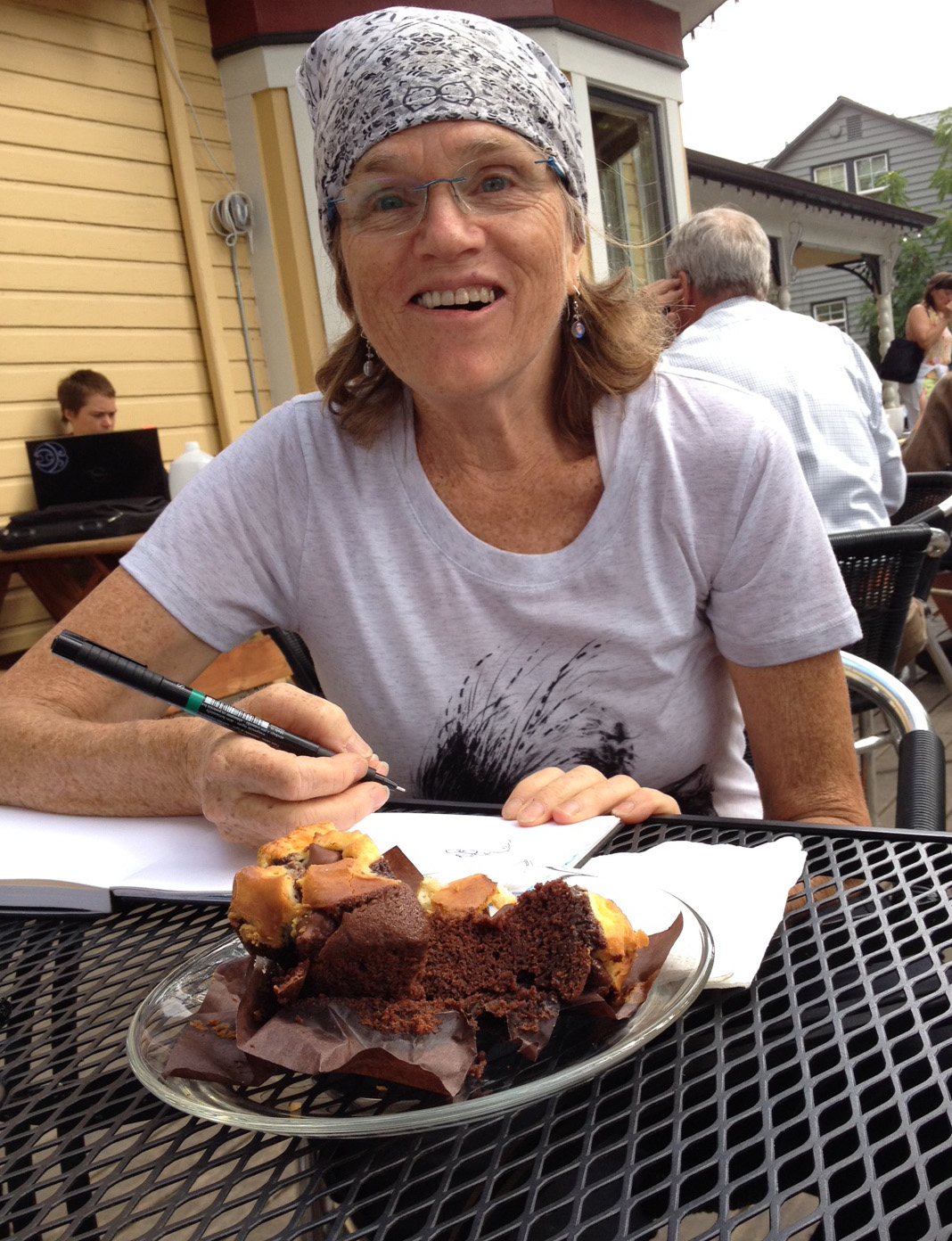 Penelope bought a chocolate cream cheese cupcake, which she cut in half, planning to draw half and eat half.  Unfortunately, she started drawing both with only a small bite out of one of the pieces, and ended up taking most of the whole thing home.  It was one of the most amorphous subjects ever attempted by our little group…. 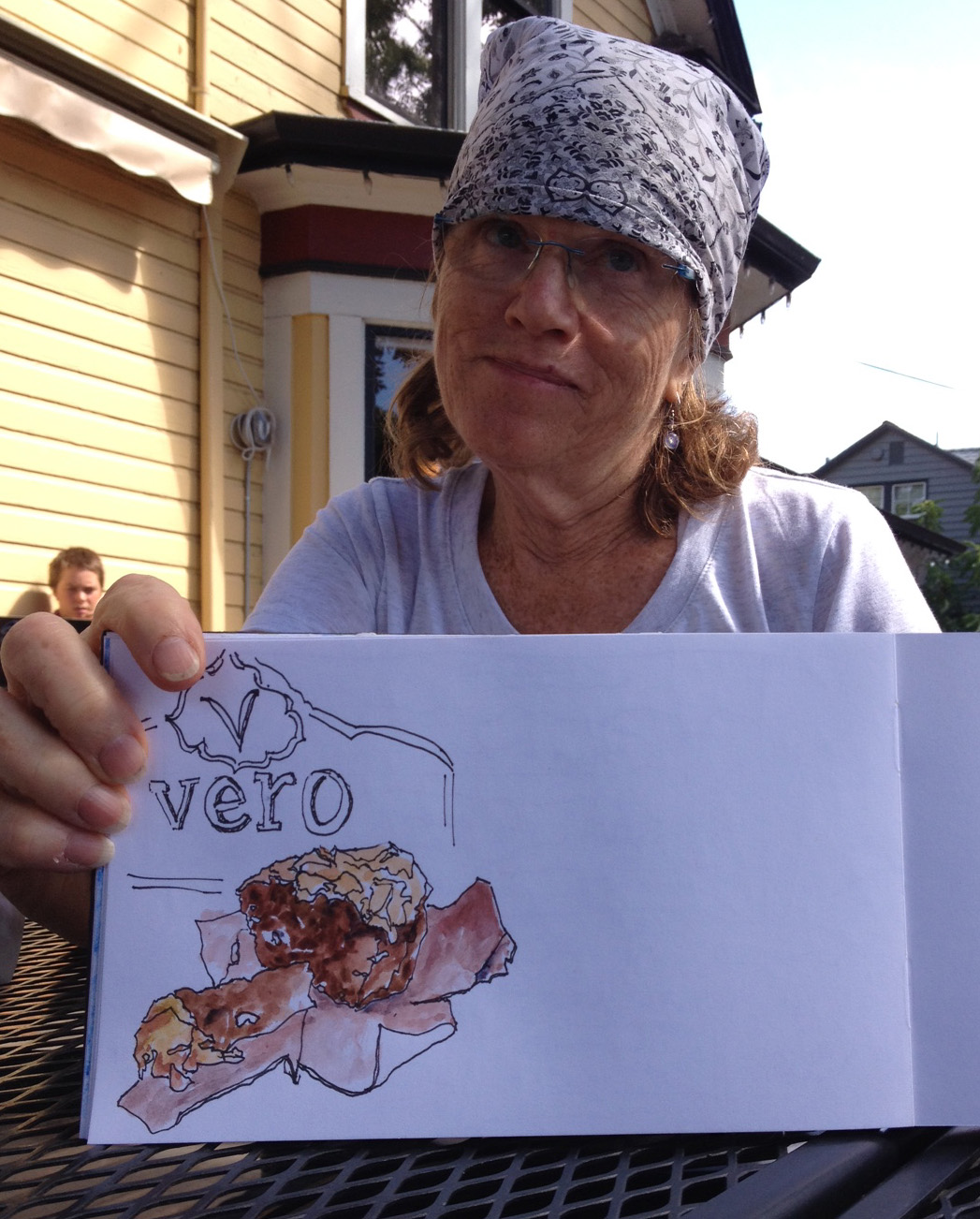 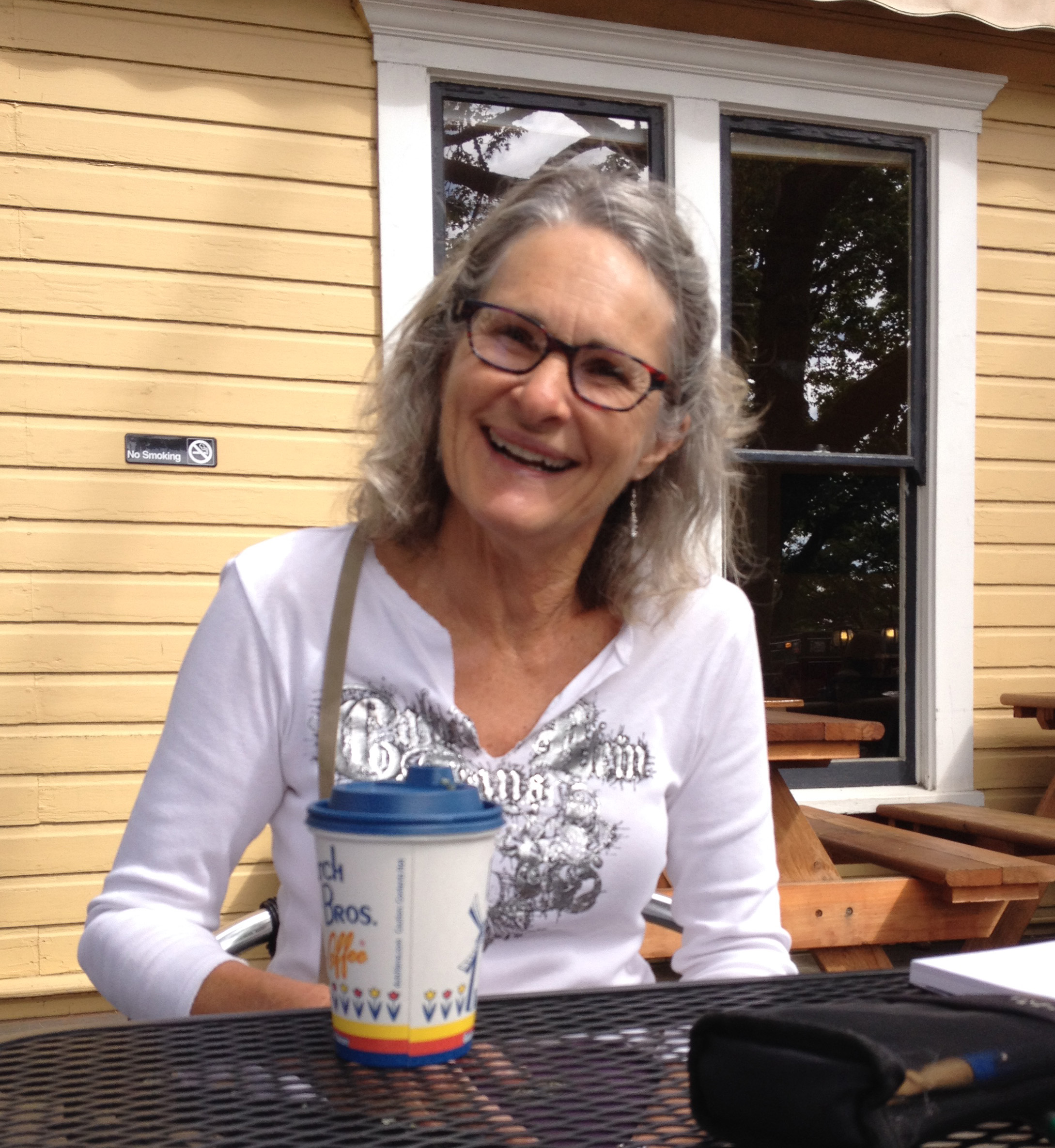 When Sandy arrived she didn’t have time to do any drawing, But had a very pleasant (and exciting!) visit.

And to show what the Top Drawers in Italy are up to, here is a page from Jane’s sketchbook: 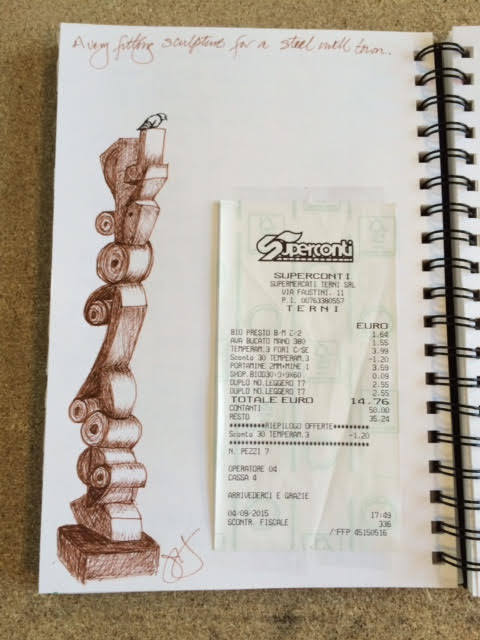 And here is Ken sketching at Carsulae: 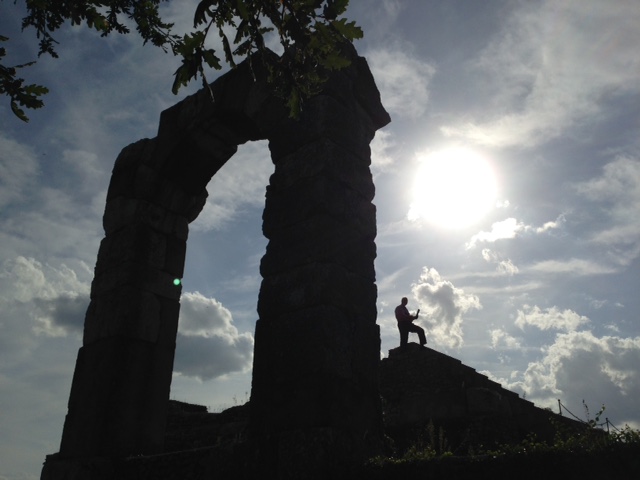 One thought on “Emergency at Vero”