Barb Shirk started out the conversation – what’s a “finished” sketchbook? Here are two pages she added after the fact from her last trip to Italy – the first from Assisi, the 2nd from memories of Stroncone (all cats & staircases!). 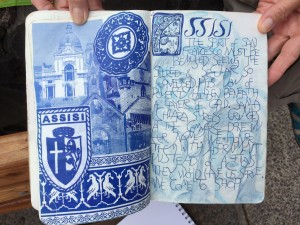 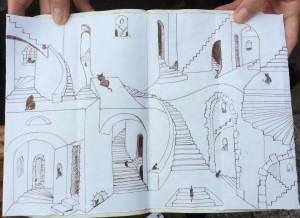 Then Barb Sommers shared her complete sketches from our visit last week to Cortesia: 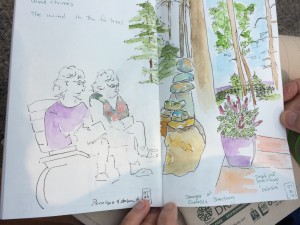 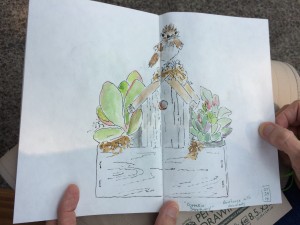 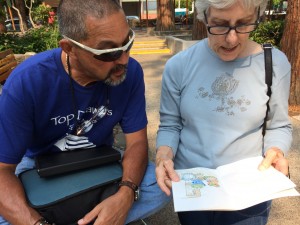 Barb Sommers shows Hugh some of her work, and here’s Hugh, showing off: 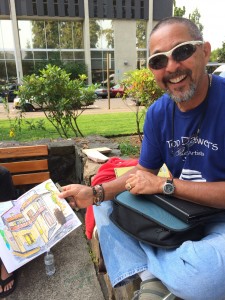 I mean, here’s Hugh, showing his work completed following a trip to Europe.

Then we got down to work. 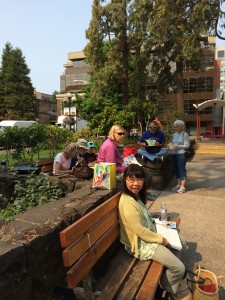 Hanna on the bench, Barb Shirk sitting on the rock wall, Sandy, Erik, & Alexander (Jane’s grandson) on the bench, then Hugh on the next portion of the rock wall talking to Barb Sommers. Jane behind the camera (although she really did do some sketching, too). 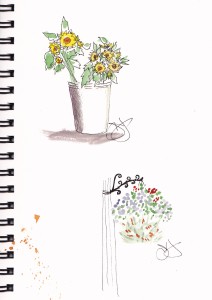 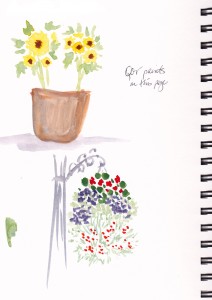 Jane’s sketches of flowers at the Market – on the left versions using ink and her regular watercolors (WN? DS?). Then after she got home, she tried the same subject in her new Qor watercolors. Hmm. 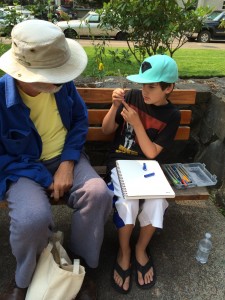 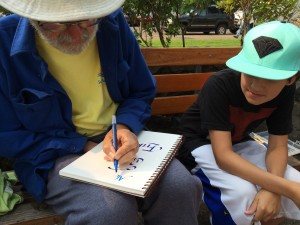 Erik shows Alexander how to use his felt tip calligraphy pen to write his name. 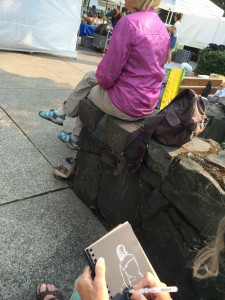 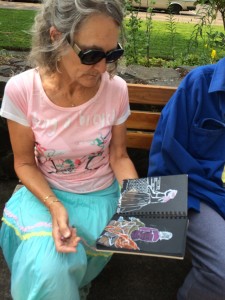 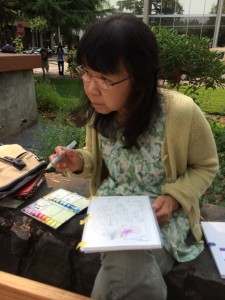 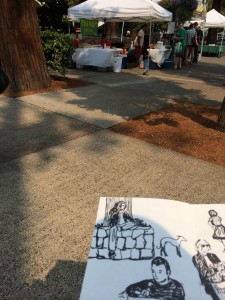 Hanna came with her previous sketch done in b&w so she could add color; Barb Shirk did quick brush pen sketches of vignettes. 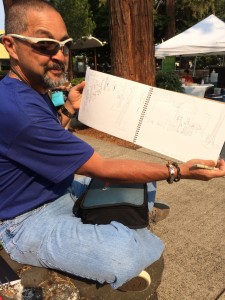 Here’s proof that Hugh CAN sketch what’s in front of him, too.