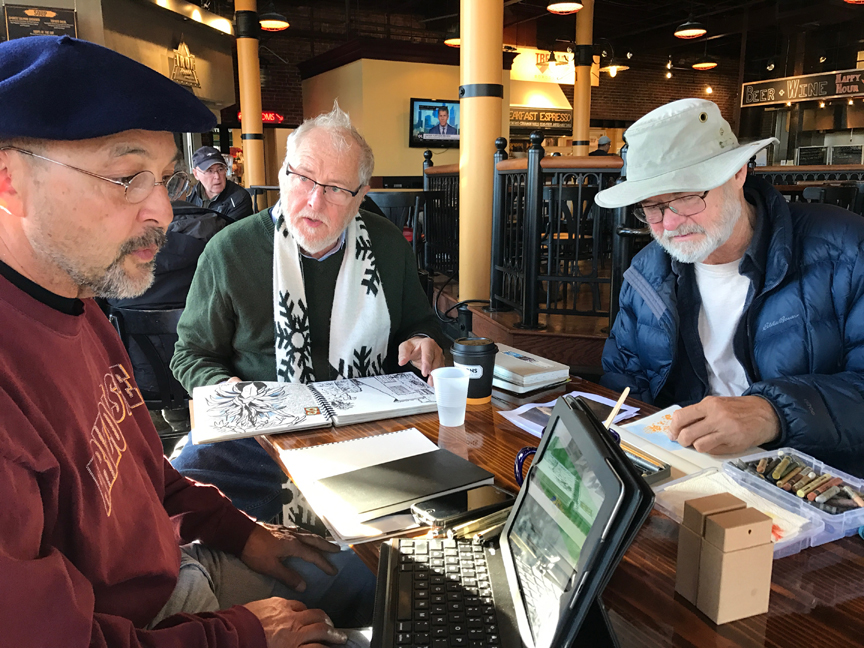 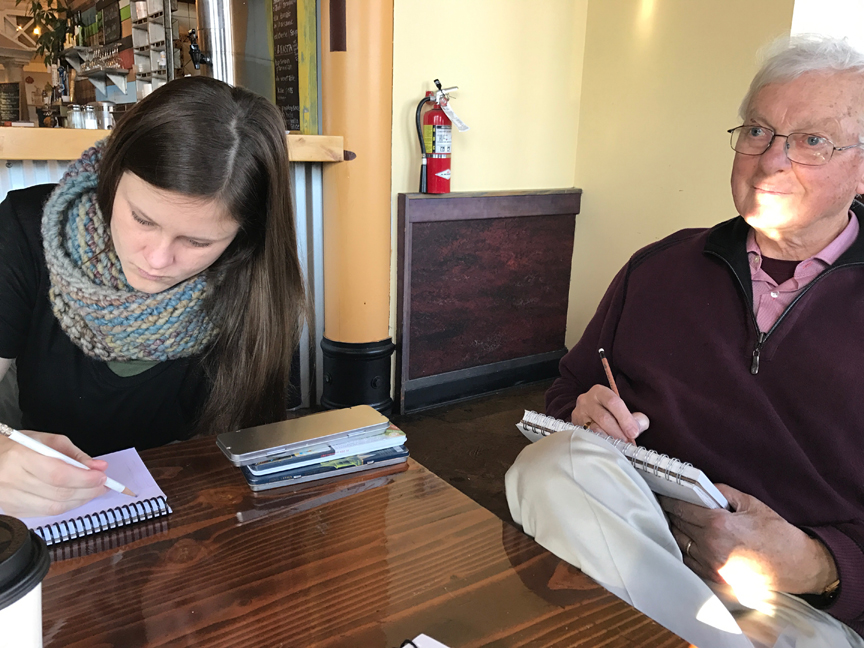 We were back at 5th St. Market, but in a different part of the upstairs – Hugh, Ken, Erik; Pierre vR and his granddaughter Kylie. 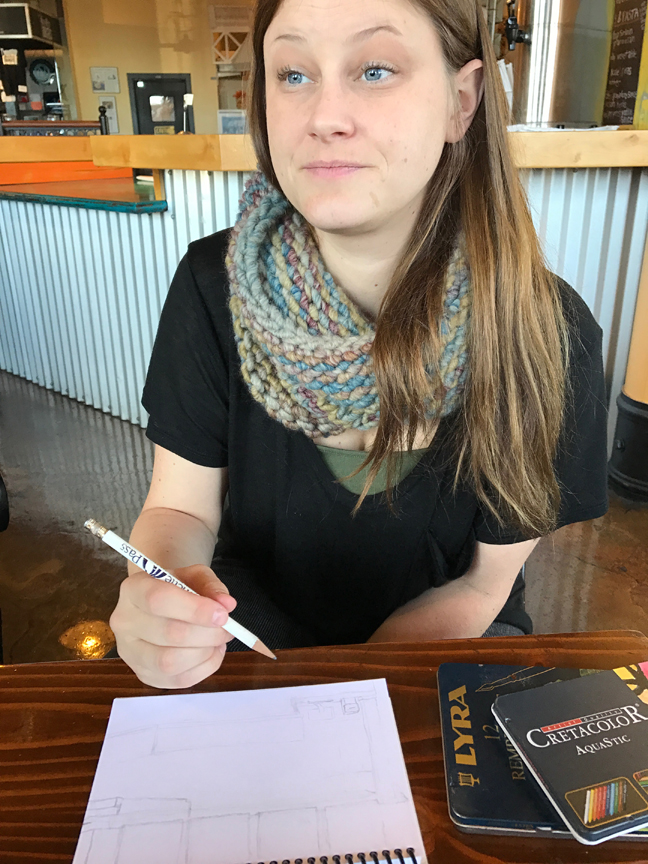 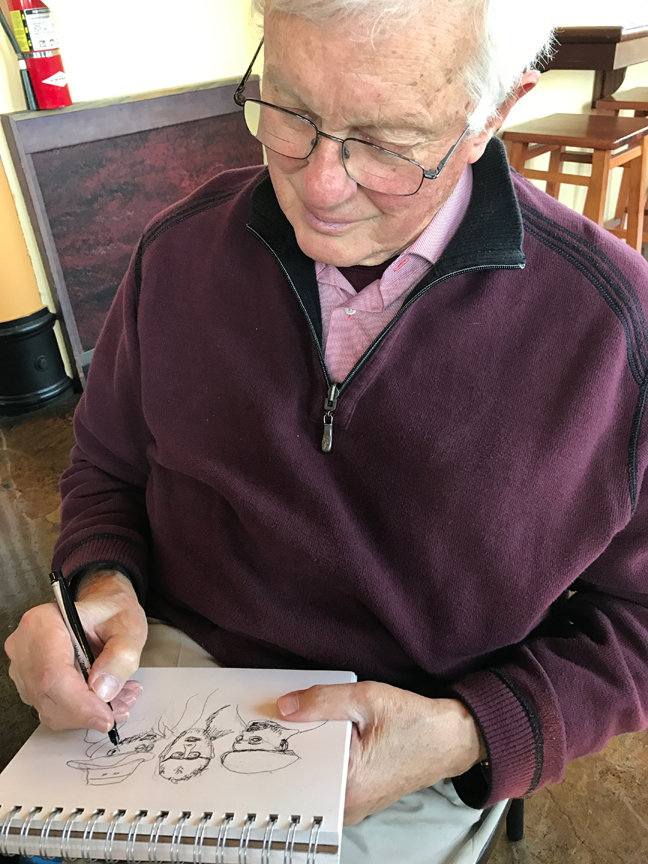 Kylie and Pierre fit right in and got right down to sketching – Kylie doing window perspective, and Pierre the three guys at table end. 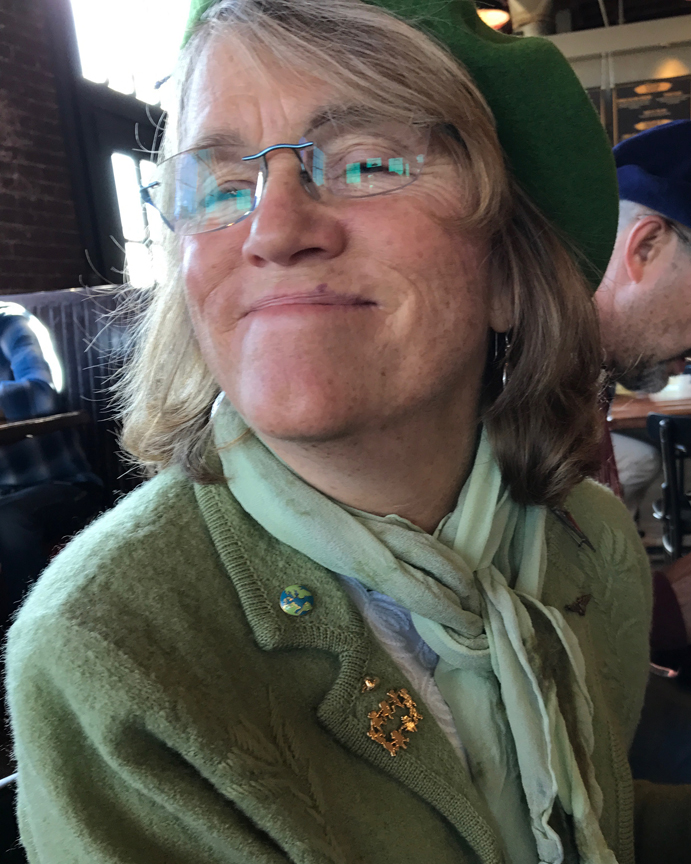 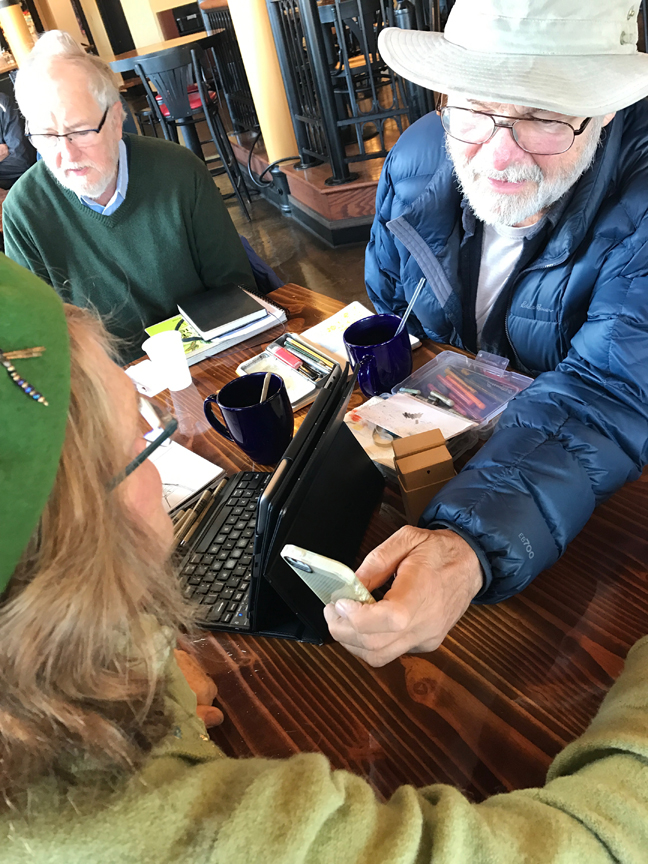 Penelope showed up with a cluster of political buttons which she intended to sketch, & Erik had do get a closeup photo of one. 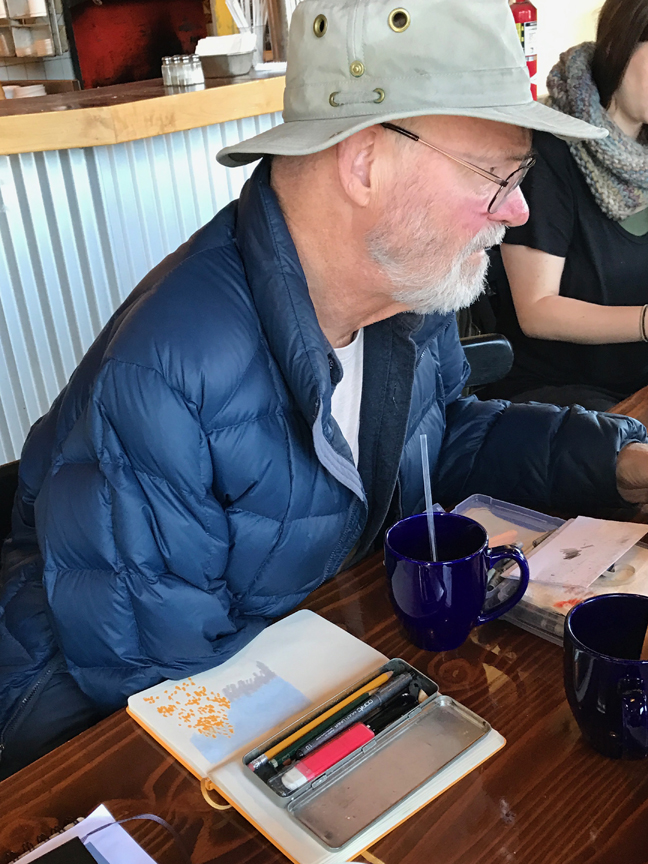 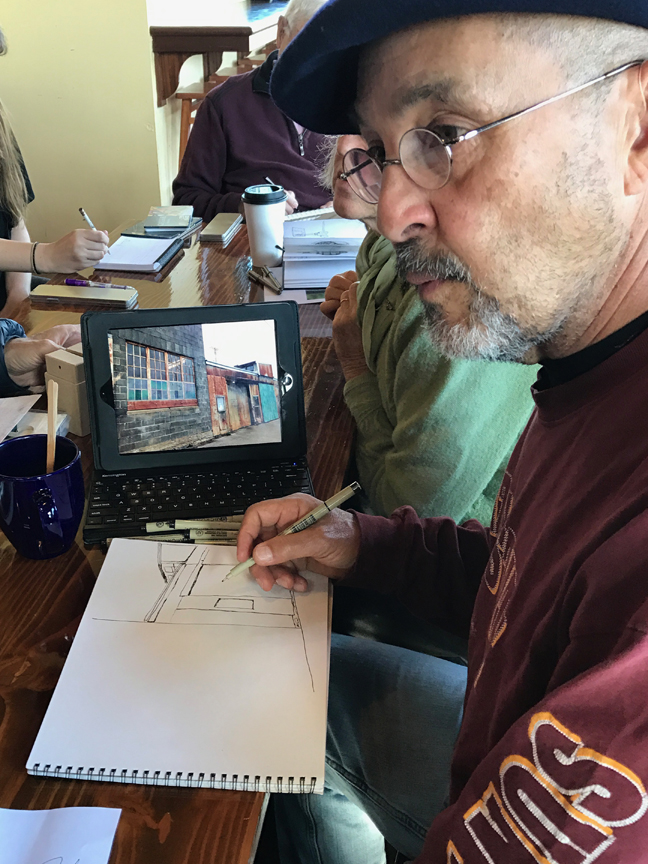 Erik began one of his spectacular autumn scenes, and Hugh  sketched an intriguing building from his travels using his iPad . 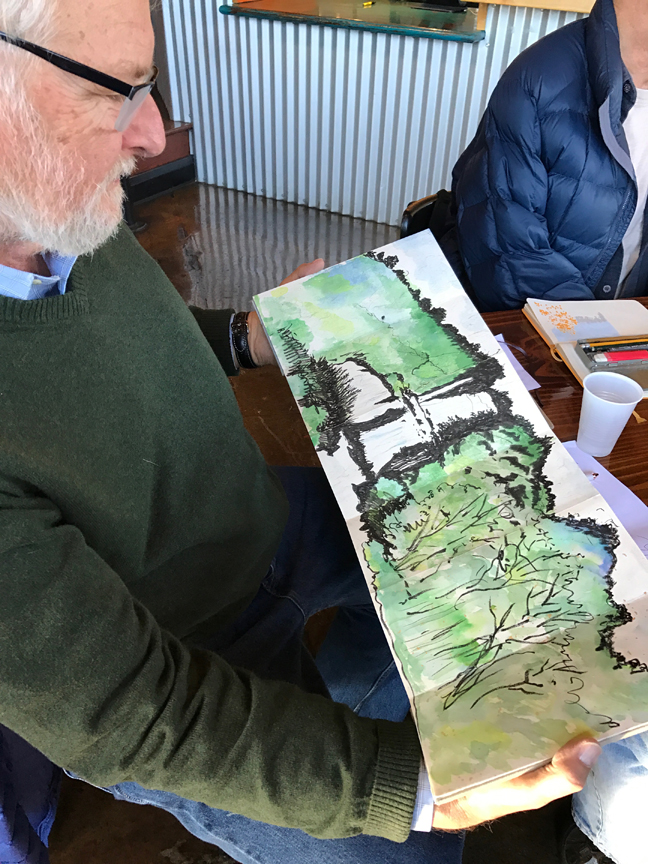 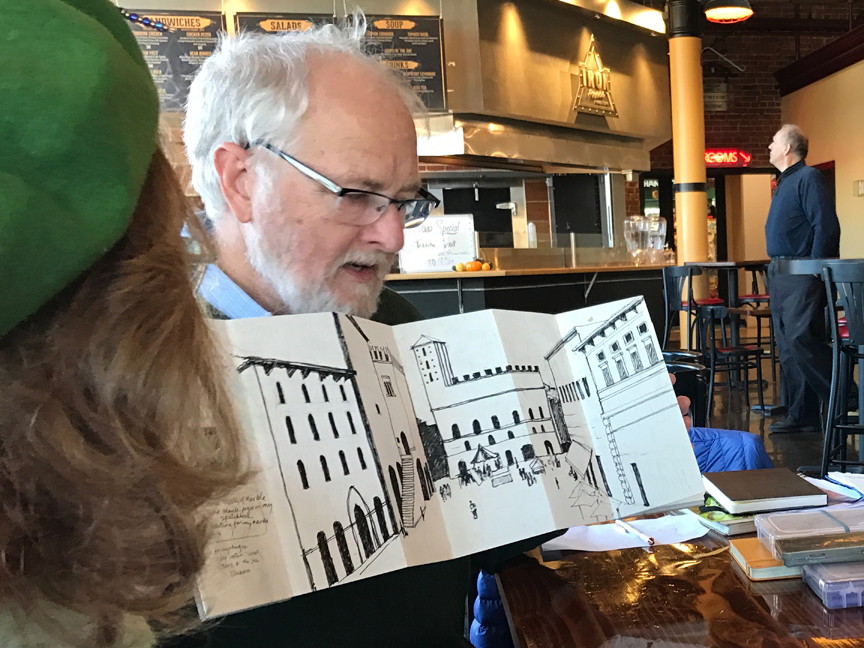 Ken caught us up on his accordion sketchbook developments since his trip to Italy – he’d added some watercolor and details – lovely! 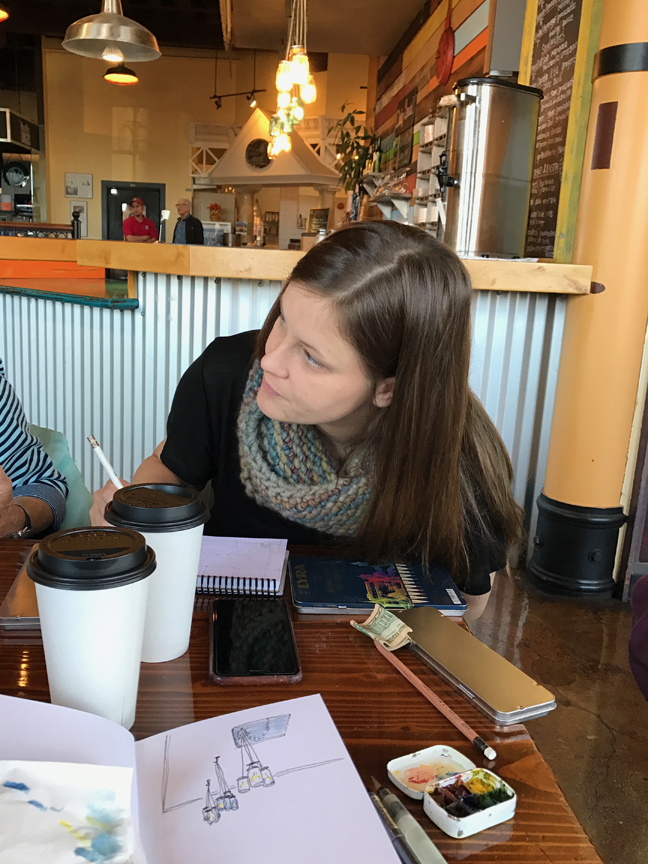 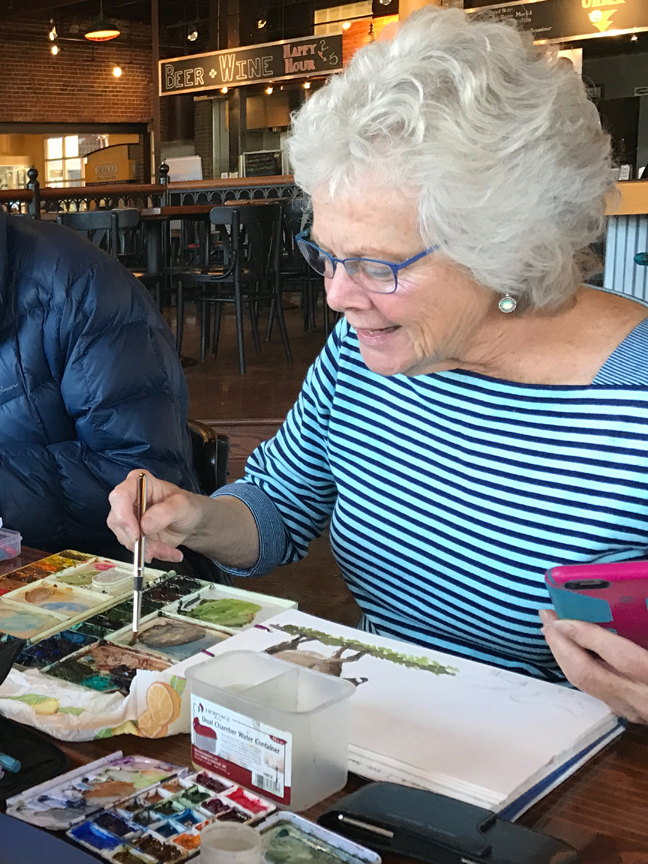 Jane, sitting across from Kylie, was intrigued with the bistro lighting above her. Barb A started adding to her darling donkey sketch. 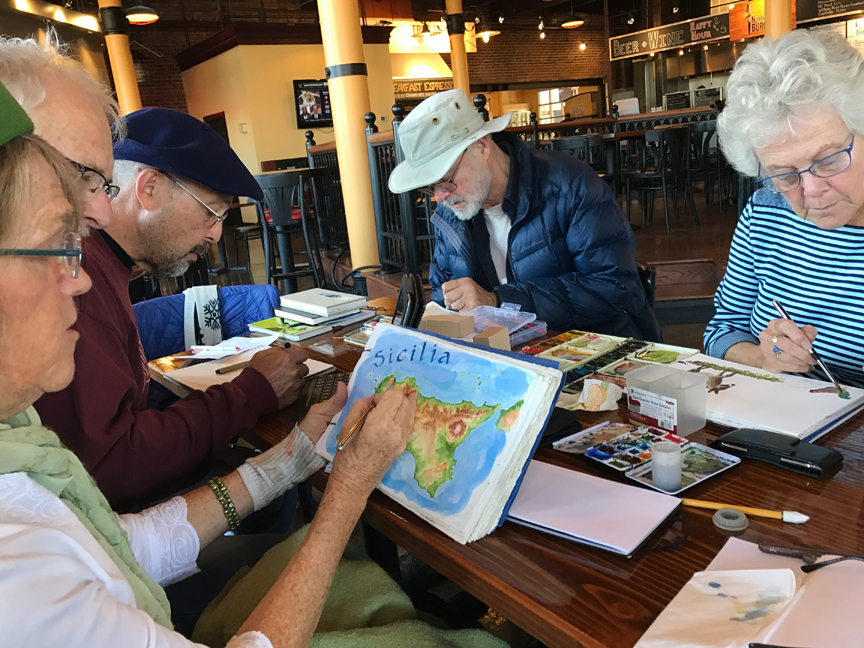 “Now tell us about the trip to Sicily,” Ken said. Penelope started with the map, while Barb A added a chicken to her Sicily sketch. 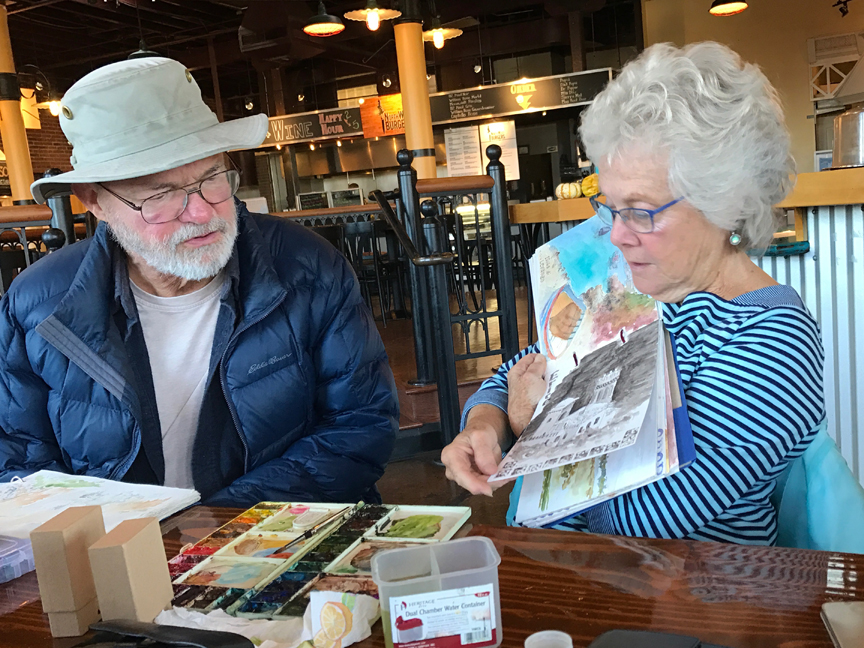 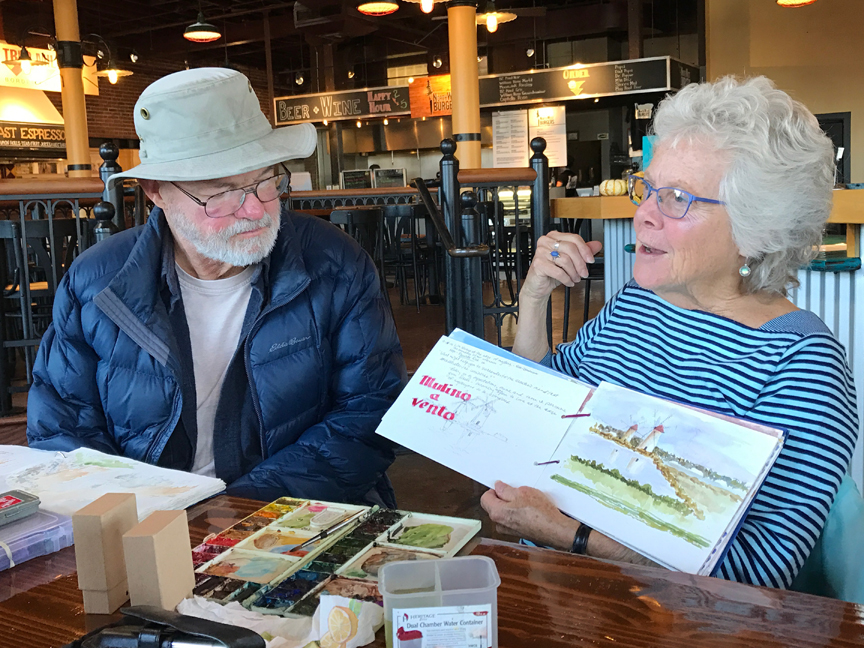 But wait, there’s more! Barb delighted us with sharing more of her Sicily sketches, too. What a marvelous way to savor the trip.