Not much can slow down the Top Drawers & Friends… 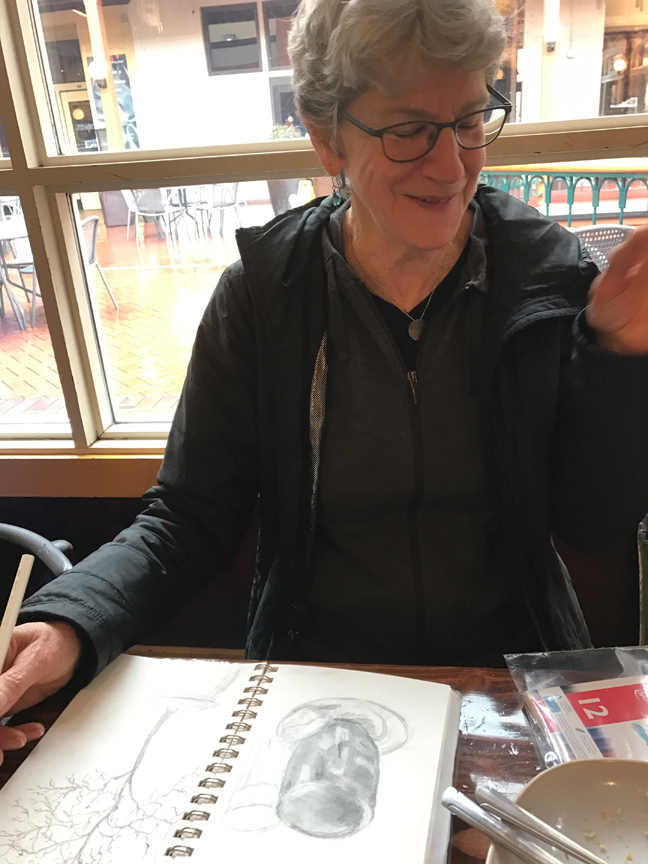 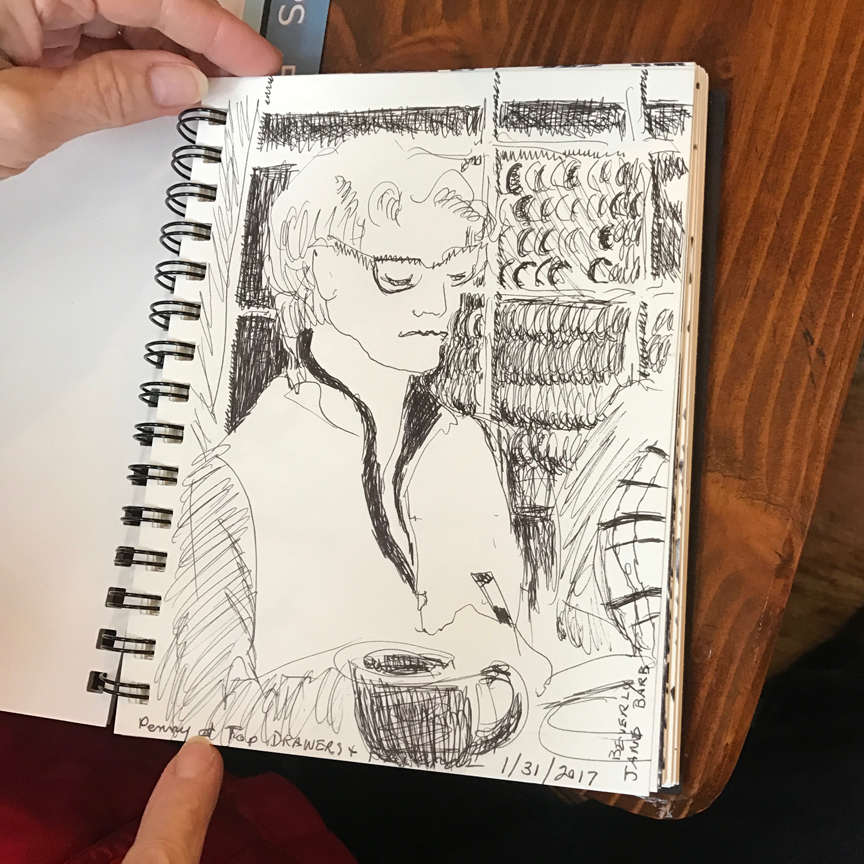 Penny only had a brief moment today, so she worked on last week’s sketch, while Bev showed us the sketch she did of Penny last week. 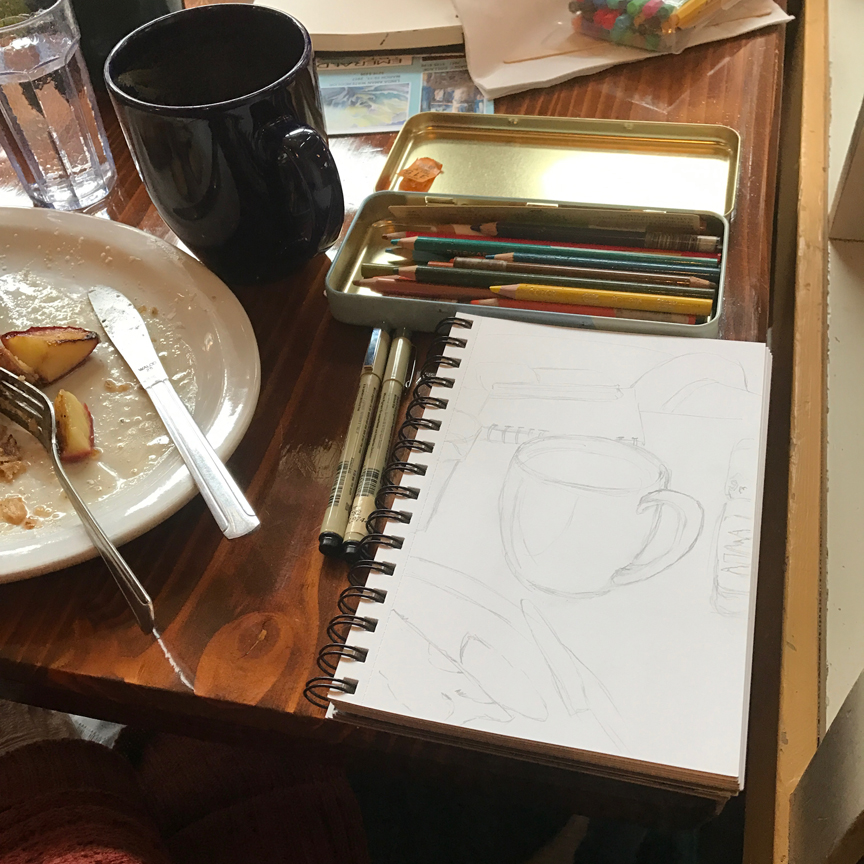 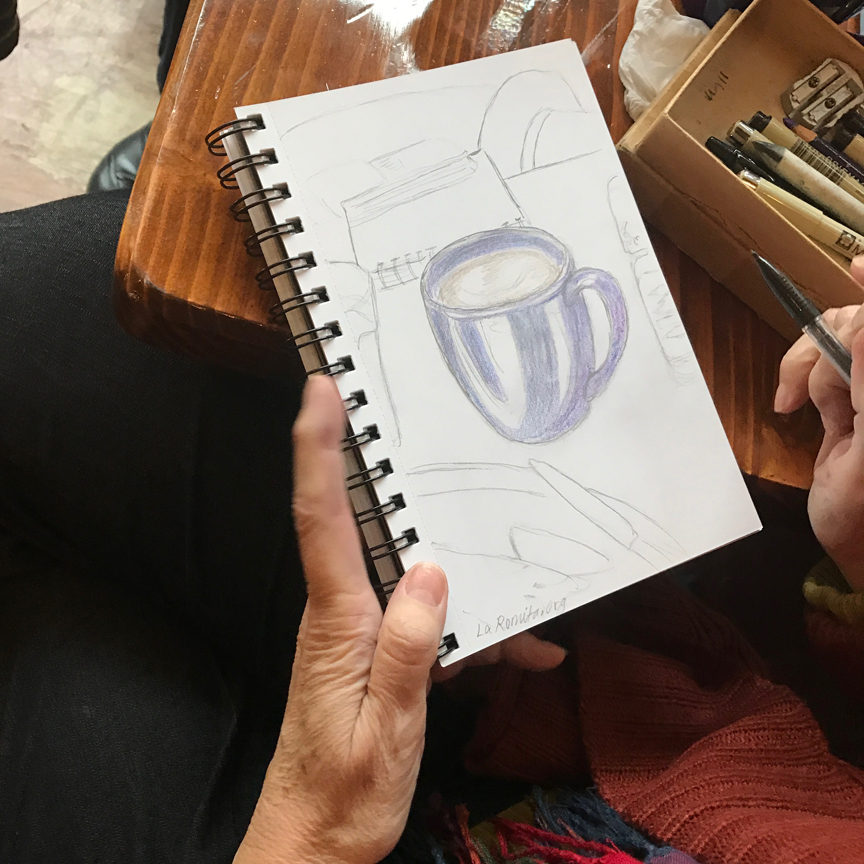 Bev may get the award for the most sketches done in the quickest time, but what’s that on the far left…the “small” Apple French Toast! 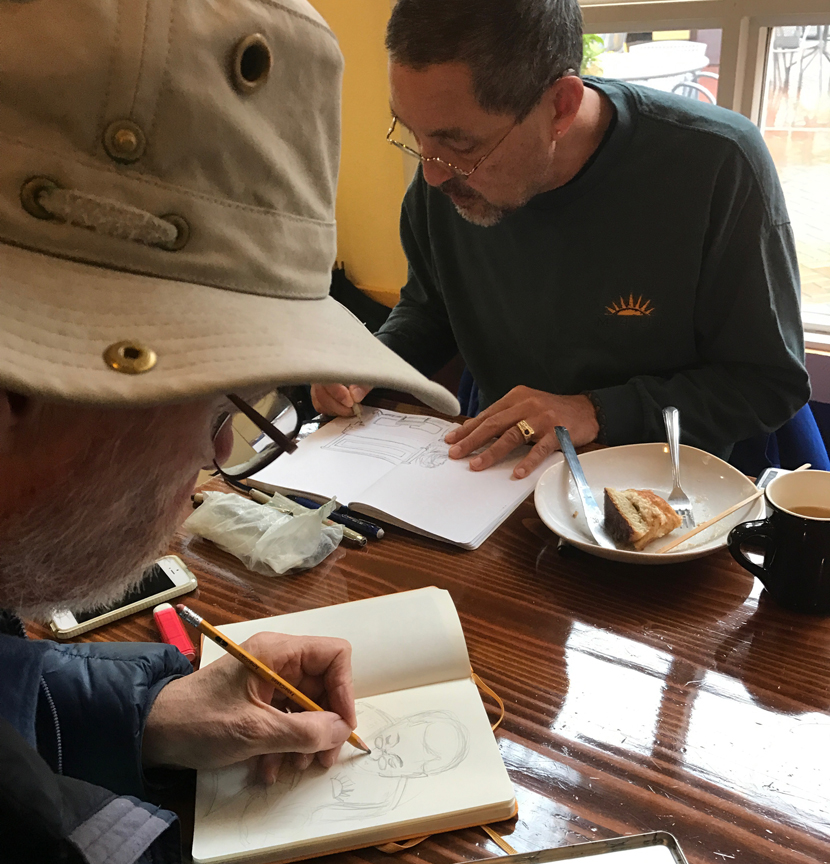 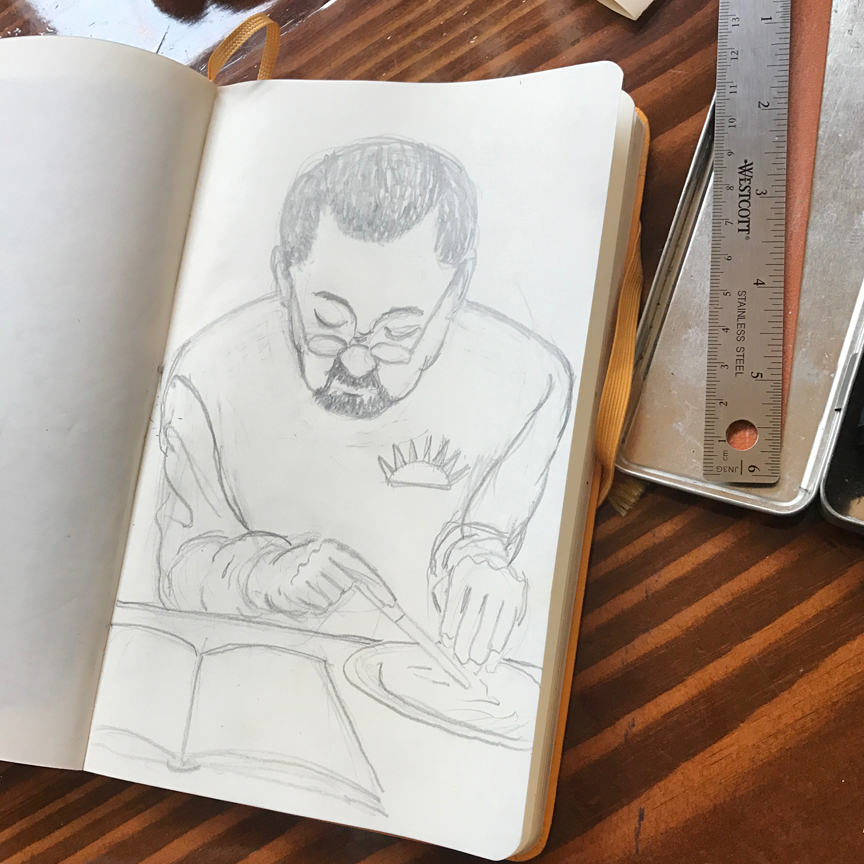 Erik & Hugh were too busy to notice – here’s Erik’s sketch of Hugh (foreshortened!) eating his cinnamon roll in between pencil strokes. 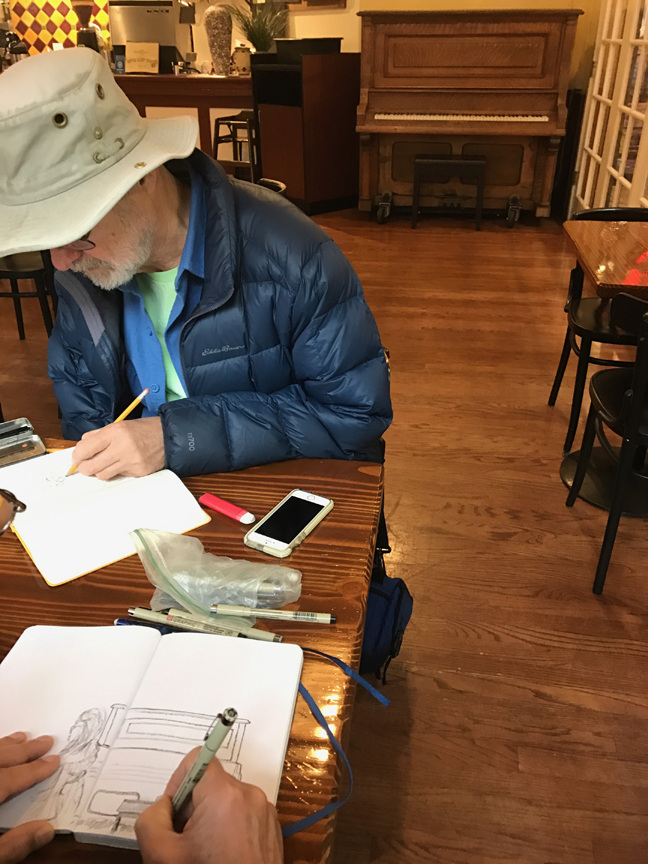 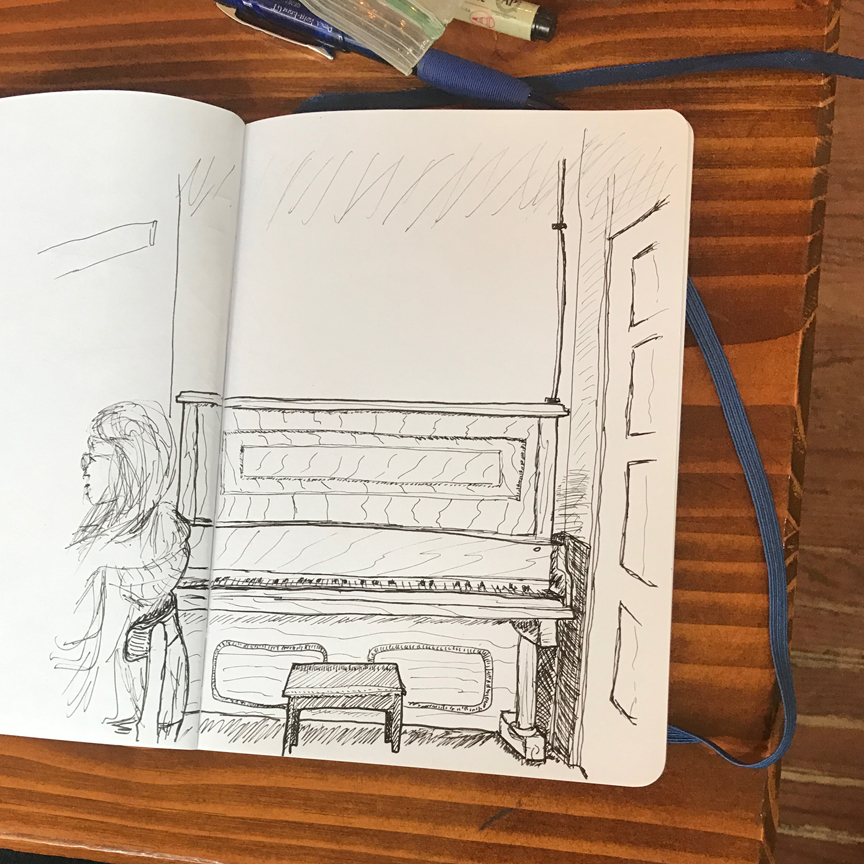 Hugh was looking across the room at the piano – got the wood grain! 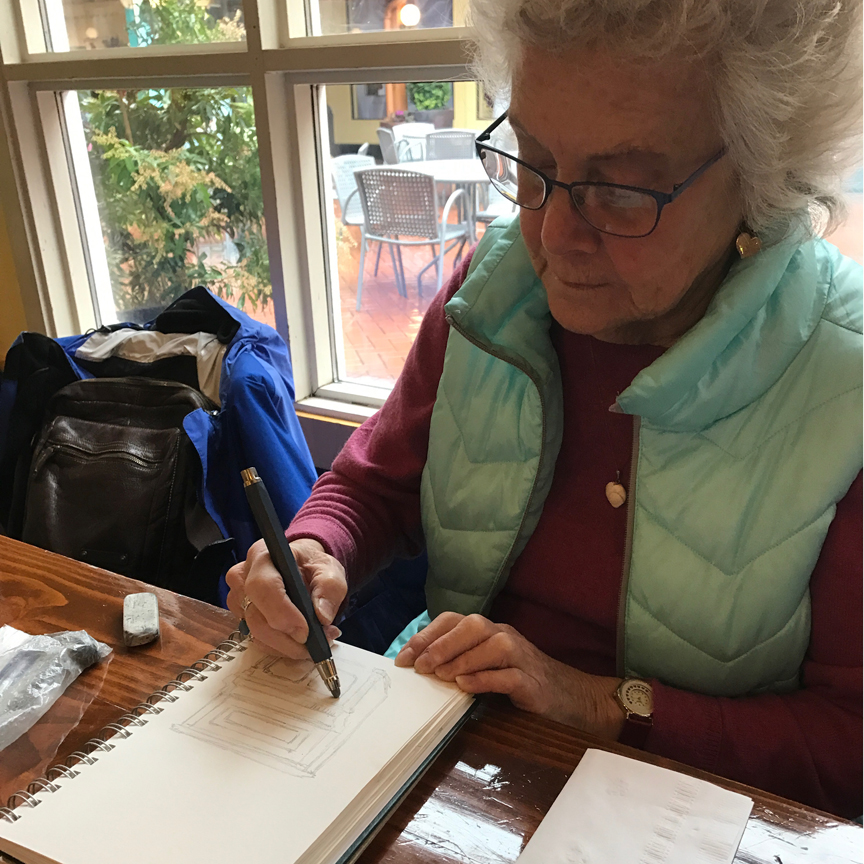 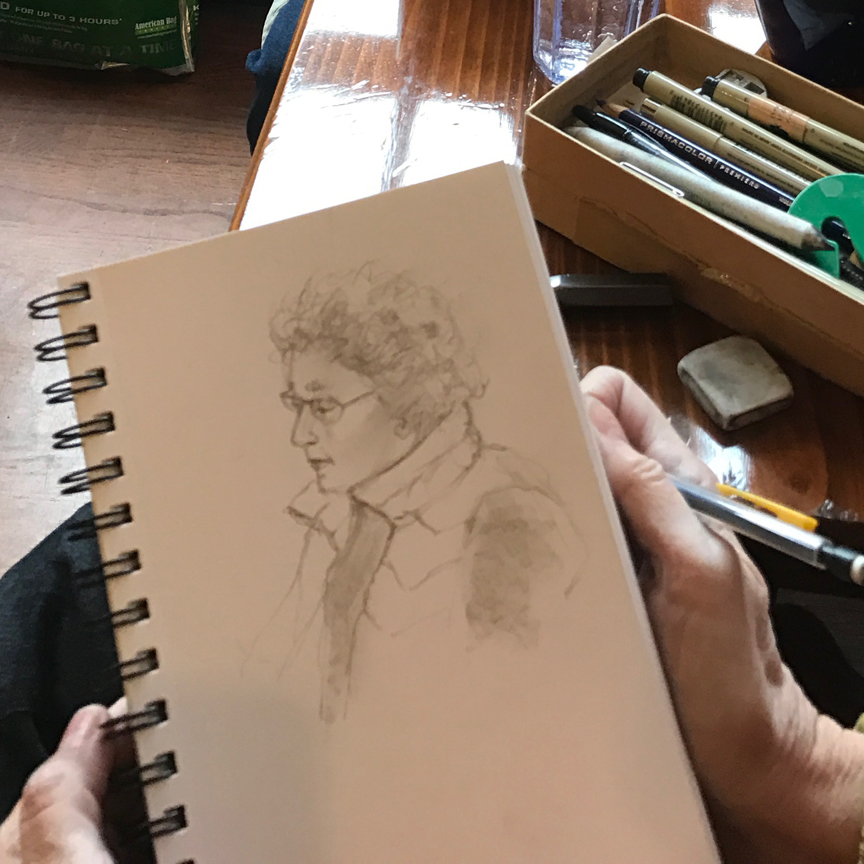 Barb A started sketching the piano, too, while Bev did a drawing of Barbara (told you she was fast). 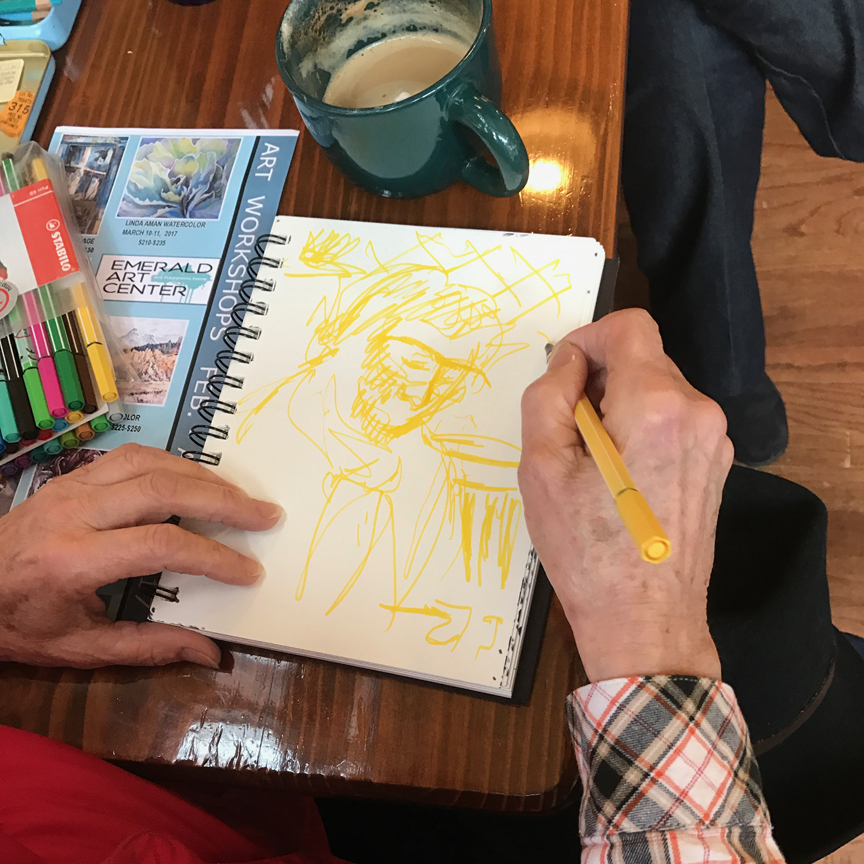 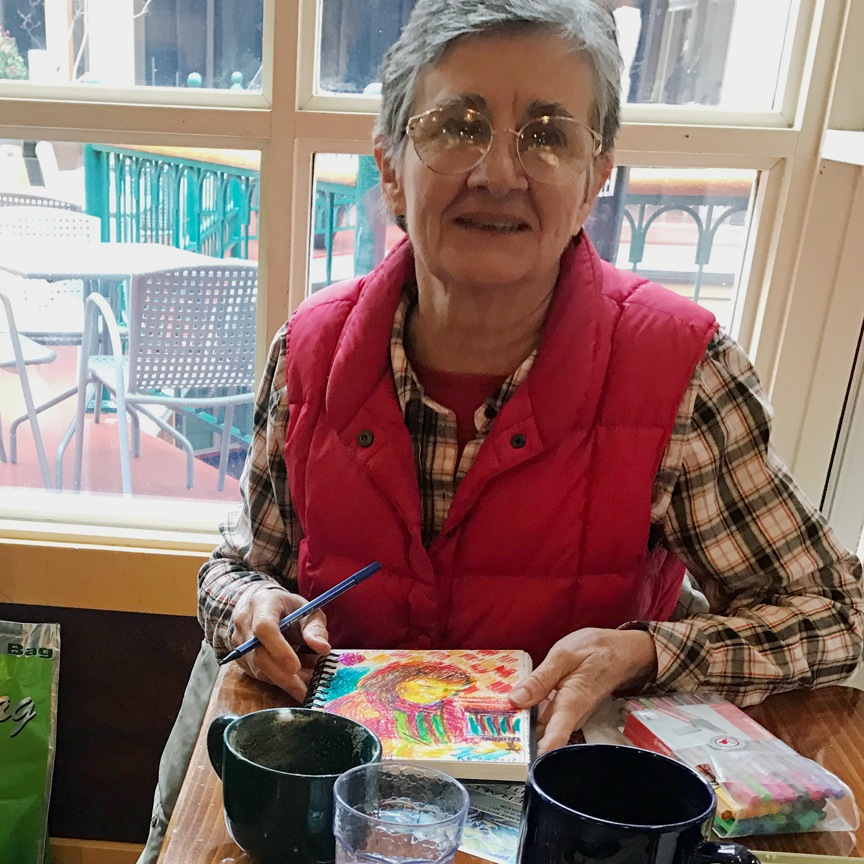 In the corner, Lealan tried sketching a portrait with colored markers – wow, look at that sketch develop! What pizzazz! 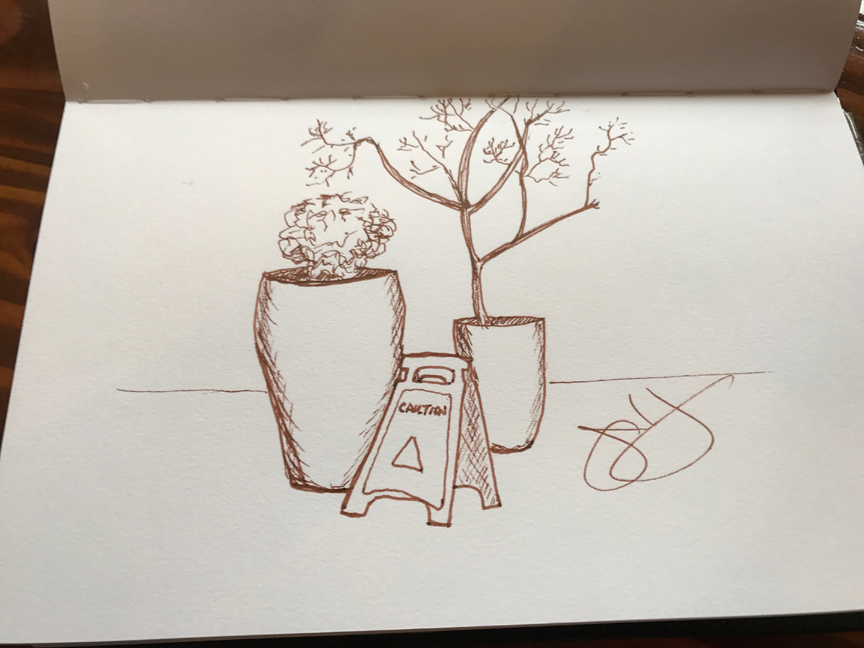 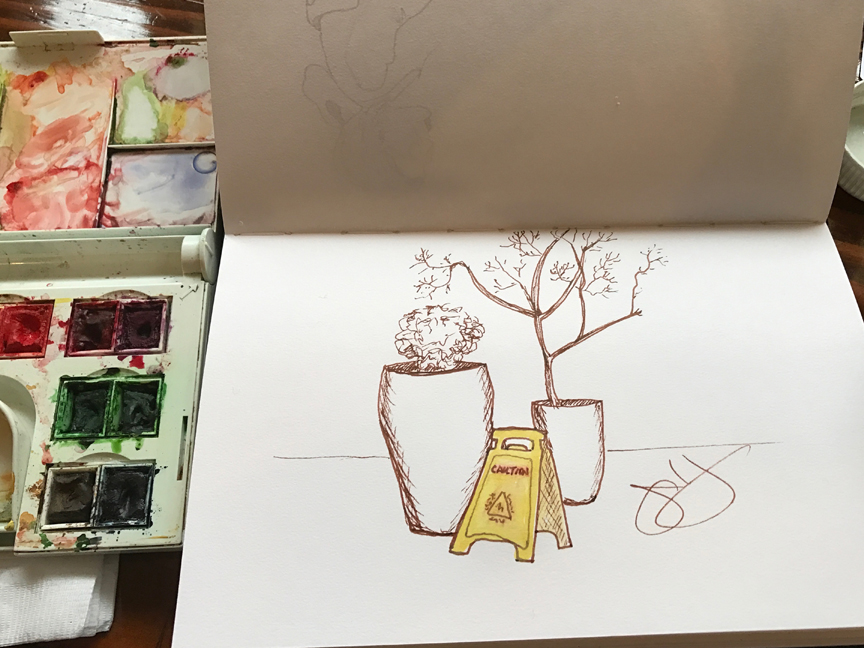 When Jane wasn’t running around taking photos, she did this simple line sketch of the scene on the deck, then a pop of yellow. Done! 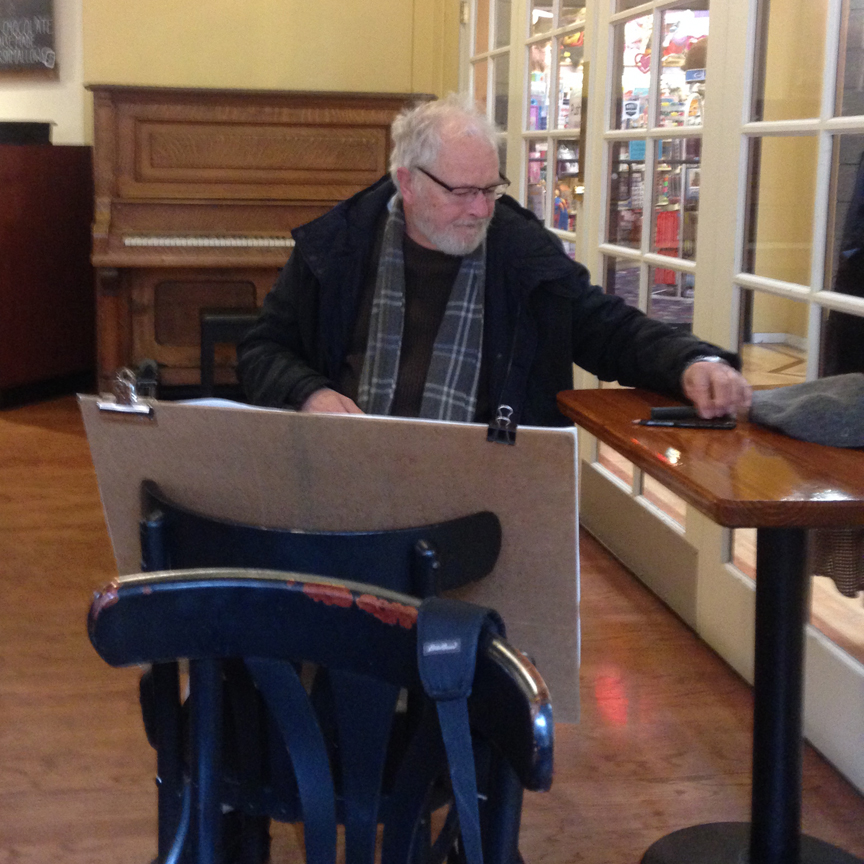 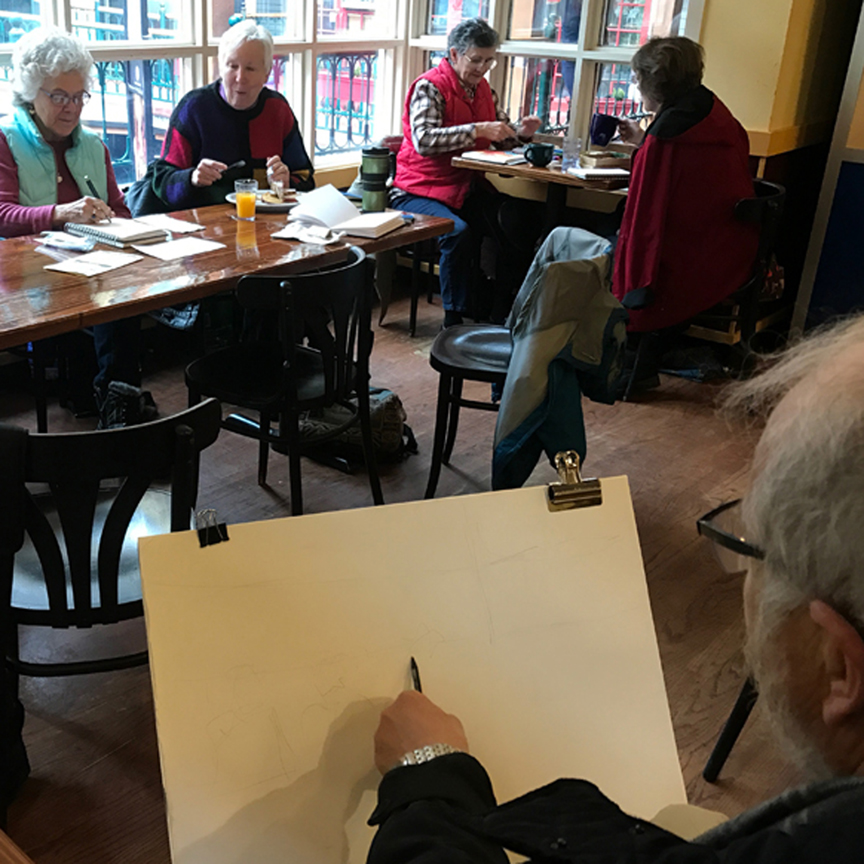 Ken set up shop across from the group, and began a loose left hand sketch of the group…but what’s Phyllis doing…where’s Erik? 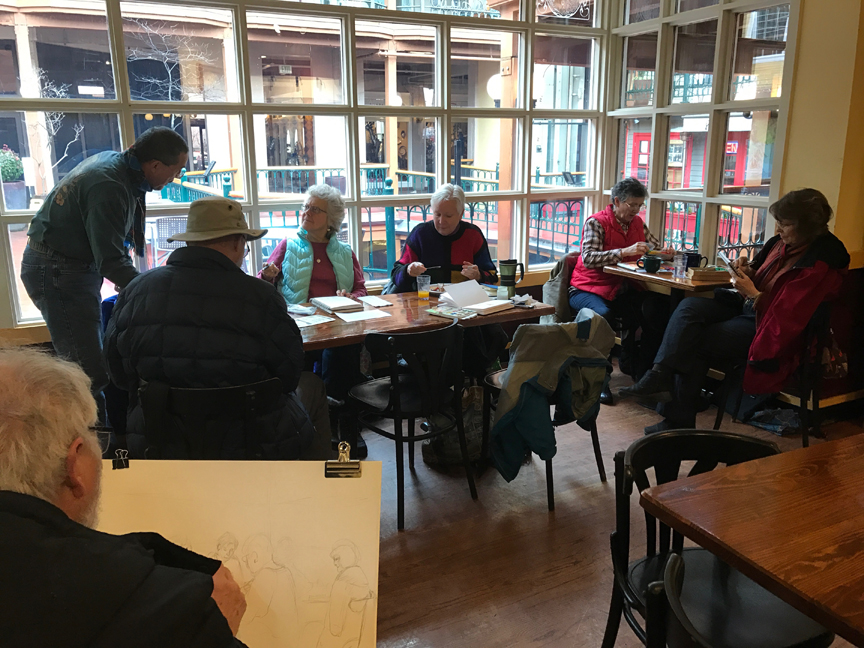 Hugh’s getting ready to leave, Erik’s back, what’s going on? 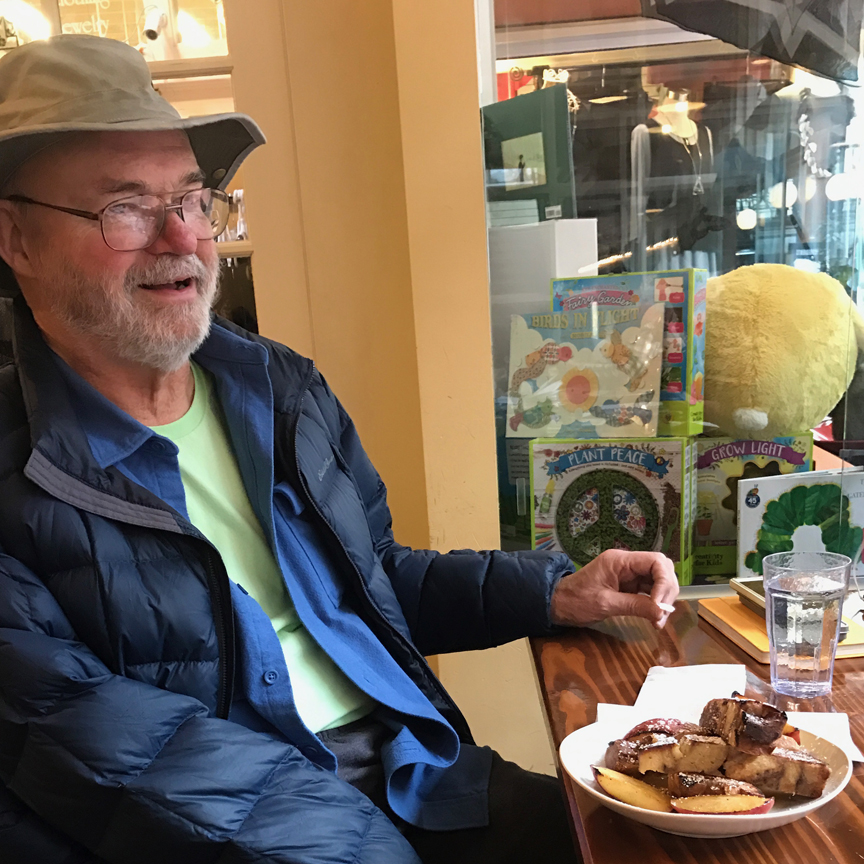 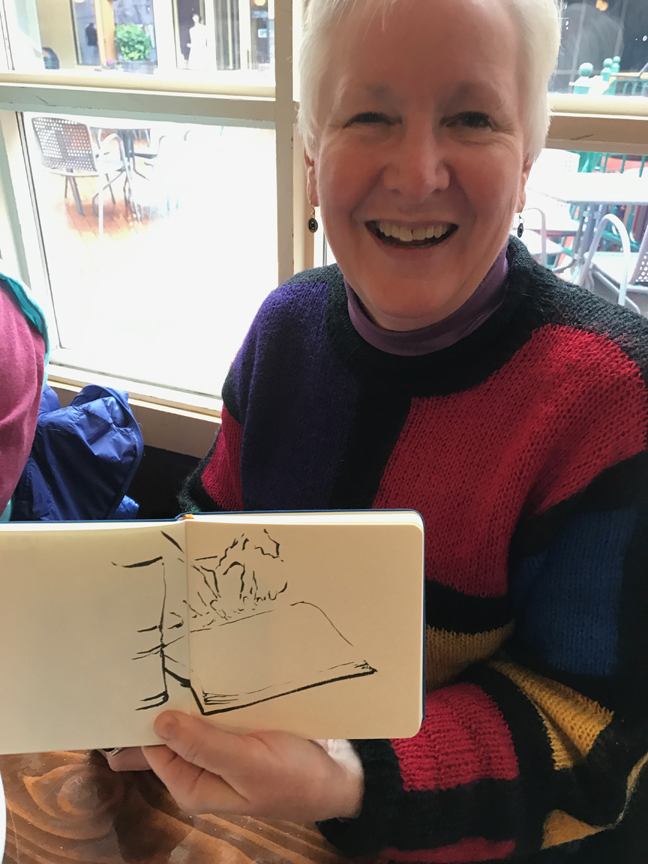 Seeing Phyllis’ “small” Apple French Toast was too much to resist! And here’s what Phyllis managed to do prior to her French Toast. 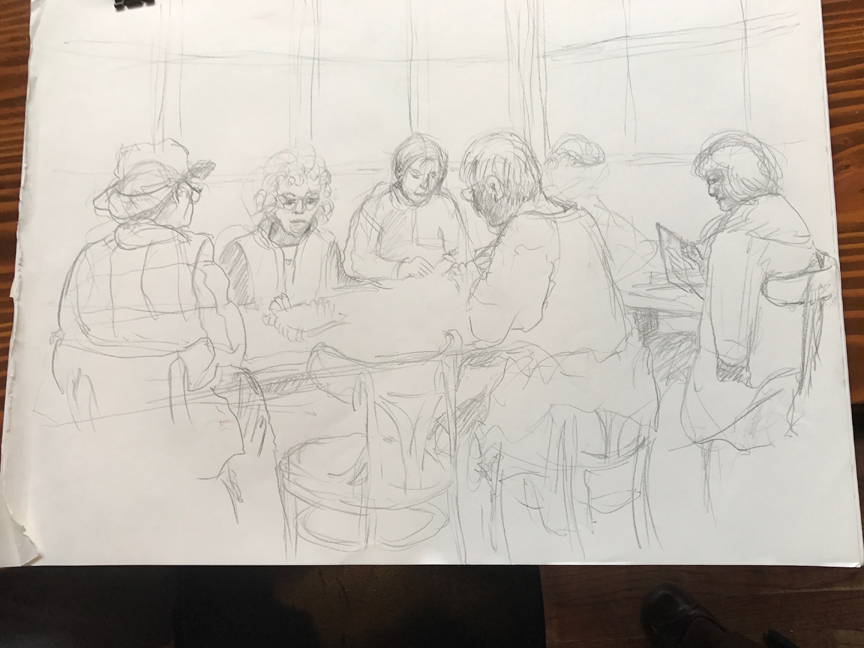 Meanwhile, Ken was trying to keep track of the restless crowd… 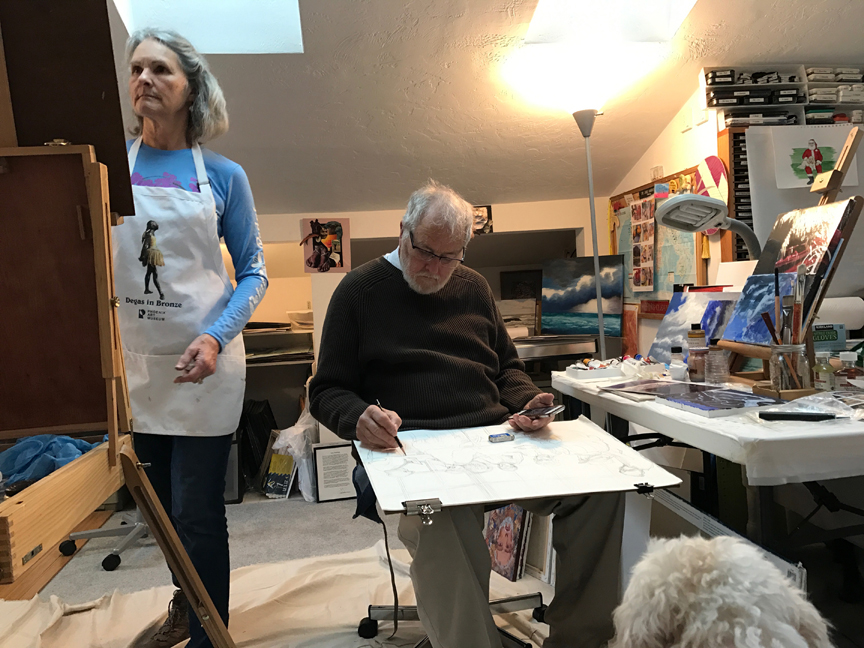 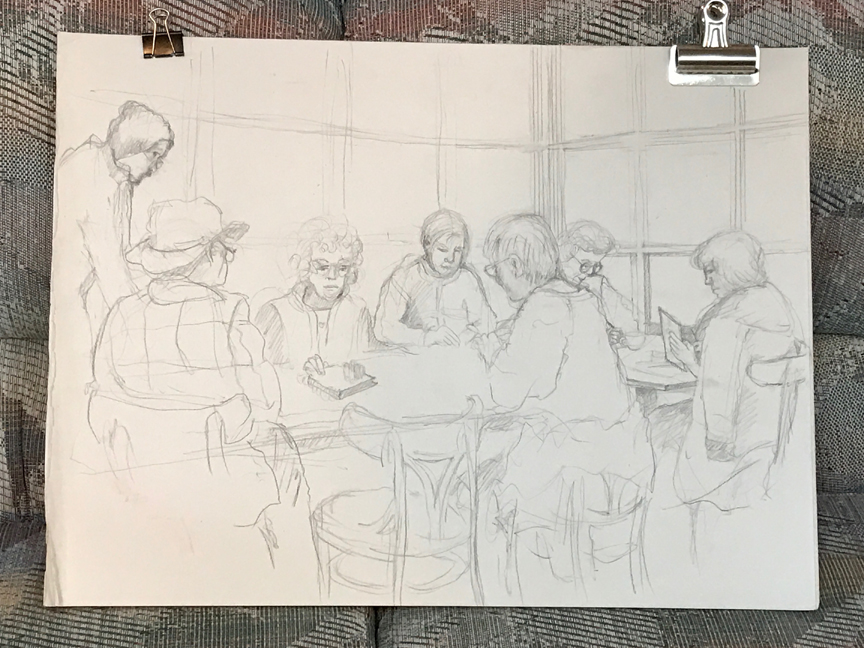 So the next day (usually a painting day with Sandy & Jane) Ken looks at multiple photos of the group, and manages to get most of us into the sketch (under the supervision of Jane’s dog, Qi). Whew!