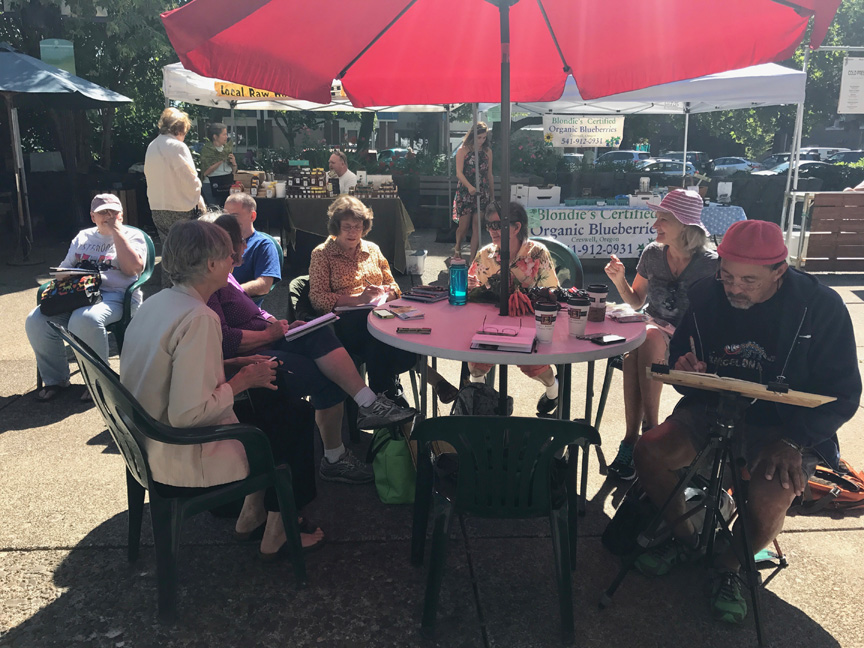 Here we are, most of us gathered under a red umbrella at the market, from left to right: Judith & Justin in the sun; Helga, Marsha, Bev, Lealan, Sandy, & Hugh taking cover from the sun. 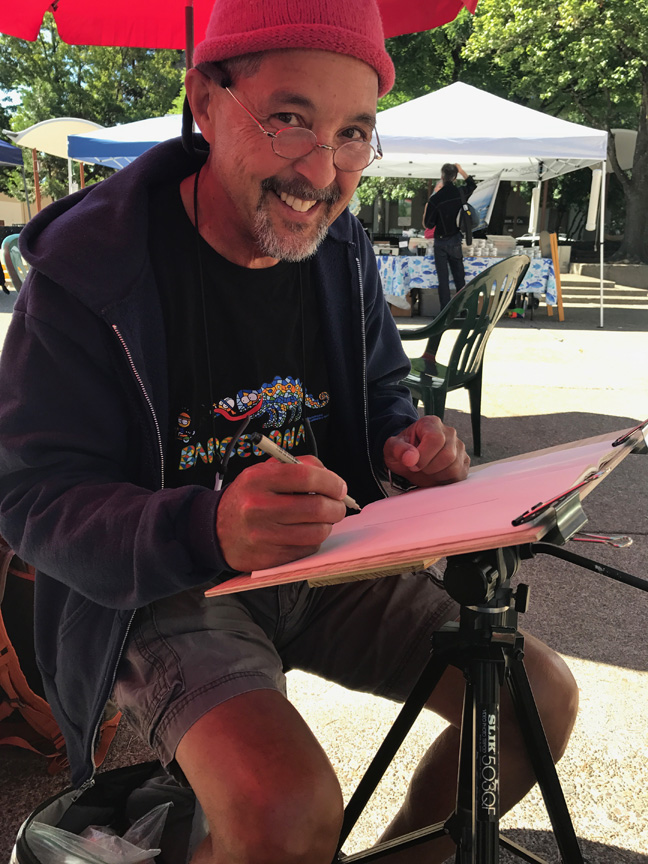 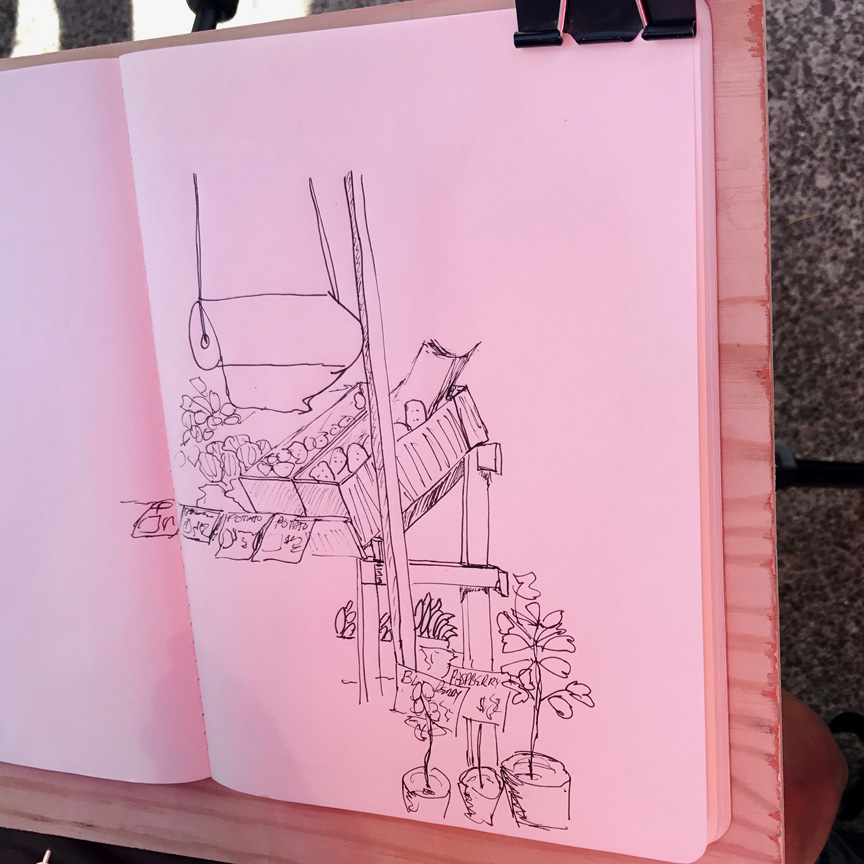 Hugh concocted his own sketching tripod, which gives him a stable base for his sketchbook, and he got  into sketching right away. 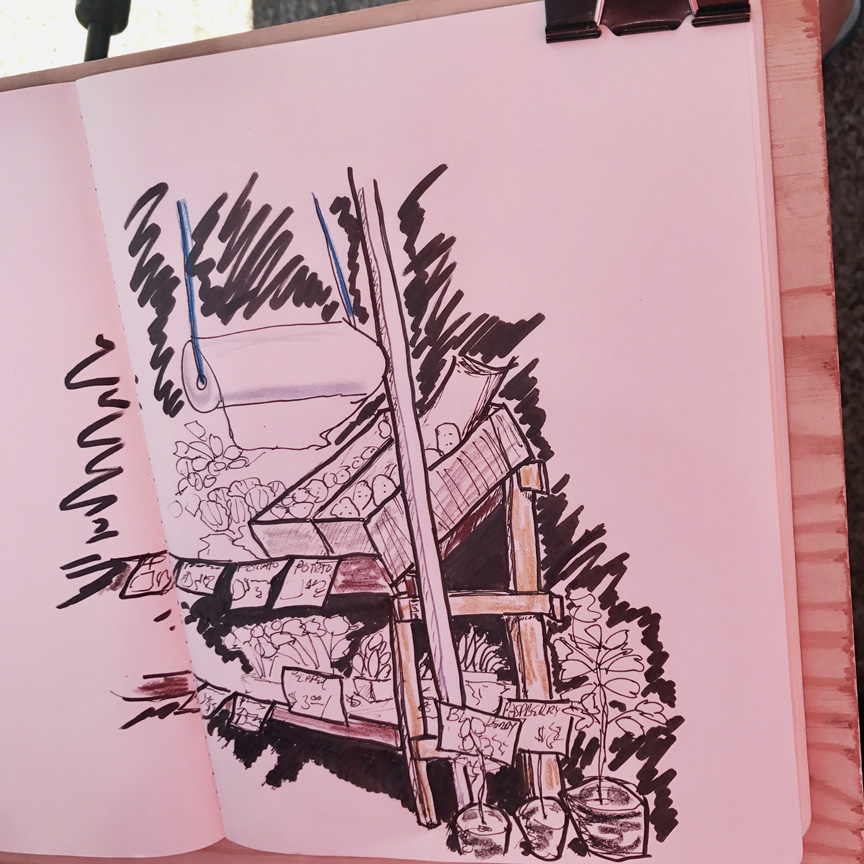 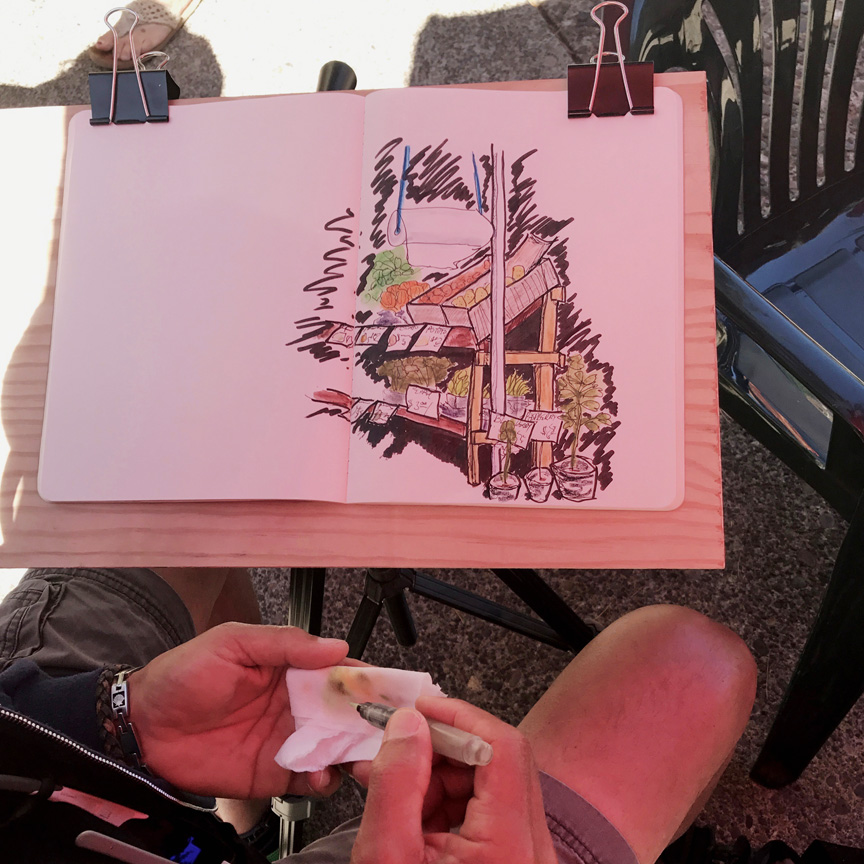 The light coming through the red umbrella gives his sketch a rosy glow! But he sure nailed the booth across from him in his sketch. 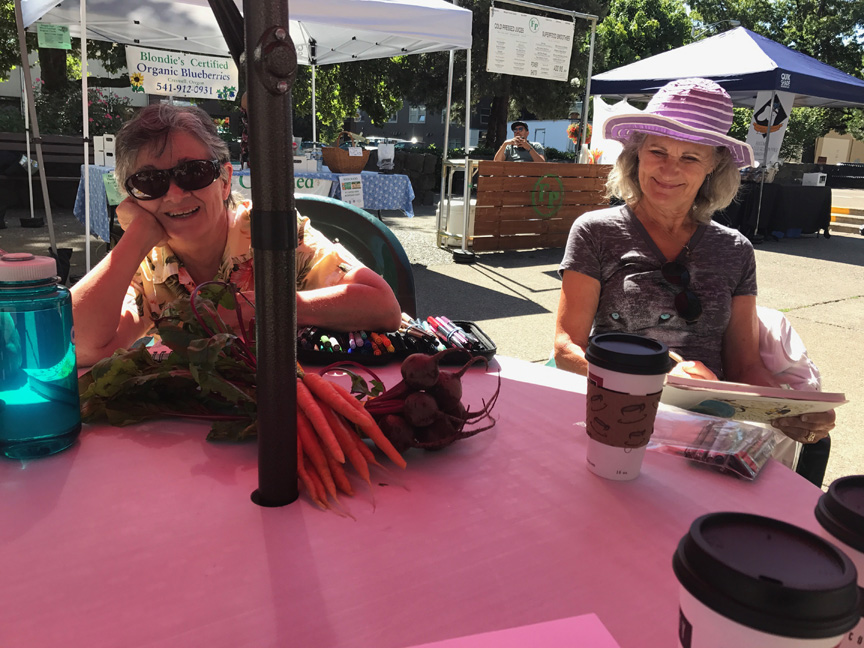 Lealan did her shopping first and generously contributed a still life, much to Sandy’s and Jane’s pleasure. 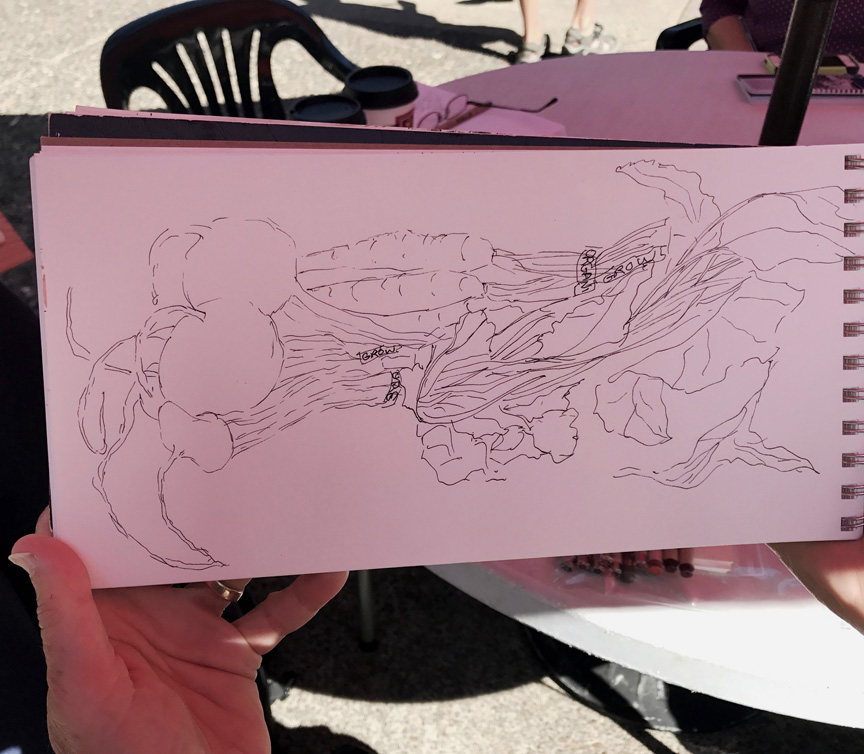 Here’s Sandy’s sketch of the beets & carrots – her paper really was white as you can see in her final sketch. 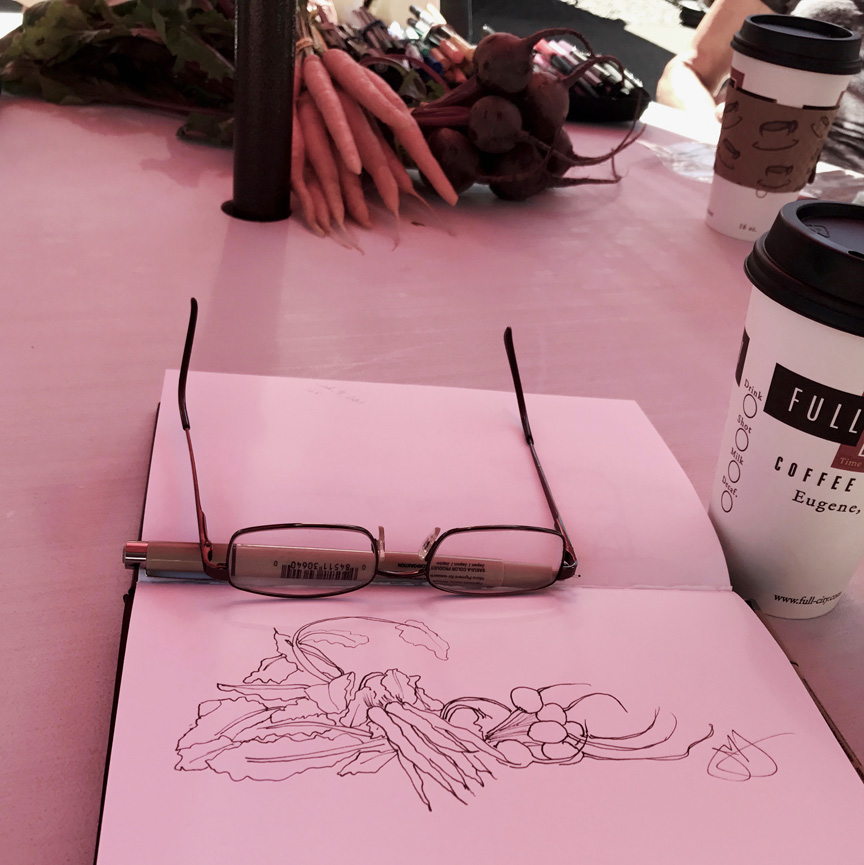 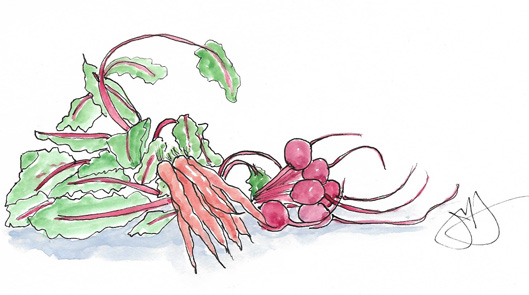 Jane had a different viewpoint for her sketch of the veggies. 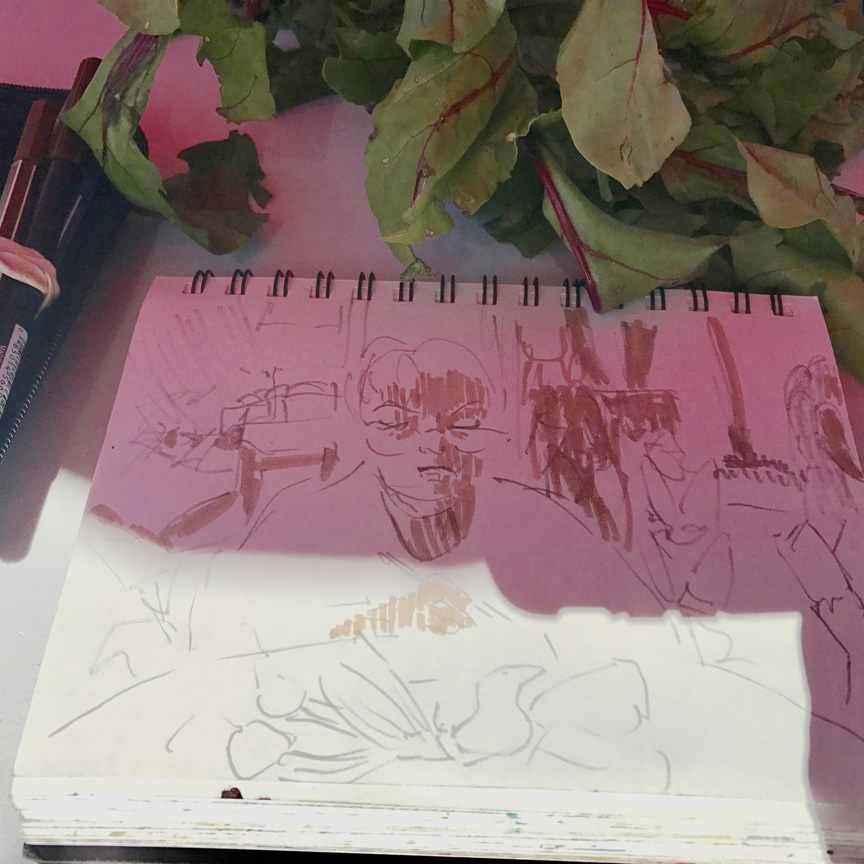 And Lealan looked right over the top of the veggie still life to include Jane in the picture! 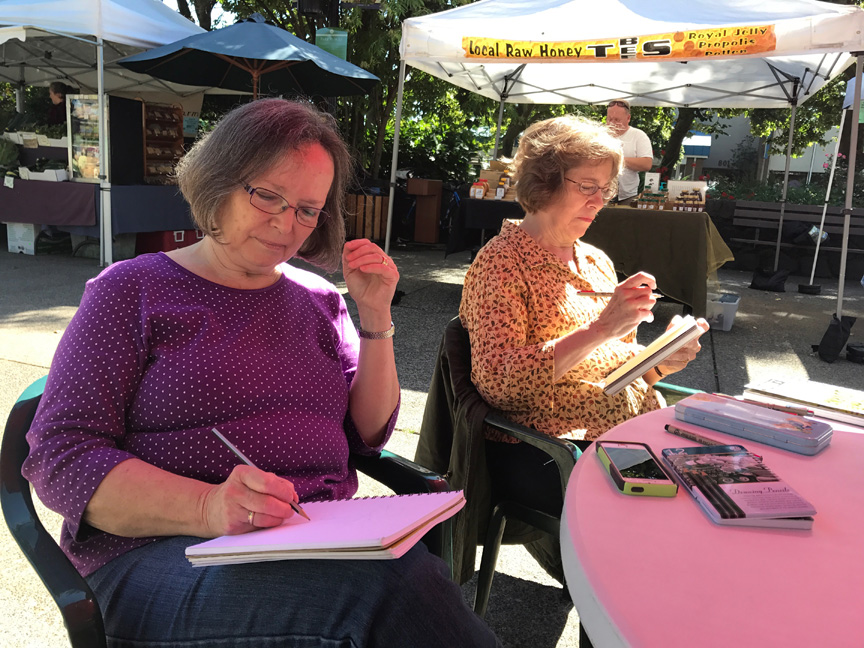 Here are Marsha and Bev busy sketching – in the pink, so to speak! 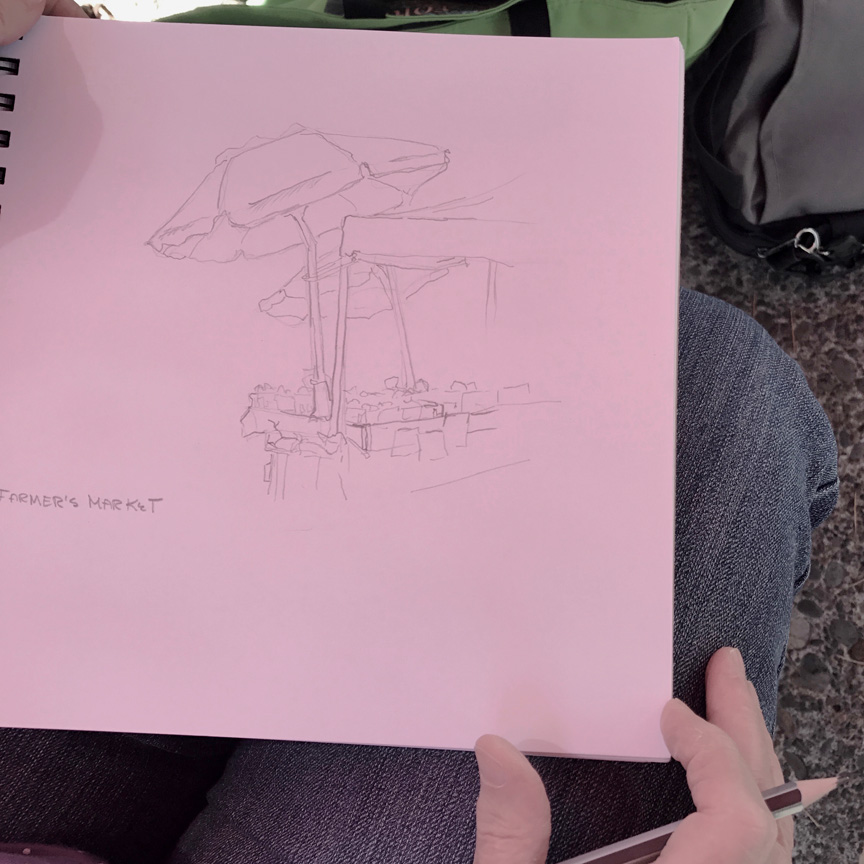 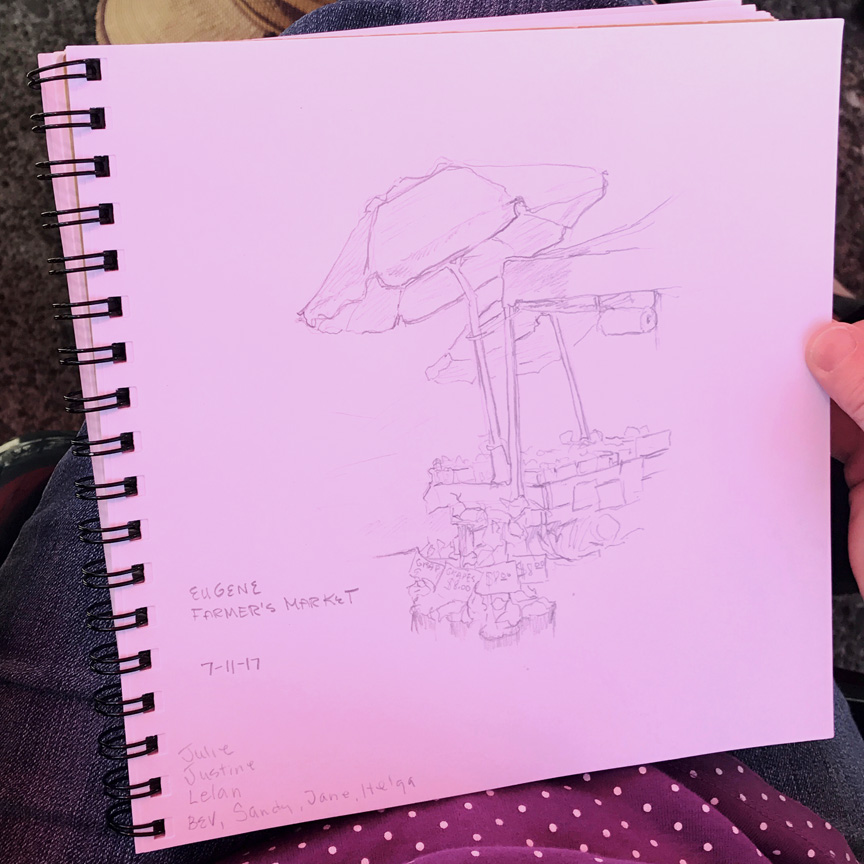 Marsha did her preliminary sketch with pencil, which doesn’t show up so well here. So come back another time to see it inked! 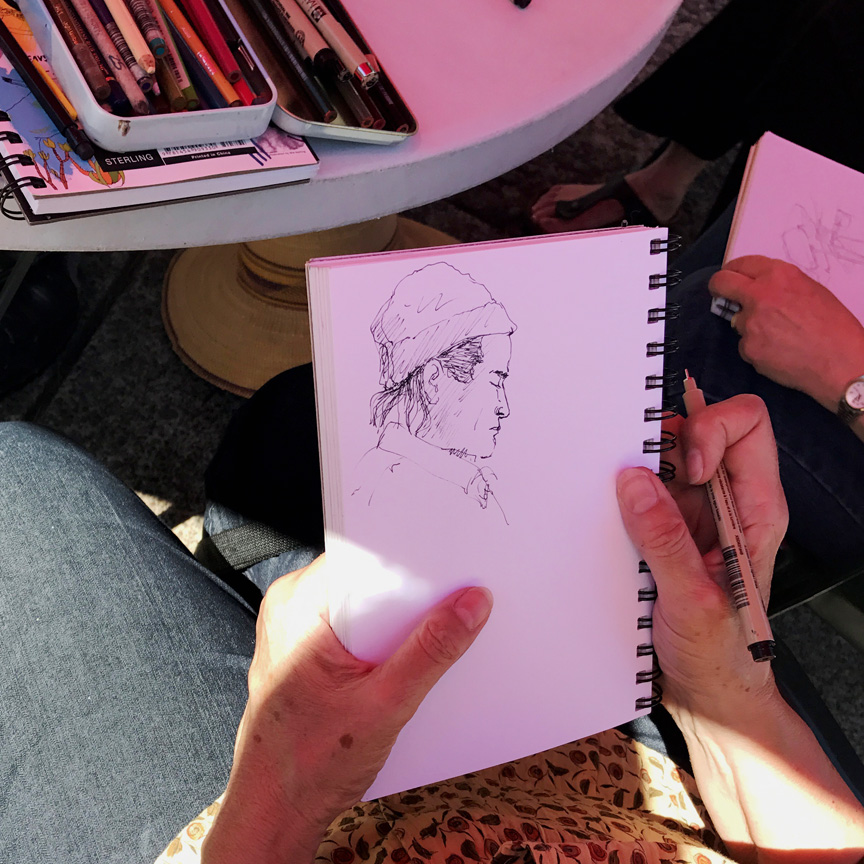 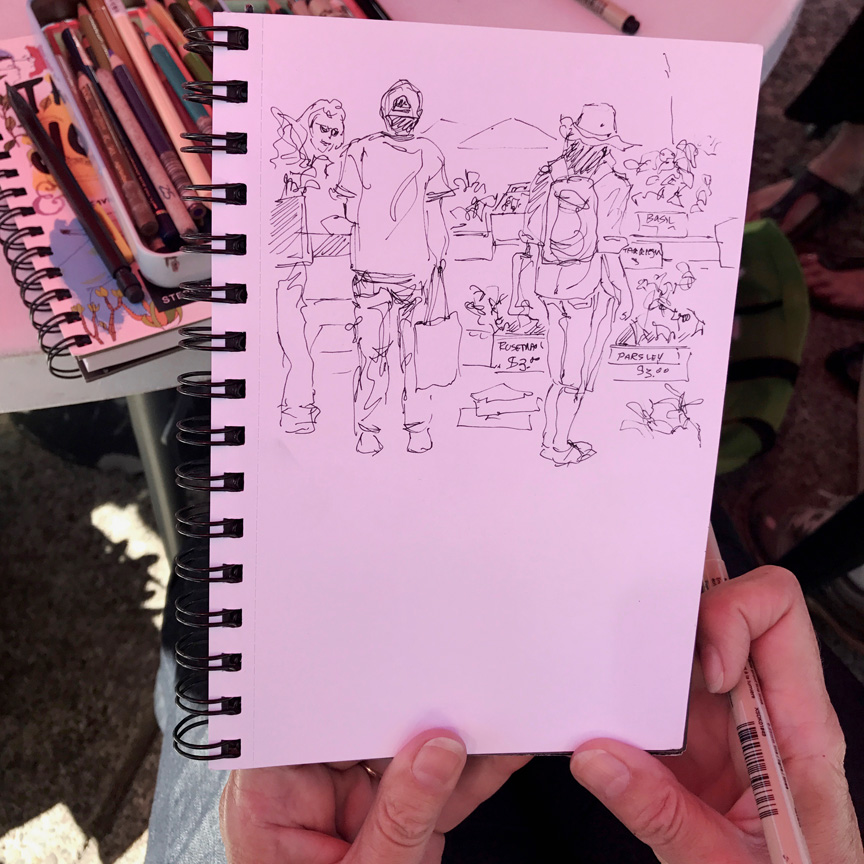 Bev was the busiest of us all, and got three sketches done! 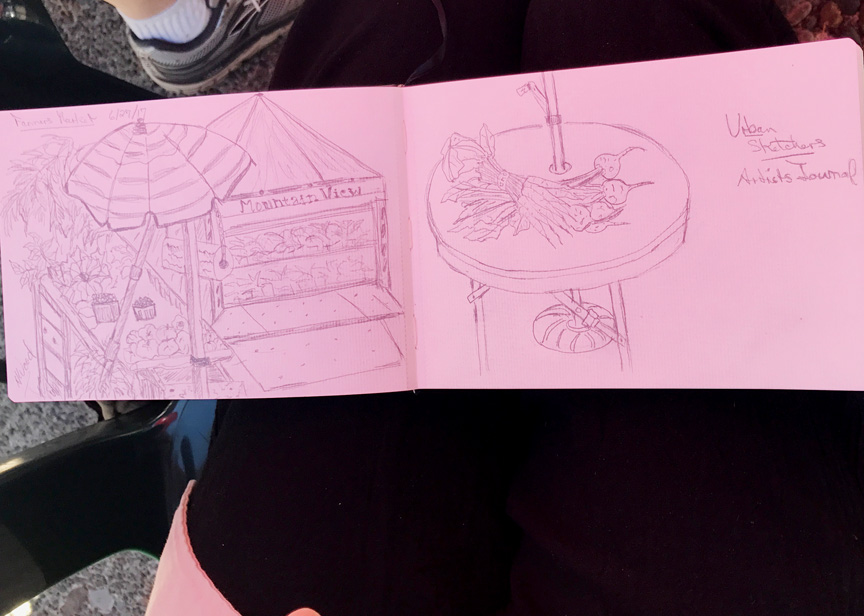 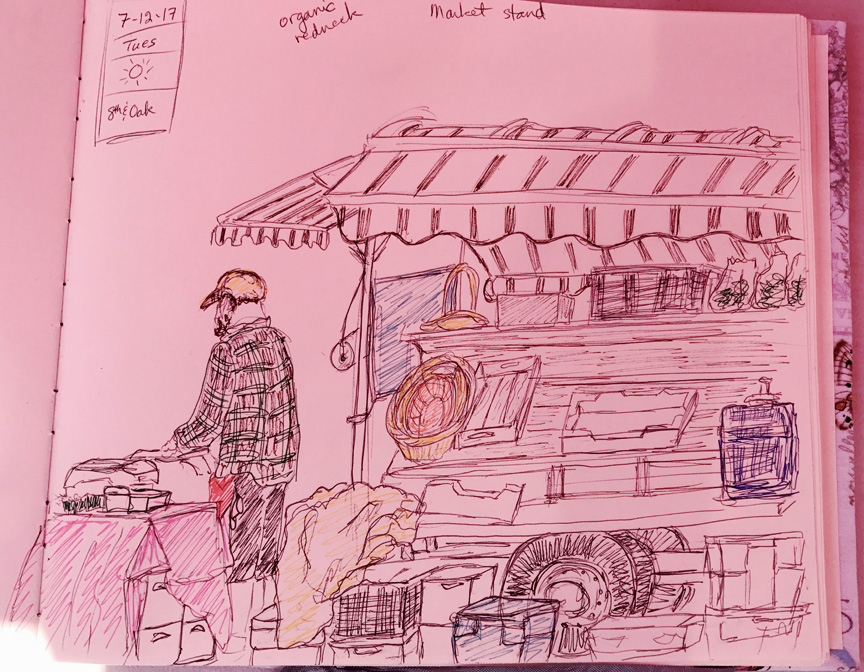 Helga added to her market sketch from last time, and Daisy captured a whole booth with color and detail. 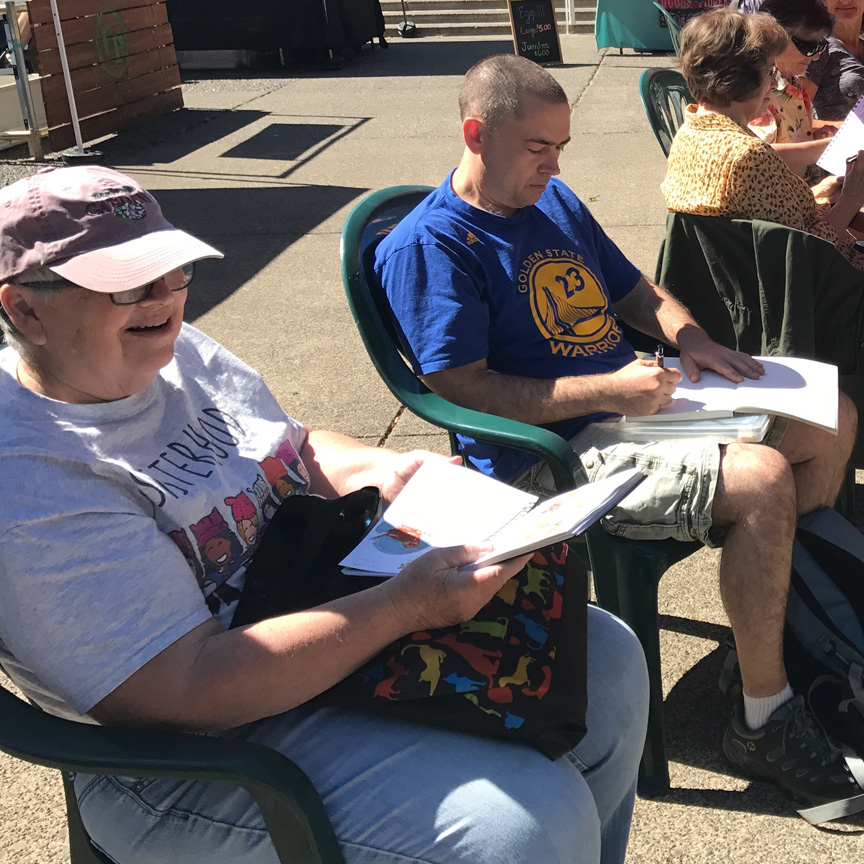 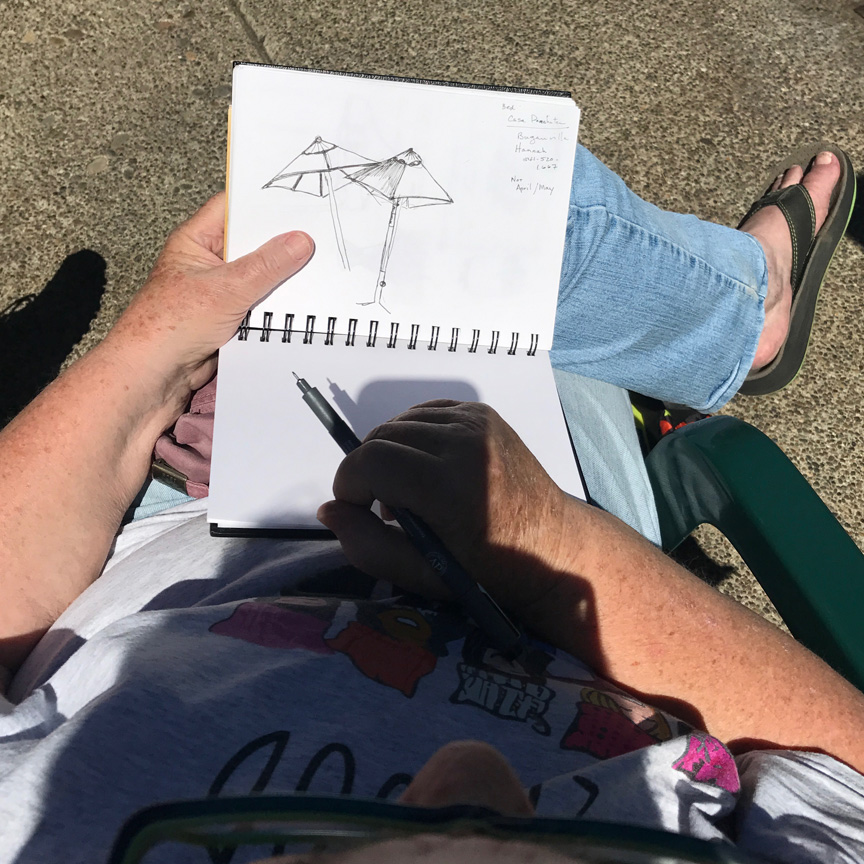 Judith’s son Justin was visiting from Japan, and came sketching with her. Judith took on the challenge of those baffling square umbrellas. 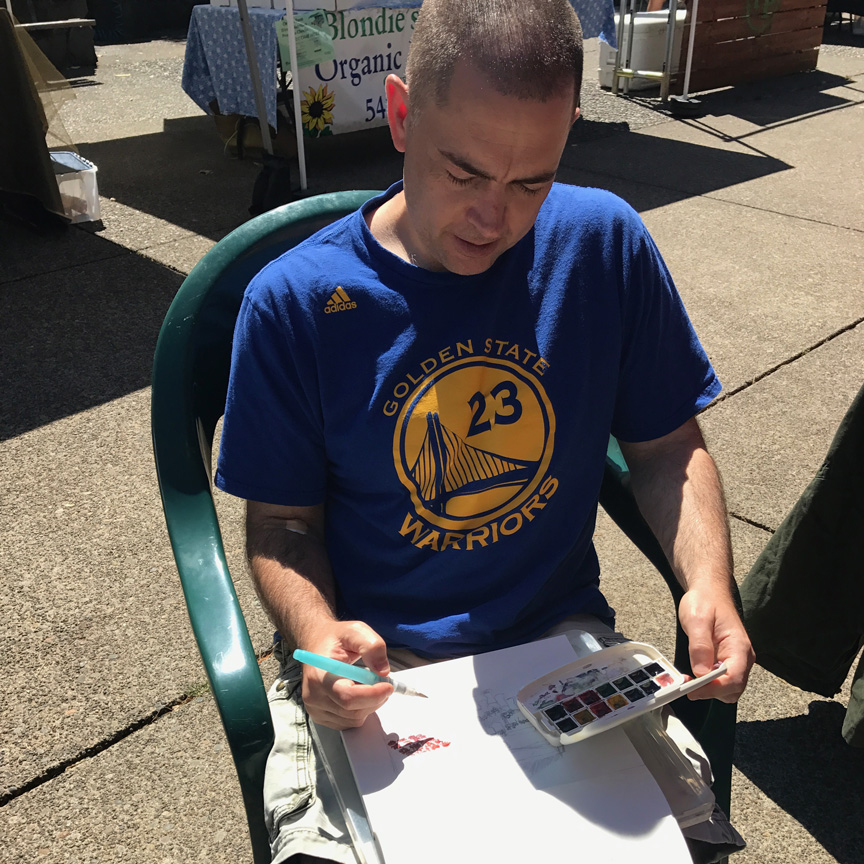 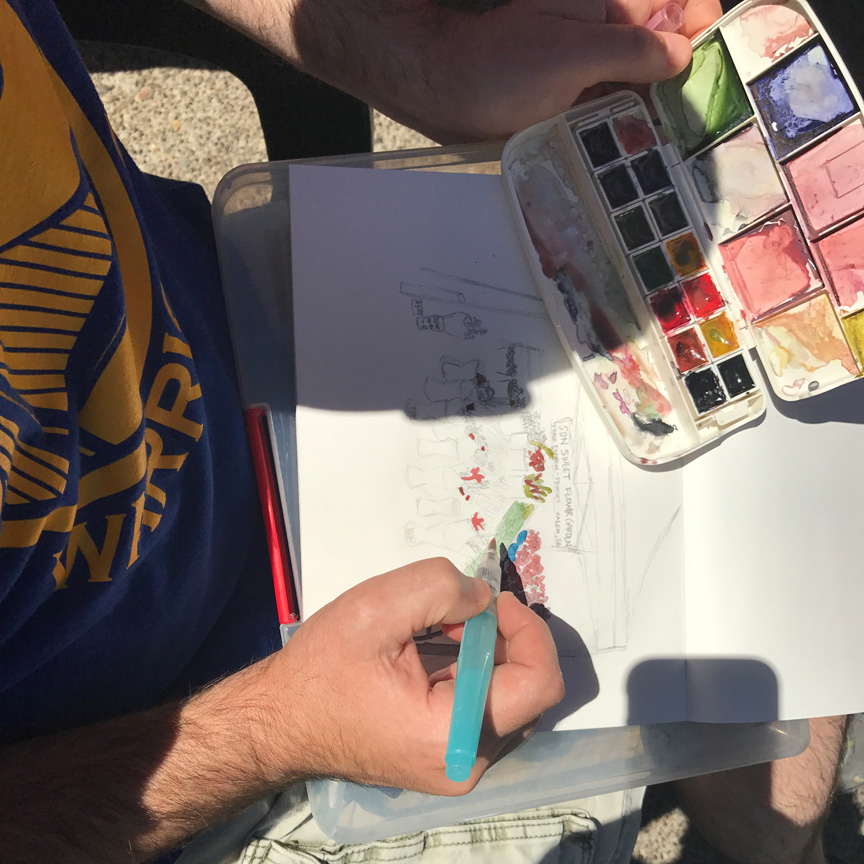 It turns out that Justin is an old hand at watercolor sketching. It’s always such a pleasure when we can include visiting family! Keep coming back, Justin!