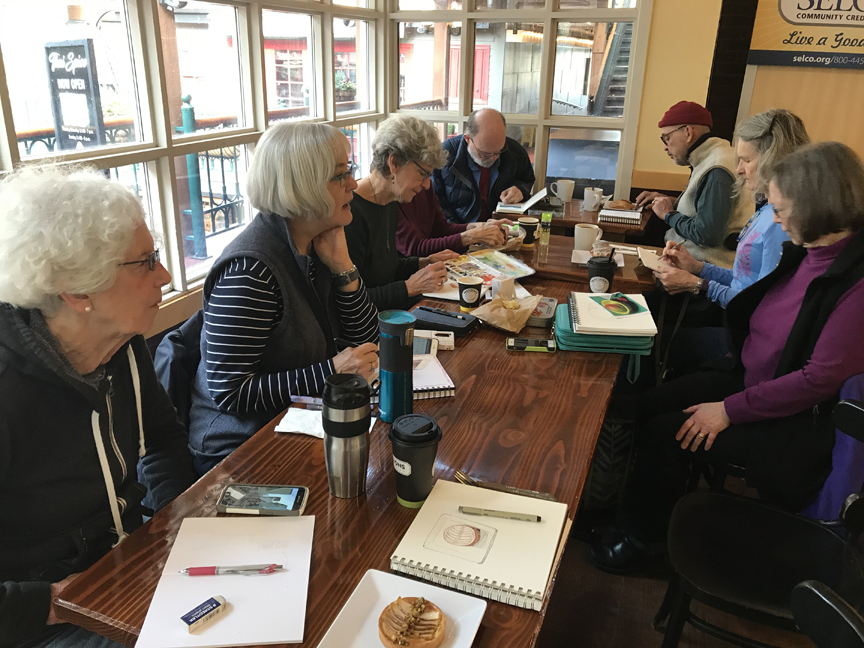 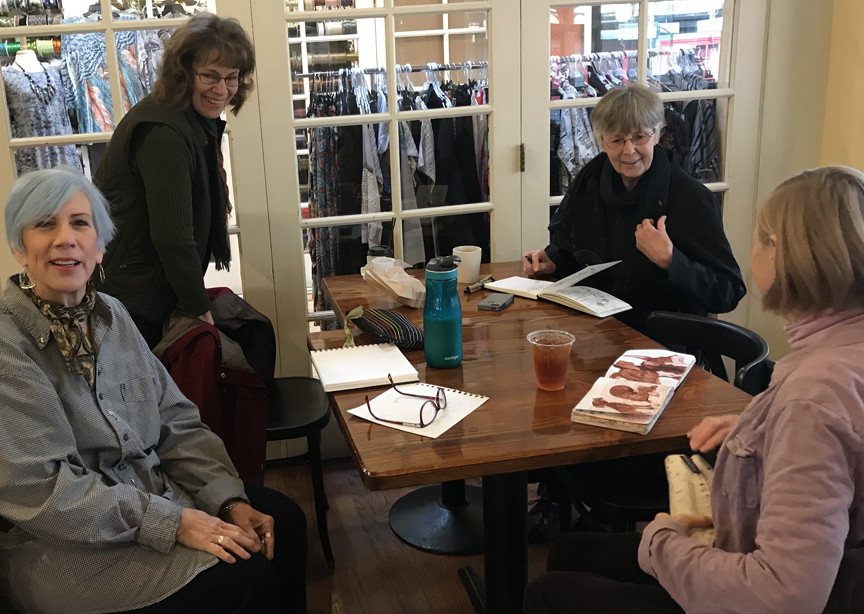 Barb Sh caught us up on her recently finalized sketch pages.

Katie was finishing up some pages in her sketchbook – lovely! 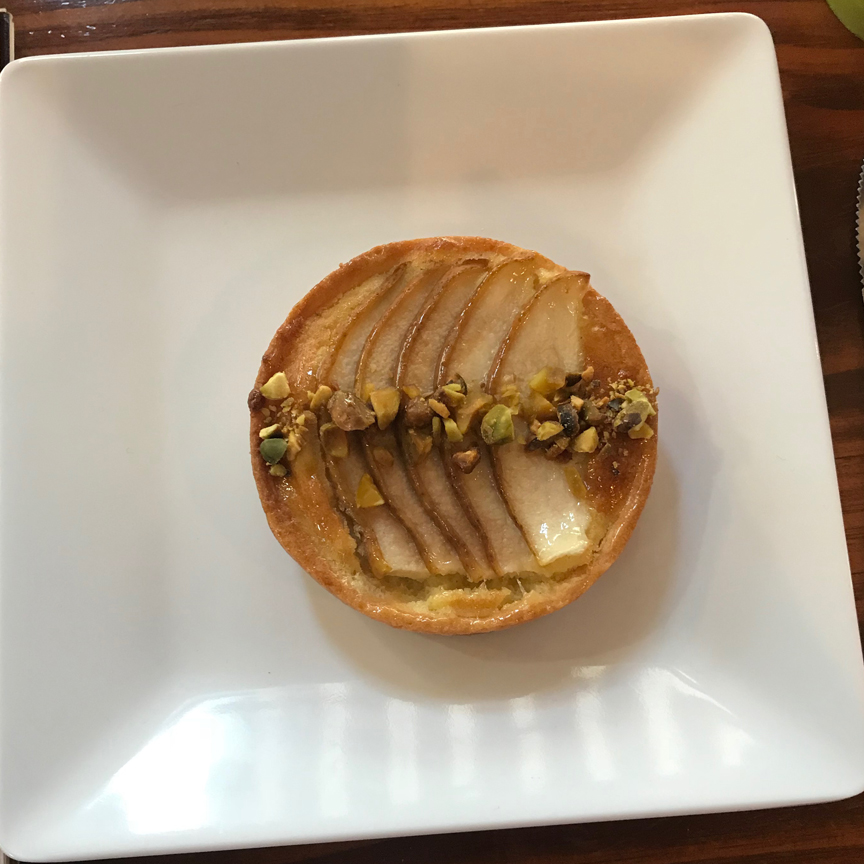 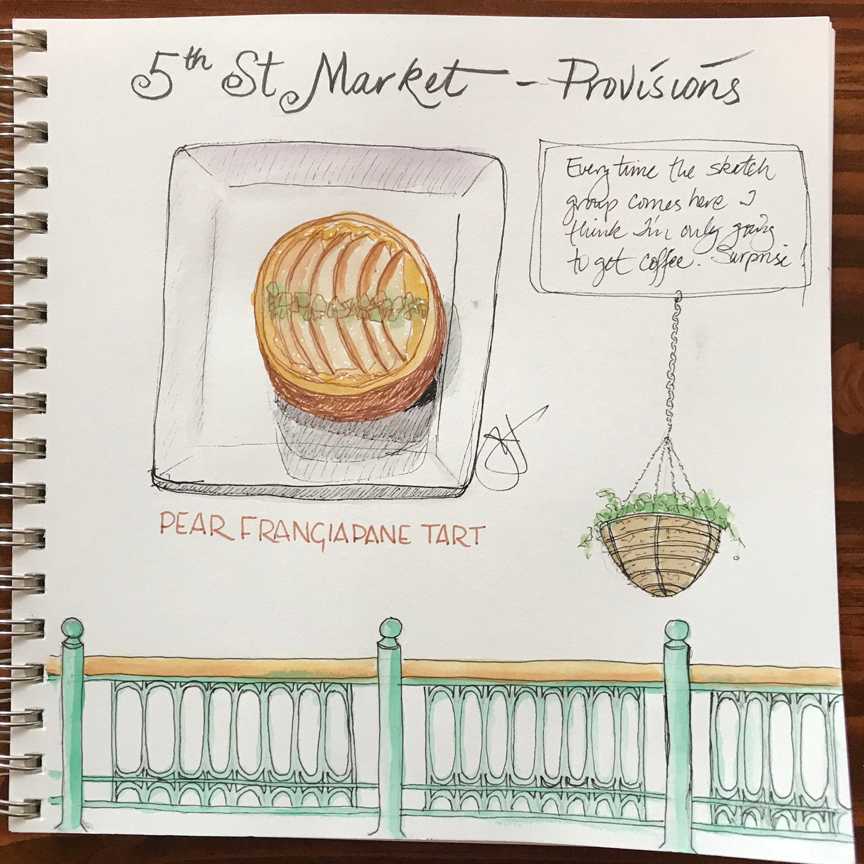 Jane didn’t stop with one little sketch for once, but inspired by some of the other sketchers, she completed a whole page! 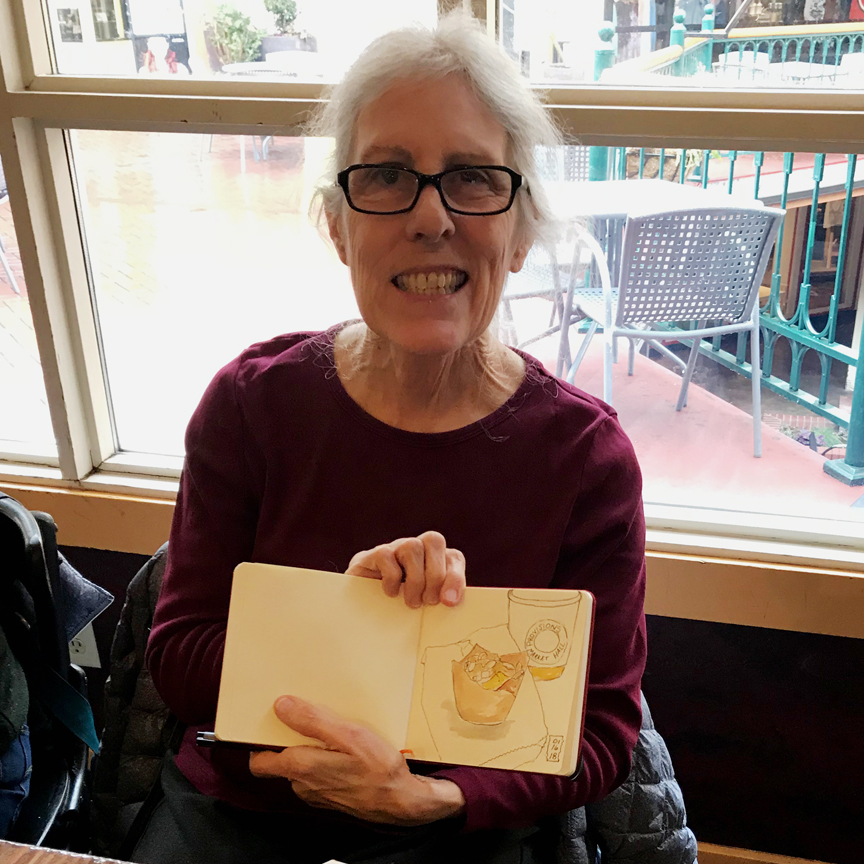 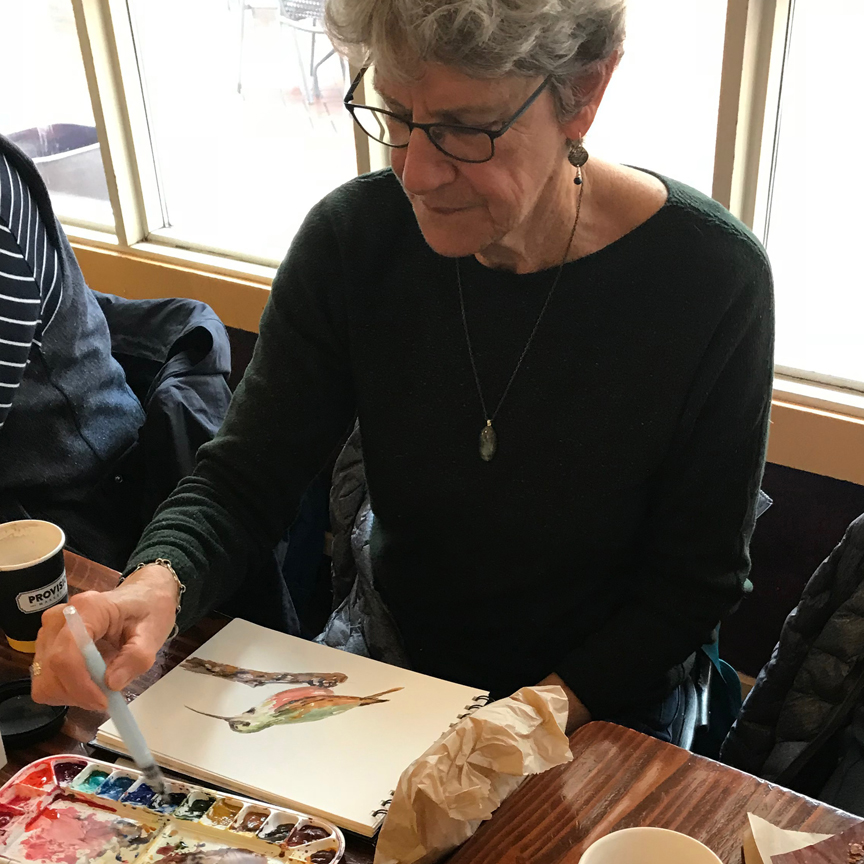 Barb So sketched her muffin, while Penny added color to her bird. 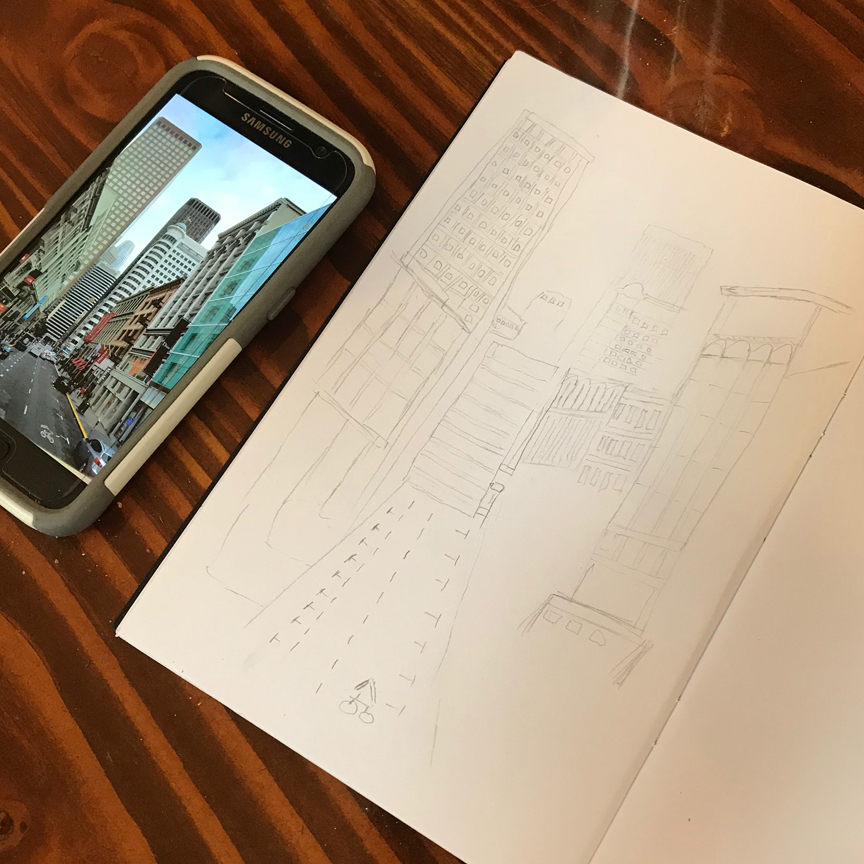 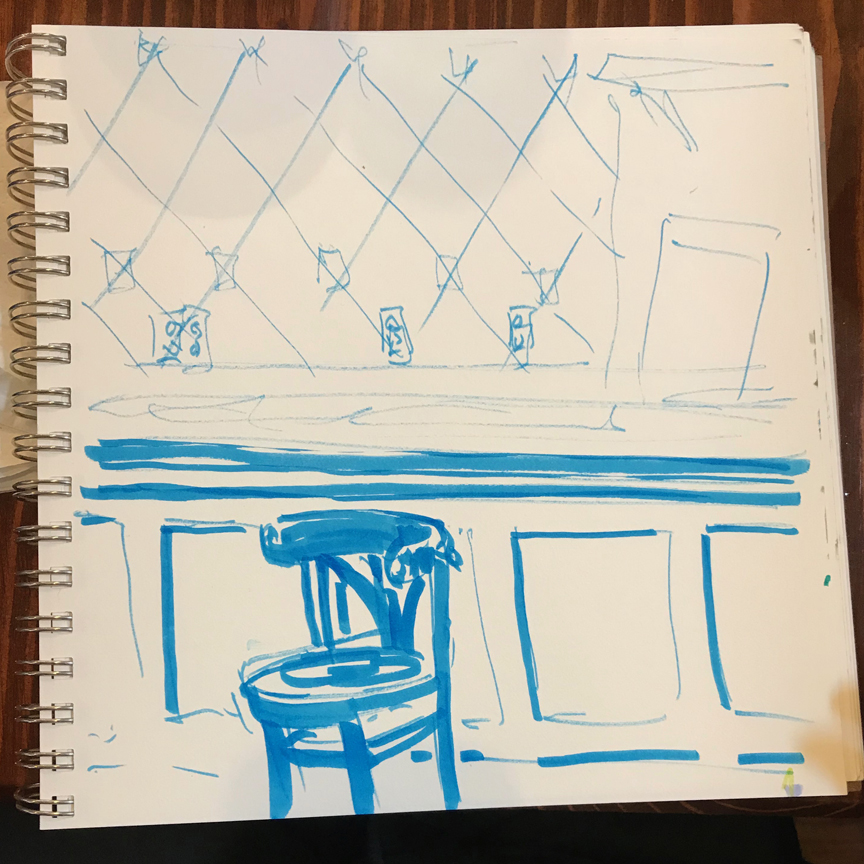 Lynda chose a city scape; Lealan chose an inside scape.

Here you can see Erik’s technique of using layers of color to build up a landscape. Then he was on to a new sketch – check back to see this. 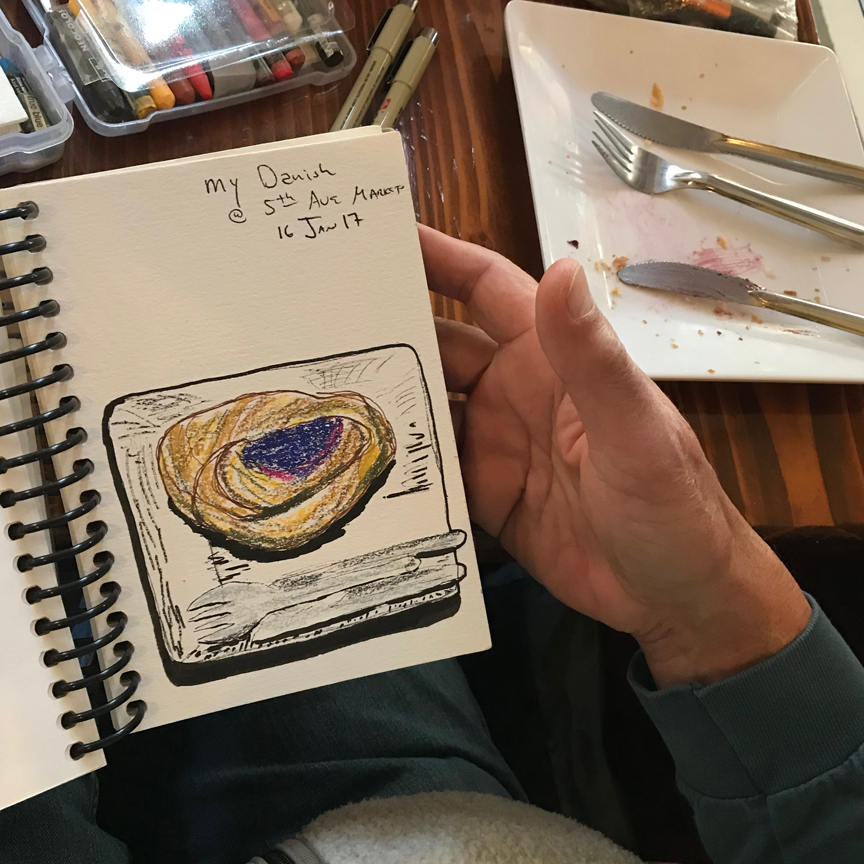 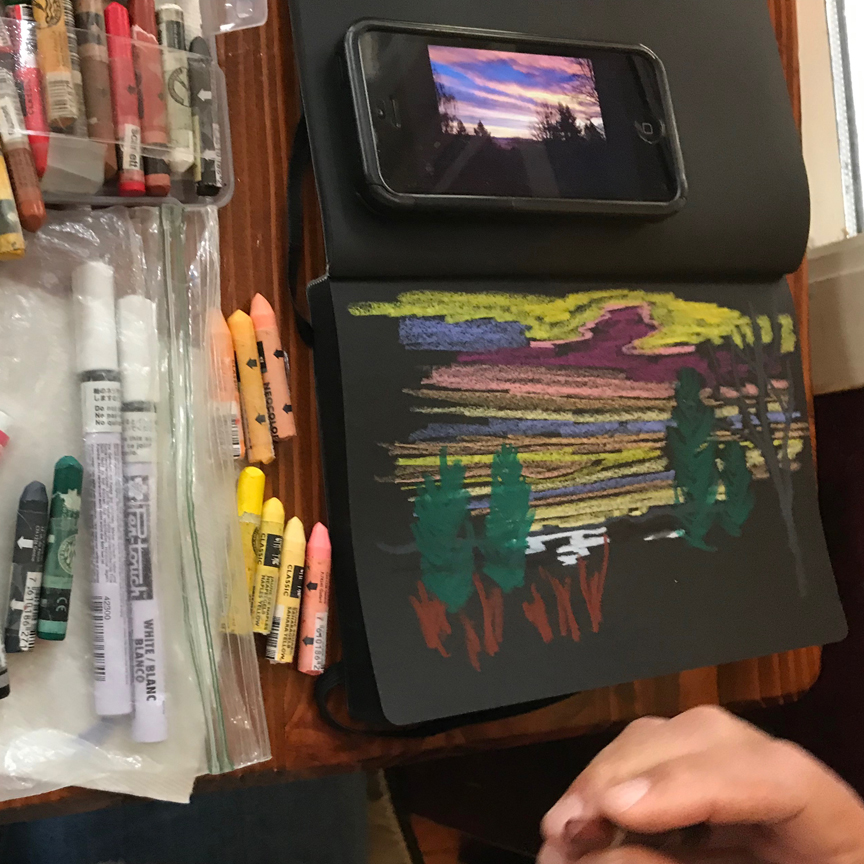 Hugh did a record time sketch of his Danish so he could eat it, then moved on to his current favorite – wax crayons on black – so vivid! 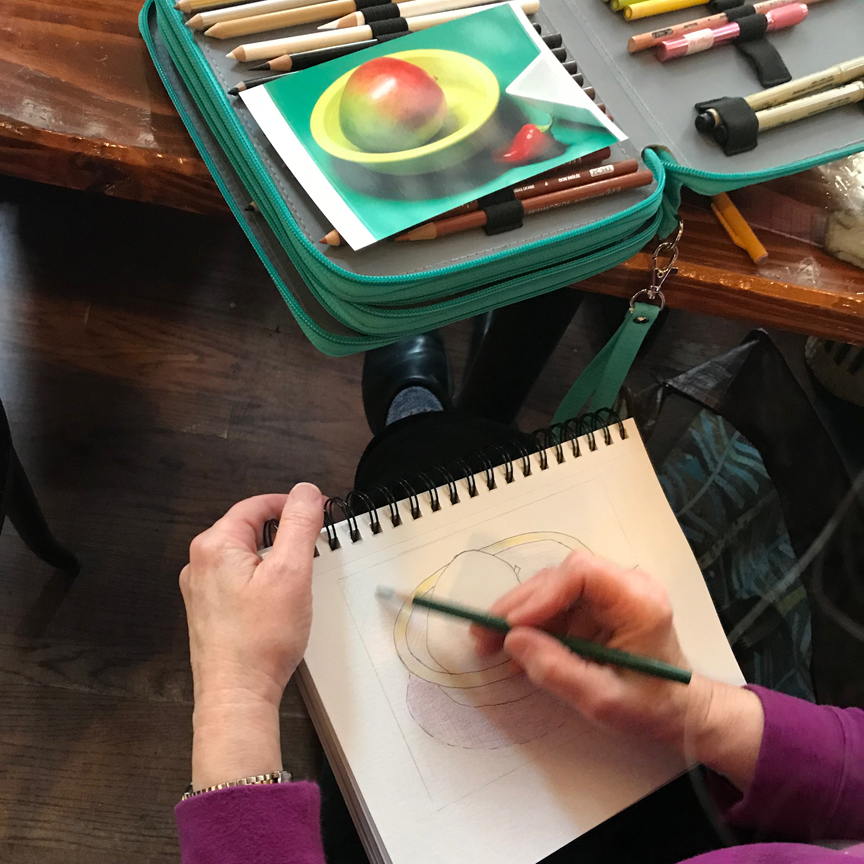 Marsha likes using colored pencil on a paper with some tooth, because it allows her to do a build up of color. Nicely done.

Marnie was intrigued by an industrial photo, doing a line sketch first. 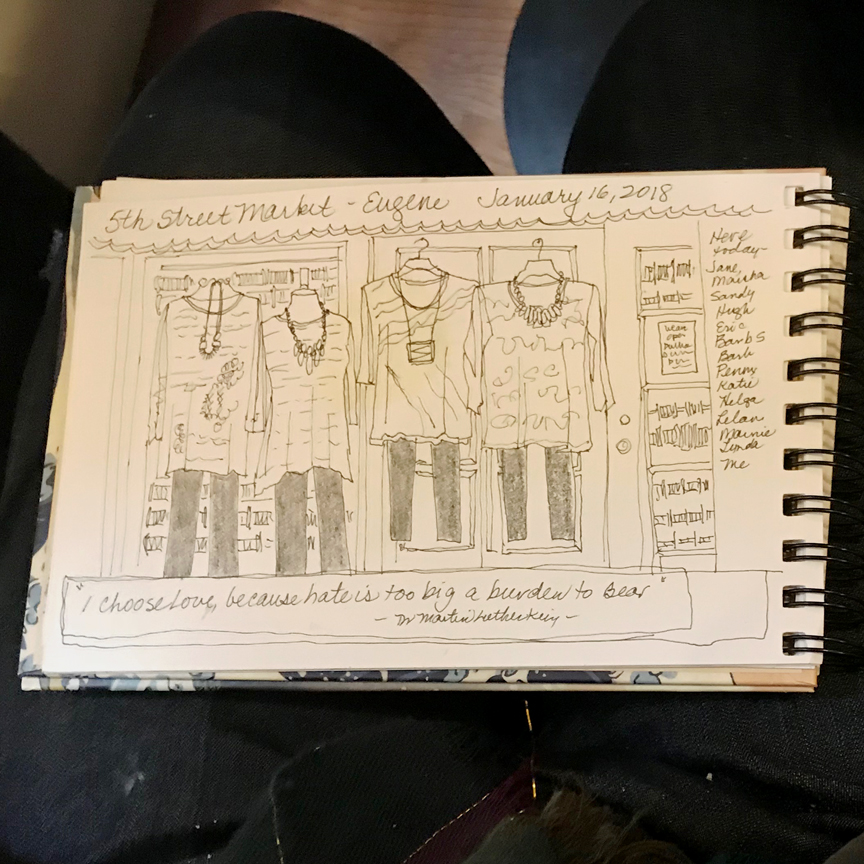 Bev’s eye was caught by the display of colorful clothing, then she went on to work on the view Lealan did above. 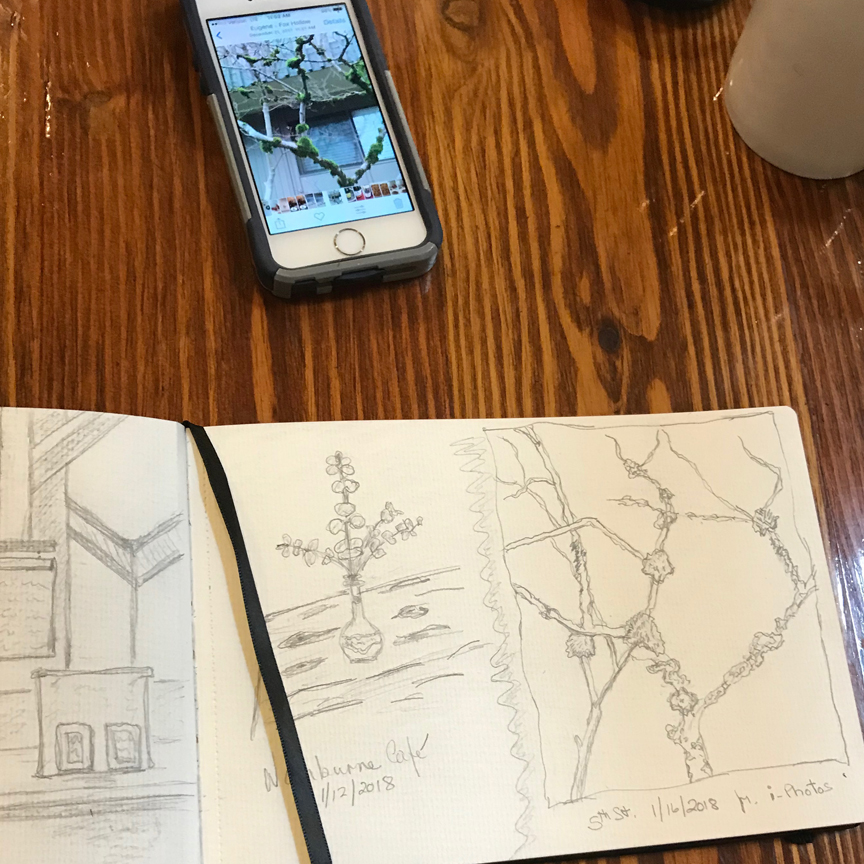 Helga was adding a lichen covered tree to her sketchbook. 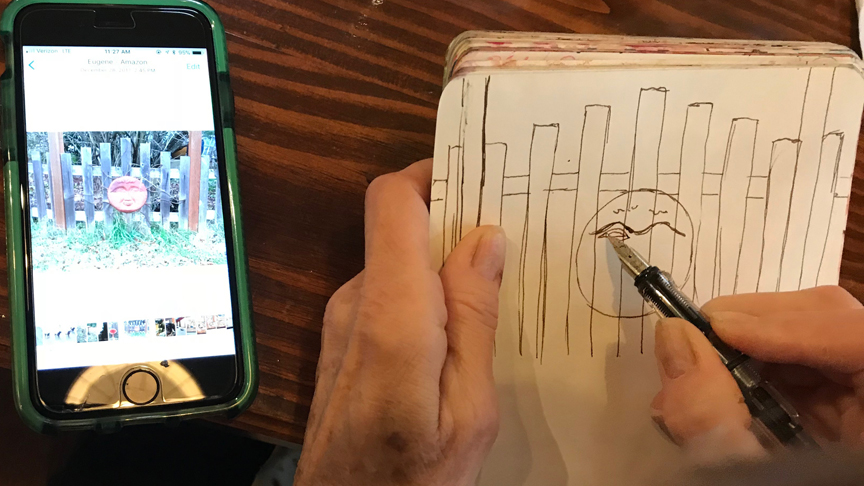 Meanwhile, Barb Sh was sketching  yard art on a fence from a photo.