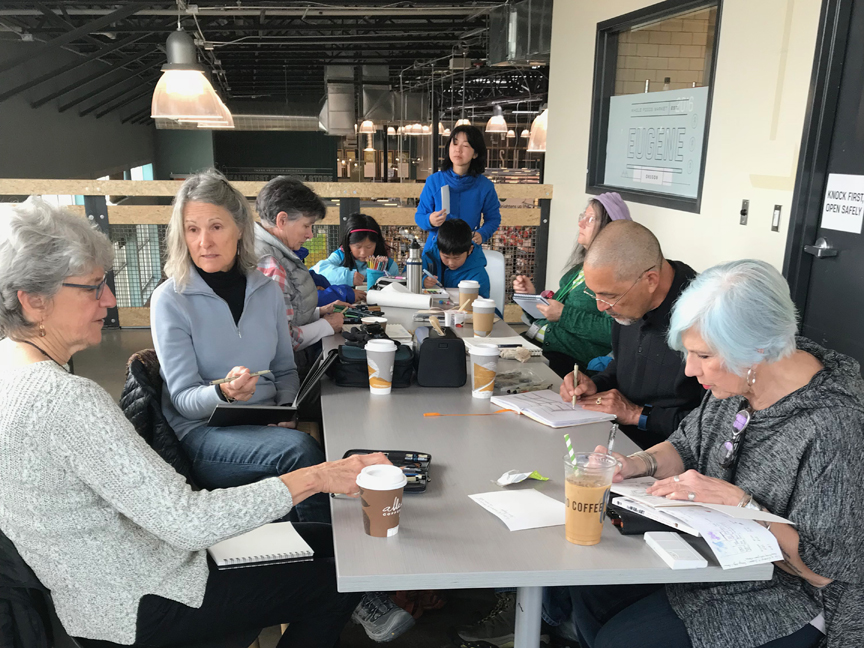 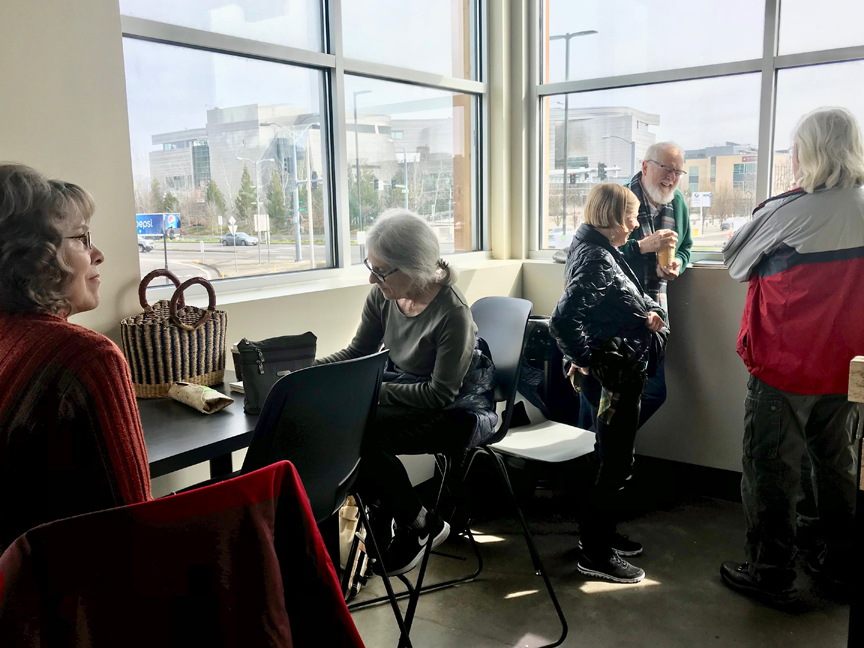 There was lots to see from the Community Room at Whole Foods. 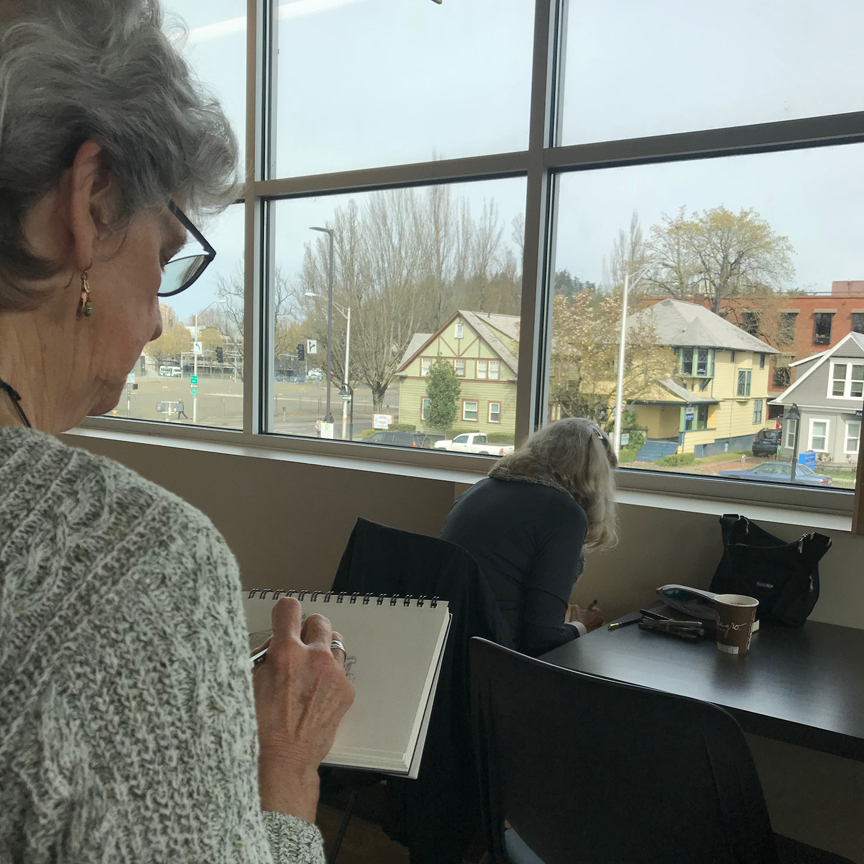 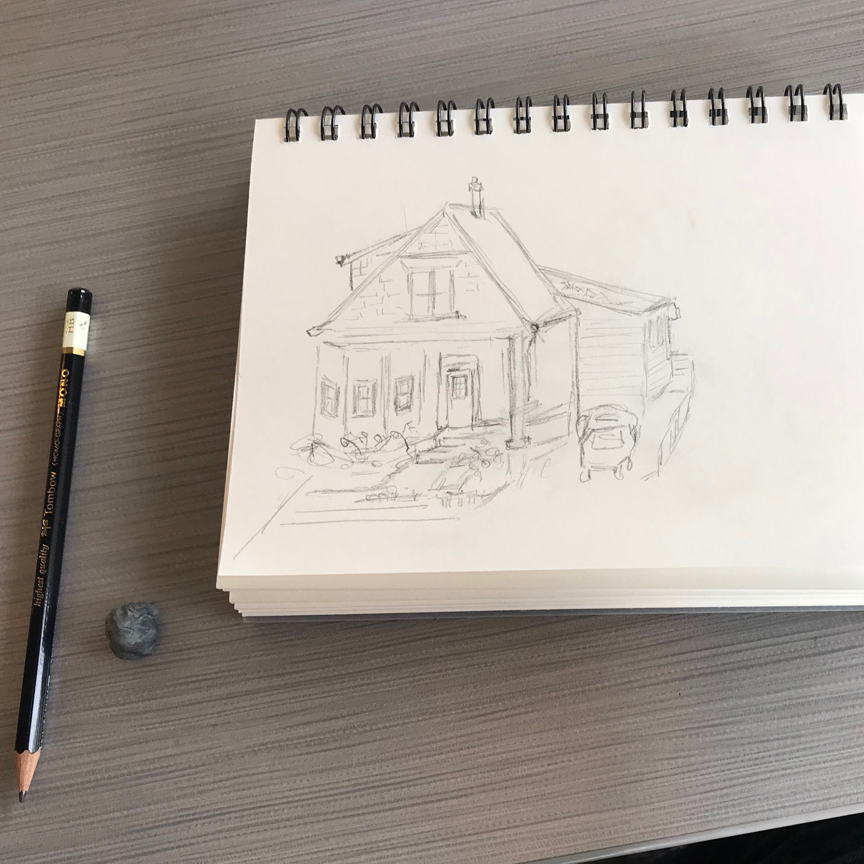 Penny and Joanne were busy drawing the interesting houses across the street. Here’s Penny’s sketch. 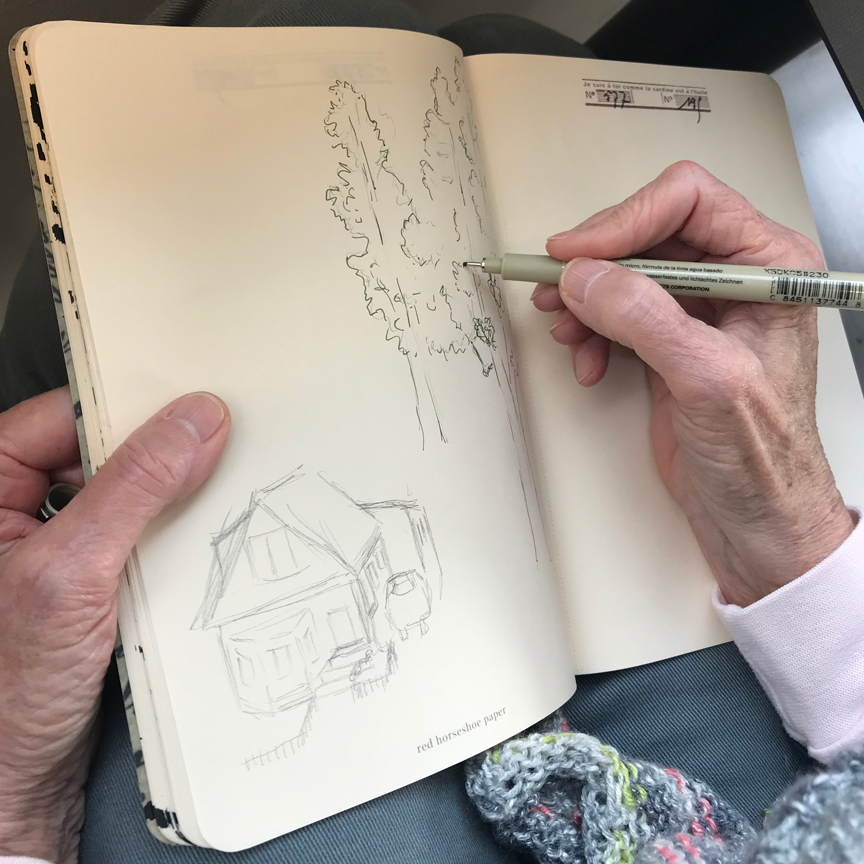 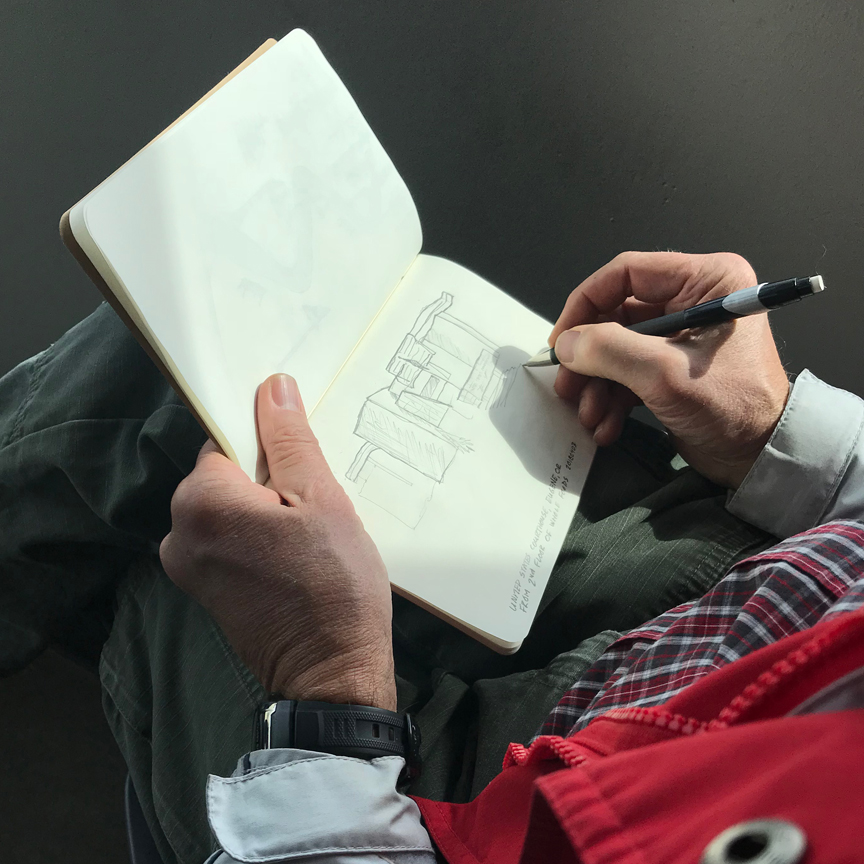 Joanne added the trees to her house sketch, and Doug took on the incredible challenge of the curving lines in the US Courthouse.

Marnie’s attention was captured by the traffic below – and doesn’t color always make a difference! 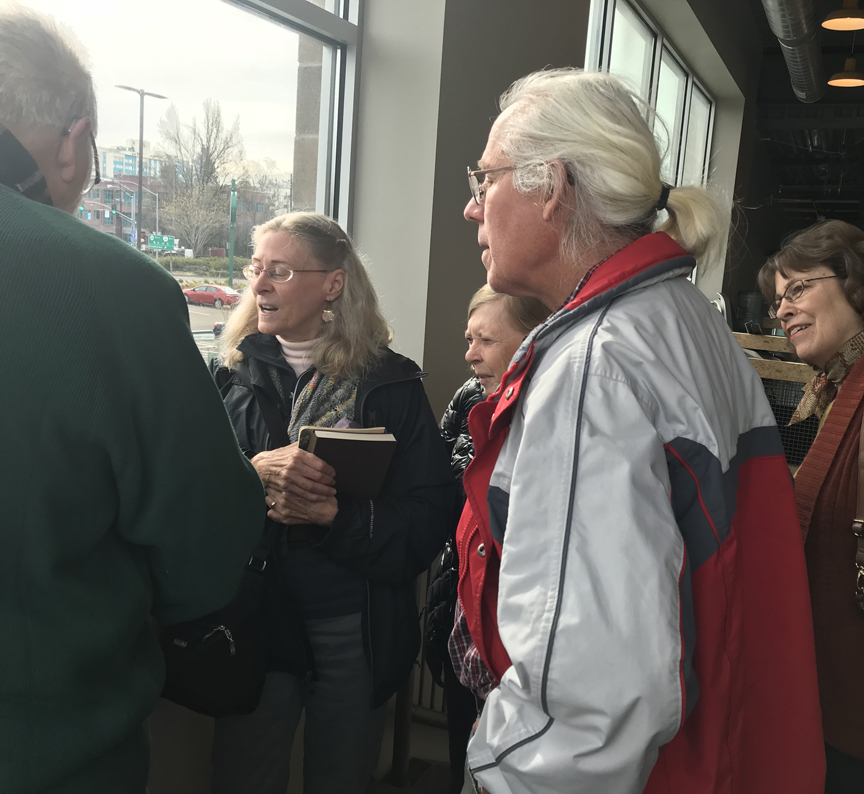 What’s Ken up to, inquiring minds want to know! 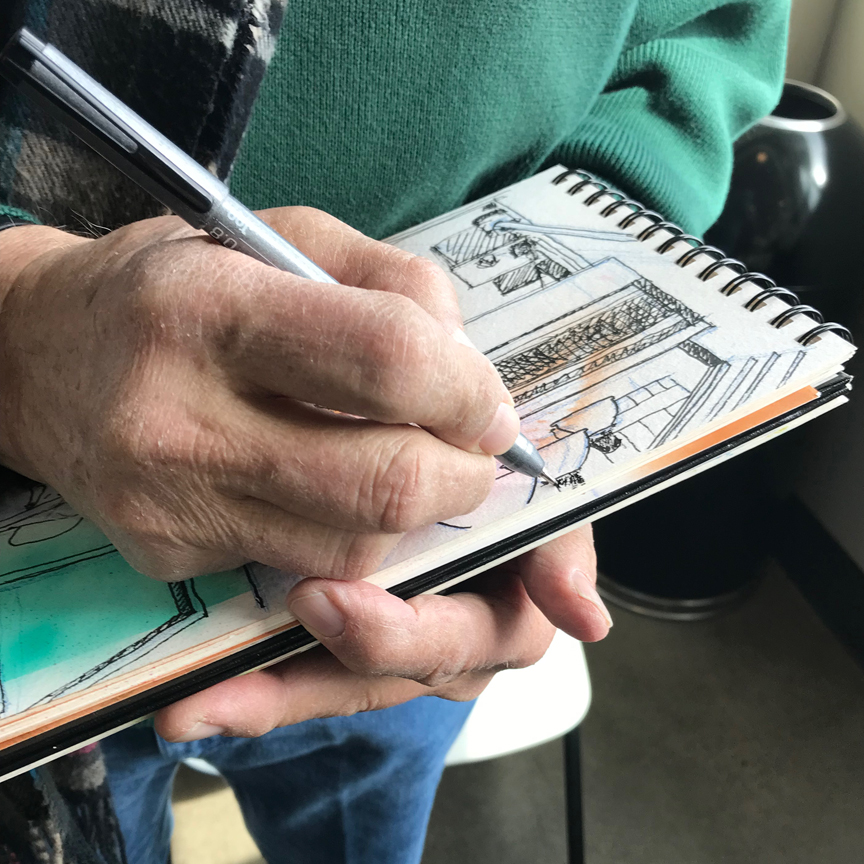 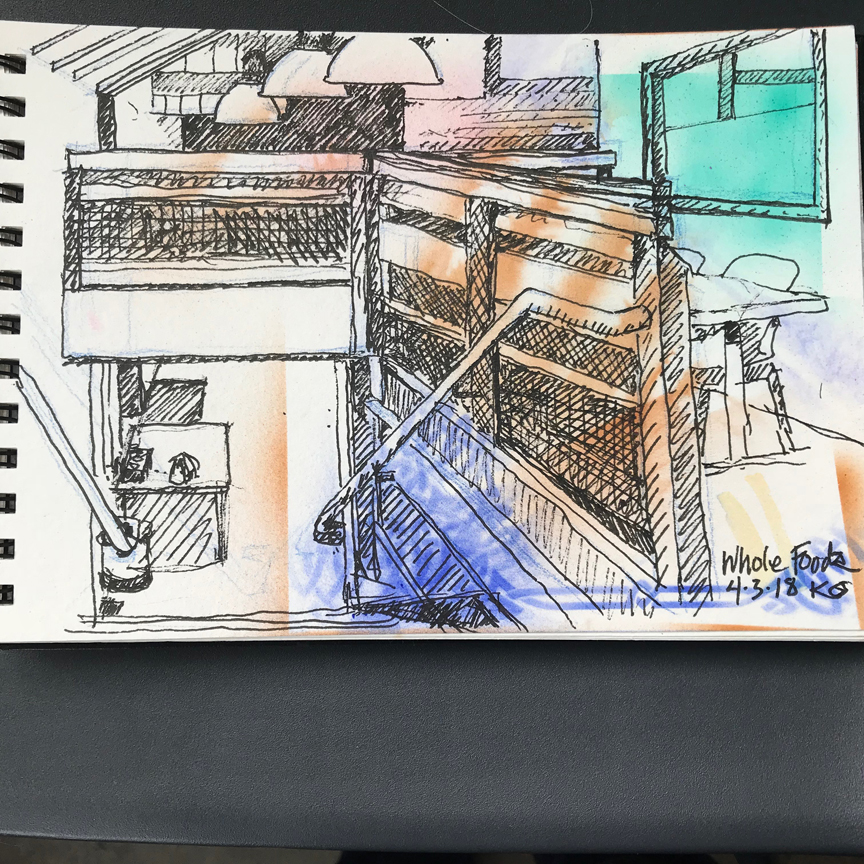 Oh, the view from the top of the stairs! What a clever sketcher! 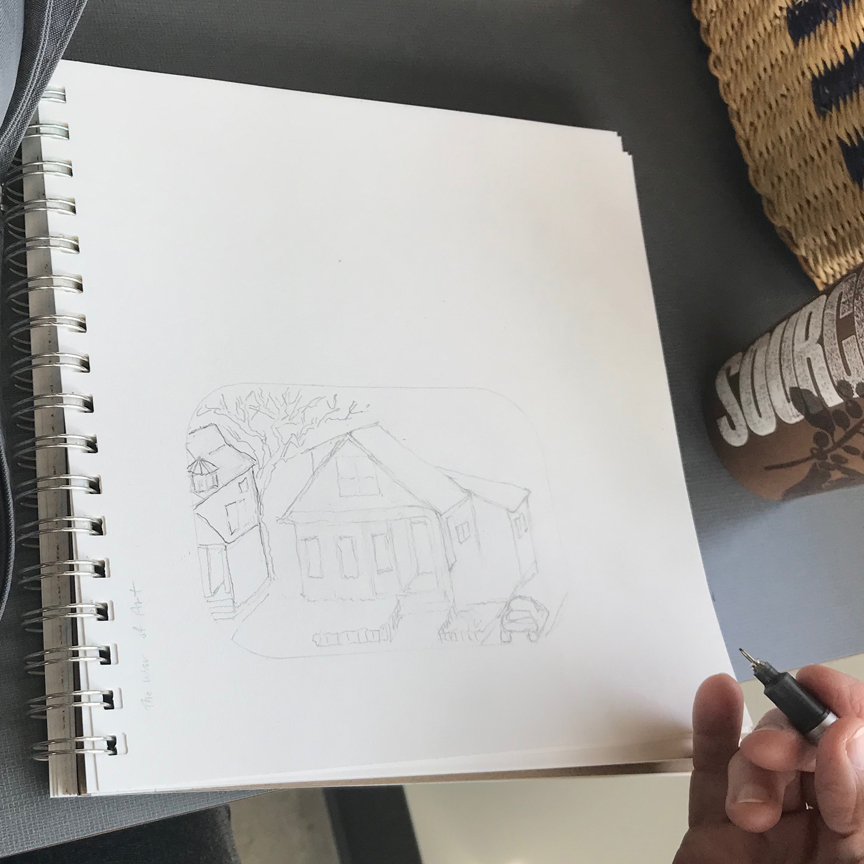 Penny and Barb So talked about traveling to Paris, then exchanged ideas with Sandy. Here’s Barb So’s sketch of the house next door. 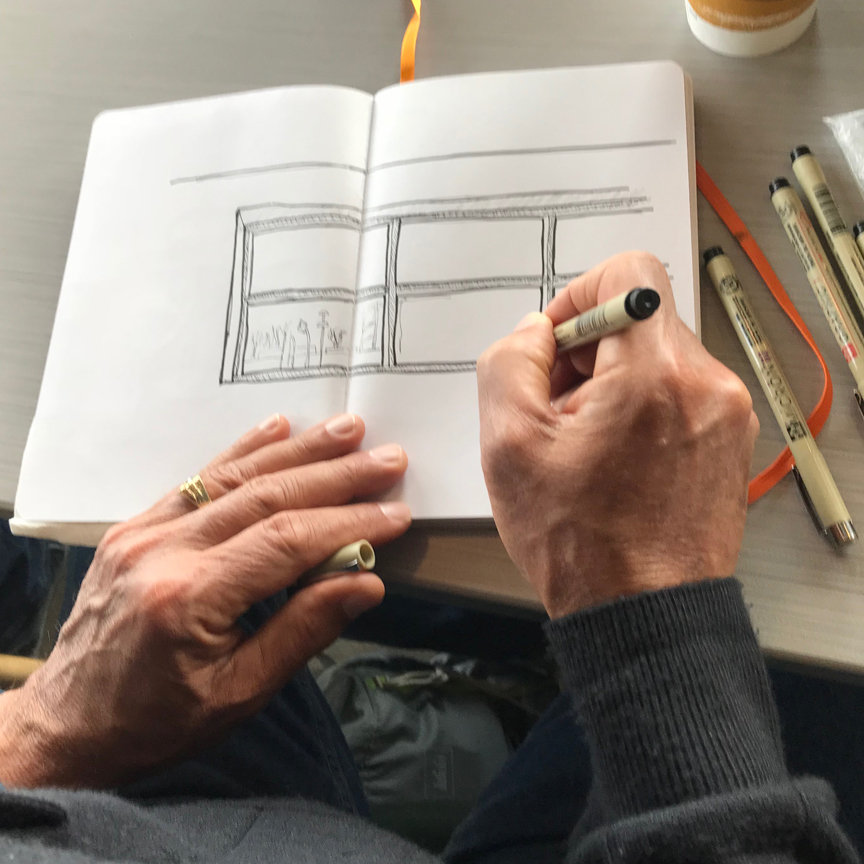 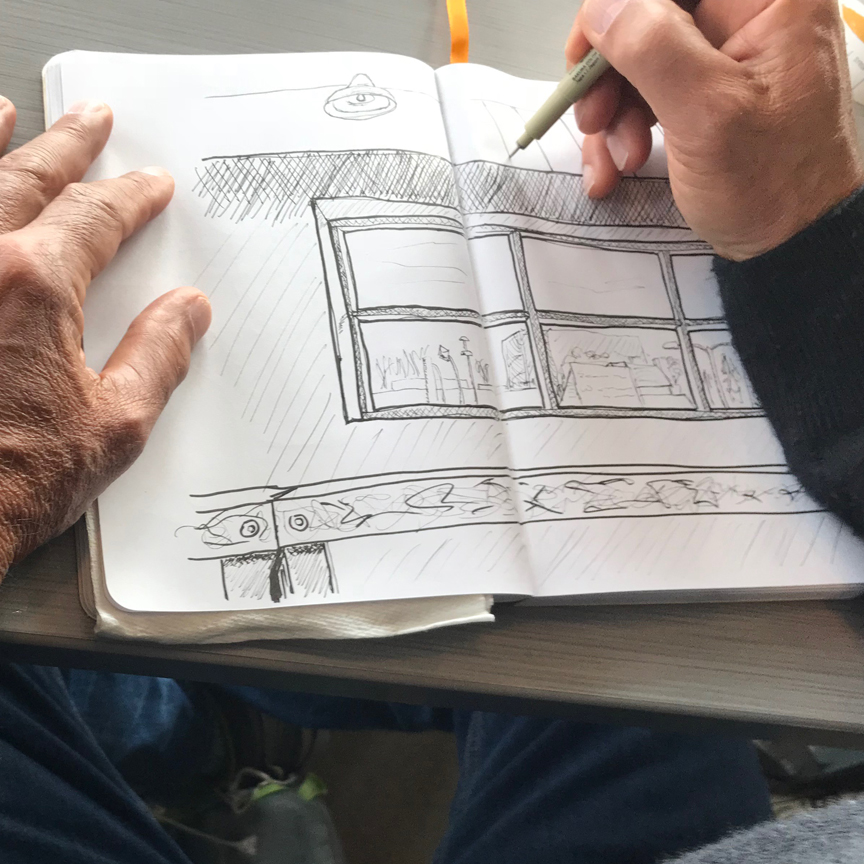 Hugh used the window as a frame for his sketch, indoors & out. 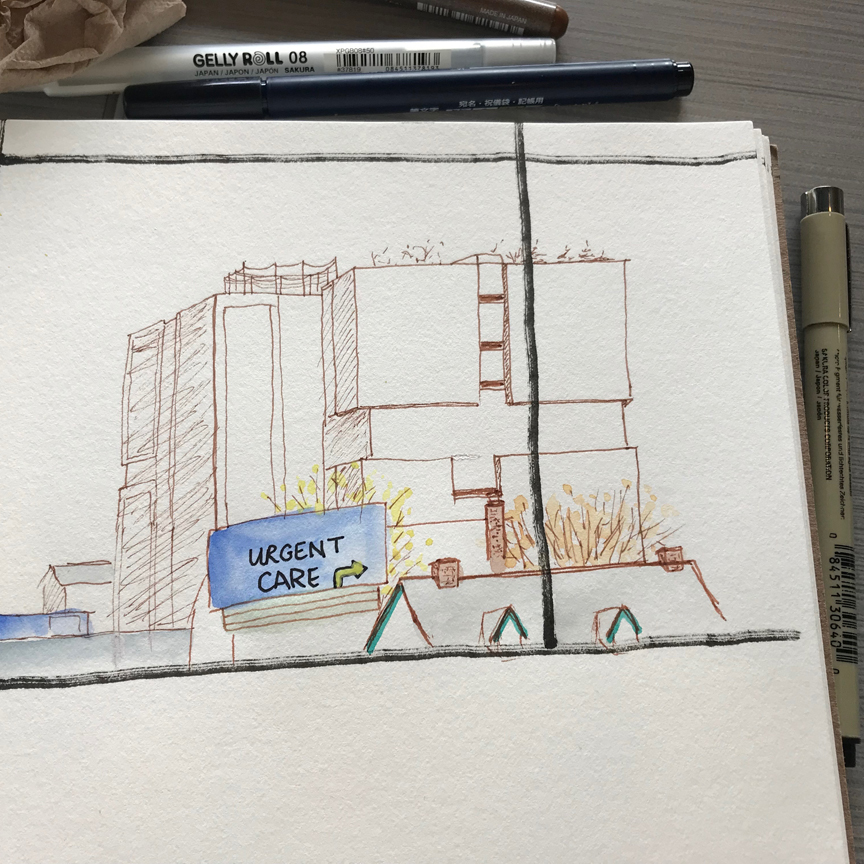 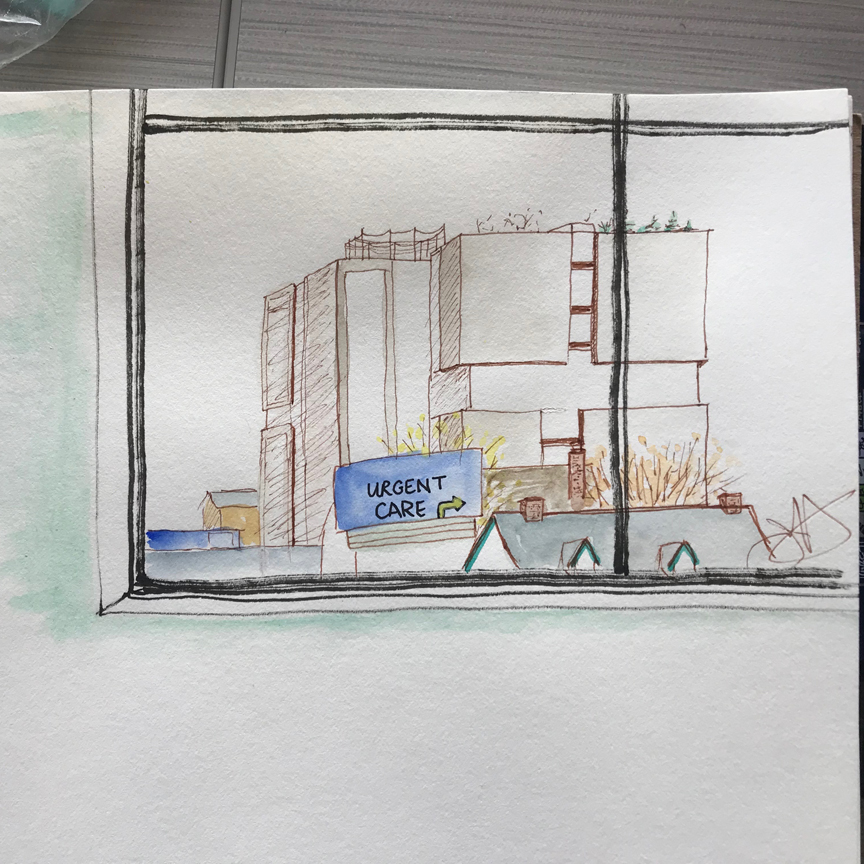 Jane first focused on the building across the way (which was WAY too complicated), then on the message of the billboard. Good idea. 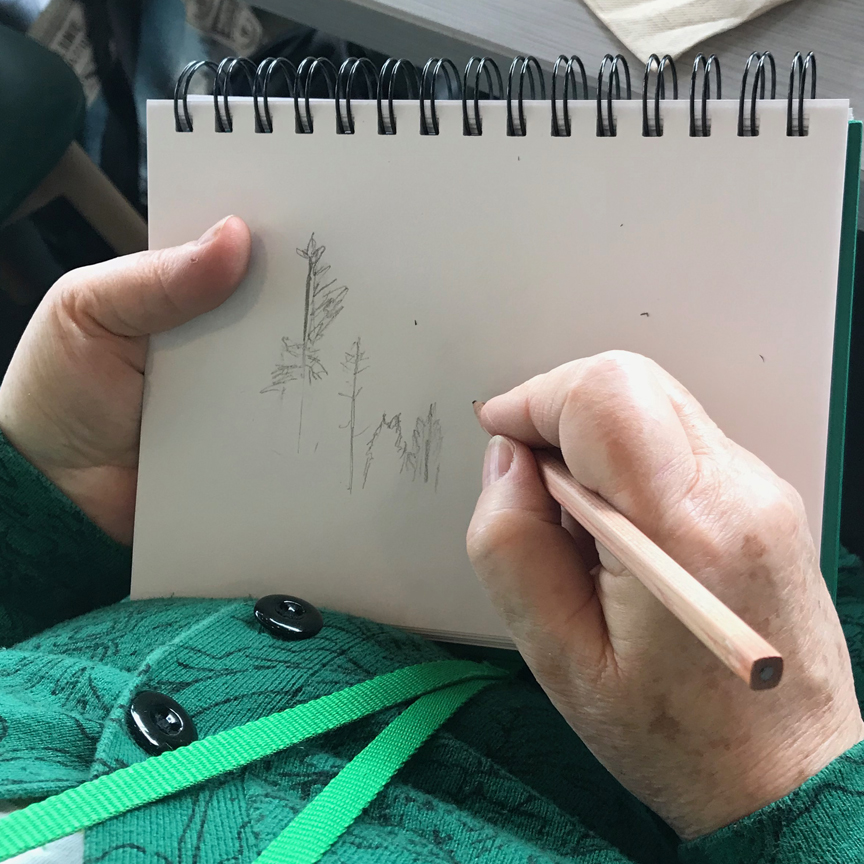 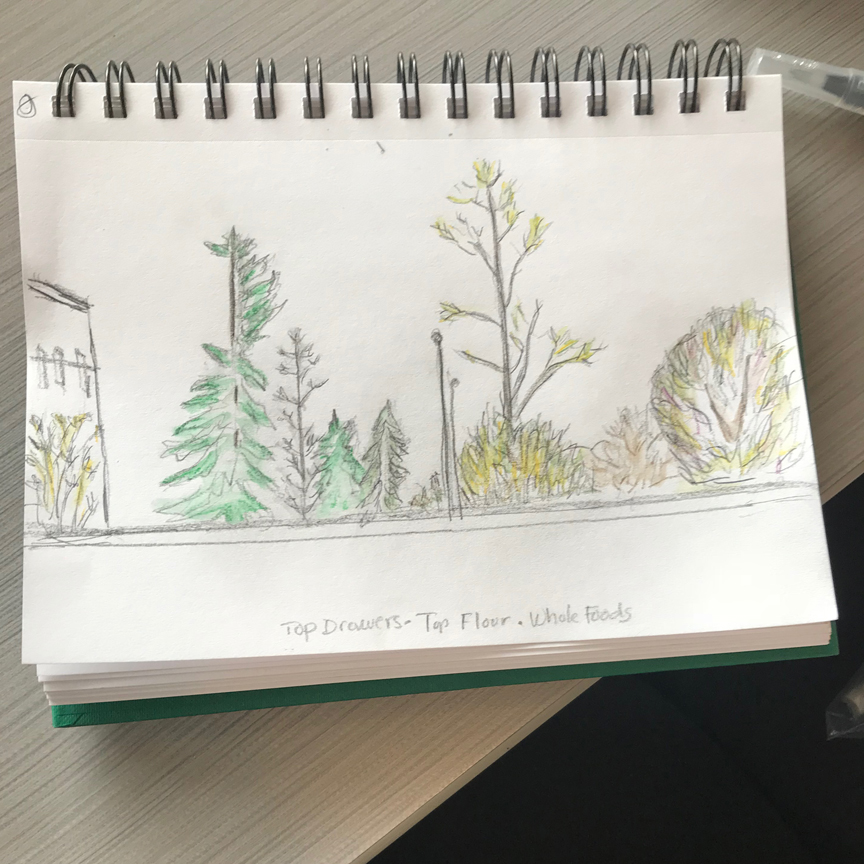 Laura, looking out the same window as Hugh & Jane, drew trees instead of getting caught up with the complicated building. Nice! 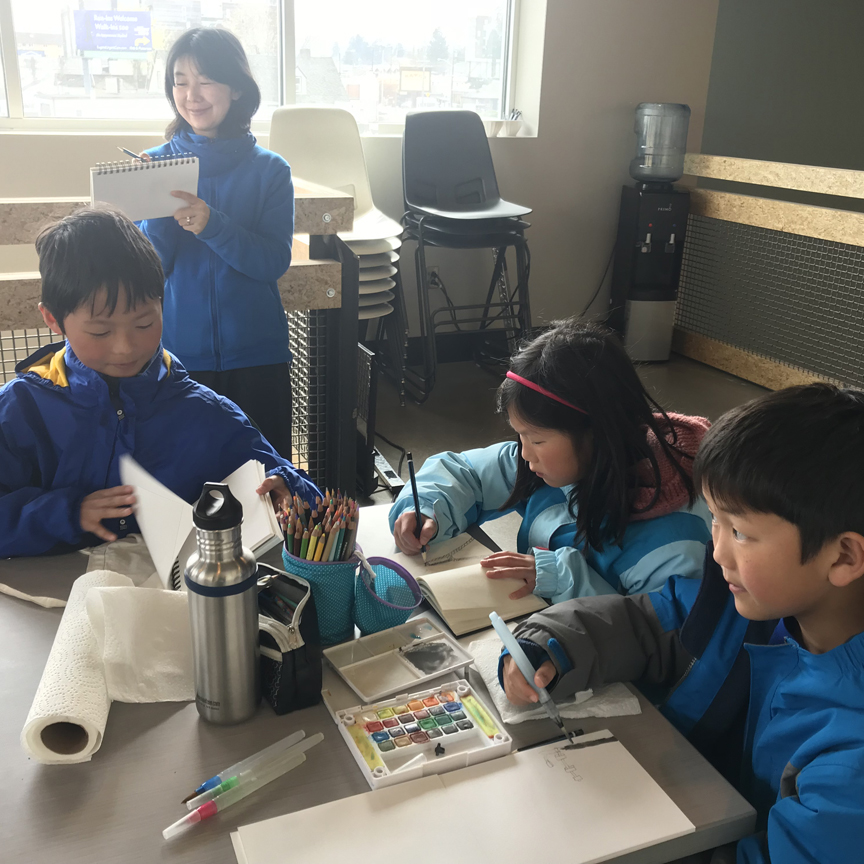 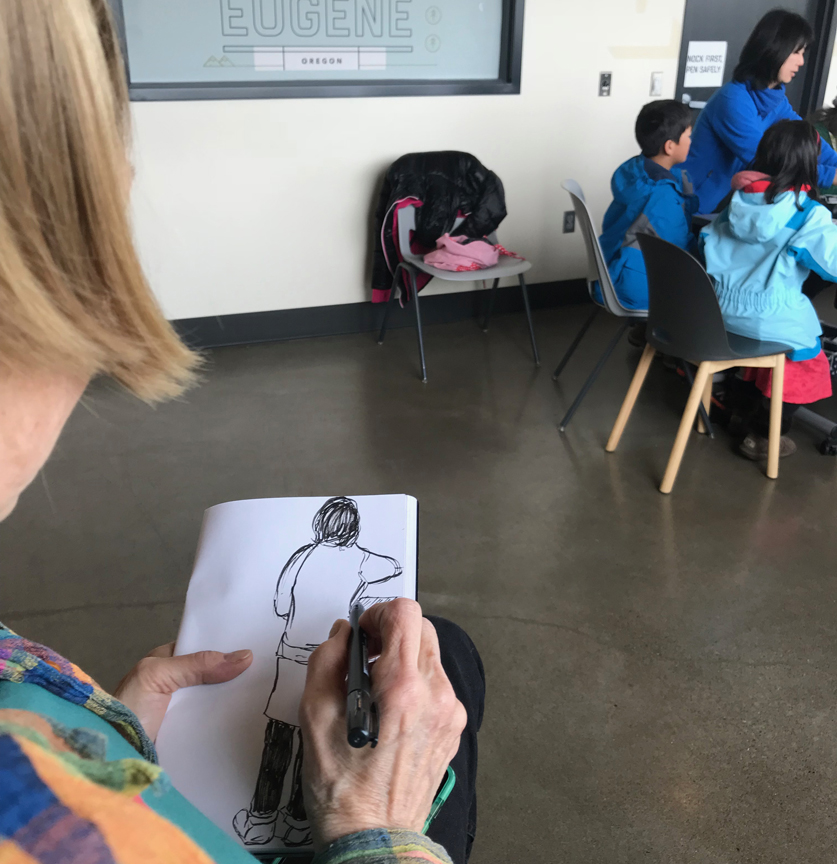 Tomomi was back with her children for art exploration (& modeling). 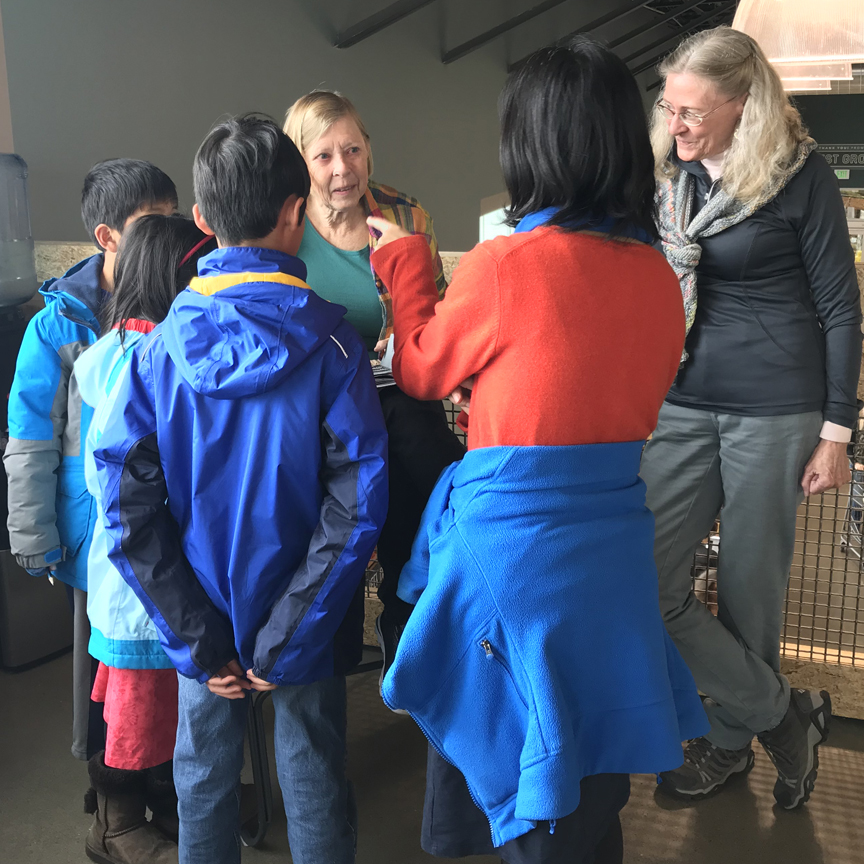 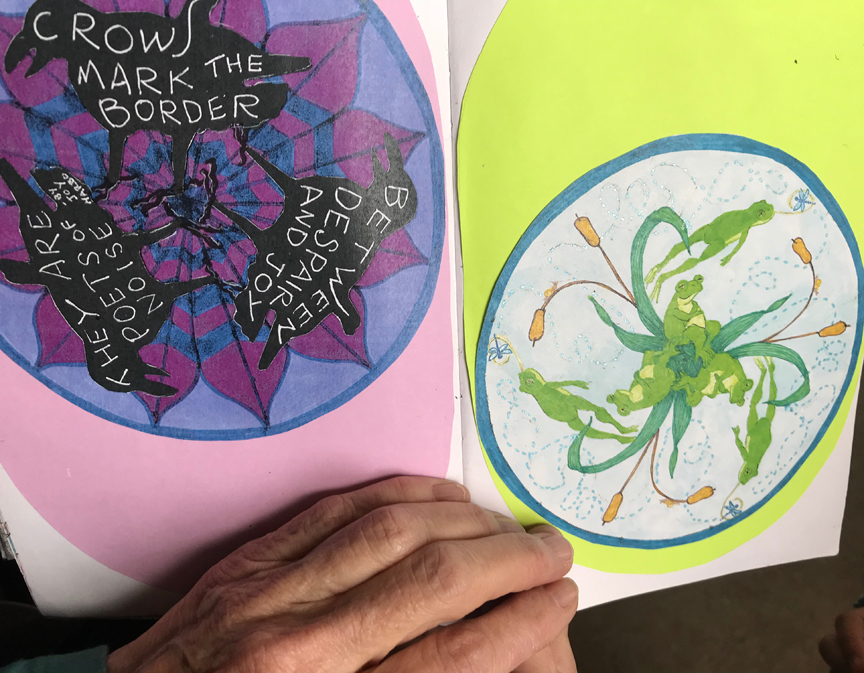 The payoff they got for modeling for Barb Sh was a look at the mandalas she was making with crows and frogs. What Fun! 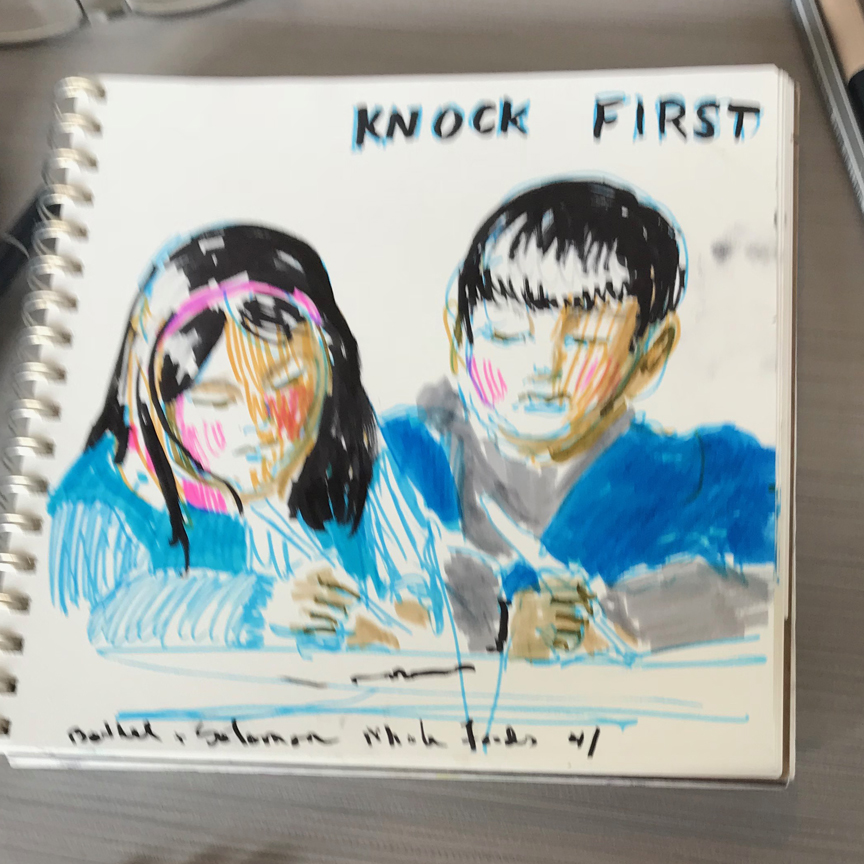 Lealan demonstrated her technique of sketching in light blue first, then adding colored markers for a lively portrait sketch.