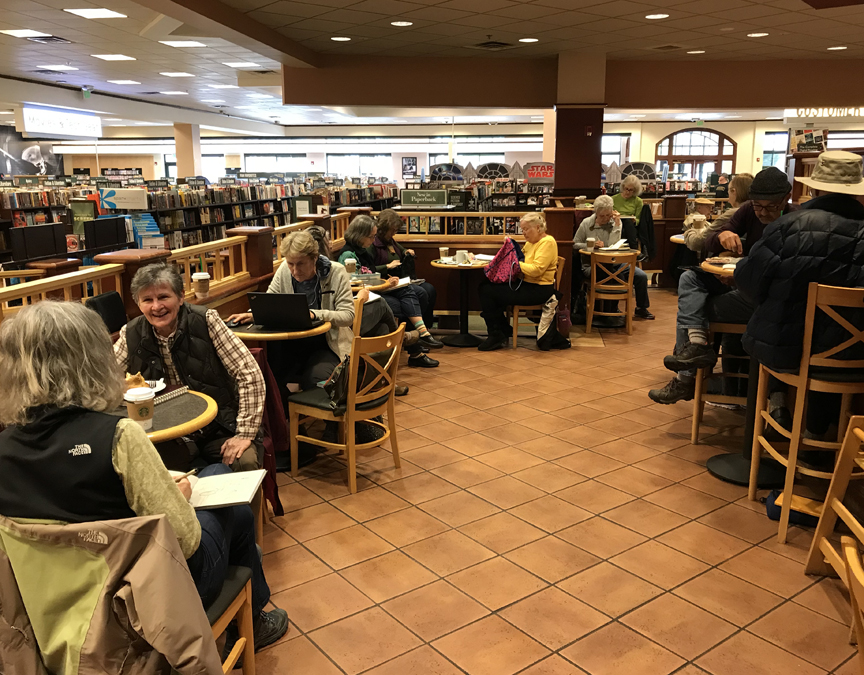 Most of us took a seat in the cafe at the bookstore and drew what we saw around us. And in alphabetical order (seems fitting)…

Barbara Sh caught us up with her completed page started last week, then on to  some of the crowd here, licking her brush to do shading! 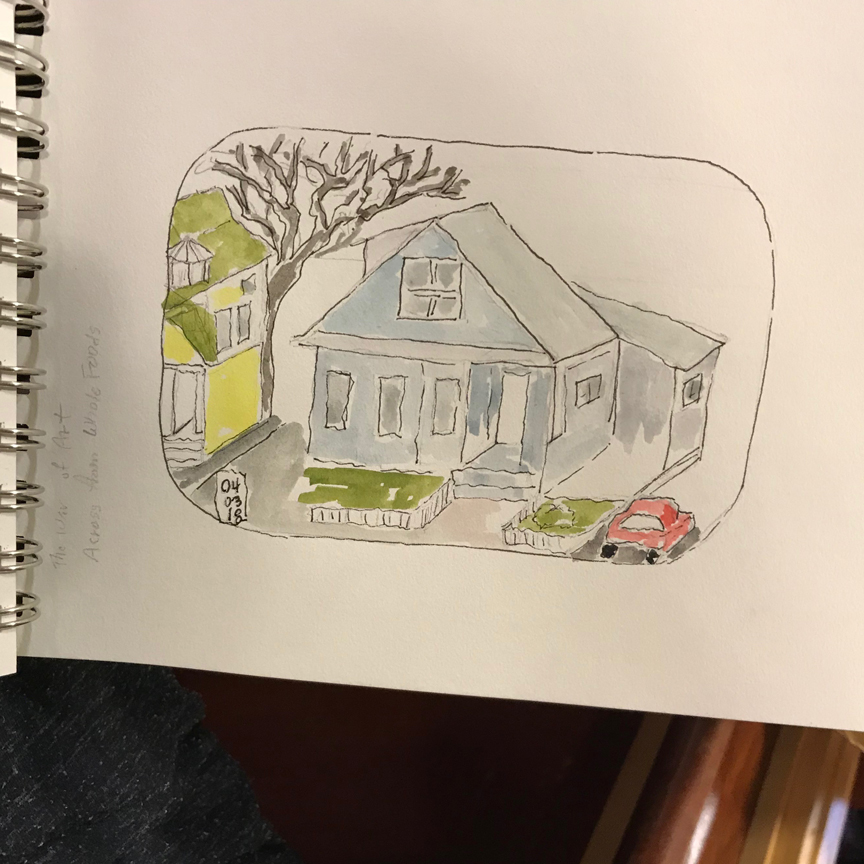 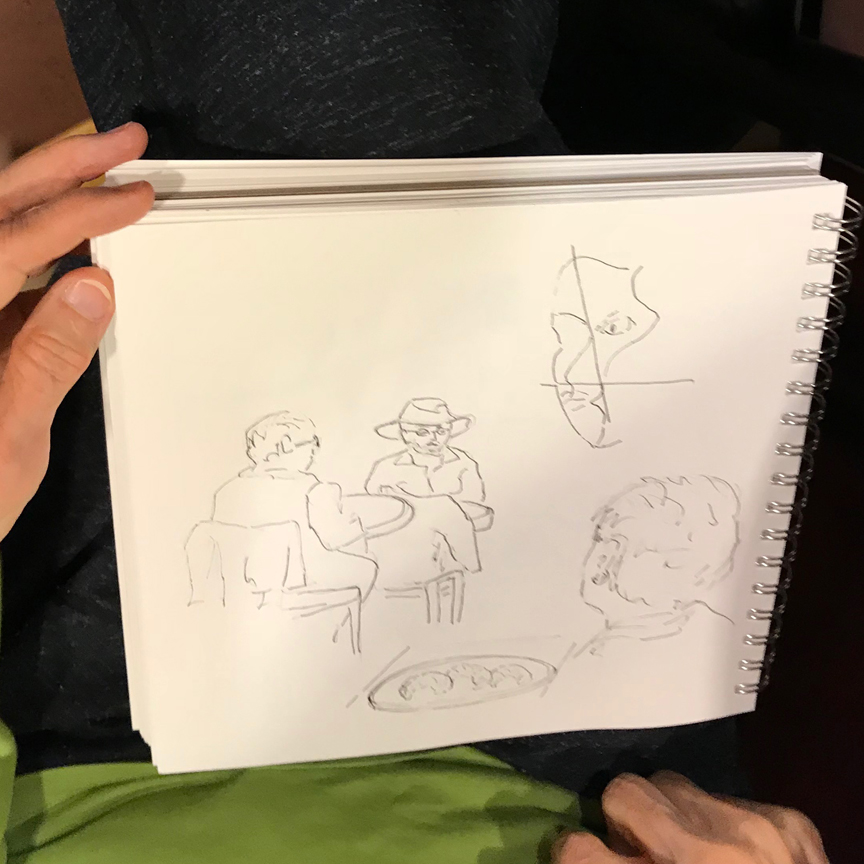 Barb So showed us her completed page from last week, too (so charming!), and did some people sketches of those near her. 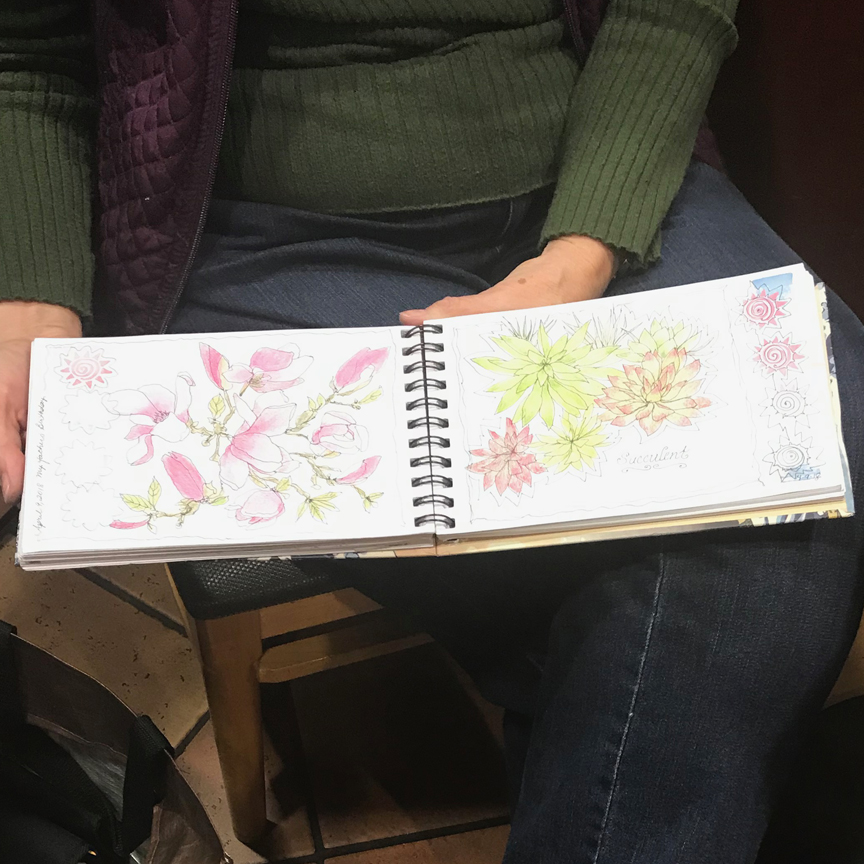 Bev bemoaned starting a sketch upside down in her book, but used it to her advantage (click the middle), then on to a lovely flower sketch. 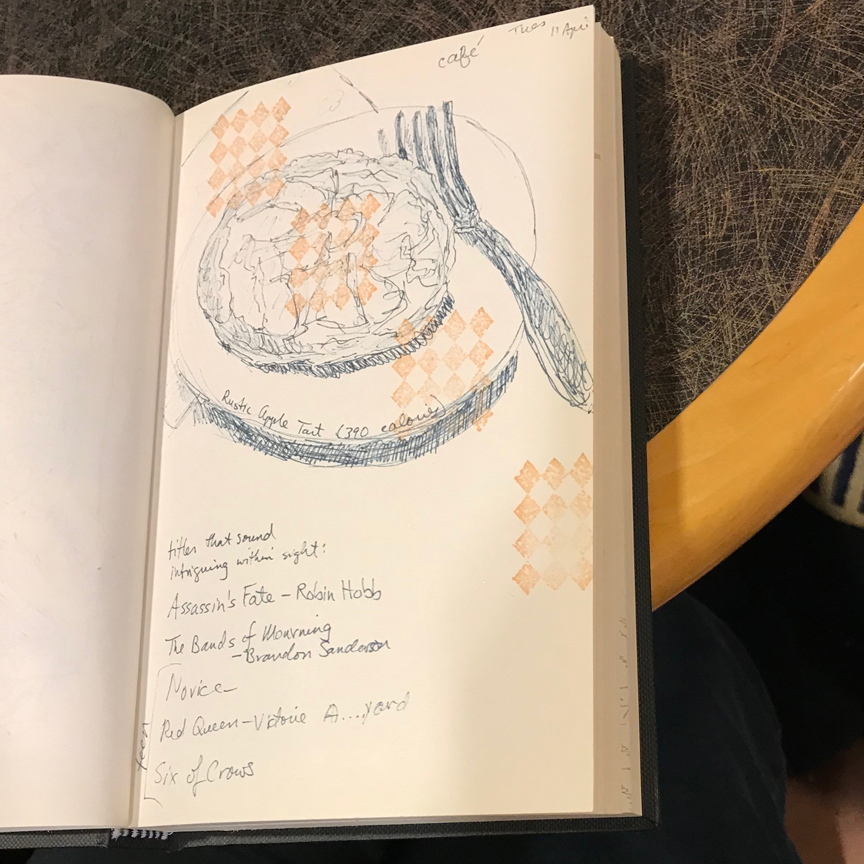 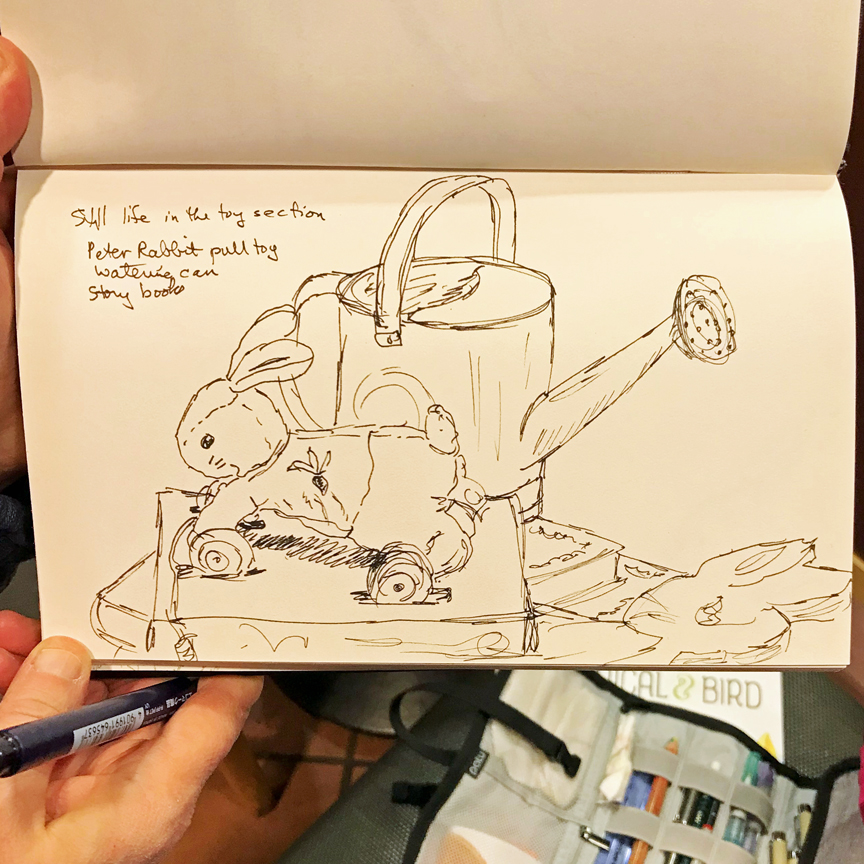 Daisy sketched her Danish, then went over to the children’s section to arrange a still life to draw. (Ken said, that’s what I’m doing next!) 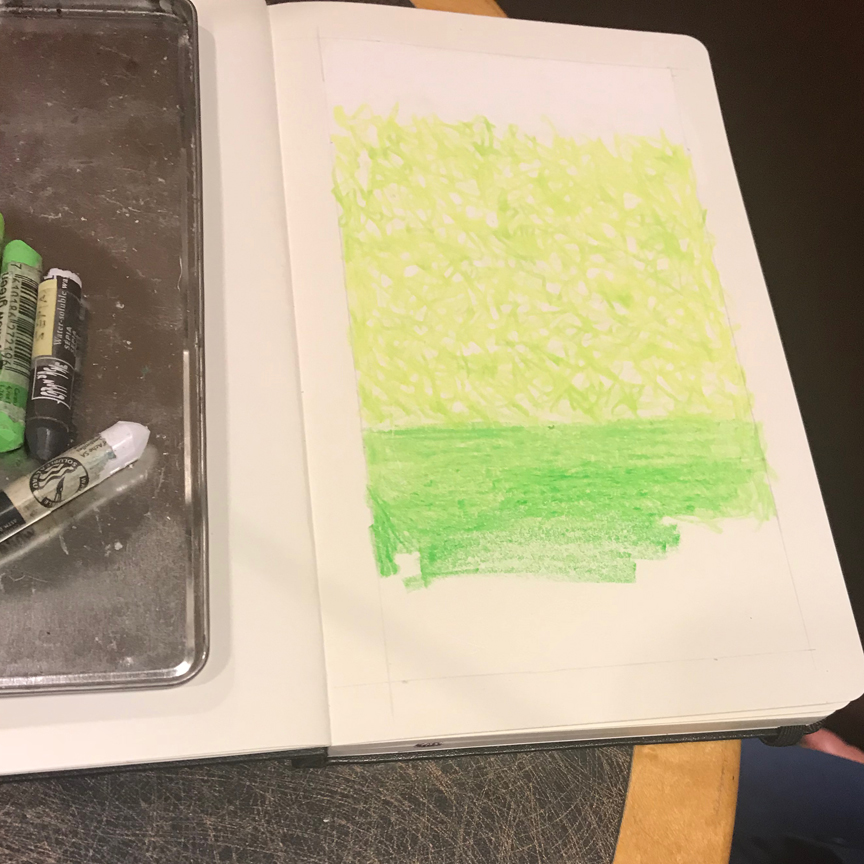 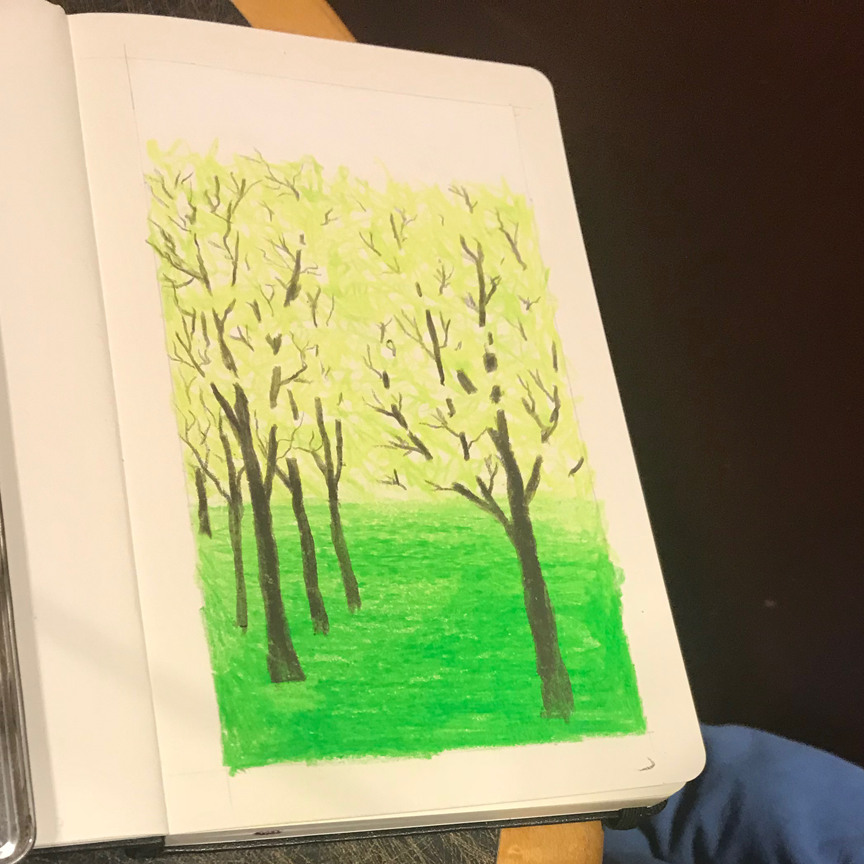 Erik said he was drawing out of his mind. (No editorial comment.) 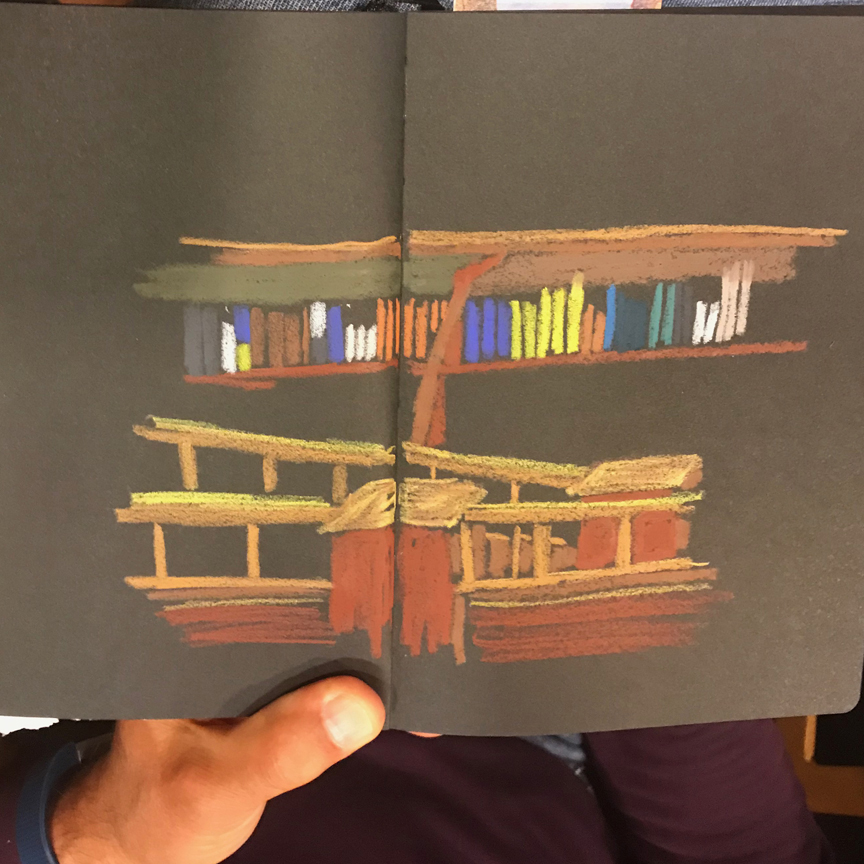 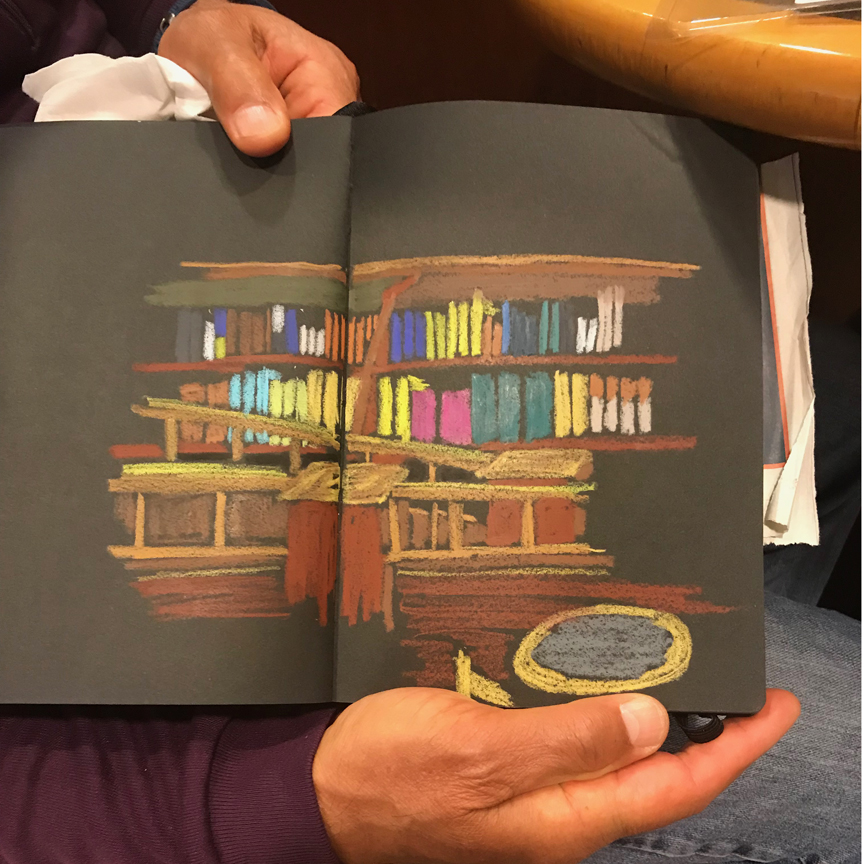 Hugh really used the neo-color crayons to great effect on the black paper – those books just jump off the shelves! 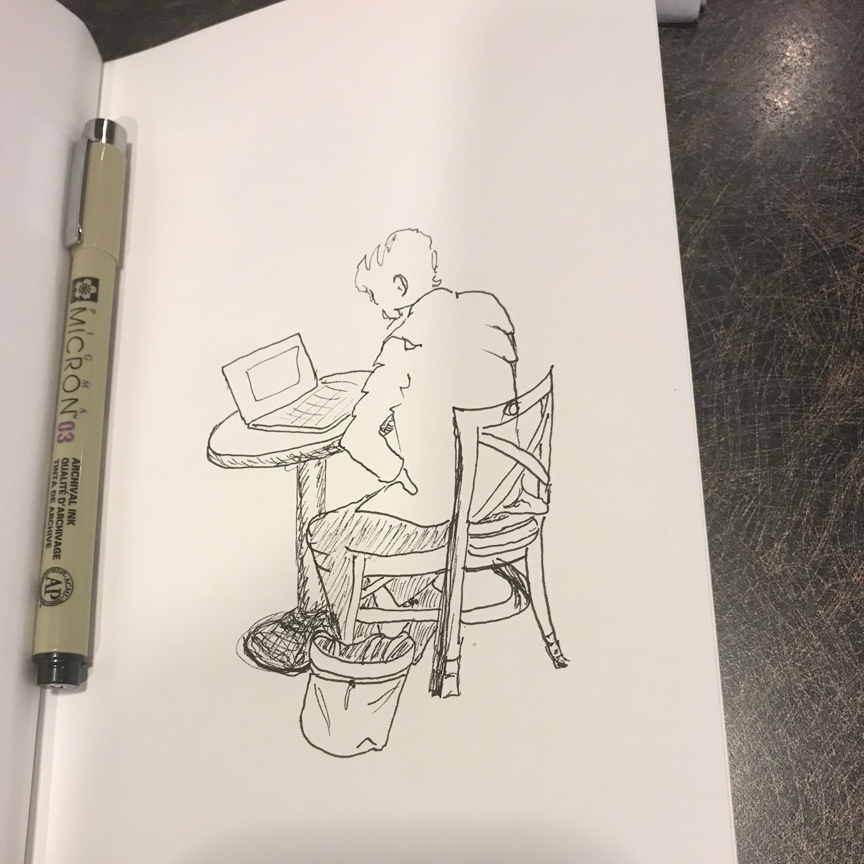 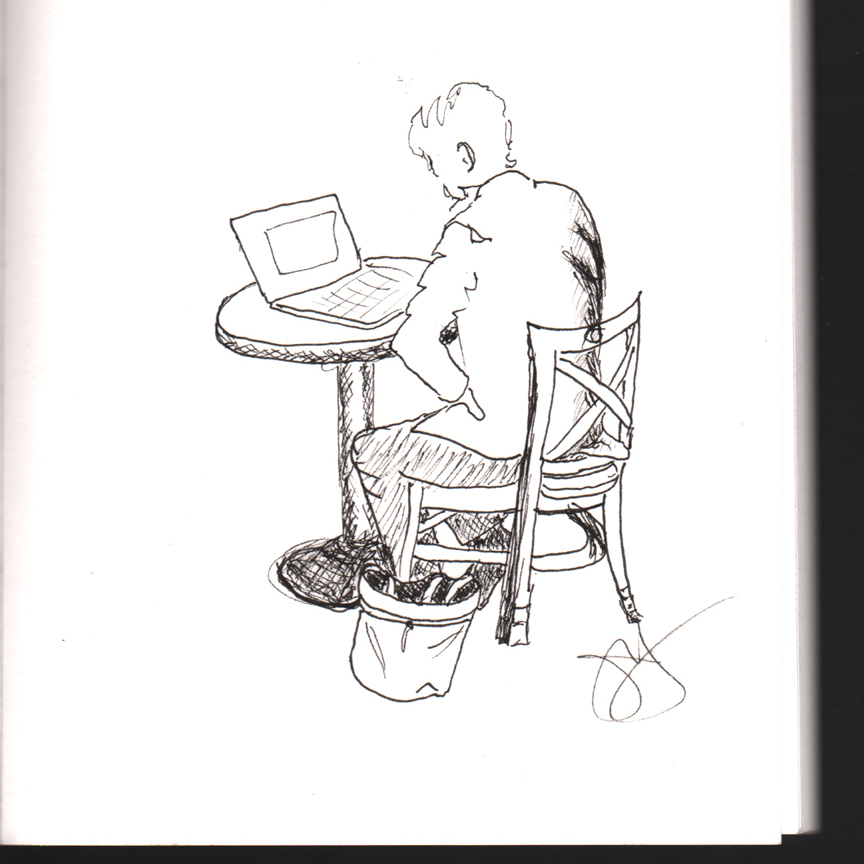 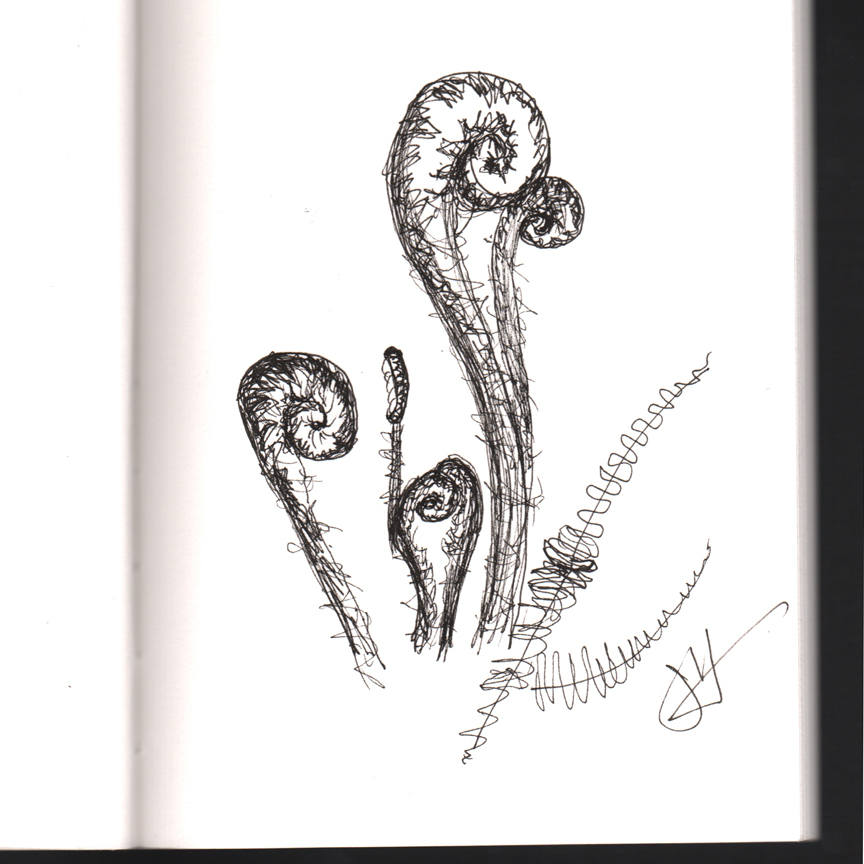 Jane started sketching the woman across from her who was totally absorbed in her work, then ended with a sketch of fern fronds. 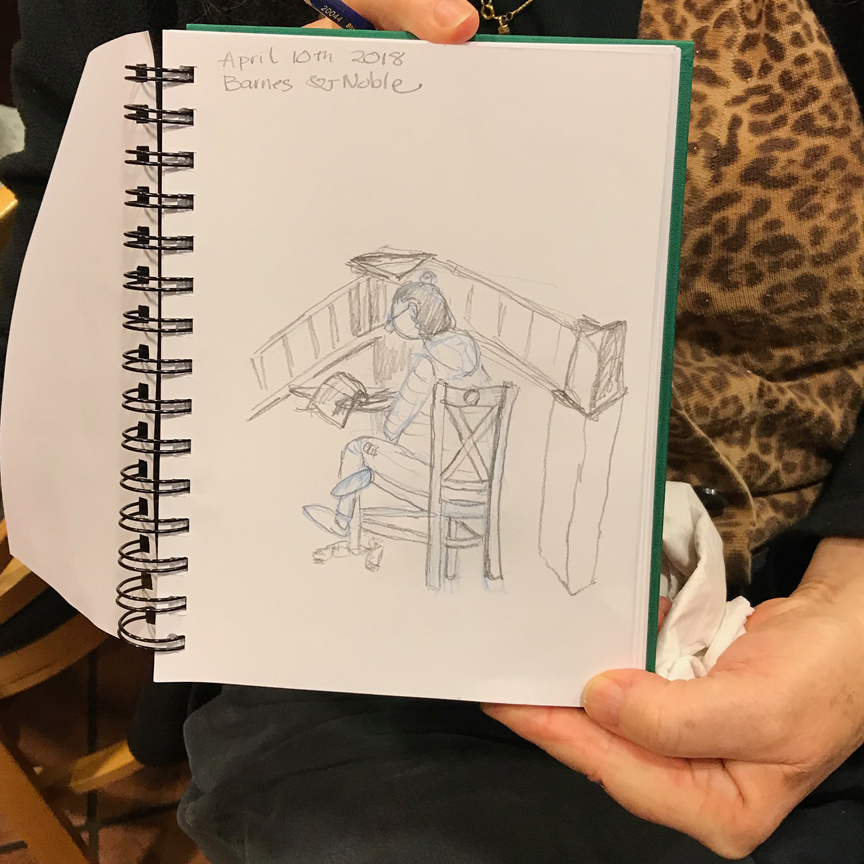 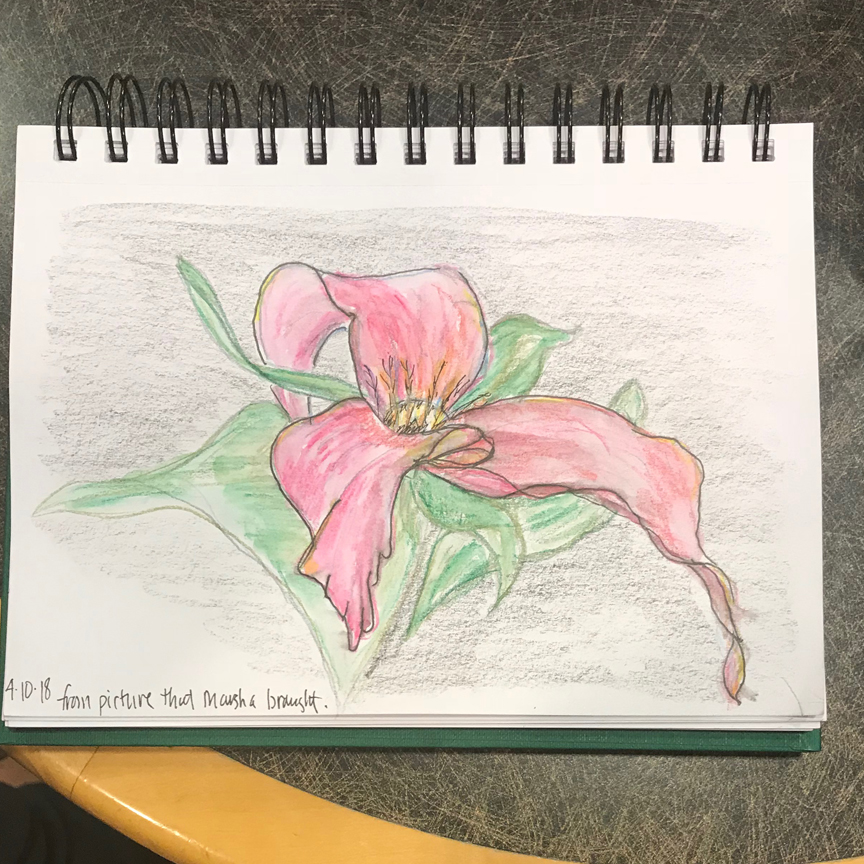 Laura started with a person sketch, too, then borrowed a photo from Marsha of a trillium – nicely rendered! 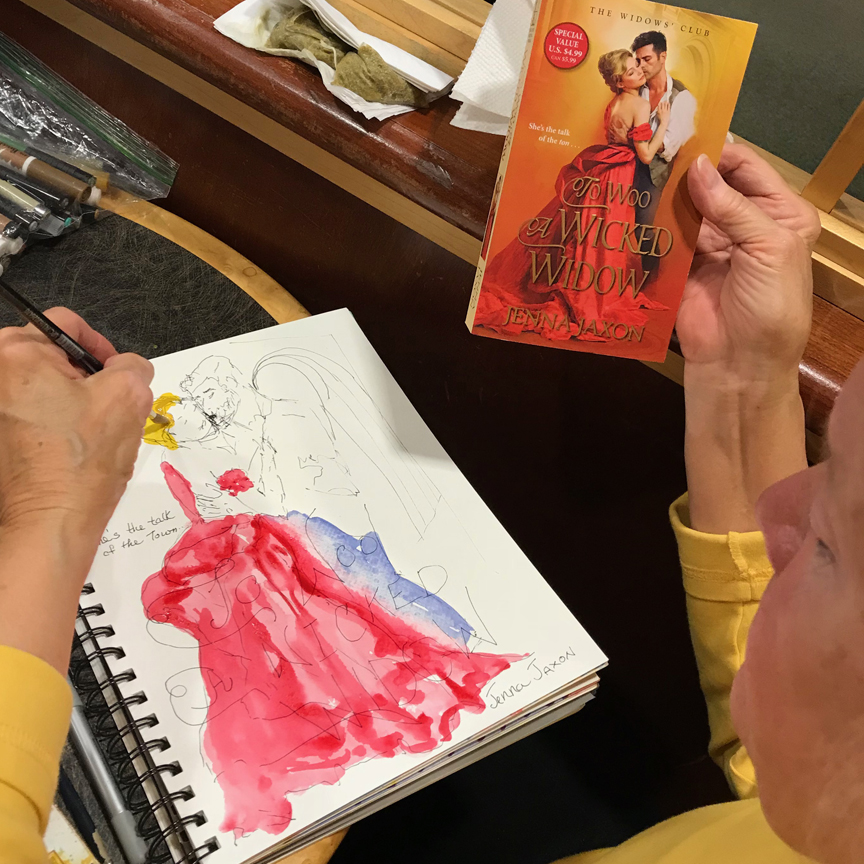 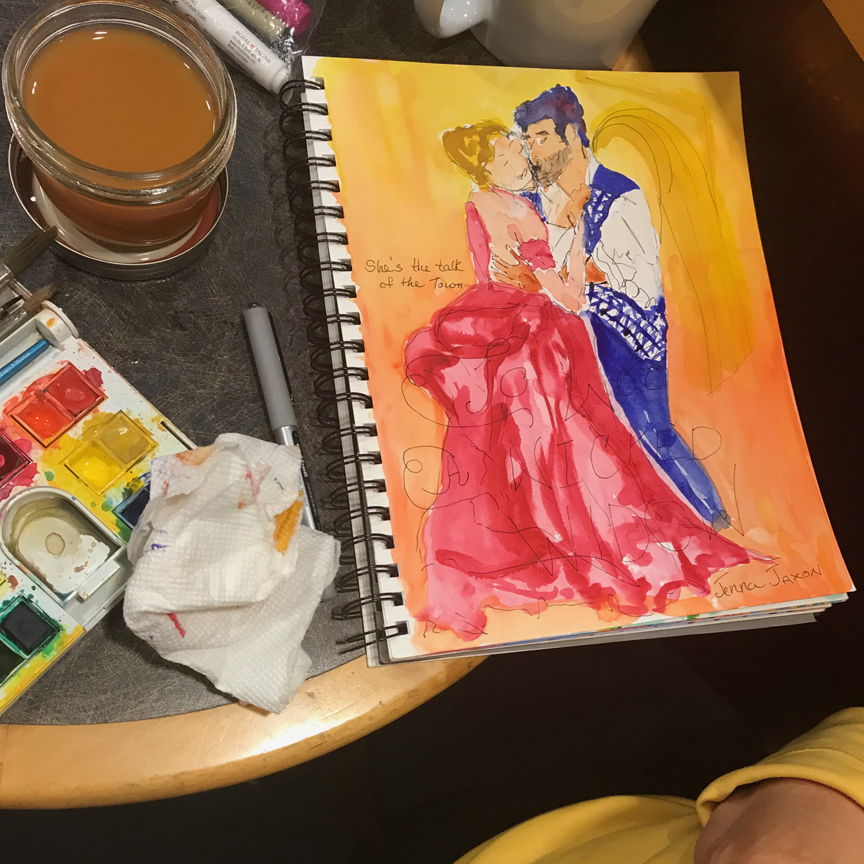 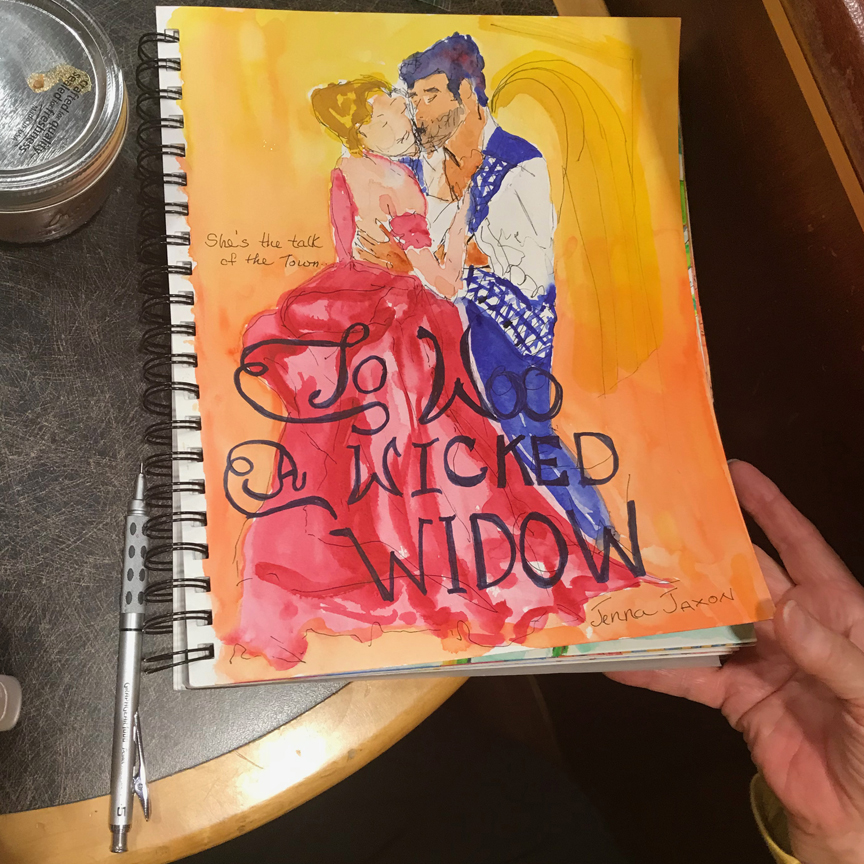 Lona outdid us all – she chose the colorful cover of a romance book and did a splashy rendition all in suitable fervor! 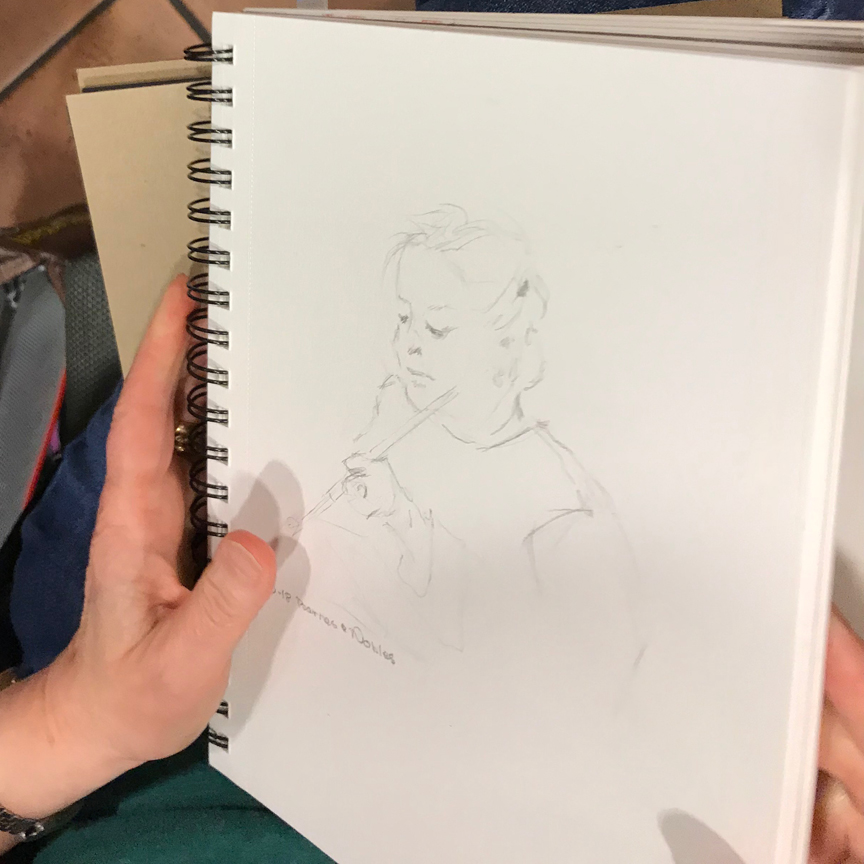 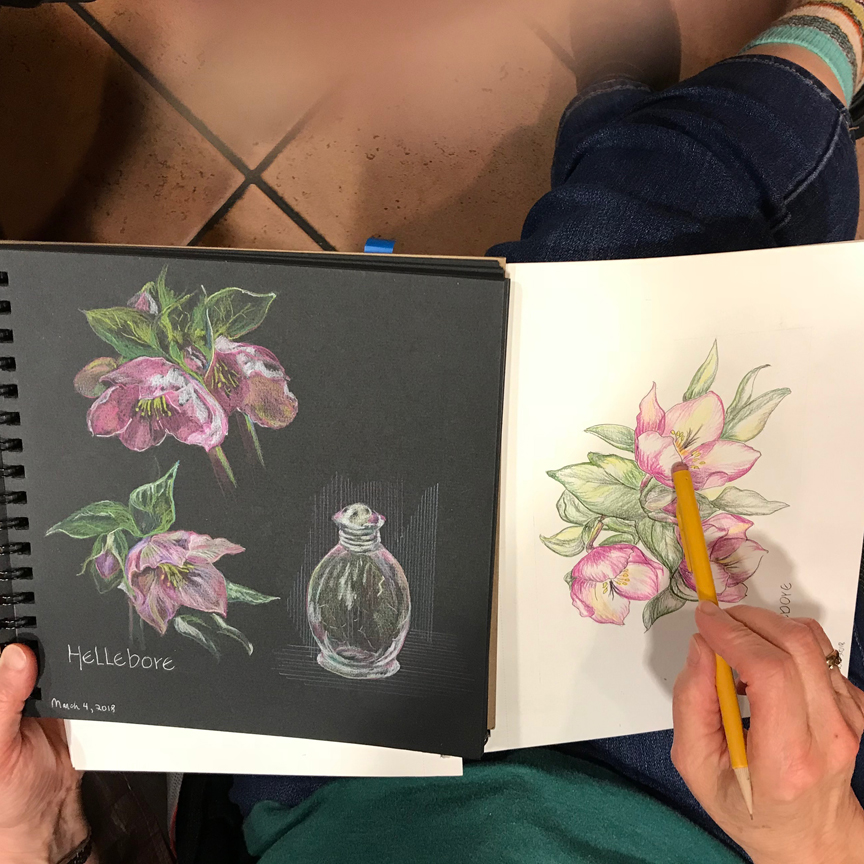 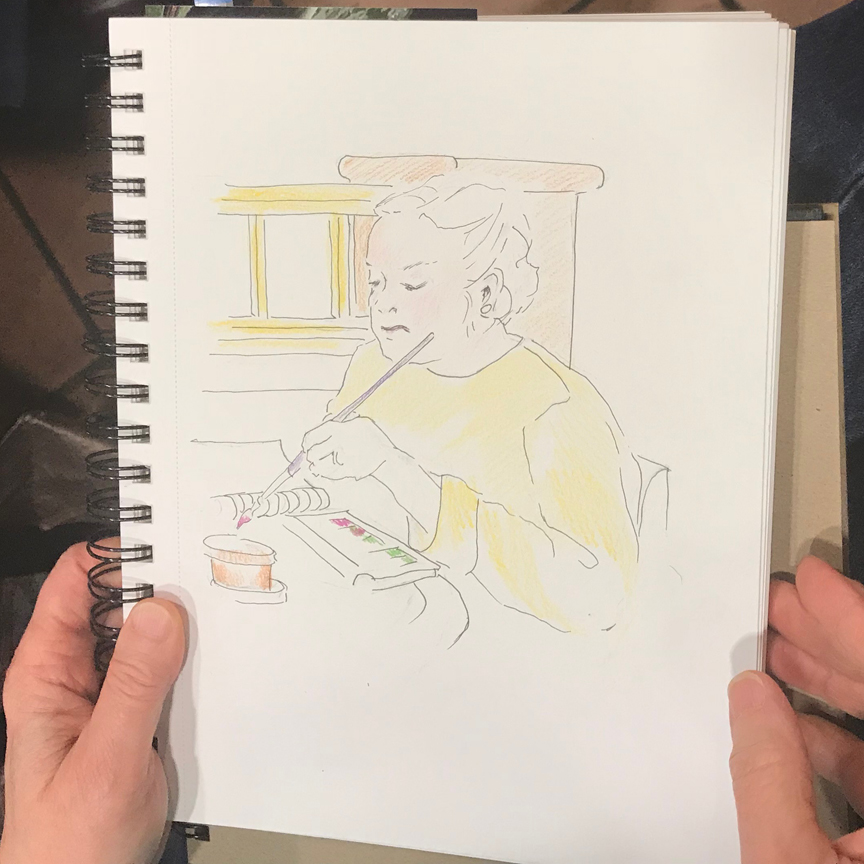 Marsha began a sketch of Lona, paused to show the difference of colored pencil on black and then white paper, and finished Lona’s. 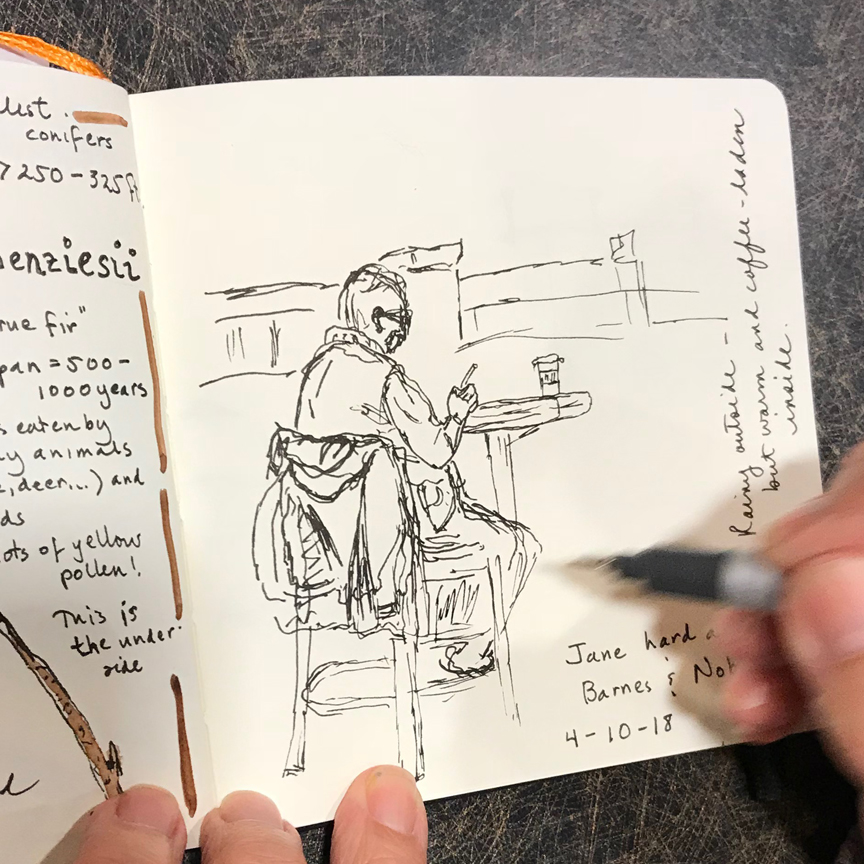 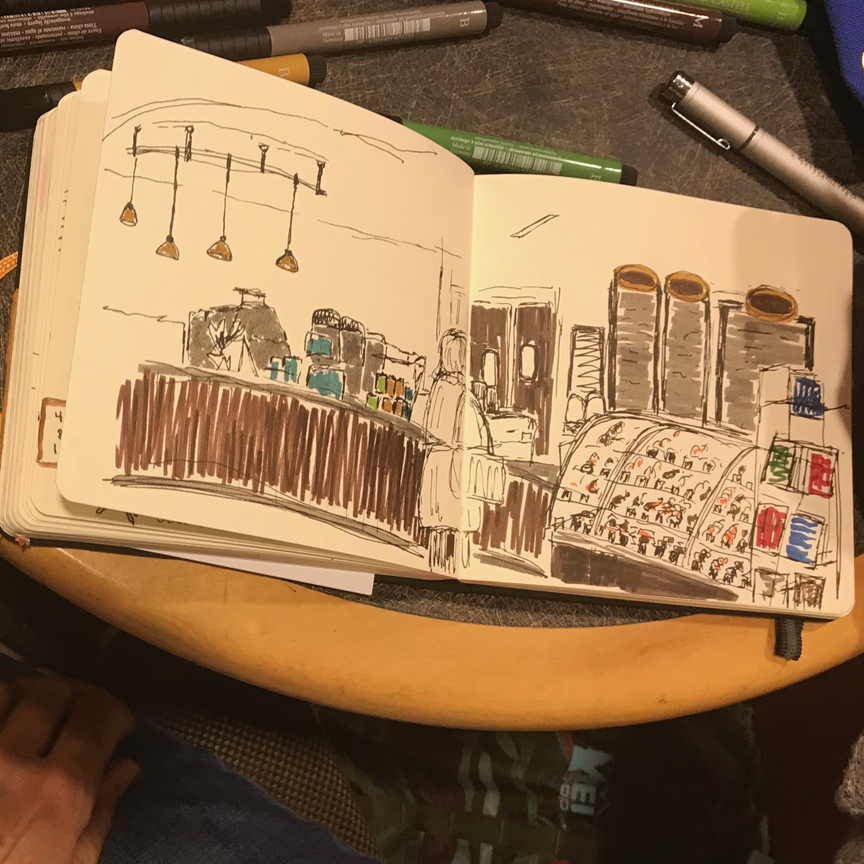 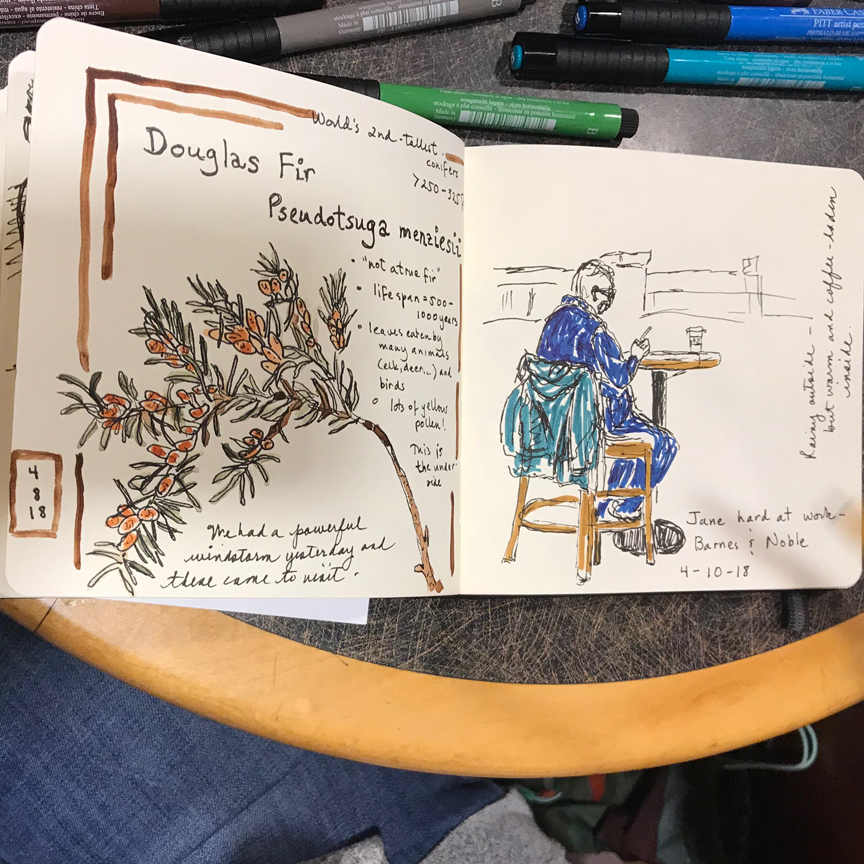 Pat started with an ink sketch, did one of the cafe counter and added some color which moved her back to her original sketch, too. Nice. 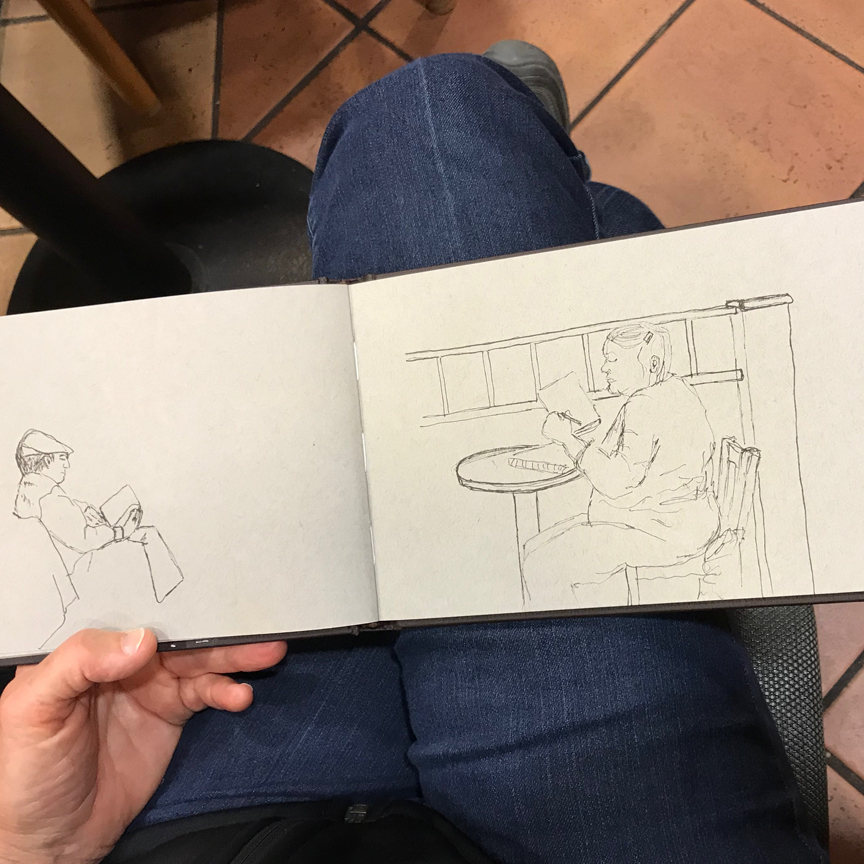 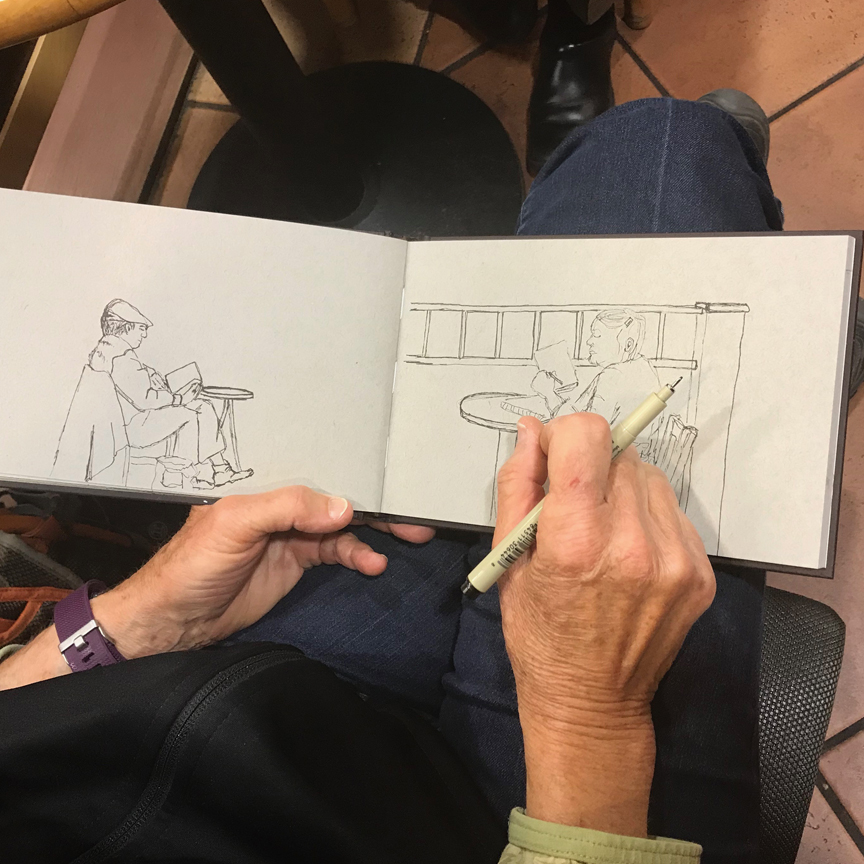 Sandy sketched a fellow at a nearby table, and Lona across the room, and managed to talk to Lealan who never did put pen to paper!