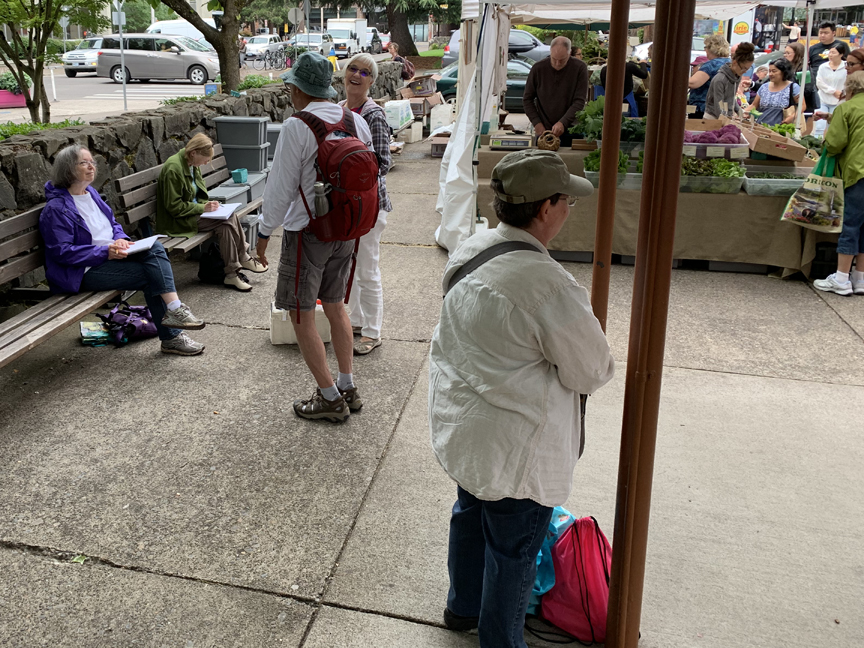 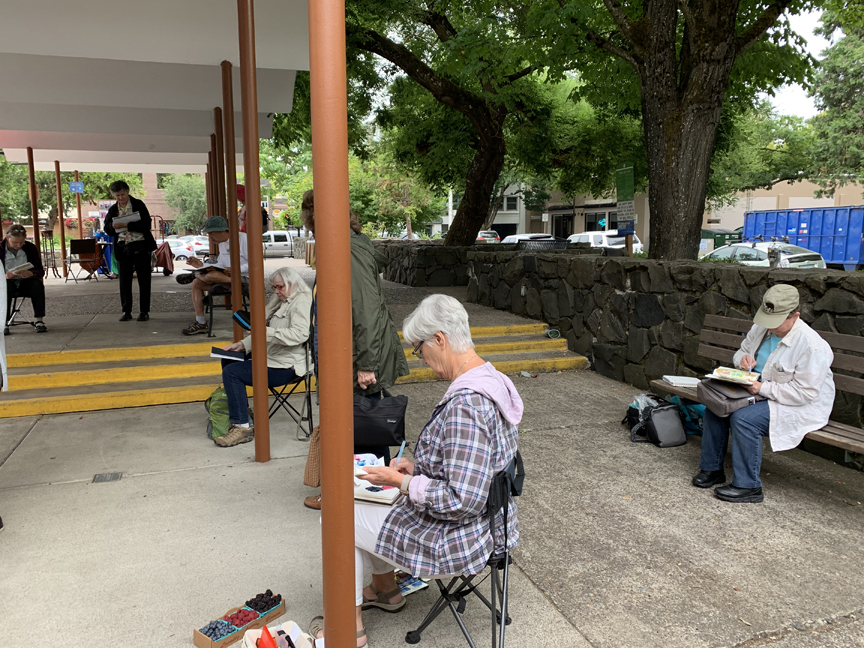 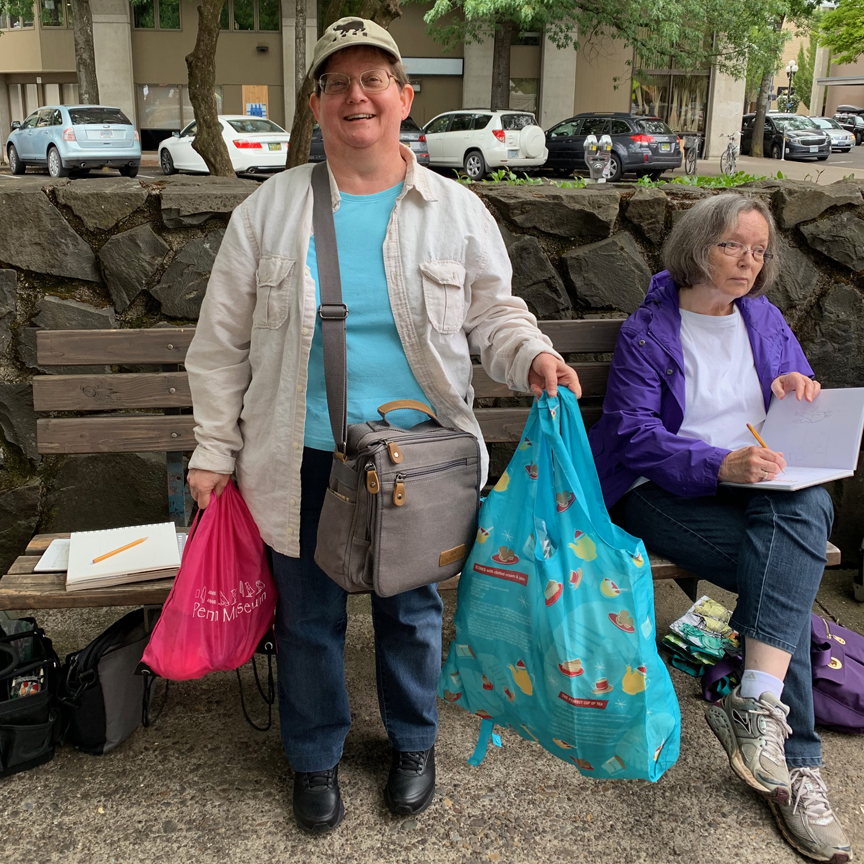 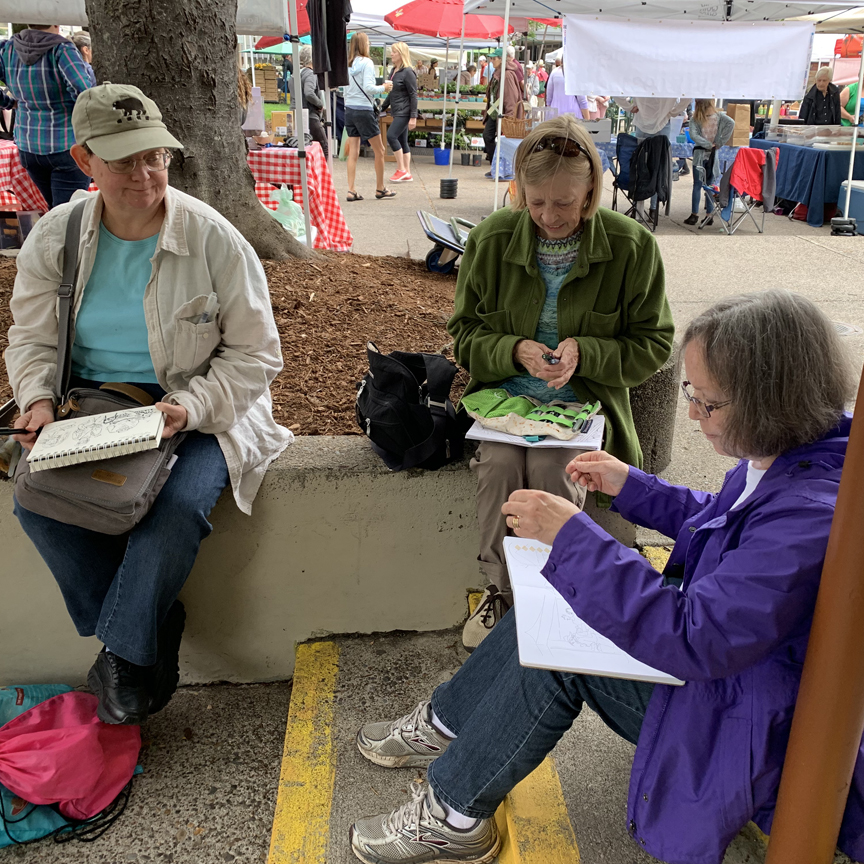 Daisy said, “Shopping first!” But then she joined in sketching with her pals – Marcia & Barb Sh. 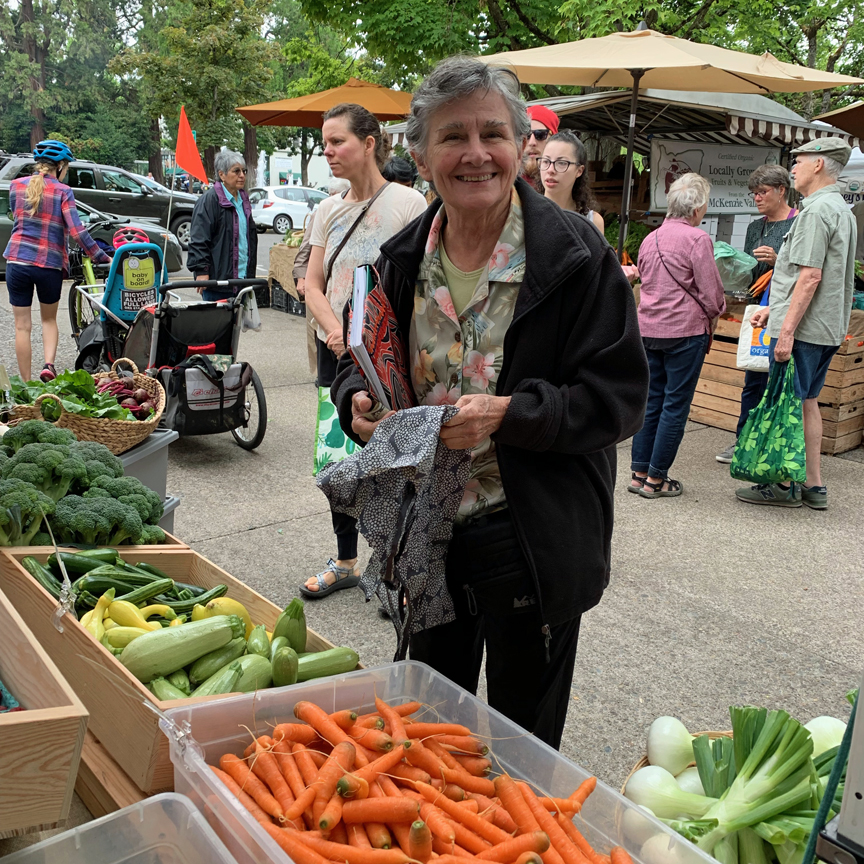 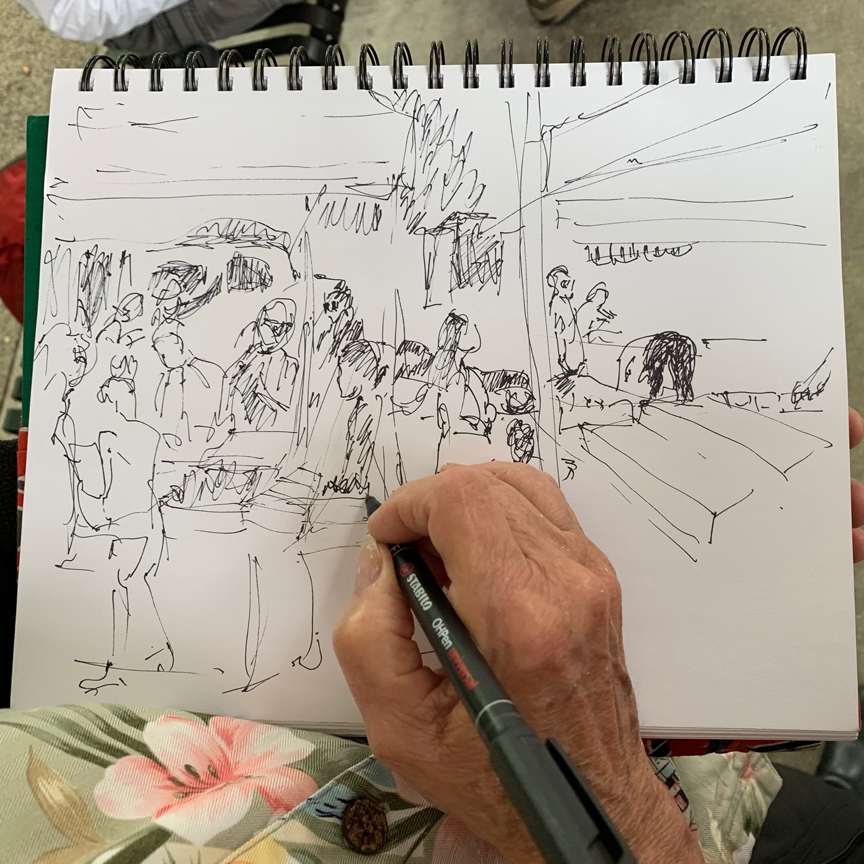 Lealan was of the “shop first” belief, too, then turned around and sketched the shopping scene.

Barb Sh did a fun combination of a person reaching for veggies.

Daisy started out with the green challenge of veggies, then want on to sketch some of the sketchers (always a ready source of models).

Bitty brought her folding stool so she had more flexibility in sketch views – here a garden market with truck, then bicycle for two. 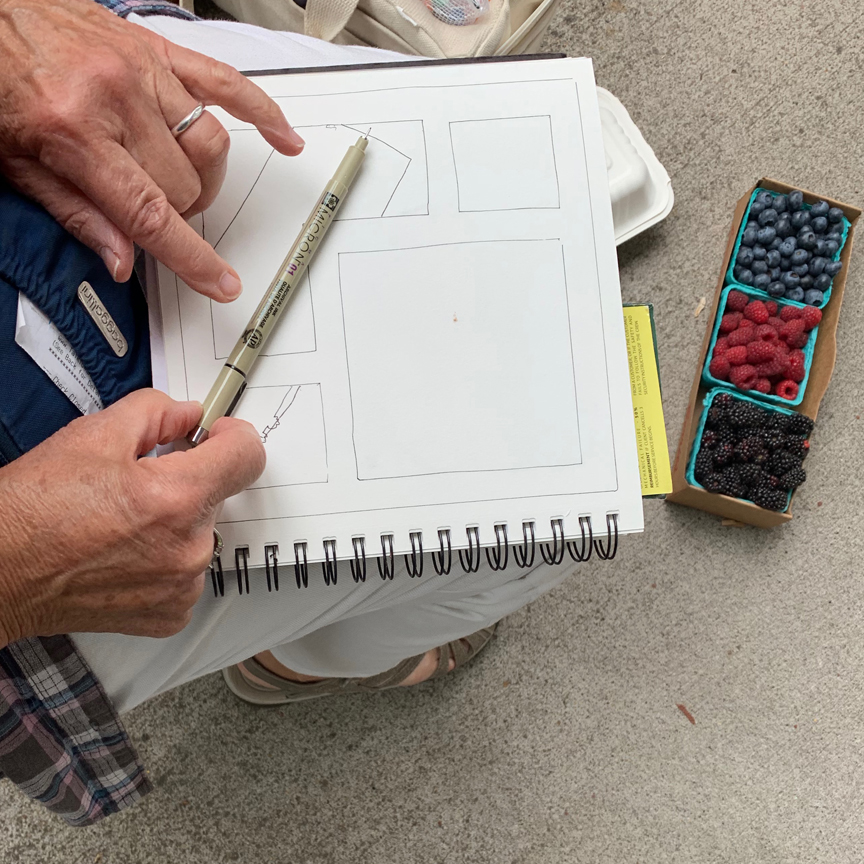 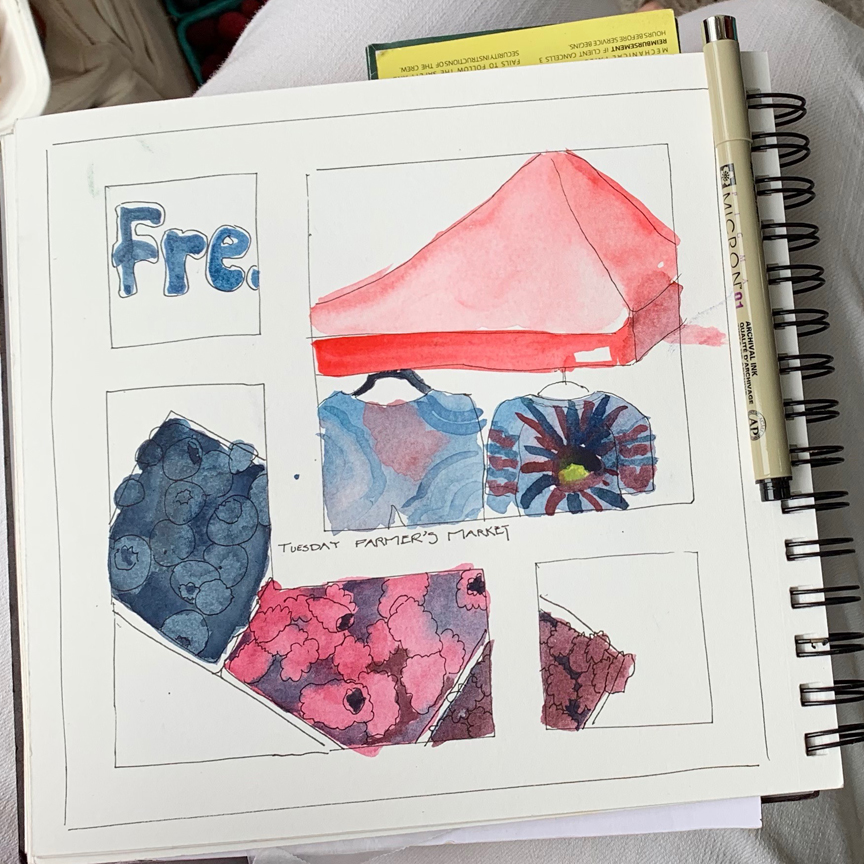 Katie’s pushing variation in her frame format – will it work?  YES!

After an aborted attempt at drawing a “skyline” of tent tops, Jane reverted to using the frame format. Ahhhh, much more manageable. 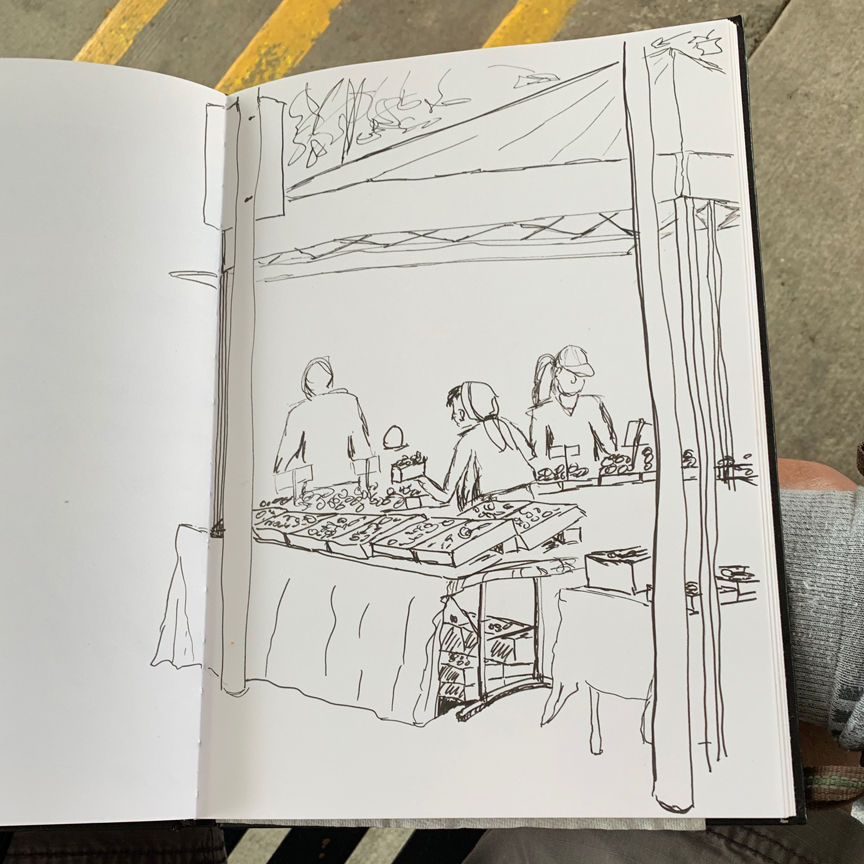 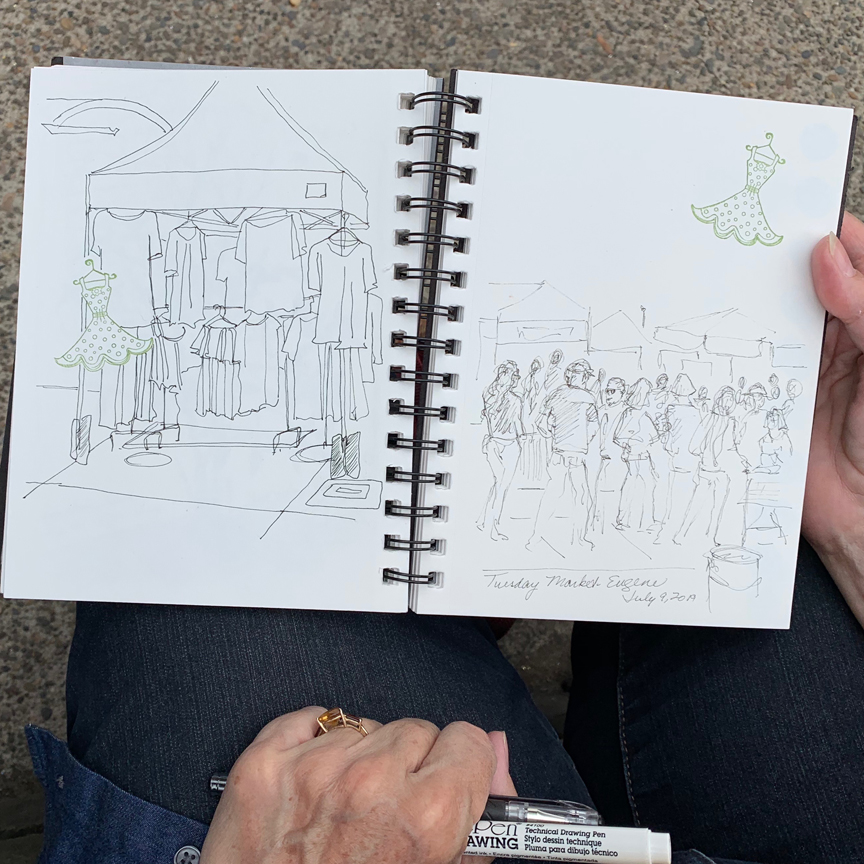 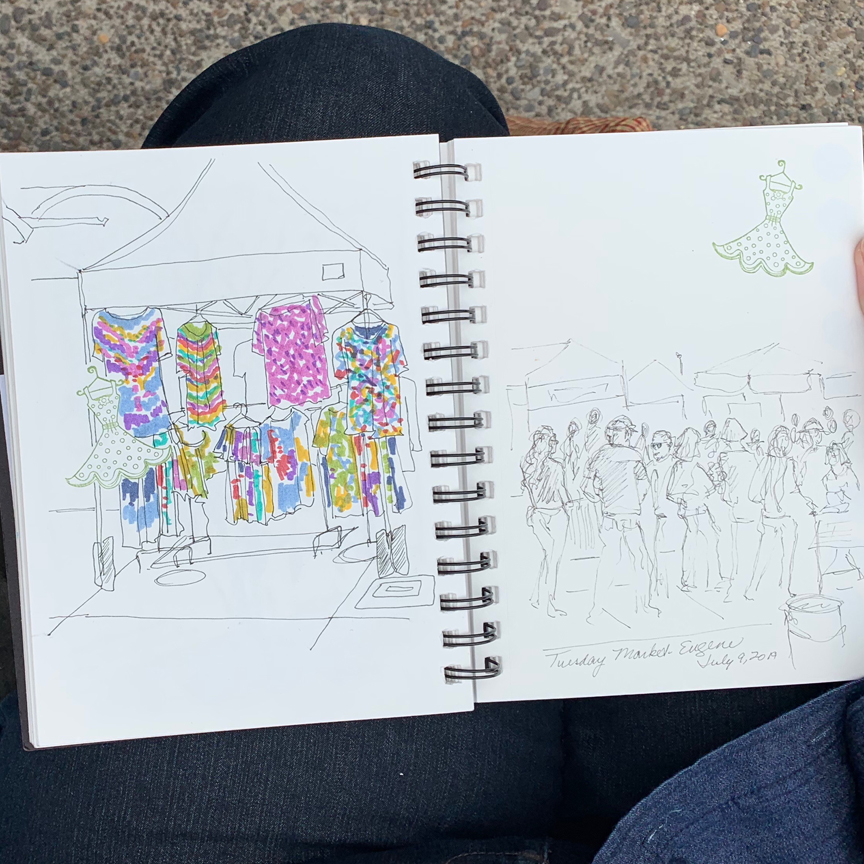 Sandy saw the clothing booth from a different angle, and cat toys! 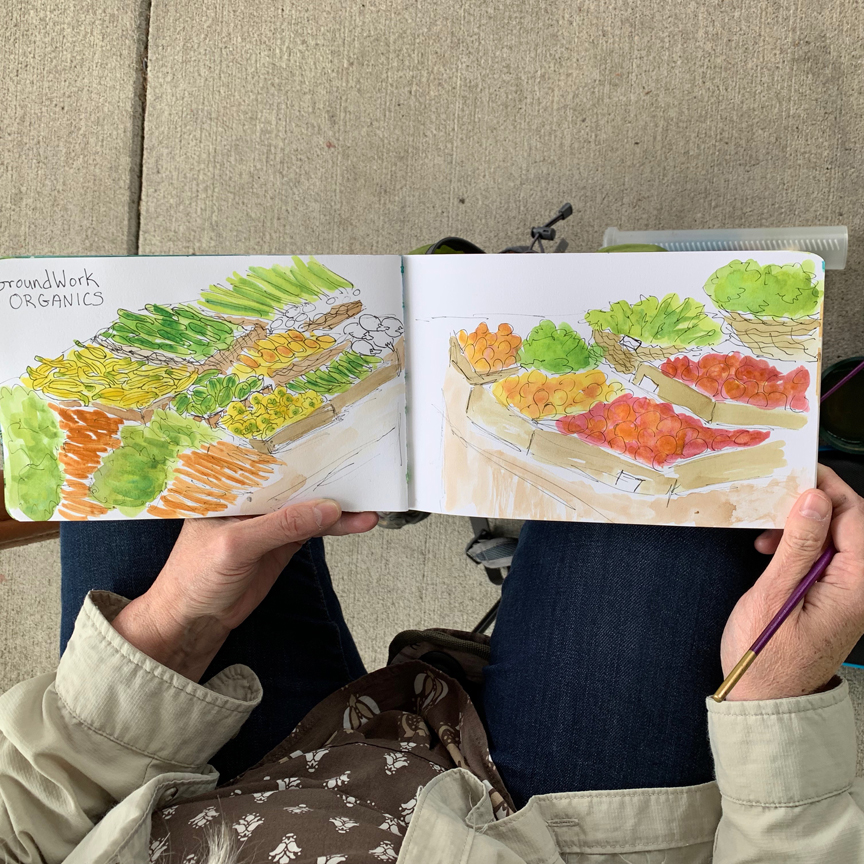 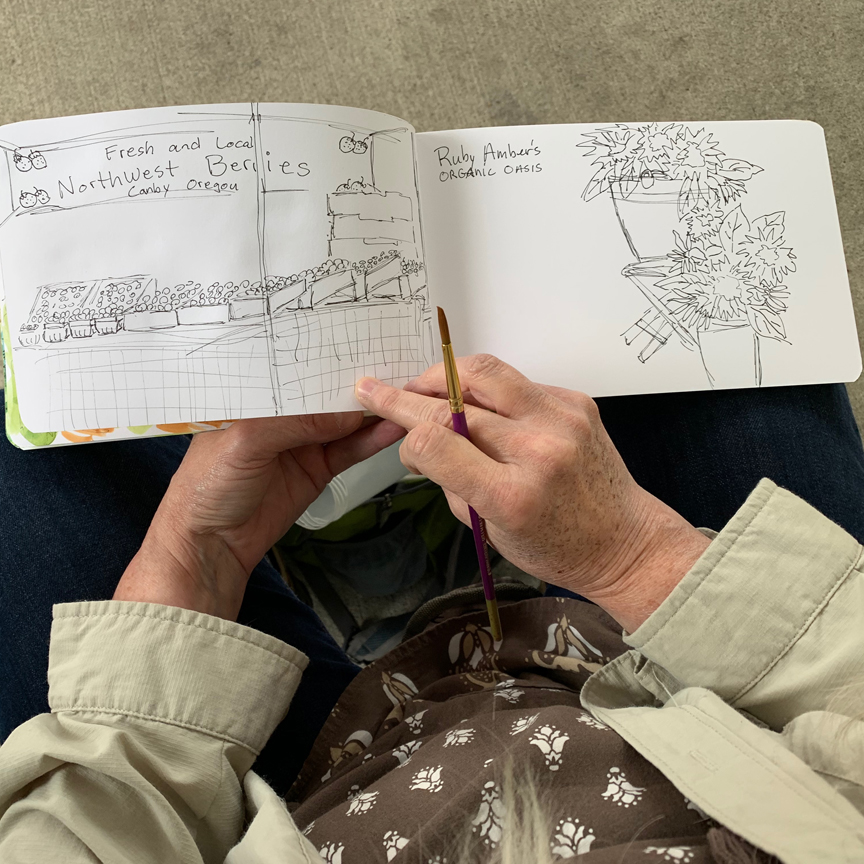 Danita has that newly retired look, and enjoyed prowling around the market capturing little scenes of goodies all around.