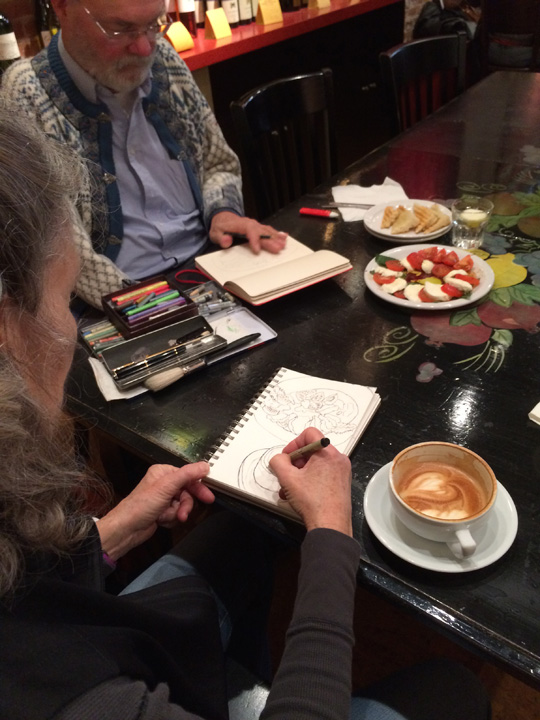 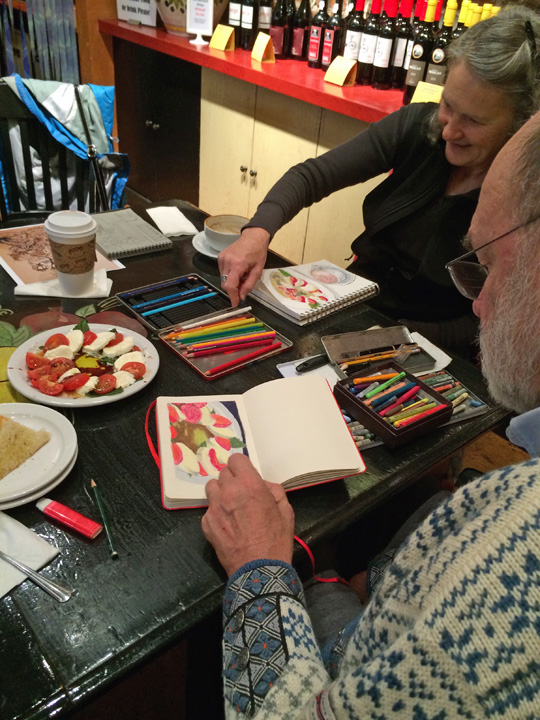 Erik, ever the gourmand, choses a caprese salad to sketch, and Sandy adds her cappuccino to her version. Wow, look at those colors! 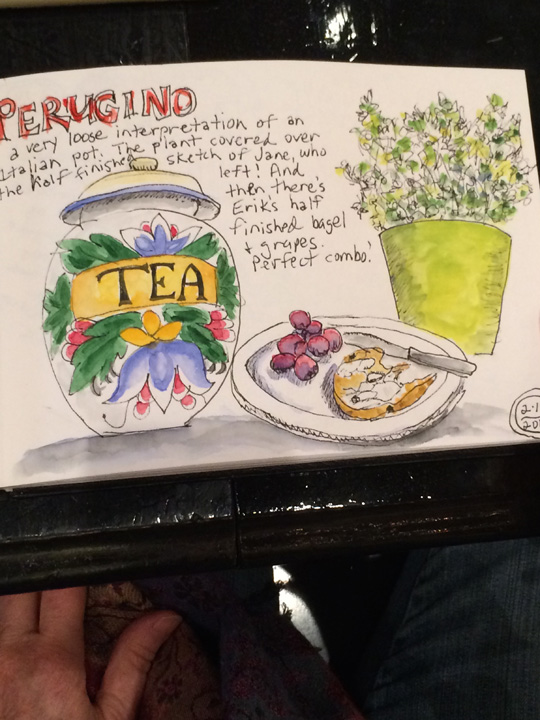 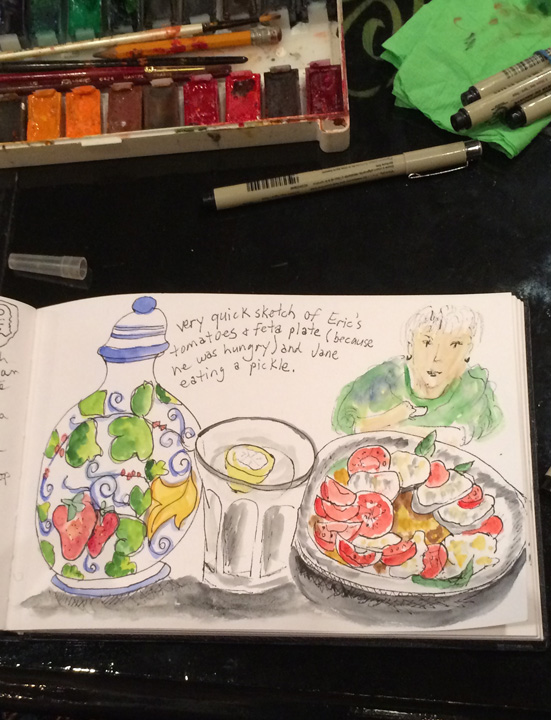 Trish introduced the topic of “morphing” when last week she started a sketch of Jane and when Jane left early she had to turn into a green vase of flowers!  Today she got the caprese and Jane, too. 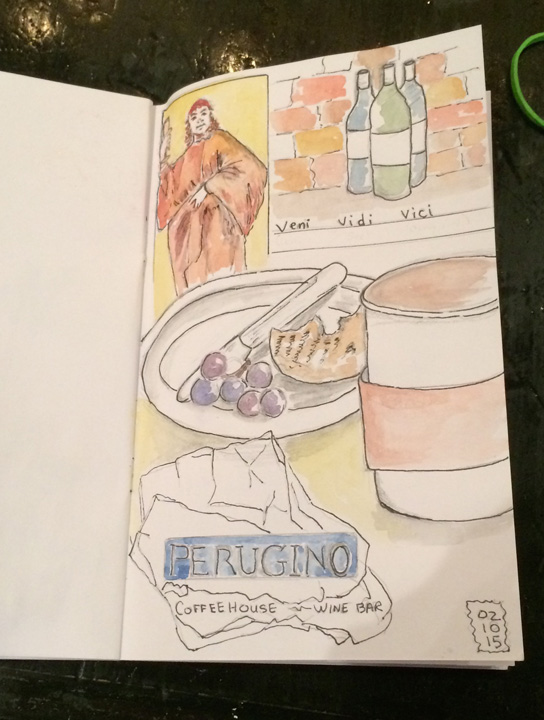 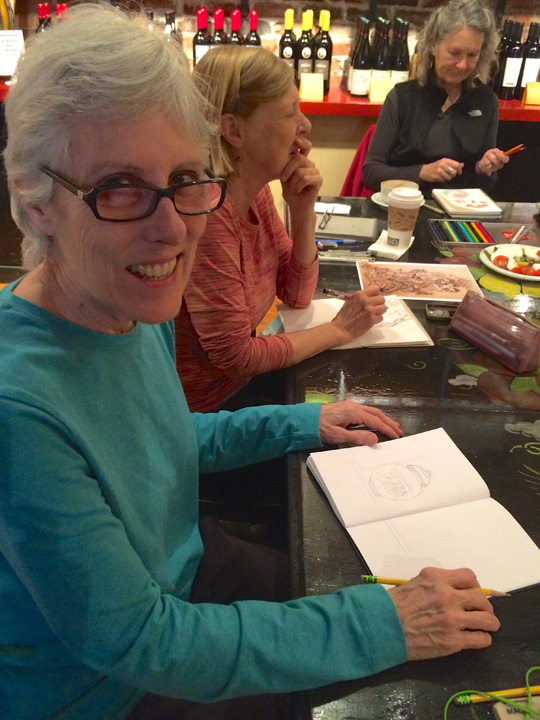 Barbara Sommers often has to leave early, so it was fun to catch up on her finished sketch from last week, & see her start a new one. 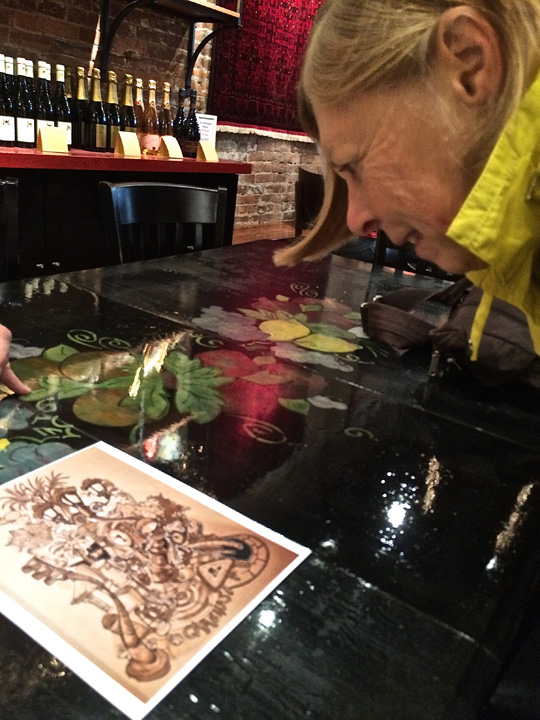 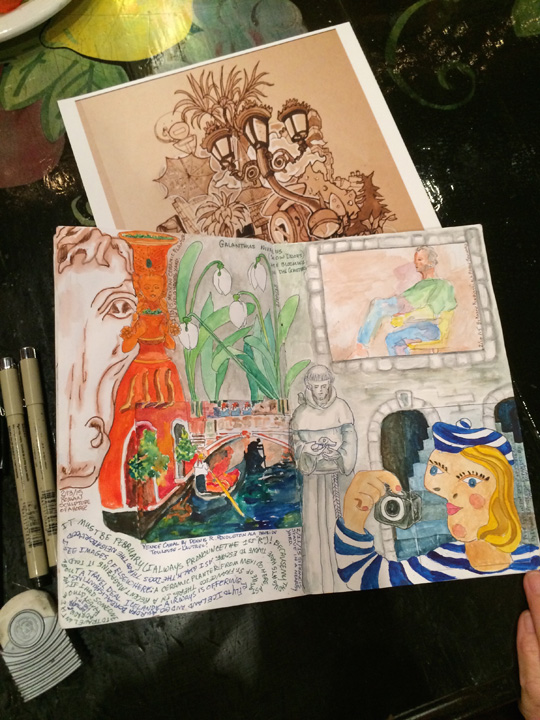 Jane brought a printout of a sketch Carlos Castro Perez had posted on Facebook on the Urban Sketchers page because it reminded her so much of how Barb Shirk sketches grow around different things. 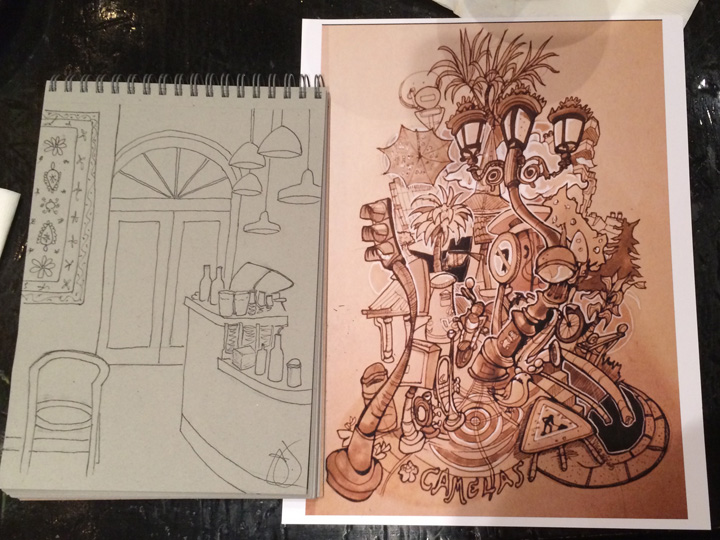 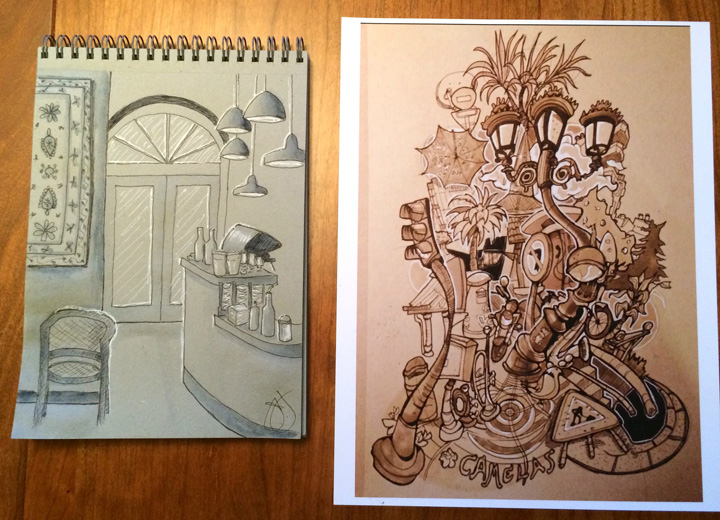 Jane tried to let Carlos’ sketch of different objects from the same street influence her sketch of the inside of Perugino’s. But hers turned out not to be so loose!  (How does he do it?!?) 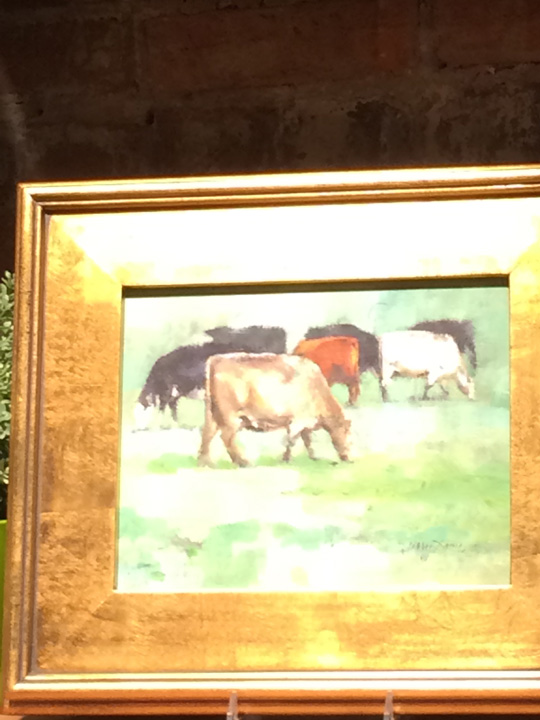 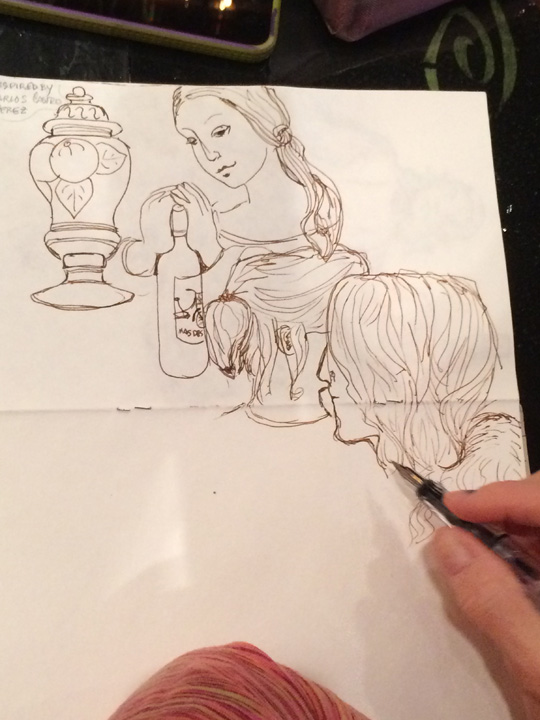 Meanwhile, Barb Shirk tried adding the cows from a painting to her sketch, but when it got too challenging, they morphed into women’s heads! (Can you see the cows hiding in her sketch?) 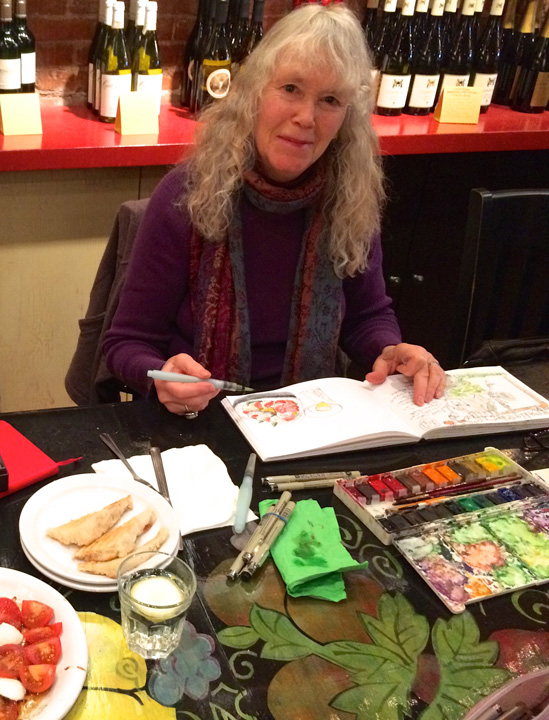 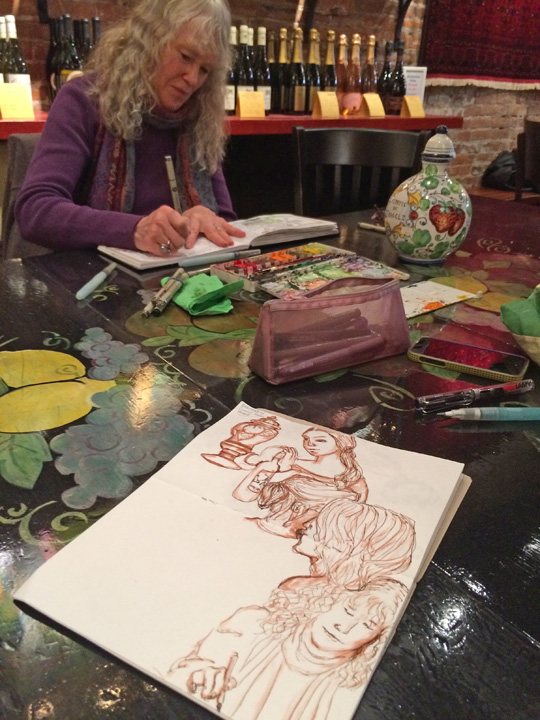 And then Trish made such an enticing model across the table that Barb Shirk added her to the page, too.