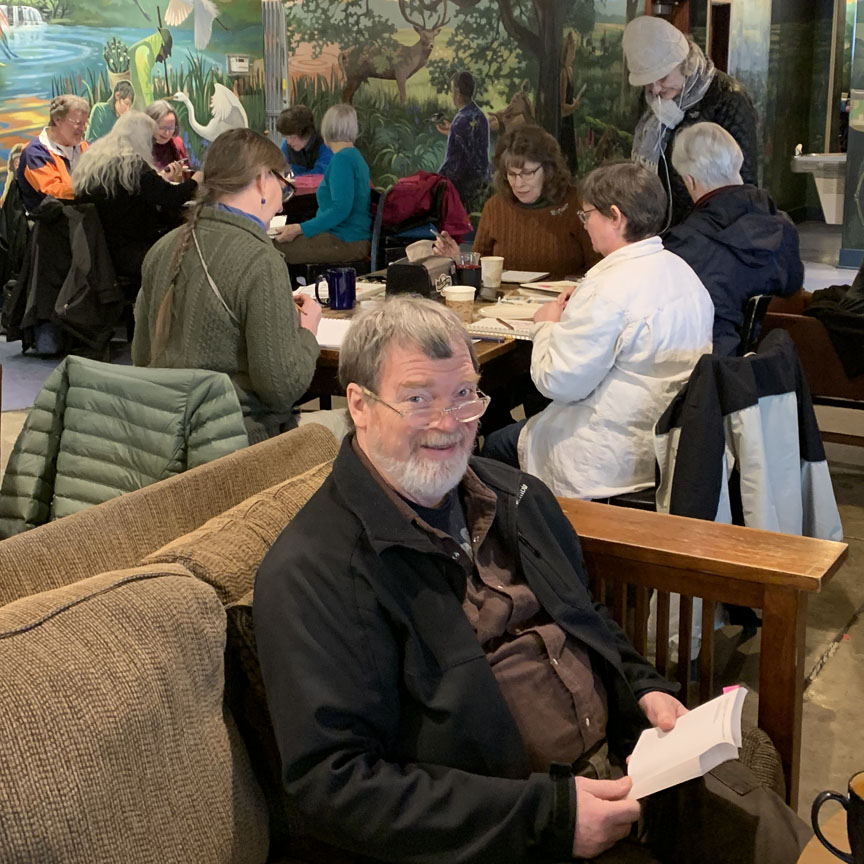 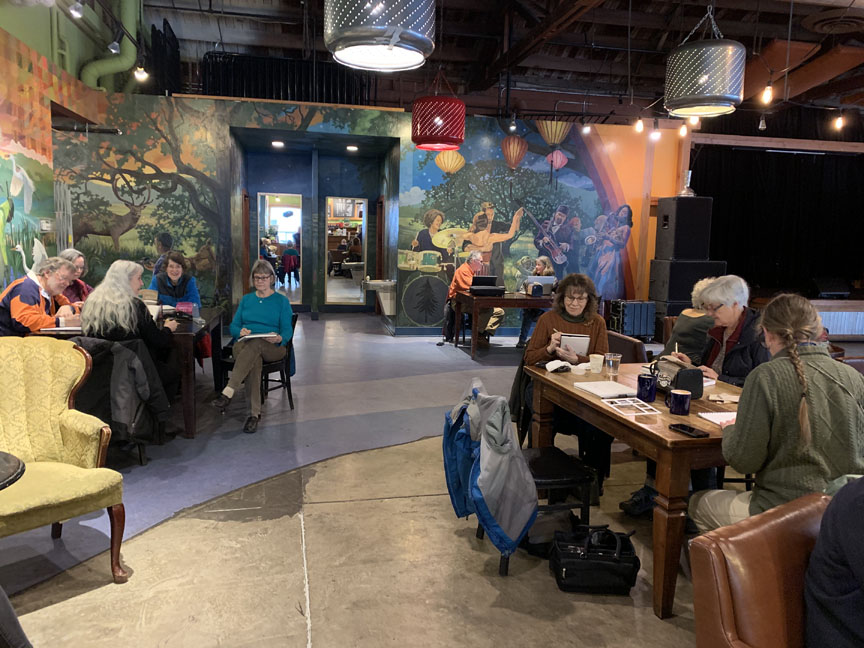 Daisy was a stand-up sketcher, getting all those wall artifacts, before sketching the perfect model, mesmerized by her iPhone. 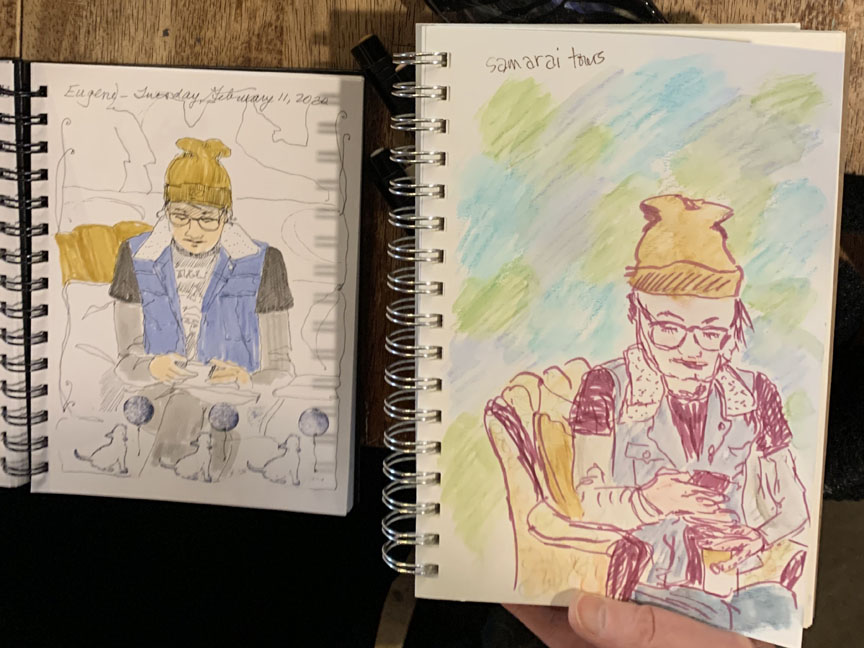 Here’s how Bev’s sketch evolved, including using grey markers for different values in a sketch of some nearby people. 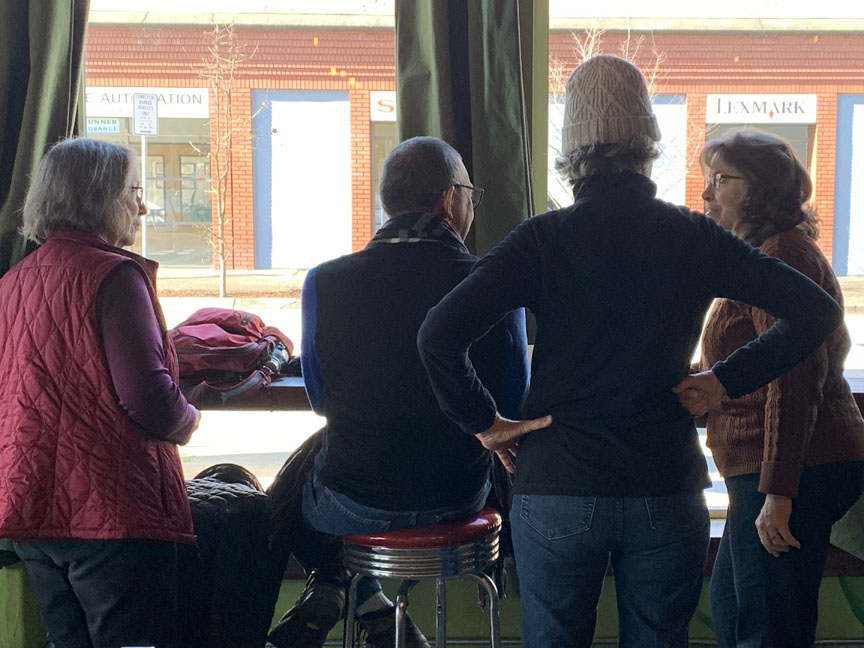 Marsha and Bev came over to see what Hugh & Sandy were up to in the bright light of the counter window. 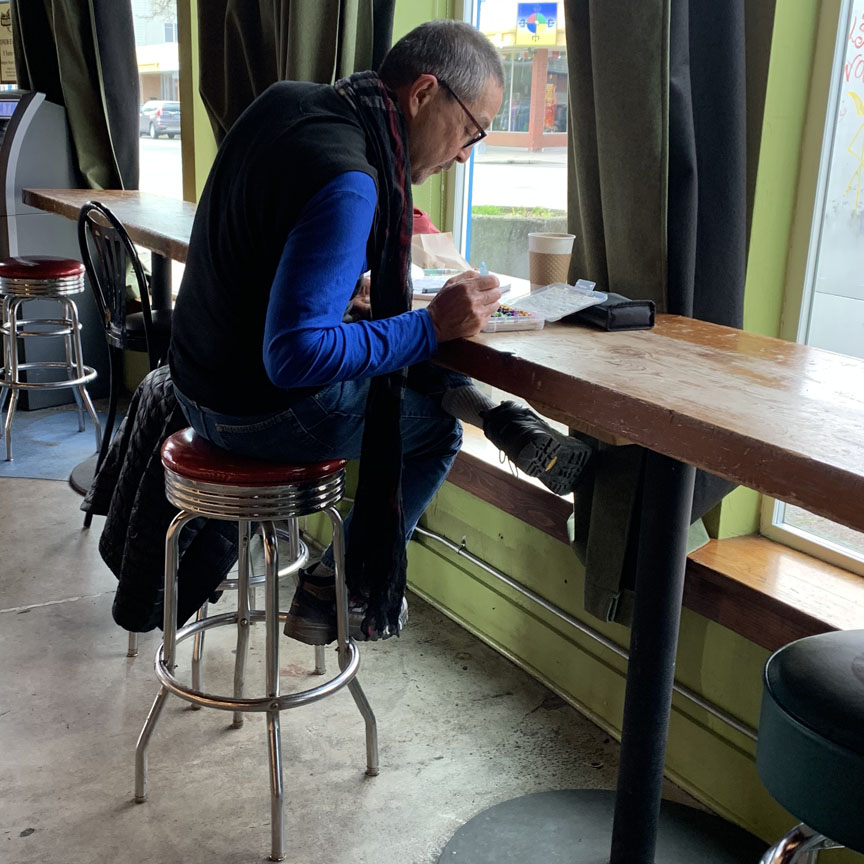 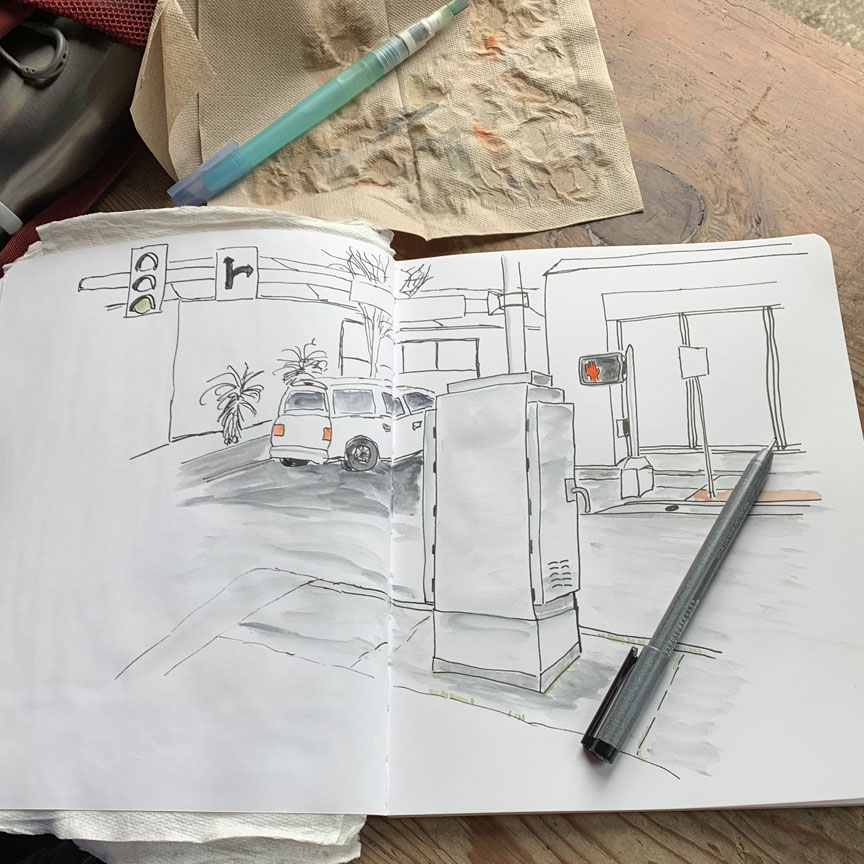 Sandy, getting ready to go to Japan, drew tiny Japanese scenes in her small accordion sketchbook. That’s quite an accomplishment! 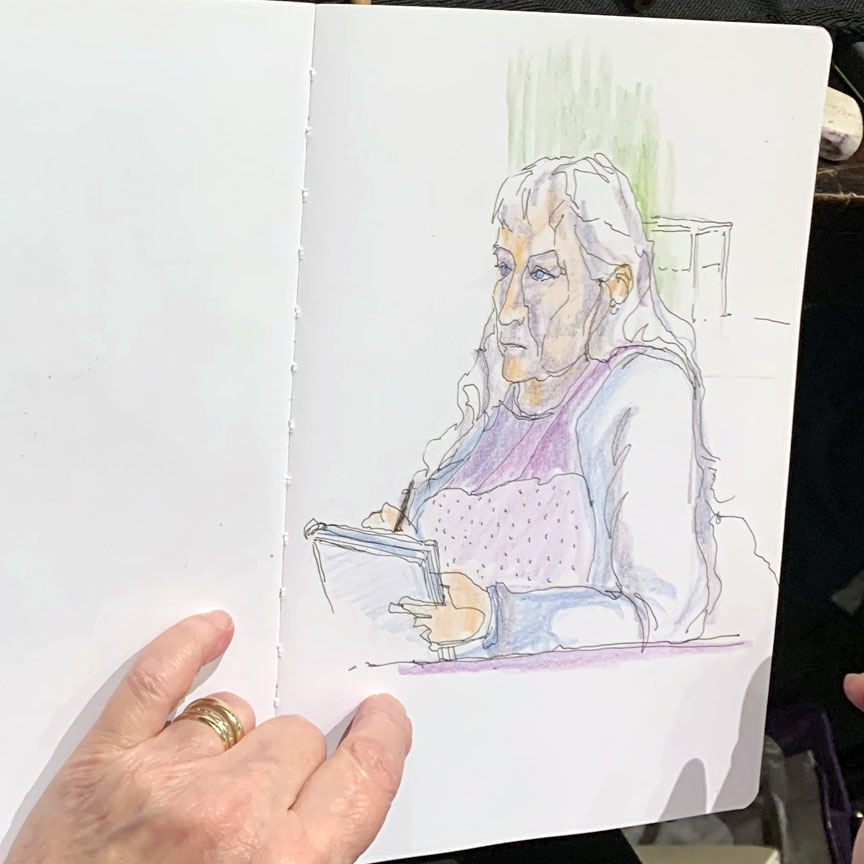 Marsha is taking a class on portraits, and did a wonderful job using colored pencils – really her forté.

Danita took the suggestion “sketch what’s in front of you” to heart – the water fountain on the wall beyond her! Now that’s interesting.

Marsha stopped to see what Barb Sh was doing – portrait sketches, too, but what a different approach, and how fun!

Carol started out focusing on the bottles, then added the serving counter and people, too. What an interesting scene.

Peggy was looking the same direction, but started with the menu posted on the wall before going down to add the serving counter. 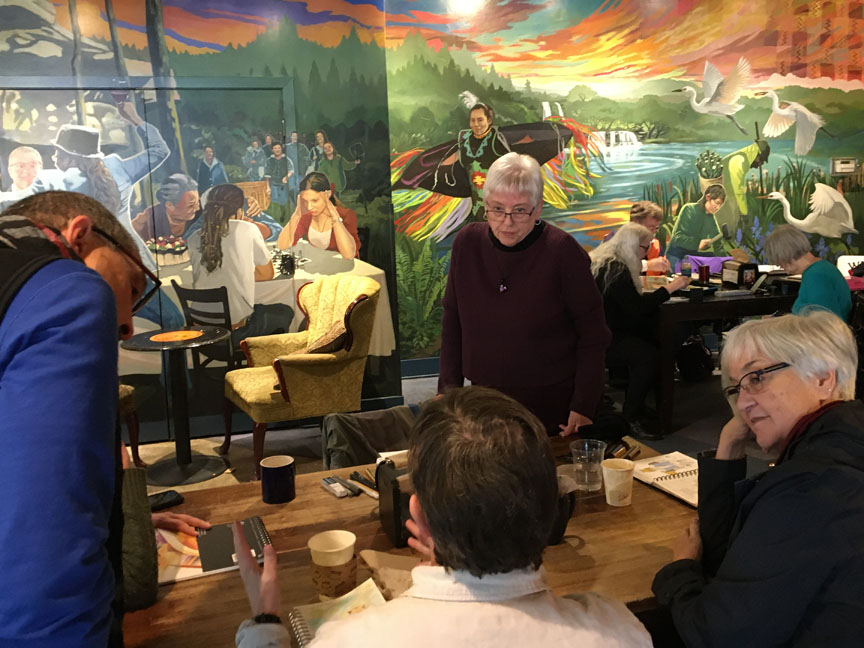 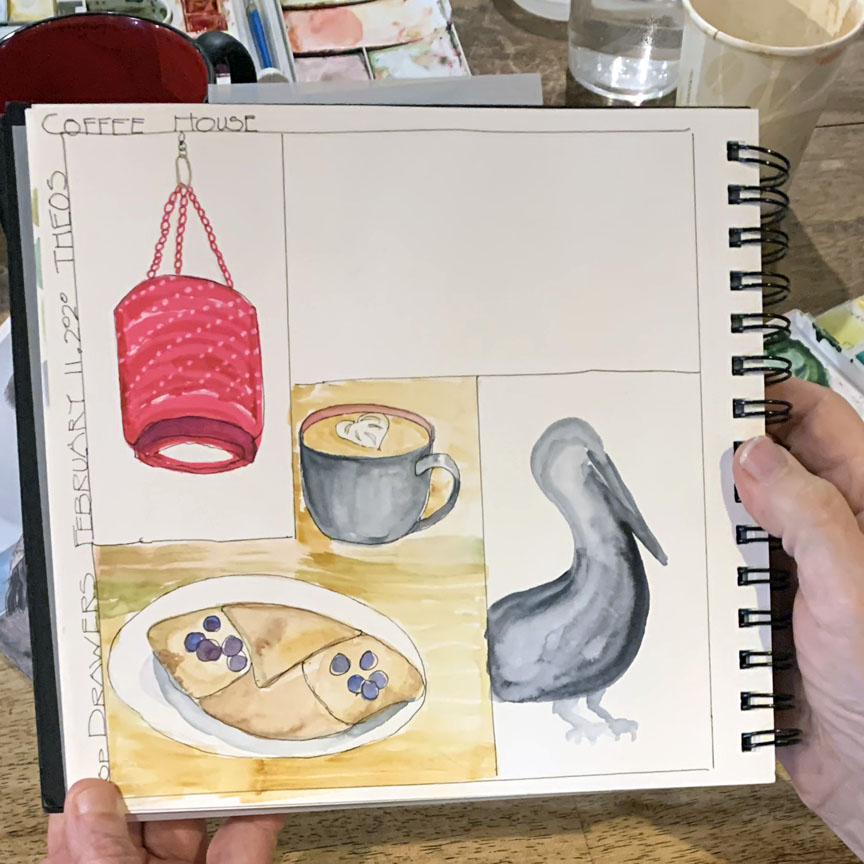 Katie started sketching one of the washing machine tub shades, then on to her coffee & danish, and a bird from the wall mural. 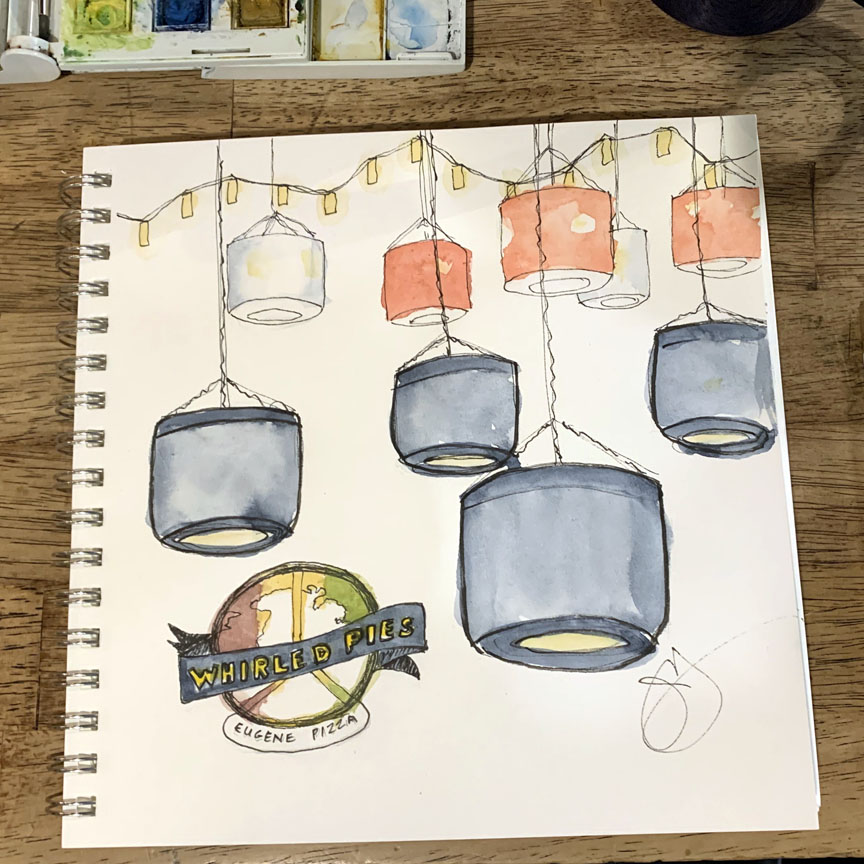 Jane was fascinated with the tub shades, but more from a design orientation. “I’ve had too much coffee!” she said when painting. 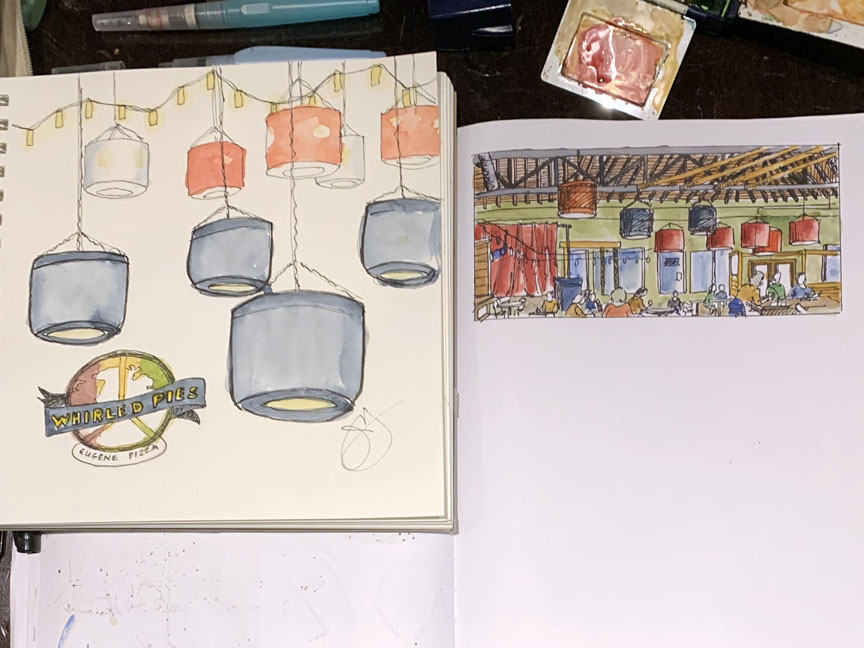 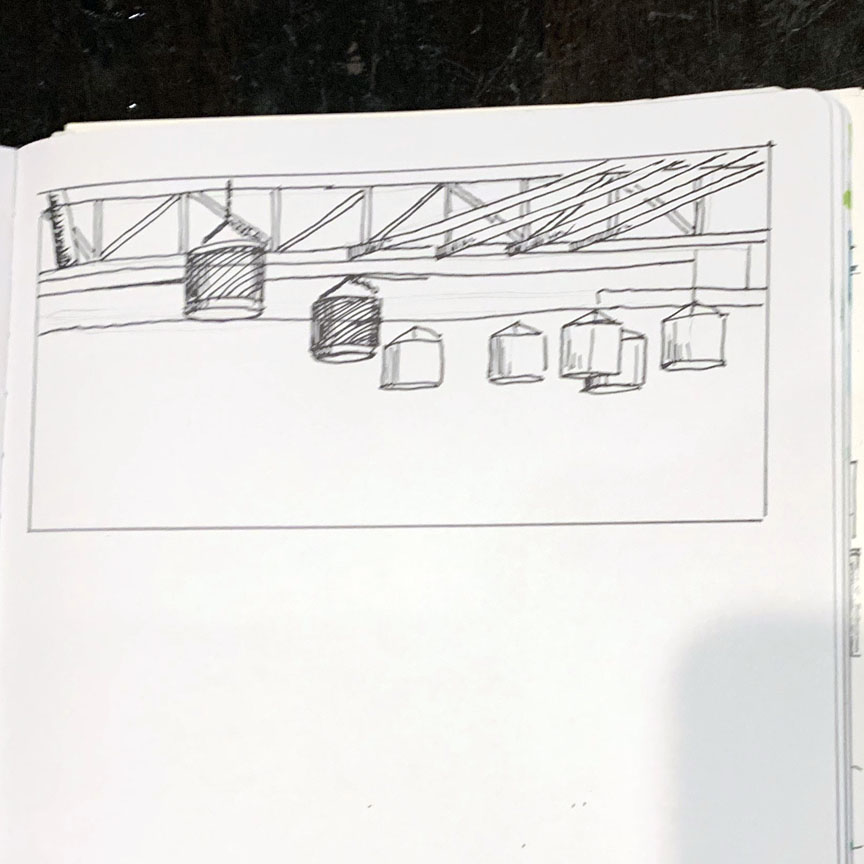 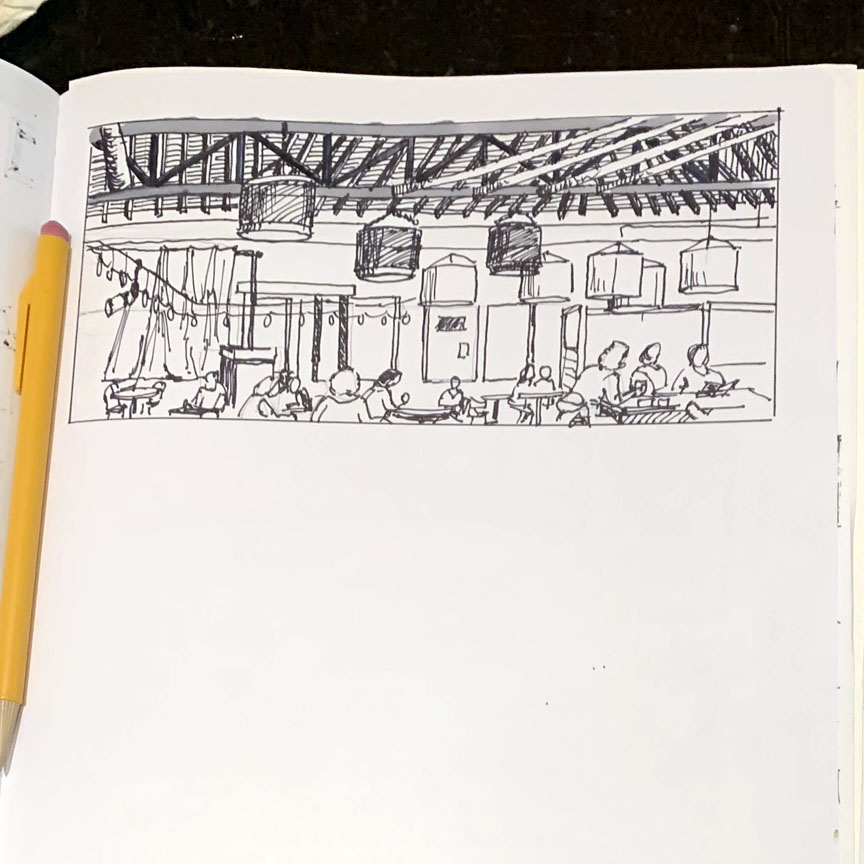 Jim H. started with ink contour, added cross-hatching and shading, then went on to watercolor. What a vibrant scene he does! 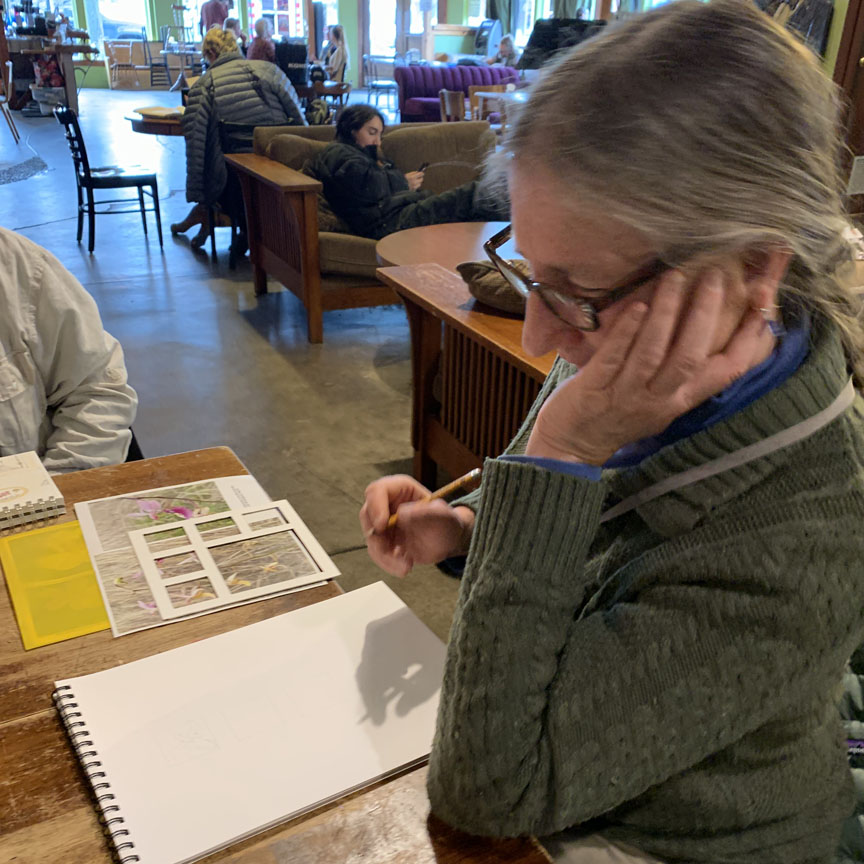 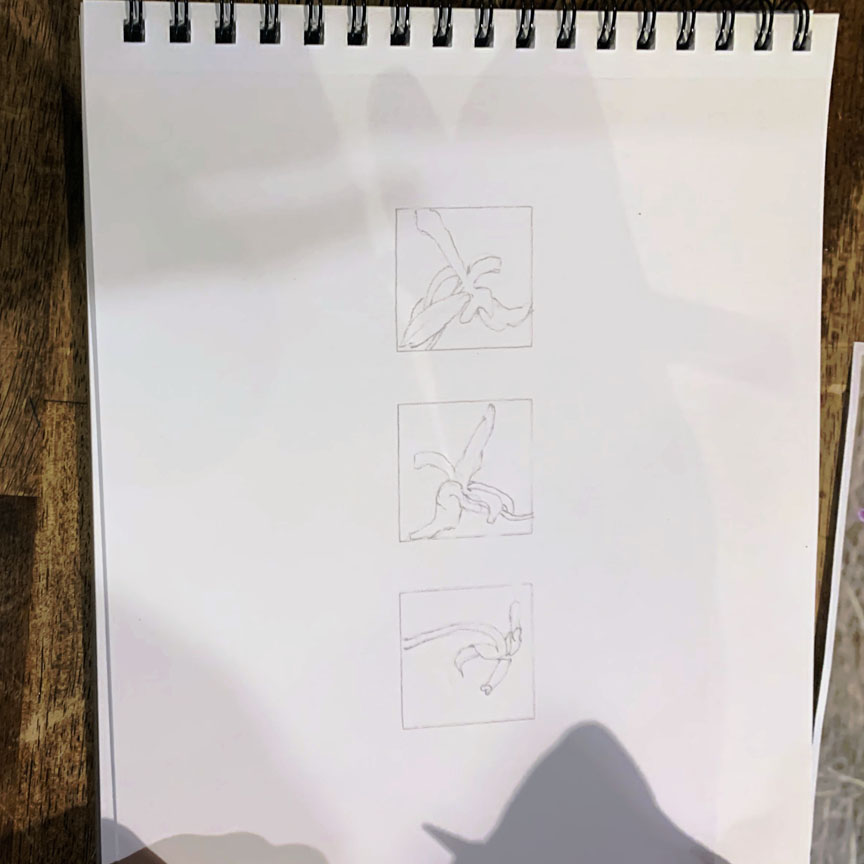 Bitty borrowed the frame template, wanting to zero in on the little orchids from a photograph, each one worthy of celebration.