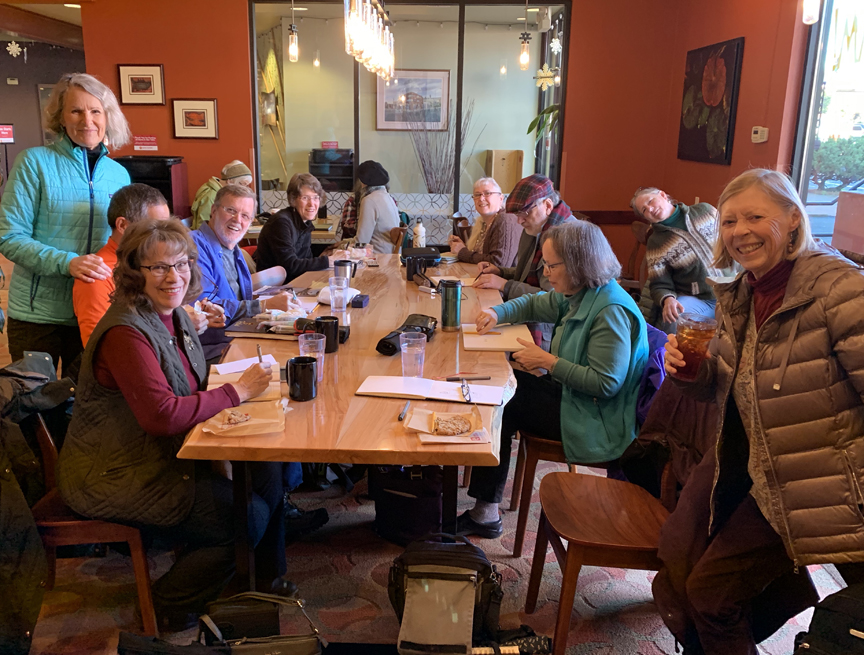 We wanted someplace warm and this was it! Around the table: Bev, Sandy & Hugh, Jim, Katie, Peggy, Laura behind Helga, Danita, Serge, Marsha, Bitty, & Barb Sh.  Don’t you like the new long table? We do.

Bev was quick to start sketching the tree in the courtyard out the window. Then she even had time to start on the decorations.

Sandy said her first model left before she was finished, so she had to make him up! Serge, however, was in for the sketching stay – great. 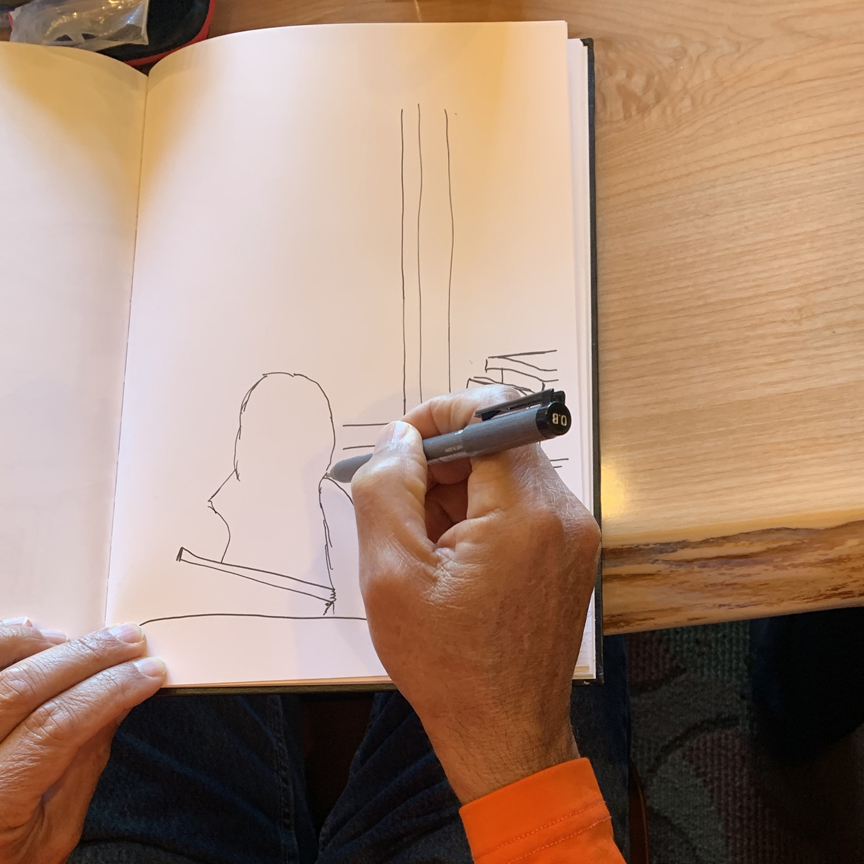 Hugh was teased about his blank faced person, so he had to show us his finished sketch from last week – pretty spectacular!

Jim was remembering good times with friends at the vineyard, and this sketch will be an anniversary present for them. It’s so special.

Peggy had a good time playing with the intertwining trunks and branches, as well as the shadows. Nice sketch, Peggy!

What’s Katie up to? Finishing her daily trip summaries, then some sketches she started from her trip to Italy. Love that monster. 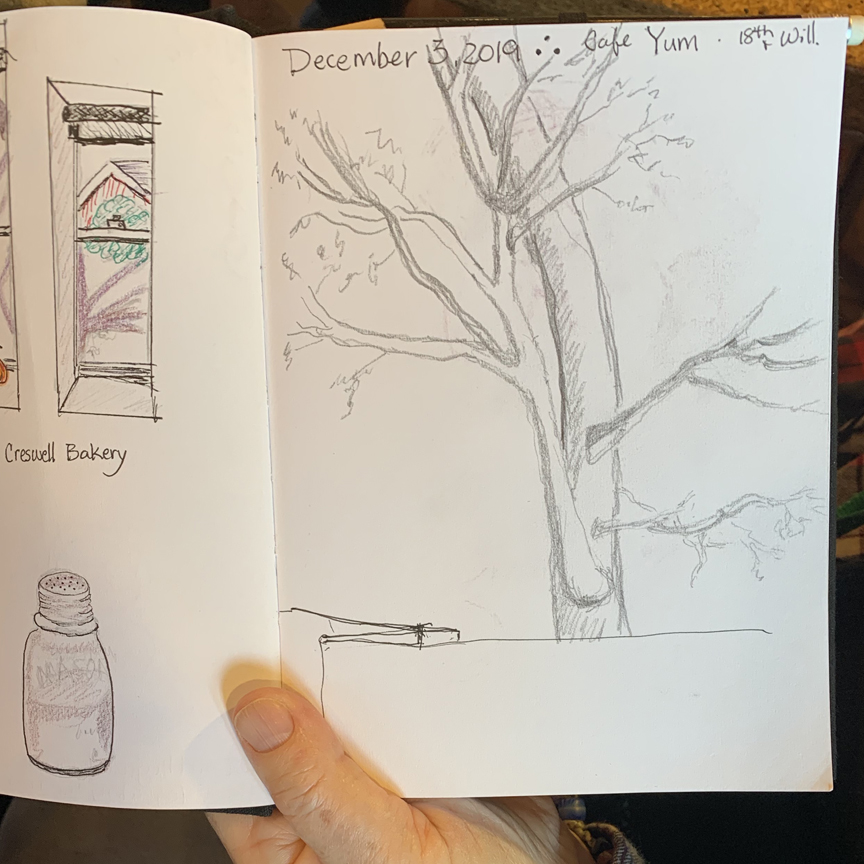 Laura sketched the tree from a different perspective, then went on to capture some of the signs outside the building, too.

Helga was seriously into little thumbnail sketches – hard to let go of all the tiny details yet capture the important aspects. Good job. 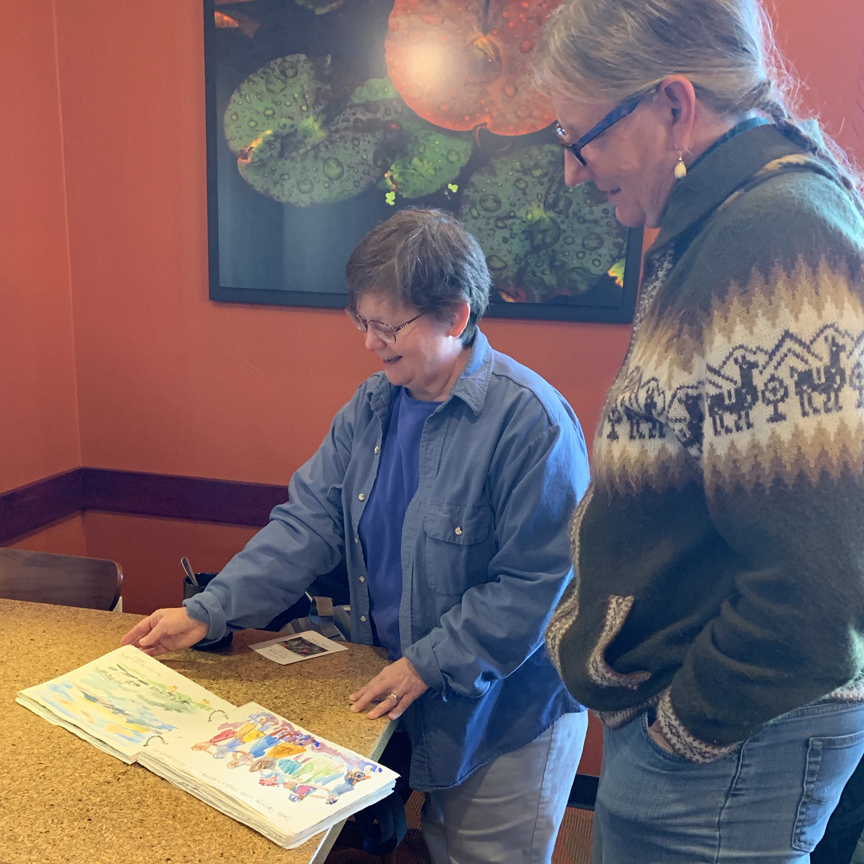 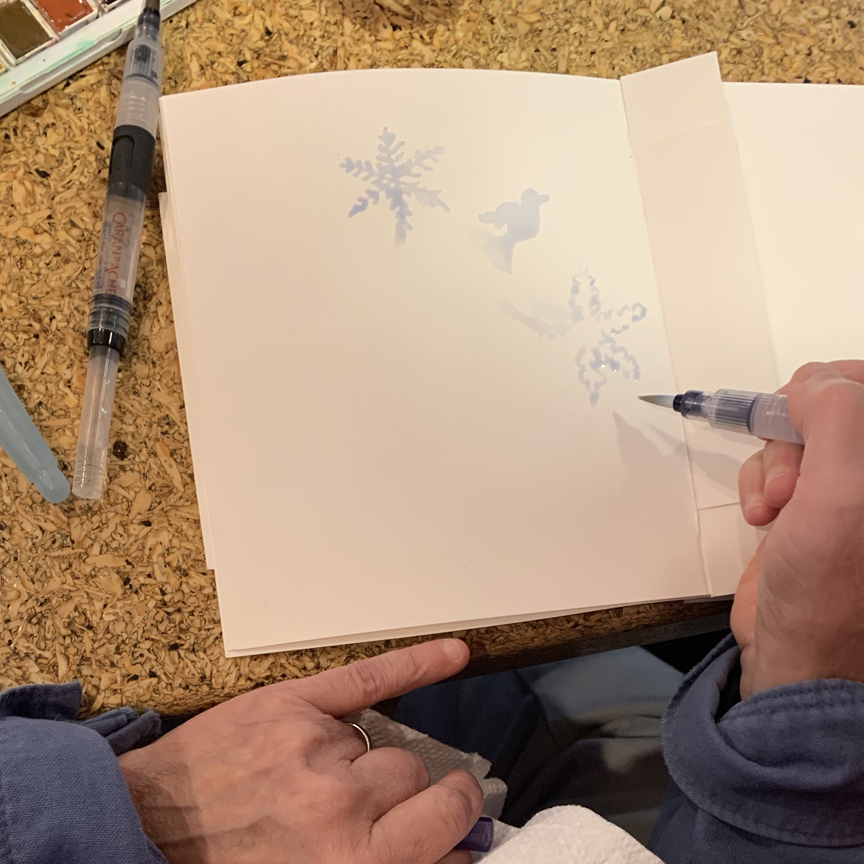 Daisy had fun showing Bitty the sketch she did (mostly in the dark) during an event the other night, then she did snowflake decorations. 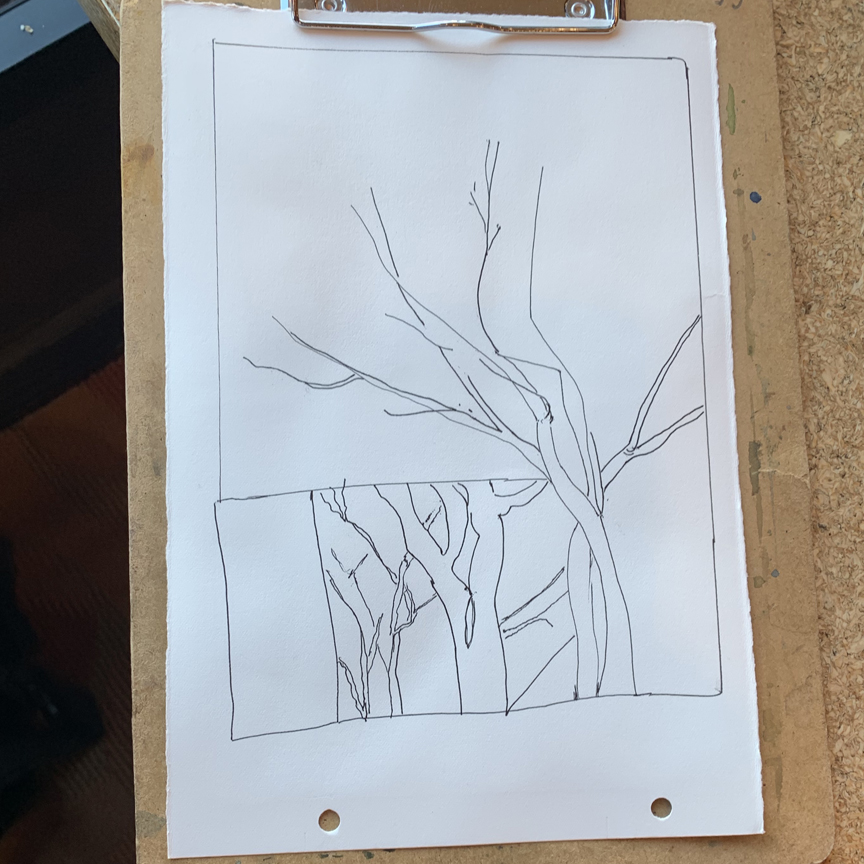 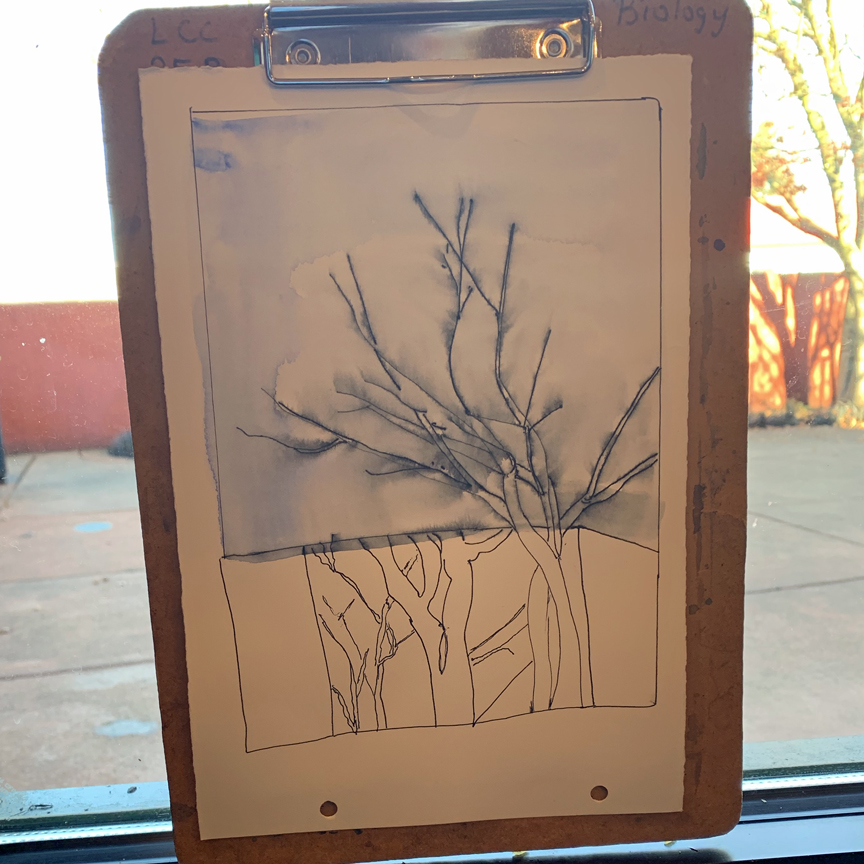 Bitty did a simple contour drawing of the tree in the courtyard with water-soluble ink, then she added water & watercolors – zow. 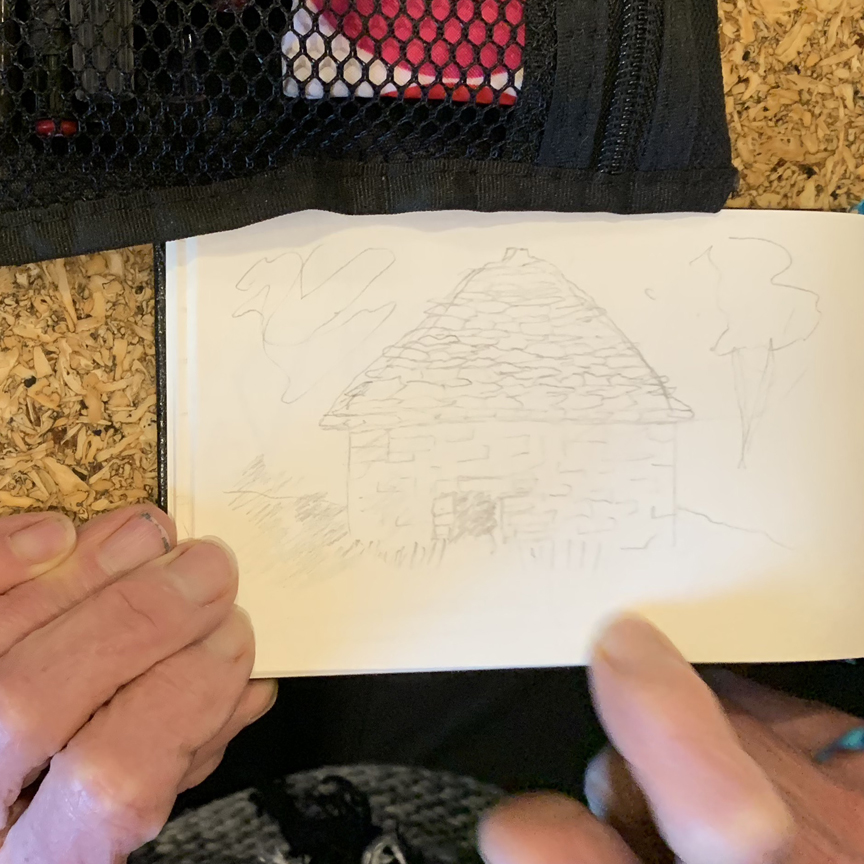 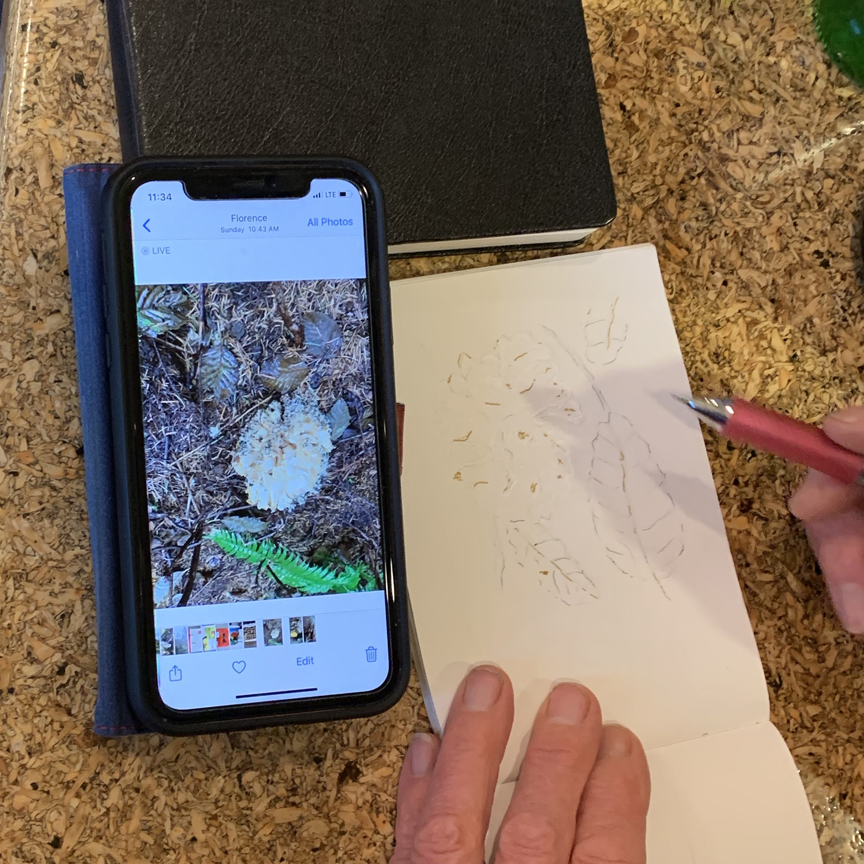 Lynda showed us her cone house sketch – they’re found in Croatia and many other places. She also had a photo of a curious mushroom.

Lealan was just back from California with a sketch she did there, then managed to sketch what she was eating & drinking right here. 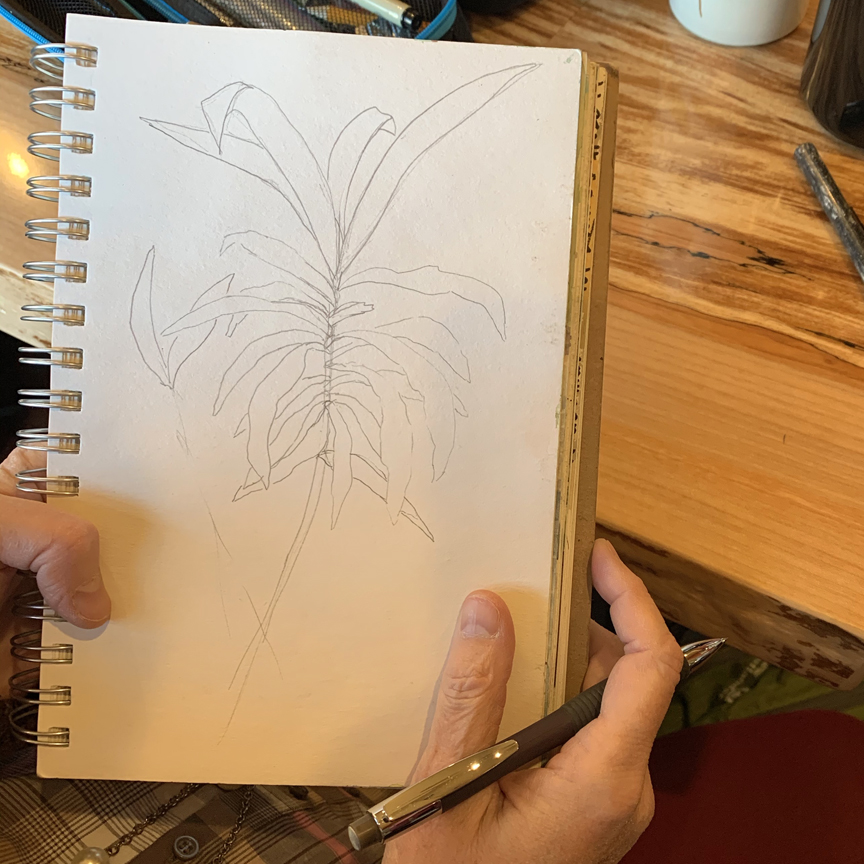 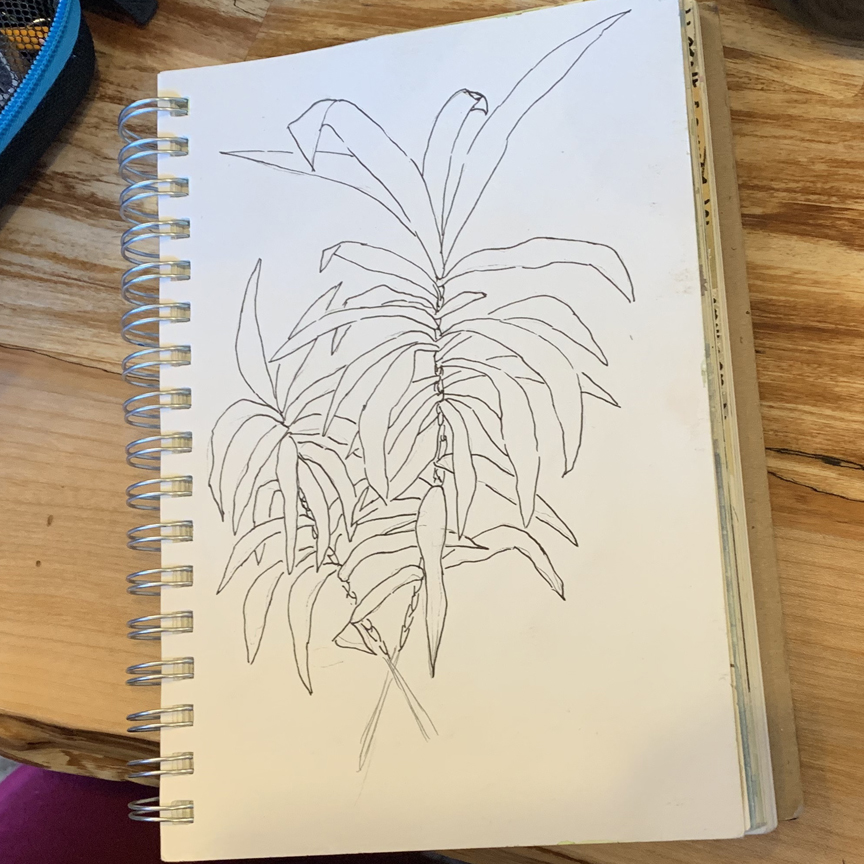 The tall potted plant in the corner caught Danita’s eye, and did she ever have fun with those overlapping leaves – delightful sketch!

Serge does such a good job at sketching from his phone, and gets the all the pertinent scene details, including shadows. Well done. 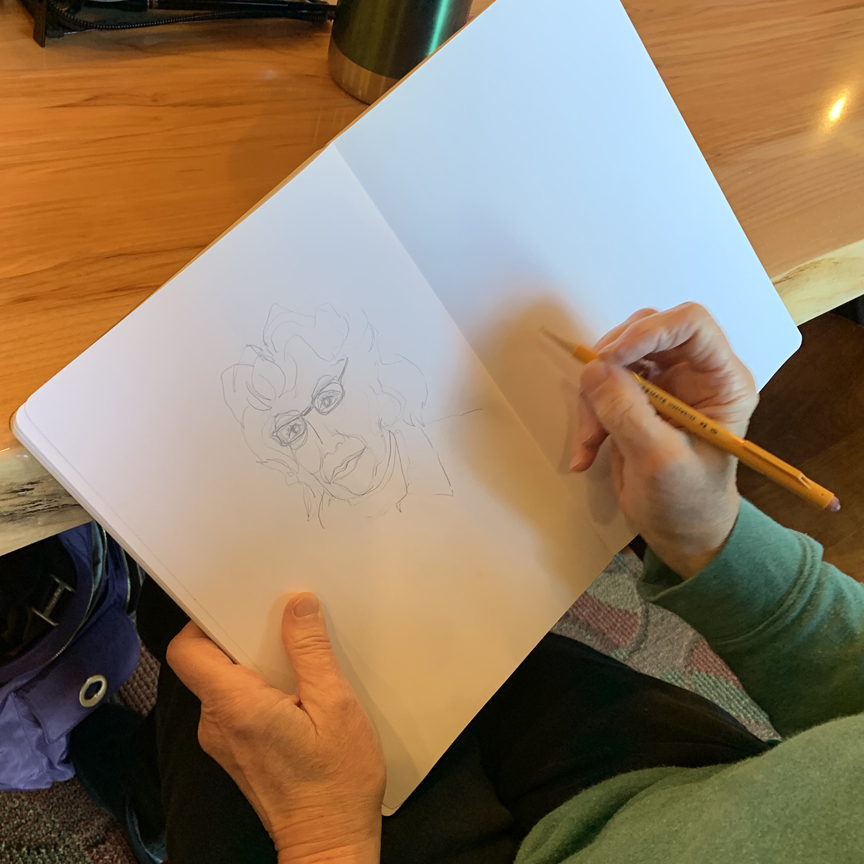 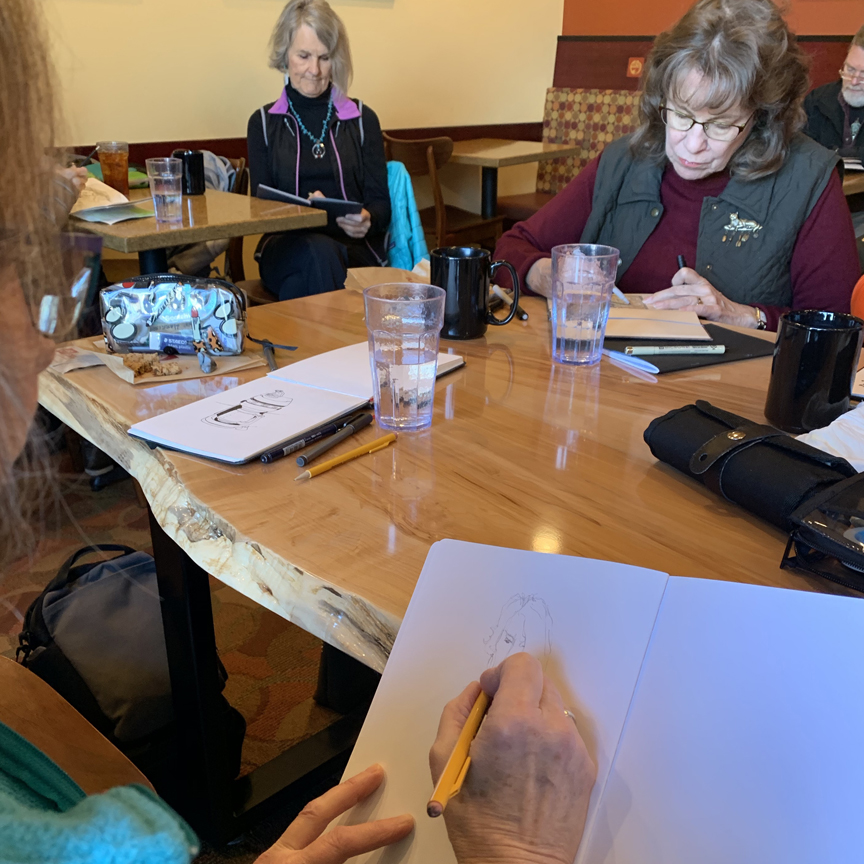 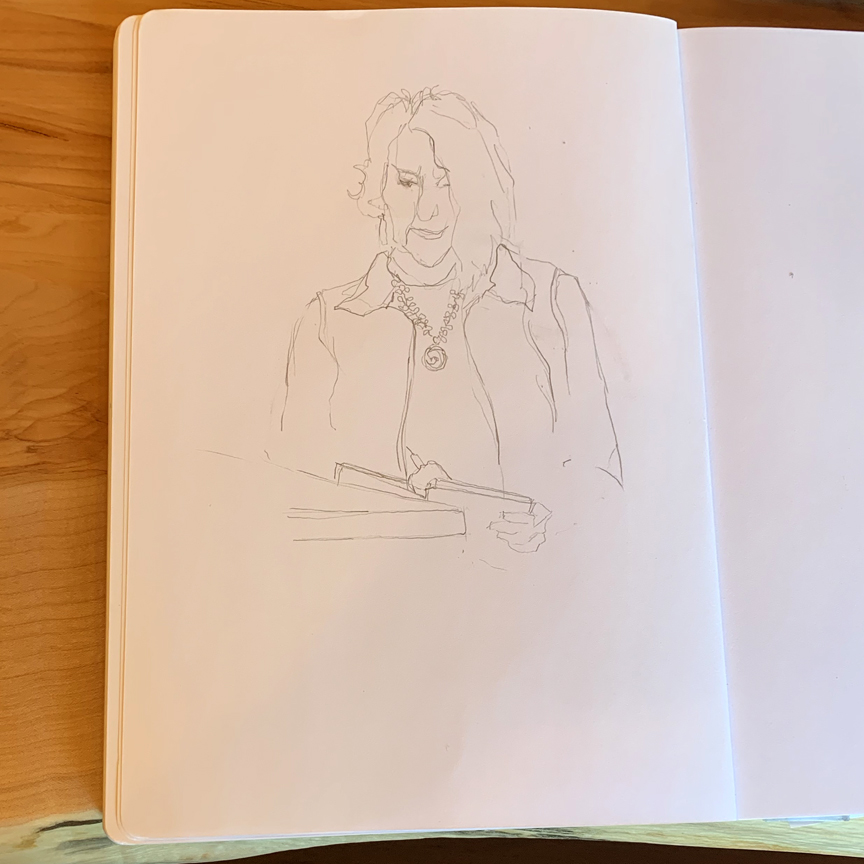 Marsha is honing her portrait sketch skills –  see her two models, from right to left, Bev & Sandy. She’s such an inspiration in her work. 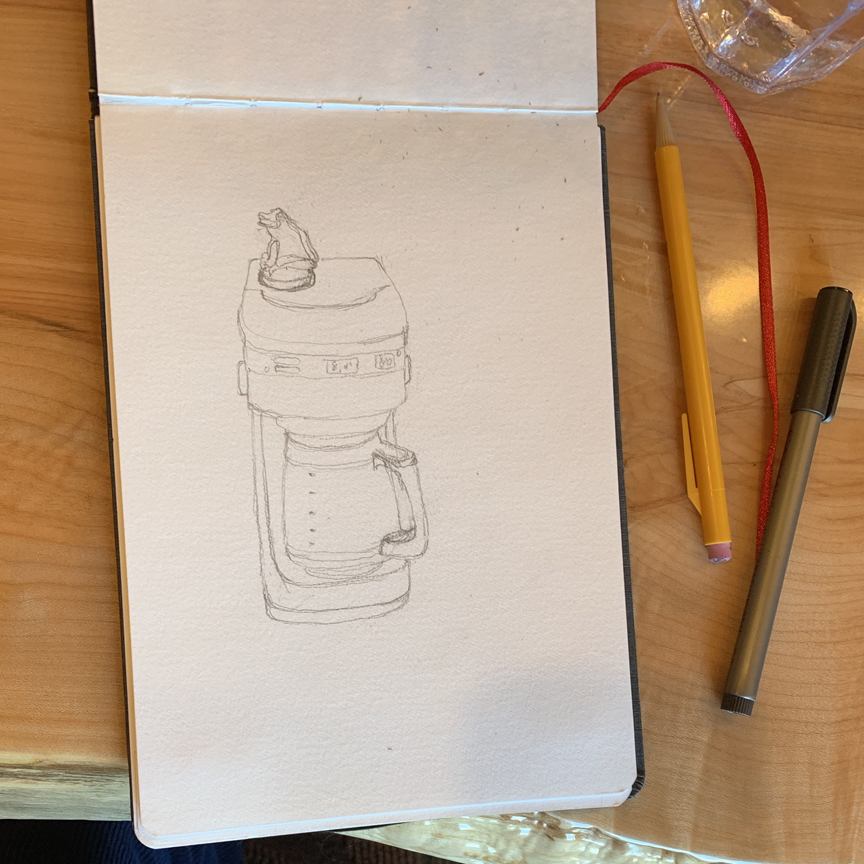 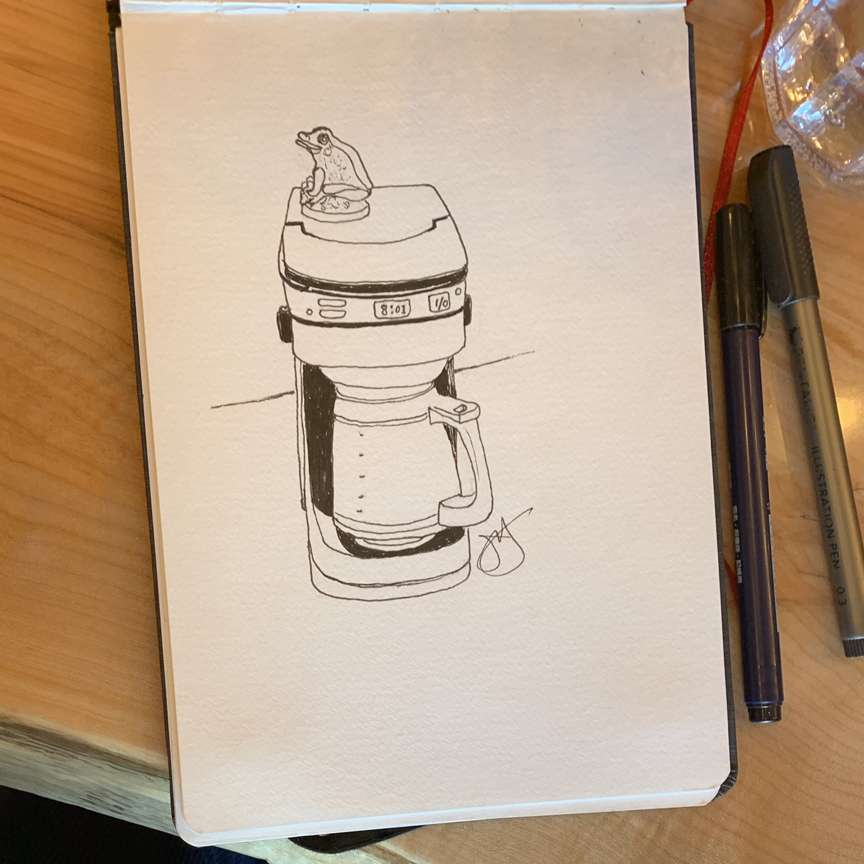 Jane was working on a photo from home – the coffee maker lid got warped by an under counter light, hence the frog doorstop on top!

Barb Sh was quite expressive telling us about the statue of Il Gubbio in Venice and stories that have evolved about him (see her writing).